Walter
7 years
Very clever update, I can't wait to see where this goes (I actually can't see where it is going to go but that's probably good)

JasonRM
7 years
I'm extremely confused, but I love the references!

Anyway, I know this will live up to the previous Path to Power's!
1
Login to Quote

Yeah, the idea is to keep you guys guessing who the manager is and where he will be managing until the very final minute

Dyke: It Was For Our Future 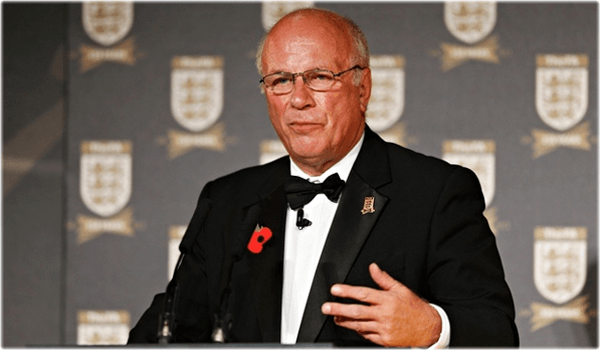 Ex-FA Chairman Greg Dyke spoke of his outrage to have been sentenced to court, despite having evidence against him for a conspiracy which saw the English national team suffer an early exit from this summer's World Cup in Brazil. The sixty-seven year old from Hayes, Middlesex, claimed his actions were for 'the greater good' and that England's football would only prosper in future competitions.

Greg Dyke: "Yes, I am responsible for contaminating our players' diets with the substance named Jetmirche123 and my intention was indeed to destroy their chances of qualifying beyond the group stages. My plan was to destroy their fitness and leave them jaded for each fixture. As you can see, the plan worked perfectly. Our national team was broken and feeble and demoralised as a result. We conceded goals far too easily and were knocked out without a chance.

Why did I plot this? It's simple; it was for our future. The stupid, clueless, idiotic, self-absorbed England fans that sit at home force us in to calling up players such as Raheem Sterling, Luke Shaw, Daniel Sturridge, Danny Welbeck and plenty of others, who have no real experience of being part of a winning team. How are we supposed to fucking win anything with kids who don't have any experience of it? We need players like Milner, Heskey and Crouch in the team; people who have experience of winning trophies. These guys have the right mentality, not these so called wonderkids who have no medals to their name."

When interrogated as to who else was involved, Greg Dyke revealed the ex-FA General Secretary Alex Horne as his partner in crime. The man-on-trial also labelled Joey Barton to be partially responsible as it was reported that Barton would be featuring in future English line-ups after the international retirement of former skipper Steven Gerrard.

Greg Dyke: "Alex Horne was my partner in all of this. We're not ashamed of what we did. It was for the country's best interests as far as we were concerned. Joey Barton can agree with you on that. He will most likely be seeing game time in future English line-ups because he is a tough midfielder. He is experienced and knows how to beat a man down. We needed to get rid of the show-boaters from our team. Old-fashioned, hard-working football is the way of the future. Just watch and learn. Anybody who thinks otherwise should go fuck themselves because they're deluded twats."

Greg Dyke's foul language also merited him an additional six months to the charge which he will receive for his actions. There will be more live court action tomorrow and be sure to keep updated by following our Twitter account and Tweet your opinions using #FAConspiracy.

Josh_MU
7 years
"We need players like Milner, Heskey and Crouch in the team"

Walter, so my plan is working then!

Barton: Dyke Is A Psychopath 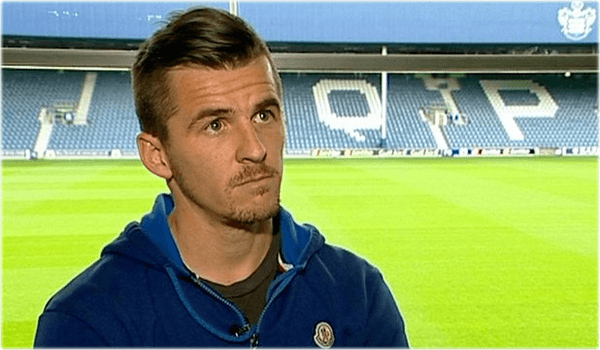 Just hours after Greg Dyke had accused Joey Barton of being involved in the FA Conspiracy during today's trial action, Sky Sports News reporters quizzed the man in question on the current situation and allegations made by the currently imprisoned Greg Dyke. Joey Barton was less than impressed by the news surrounding him.

Joey Barton: "I'm telling you now, Greg Dyke is a fucking psychopath. He has absolutely no clue what he's saying half the time and now he's trying to implicate me, a man who's actions are well documented with great interest by the general public, in an absolutely horrendous conspiracy. He's a fucking muppet, I tell you and he deserves to be hanged for what he has done and for what he has said. Nobody respects him and nobody ever will.

Yes, I am disappointed that I was not selected for the England squad for the World Cup as I do feel that I am a top-class player and my performances in recent seasons have shown that. I have no clue as to why Jordan Henderson and Jack Wilshere were selected, they're just small fish in a big pond. Me, I'm more of shark; I'm a predator. I take my chances, I do the right things on the pitch and I take nobody for prisoner. I am the all-round perfect midfielder, I should have been picked. When I play for Queen's Park Rangers, I play with my heart and my head and I am one of the reasons as to why we are back in the Premier League. It's a wonder as to why Roy (Hodgson) hasn't picked me.

But that is just my opinion. If Roy Hodgson wants to let the press dominate his every move and pick the team for him, so be it. If he wants to pick drama queens like Henderson, Wilshere and Sterling, so be it. These guys have fancy footwork and an extra yard in their stride but they don't have my brilliance. I should be in the national team, no question about it. That doesn't mean I would get involved in a conspiracy which would allow me to break in to the team, however. No, I am not that stupid. This was all Dyke's doing and he's just trying to justify his work by making me a scapegoat. Well, you can fuck off back to your tranny wagon of a kip back in Hayes, Greg, because you're not pulling any wool over anybody's eyes this time. Your time is done."

Joey Barton is yet to be brought in to custody for questioning by the police but it is expected that actions will be taken to pursue Dyke's allegations in the near future. What do you make of Barton's interview? Follow us on Twitter for updates and Tweet your reactions using #FAConspiracy.


Previous Update: Dyke: It Was For Our Future
Next Update: Hodgson: He Stabbed Us In The Back
Login to Quote

MJK46
7 years
#InBartonWeTrust. Great story so far. Will be following
1
Login to Quote

Joe
7 years
Aha, that is a top class update!
1
Login to Quote

Jack
7 years
This update was perfect in every way