Jack, I'm glad I pleased you

Josh_MU, he does what he wants

Hodgson: He Stabbed Us In The Back 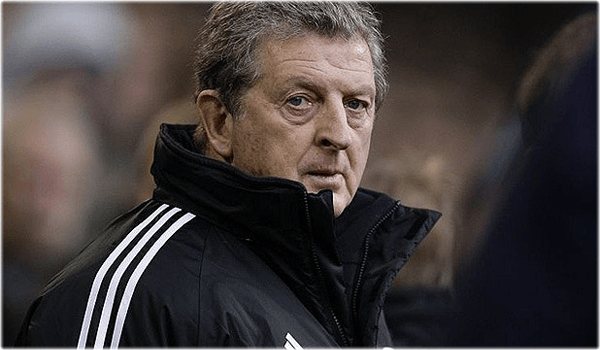 Roy Hodgson held a press-conference at St. George's Park earlier today to discuss his opinions of the current situation regarding the FA conspiracy which left the national team in a state of turmoil in this summer's World Cup in Brazil. The experienced gaffer was distraught with what has happened and shared his disappointment in Greg Dyke and his comrades.

Roy Hodgson: "It is a real disappointment to hear that the chairman of your country's Football Association has conspired to work against you and helped our rivals defeat us in the World Cup. How could anybody do that? In my eyes, it is an act of treason and he has broken the hearts of millions around England and we are now the victim of global humiliation as a result. His actions have cost this country severely and will scar those who played in the tournament for the rest of their lives.

Greg's reasoning behind his actions was pitiful; a child's excuse to undermine those who work hard day in and day out to attempt to bring back some pride to our nation. If he wasn't happy with who I called up to my squad, he should have just told me instead of getting involved in a conspiracy which could cost this country severely. The fans who support us do not pick the team, I pick the team. It is purely my decision as to who I feel will perform the best for me. Either way, the fans beg for the likes of Sterling, Henderson and Wilshere to play for a reason; they are fantastic, gifted young players who add a lot to our team when they do play.

I cannot stress the importance of having people in charge who I can trust and depend upon and this week we found out that Greg Dyke is not one of those people. It is a shame to see Prince William removed from his role but an overhaul in staff is a priority and is required in order for us to get back on our feet. Nick Sherwood has come in and I will be meeting with him over the coming days to discuss the future of the FA and my future as England manager. I am not leaving but I need to have some sort of security and assistance for me to accomplish what we want to do.

Greg Dyke has his work cut out for him now to evade serious charges for the allegations against him but I do hope that he is brought to justice. He stabbed us in the back and he deserves to be punished as a result. I do not wish to undermine the work which Dyke has done for this country before this summer because he was a great man. I don't know what happened to change him but I curse the day he changed. He was a gentleman once but is one no longer and should not be treated as one. A great act of redemption would be required from him for the country to forgive him."


Previous Update: Barton: Dyke Is A Pschopath
Next Update: Beckham: I'm Resigning From My Role
Login to Quote

Tallery
7 years
Great update, wonder of he will resign because of it?
1
Login to Quote

TVDLC123
7 years
'Nick Sherwood has come in...'
How low has England fallen

Beckham: I'm Resigning From My Role 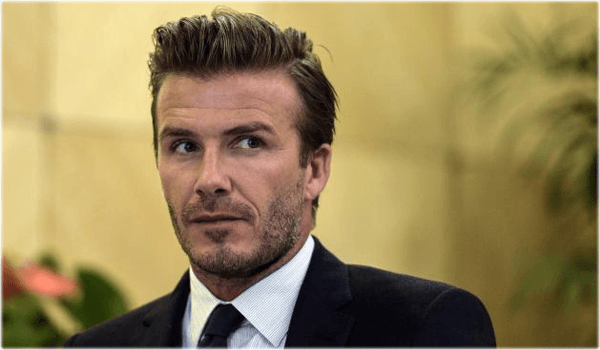 Manchester United and England legend David Beckham joined in on the criticism of Greg Dyke's conspiracy which spoiled the country's World Cup run this summer and openly criticised the ex-FA Chairman for his cluelessness regarding squad management and the pressures of being involved in the national team.

This controversy is the last thing which this country's football team needs right now. We had experienced some very tough campaigns recently but we had come in to this one full of confidence with some very exciting players in our ranks. The likes of Daniel Sturridge, Danny Welbeck, Raheem Sterling, Jordan Henderson and Luke Shaw had all become England regulars and with players of their quality, we had a serious chance of reaching the latter rounds of the competition. Then big old Greg Dyke decides he doesn't like the team and poisons them. It was a filthy, underhanded thing to do which undermined Roy Hodgson's management ability and has destroyed the players.

Greg Dyke must have been tripping on this Jetmirche drug himself because only a man off his face could make a decision so vile and sinister. This summer, he proved he had no real footballing knowledge because only a fool would dismiss the ability of Sterling, Sturridge and co. and favour players who are past their best. He is a business-man, first and foremost, and football came second to him, always. We need a man who's interests are in how England can perform, not who they perform with. If Greg thinks he knows better than Hodgson, then he should have appointed himself as manager of the team rather than poison our players.

I was proud to be an Ambassador for the English FA but I must resign from my role. I cannot represent something so sinister and sickening, because I do not support it and I would never condone such an action. We encourage the need for fair play in football every single day and drugging our own players is not fair play. If this is how chairmen act under pressure, then I do not wish to be a part of it, you can count me out.

What will I do next? Perhaps I will return to football in a managerial capacity, it is something which interests me. I have some unfinished business in football and I would like to follow in the footsteps of the likes of Fergie (Sir Alex Ferguson) and (Sir Matt) Busby. Perhaps one day I can lead out the English team in a World Cup stage and hopefully I won't have my players drugged before each game."


Previous Update: Hodgson: He Stabbed Us In The Back
Next Update: Dyke Walks Free
Login to Quote 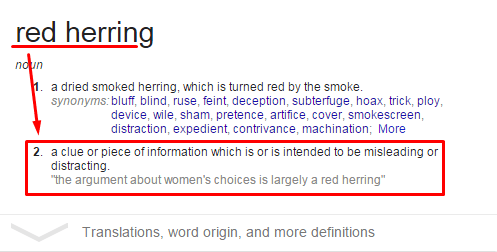 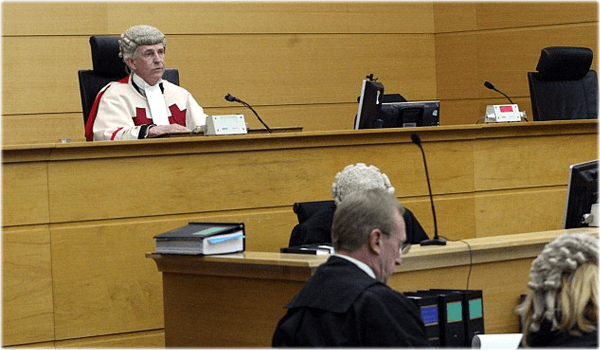 Ex-FA Chairman Greg Dyke has had all charges on him for his conspiracy against the national football team dropped after he agreed to pay a large sum of money to the FA, where he had previously worked. The court order for his release was sanctioned no less than half-an-hour ago and it is expected that all future charges and allegations will be dropped as a result. The judge who officiated the trial of Greg Dyke, Judge Michael Stam, signed Dyke's release papers within minutes of receiving them.

Greg Dyke exited Woolwich Court to an ominous crowd of protesters who fired verbal abuse and harmful projectiles at the shamed former chairman. People littered the streets armed with eggs, potatoes and other small foods while others drew banners proclaiming their distaste in the court's handling of Greg Dyke's trial. In order to secure the safety of the defendant, Greg Dyke has been placed in protective custody until the public unrest is resolved.

The common football fans are not the only people enraged by today's court proceedings as a number of pundits took to Twitter and Facebook to voice their disappointment. Sky Sports' Jamie Carragher had a number of opinions on Greg Dyke and his release from jail.

Jamie Carragher: "I think it's disgusting that Greg (Dyke) has been allowed to walk away from his crime without a sentence. He deserves to be punished for what he has done and the court, the one group of people who's objective is to create a level of fairness and equality in our country, have set him free. What has this world come to? People like Greg (Dyke) have proven today that if you have a large amount of money, you can get away with anything. Is it fair? Absolutely not.

Not only is this an embarrassment to the justice system of this country but also to the FA, and England. People from all around the world are laughing at us smugly now. We have lost all of our respect because of the will of one man. He has hung us out to dry and now we will all suffer as a result. I don't know what to think about English football and it's politics anymore, it has turned beyond ridiculous. Becks (David Beckham) was right to leave his role as Ambassador of the FA because it is a shambles and everybody involved has had their image tainted."

Walter
7 years
Greg Dyke is the manager, you heard it here first 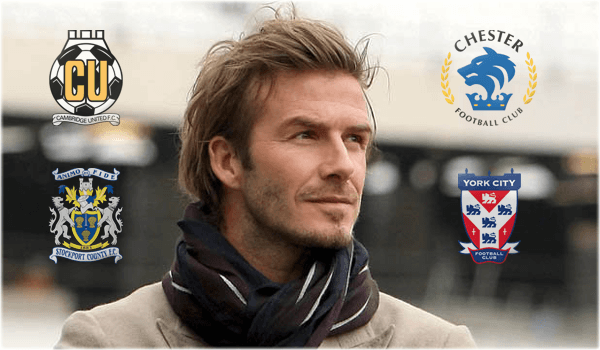 In a summer where controversy in English football has hit an all-time high following Greg Dyke's escape from a jail sentence, heads have turned once again as David Beckham prepares to enter the world of management. The former Manchester United and English player recently resigned from his role as Ambassador of the English FA, following the revelation of the heart-breaking conspiracy which left English football in a state of turmoil, and is now expected to make his name as a manager in the coming days.

The formed midfielder made his intention of becoming a football manager clears last week and has reportedly earned himself interviews with four clubs in the lower leagues of English football. These clubs are Cambridge United, Stockport County, Chester and York City. In order to have enough time to prepare for the upcoming season, the interviews will take place over the course of the next two weeks to allow David Beckham enough time to work with his new squad.

It is expected that wage demands should not be an issue for the knighted football legend, who earns more than enough money from his own range of aftershave and clothing, not to mention his illustrious modelling career. This is a major boost for clubs in poor financial positions who may have not normally have been able to meet the demands of a high-profile manager. While no major clubs are willing to make a gamble on a manager with little experience, former team-mate Gary Neville feels that a spell in the lower leagues would provide David Beckham with vital experience.

Gary Neville: "David (Beckham) is a very humble man and I know that wherever he ends up, he will succeed. Many people may be surprised that David has accepted invitations to interviews with lower clubs but I feel that time in the lower leagues would only benefit him as a manager. There is a huge difference between working with money and quality players and working with no money and weaker players. If David can perform well with a weak side, he can perform with a strong side."

Ziechael
7 years
Hmm, the plot thickens... who else is going to be backed for the job?
Login to Quote