Verdinho
5 years
Some nice cash back on the Ramos deal, having had virtually no impact at all. Someone ought to inform B dot that Atletico have plenty of wingers

pompeyblue
5 years
Some good sales their, and even better for Dortmund to get Reus tied down to a long contract!
Login to Quote

NVDTahir
5 years
Tying Reus down on a long term contract just gave Brian one hell of an upper hand on Michael... glad ypu sold Ramos, he is awful on FM lol
Login to Quote

Walter: 10 Finishing indeed, but 18 Heading. In real life he scores LOADS of headed goals, but relatively few with his feet, so I suppose it's realistic. Certainly not good enough for Borussia Dortmund, though!

P-KIDDY: "No impact" is actually an understatement! And, to be fair, Atletico only really has Antoine Griezmann as a natural winger, though you might count Cerci as one, too.

pompeyblue: Thanks pal, feels great to get a star down to a long term deal

NVDTahir: Yes, at last Brian has won a battle with his older brother! And my goodness, yes he is awful 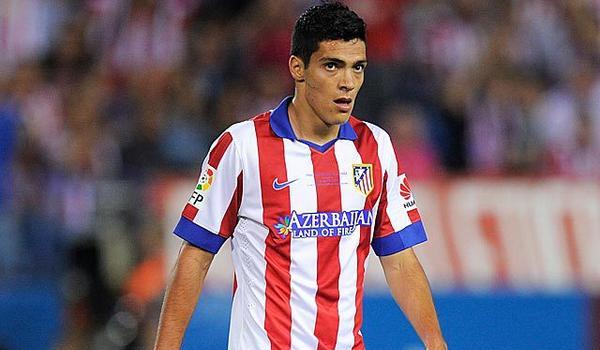 
Raul Jimenez is one of Mexico's many excellent striking talents in world football. With Javier 'Chicharito' Hernandez and Carlos Vela (albiet only at the club level for Vela) making waves in La Liga with Real Madrid and Real Sociedad respectively, many fans of El Tri were hoping that Raul Jimenez could be added to that list when he made the move to Atletico this summer.

Jimenez had been quite prolific over the last two seasons for Club America in the Mexican top division, scoring 30 goals in 74 Liga MX appearances. Following los Colchoneros' sale of Diego Costa to Chelsea, Raul Jimenez came over to the Estadio Vicente Calderon for a fee of €10.75M to fill the gap alongside Mario Mandzukic.

Things didn't quite turn out that way, however. After Diego Simeone left and Michael Laudrup came in, it seemed the young Mexican wasn't in the Dane's plans at all. This was made apparent when Mattia Destro arrived in the capital; Jimenez went on to make only four appearances in all competitions for Atleti over the next few months, starting only once, and not scoring a single goal or assist.

Thus, the goal poacher has been transferred to Portuguese giants SL Benfica for €7.5M. The club, currently battling Sporting, Porto, and Braga in the race for the Liga ZON Sagres title, will hope that Jimenez can create a formidable partnership with either Lima or Jonas to fire SLB to the top.

"I'm very happy to have moved to Benfica," Jimenez told reporters at his unveiling, holding up his new number 9 jersey. "Sadly things did not work out at all back in Spain, but I am now ready to start anew here and make the best of this experience to grow as a player and win trophies." Jimenez put pen to paper on a five year contract worth €16k per week with the club.

Verdinho
5 years
A shame, really. Jimenez is actually quite decent, but you don't need him now, anyway. You should have sold him to Sporting!!!

P.S. Prior to this update, Atleti also have Turan, Koke, Cerci and Raul Garcia, who all function very well out wide. That is what I meant by Atleti have many wide options.
Login to Quote

mo_123
5 years
It is good to sell him if he is not your first choice, let him realise his potential elsewhere.
Login to Quote

Walter
5 years
Yeah, what was the point in signing Destro when you had this guy?

Is this because he's Mexican, Neal you American? hmmm.

Neal
5 years
Feliks: Who even needs him

P-KIDDY: Sporting didn't bid! And, the thing is, Garcia isn't very good out wide, and while Koke is a good MR, he can't play all too well as an AMR. Turan and Cerci, I will admit, are good wingers

No1VillaFan: Yeah, sad I couldn't give him much of a chance. Thanks though

mo_123: He's a good lad, I'm sure he'll do wonderfully elsewhere, and I have a bit more money to spend

Walter: To be honest, I really could've done fine with Jimenez, but I've always had a thing for Mattia Destro, having used him in every successful story so far...it was meant to be 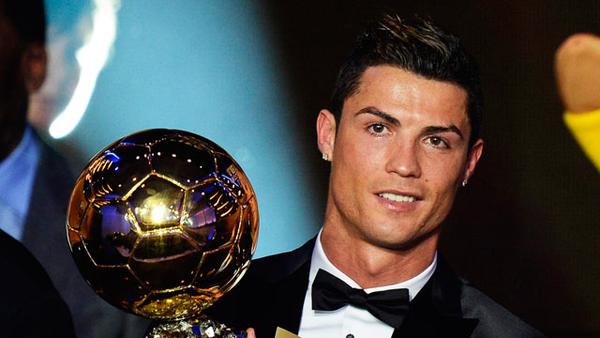 In an almost landslide victory, Real Madrid superstar Cristiano Ronaldo has won his second straight Ballon D'Or (and third total), proclaiming him the best player of the 2014 calender year. Barcelona star and perennial rival Lionel Messi finished in second place, while his teammate Neymar was a very distant third.

It has been a truly incredible year for the winger. Scoring at unheard of rates, just over one goal a game, the Portuguese man won no less than five trophies in 2014 with Real Madrid. Three were relatively minor; the Supercopa de Espana, the European Supercup, and the Club World Cup, but the Copa del Rey and especially 'La Decima', Madrid's 10th Champions League triumph, have paved the way for Ronaldo's glory this year.

Ronaldo picked up where he left off when this season began, and he's scored 21 goals and added 11 assists for Real Madrid since August. Always dazzling the fans and the opposition with his fleeting footwork, incredible pace, and clinical finishing, there is no doubt that Ronaldo is one of the best players this world has ever seen. 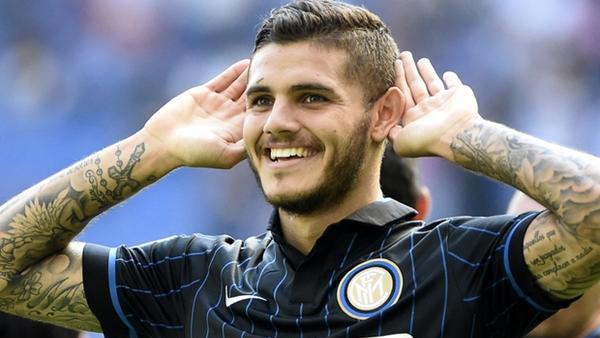 Mauro Icardi was also recognized at the gala yesterday when he won the European Golden Boy award for his outstanding performances at Inter Milan.

Another footballer recognized was Argentine striker Mauro Icardi. The 21 year old won the European Golden Boy award, having scored 14 goals in 21 appearances so far this season after emerging as the Nerazzurri's first choice front-man.

Always considered a bit of a maverick, Icardi has really improved his game since his Sampdoria days and even his first season at Inter. The striker has added a level of composure and physicality that was previously lacking, and he has the goals to show for it. The Golden Boy award, previously given to the likes of Mario Gotze and Paul Pogba, is a sure sign of a young player with loads of potential.

The FIFPro Team of the Year was also released, featuring a number of shocks. Lionel Messi and his Barcelona teammates were excluded from the first team, sending shock-waves across the world. Surprisingly, Ricardo Rodriguez and Jerome Boateng made the team, while Borussia Dortmund star Henrikh Mkhitaryan got a stunning selection after scoring 15 goals in 25 games so far this season. The full team is as follows:

That's it for awards across the world this year. Now we roll on to 2015 as it all begins fresh to determine the best players and clubs in the world. Can Messi return to the limelight? Will Cristiano defend his title and match Messi with a 4th Ballon D'Or? Will a new legend rise? Only time will well.

Iconic
5 years
Some interesting transfers Neal but keep plugging away and glad to see Reus sign a new contract keep up the good work!!
Login to Quote

mo_123
5 years
No Costa in team of the year. I'm shocked
Login to Quote