Justice
5 years
Too much Ronaldo
Login to Quote

Neal
5 years
Walter: Yeah, he really deserves to win it in real life, though I think we all have a secret desire for Manuel Neuer to win it!

Iconic: Thanks pal! Now that we've gotten rid of some dead-weight and sealed up some contracts, we can perhaps try our hand at bringing a player or two in

mo_123: He's been good but not spectacular at Chelsea. Some might argue that his form for Atletico might merit a spot, but Aguero has been on fire for City in my save, scoring a goal a game! He deserved to make it, I think. 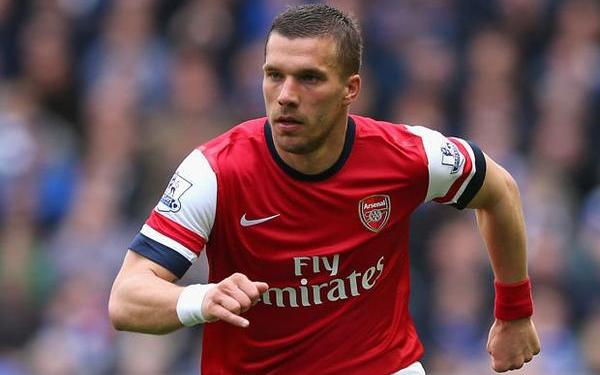 German superstar Lukas Podolski, who has fallen far out of the good graces of Arsenal manager Arsene Wenger, will spend the rest of the season in Spain with Atletico Madrid.

Lukas Podolski has always been one of world football's greatest enigmas. He has made 119 caps for the world-champions Germany and has scored no less than 47 goals (3rd in German history in both statistics), but, for one reason or another, he has never consistently been able to reproduce that form at the club level.

This hasn't stopped him from enjoying some reasonable successes over the course of his career. A bit of a failed stint on a personal level at Bayern ,where he won the Bundesliga, was sandwiched by better showings at hometown club Koln. 18 goals in 29 league appearances in the 2011/12 season, however, earned him a much-anticipated move to Arsenal FC.

After a decent first two years where he scored 19 goals in 53 appearances, Podolski fell out of favor with Arsene Wenger. The German wanted to play in a more central role, where he did during his most successful times with Koln, but Wenger and others stayed firm that Podolski would play out left, where he had so much success with Die Mannschaft.

Having made just 7 Premier League appearances this year so far and scoring just one goal, the 29 year old was placed on the transfer list at the Emirates Stadium. He has since signed with Atletico Madrid for the remainder of the season on loan, with los Colchoneros paying €450k for his services, with an option to buy at any time for €7.25M.

"Lukas is a really good signing for the squad," Atletico manager Michael Laudrup told the press at Podolski's unveiling. "He can play up top or out wide, to help provide cover and challenge for a first team role. If he impresses, we may consider bringing him in permanently, but for now I know he will put in good performances and help us win many games."

Feliks
5 years
He can score..... it's just a matter of getting to the positions to score

pompeyblue
5 years
Top notch stuff with the updates, as always Neal.
Bit surprised you've signed Podolski, but then his goal scoring record is pretty good so hopefully he can bang in a fair few, for ya

Neal
5 years
Feliks: We'll see what we can do

To be fair, he has incredible shooting abilities!

Walter: Frankly, no he couldn't have. Jimenez can't play left wing. Podolski, on the other hand, is excellent on the left, as his record with Germany shows, and that's where I plan on using him at Atletico.

pompeyblue: Thanks Josh! He's a bit of a surprise signing, I know, but I think he can give us a good goal-scoring option from the bench and a bit of depth for a nominal fee!

STORY OF THE MONTH!


Thank all of you guys so much for your incredible support. All of my followers drive me on to keep producing higher and higher quality updates, and thank you especially to everyone who went out and voted for me in the poll. It means the world to me to win the first FM15 Story of the Month, and I hope that I can continue to entertain you all with the wonderful tale of the Laudrups! 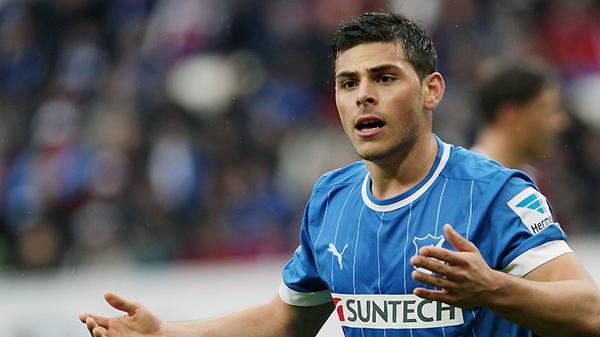 Borussia Dortmund manager Brian Laudrup has dipped into the transfer market to sign promising German winger Kevin Volland from Hoffenheim for €17.5M. The 22 year old has put pen to paper on a €65k per week contract through 2019, ready to make a breakthrough for both club and country.

After completing the sales of Adrian Ramos and Oliver Kirch just a week ago, many people where wondering if Borussia Dortmund would wet their feet in the market to regain the depth in their side and infuse the team with that extra bit of quality. The answer has since become quite apparent, in the form of ex-Hoffenheim Kevin Volland.

Always considered a young player with amazing potential, the Marktoberdorf-born attacker started really making headlines last year when he scored 11 goals in 33 Bundesliga appearances for Hoffenheim. He only has 2 goals in 10 appearances so far this season, but he has continued to impress fans and pundits alike with his hard work, his determination, and his attacking ingenuity. 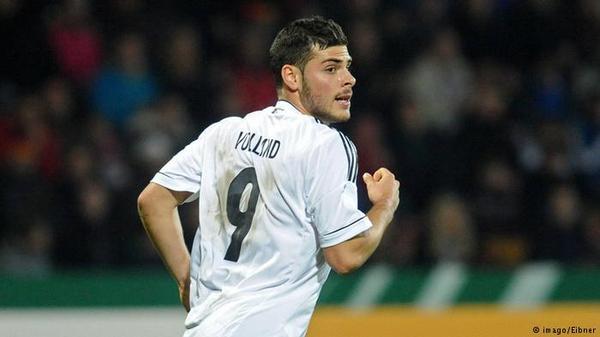 During his best stretch of form last year, Volland received his first Germany cap against Poland. He will hope to further his international as well as club career at this higher profile club.

With Karim Bellarabi as Brian Laudrup's only real right wing option, due to the Dane's preference for Pierre-Emerick Aubameyang to play as a striker and the sale of Jakub Blaszczykowski, Kevin Volland will likely provide Bellarabi stiff competition. Both young German wingers have a lot to prove nationally and will be difficult to displace from the lineup.

"I am extremely excited to make the move to Dortmund," Volland told reporters at his unveiling. "I want to thank Munchen Lions and Hoffenheim for everything they've done for me to get to this point in my career. It was my dream for a young age to win the Bundesliga, and now I think I can achieve that over the coming years in Dortmund."

Volland could make his Dortmund debut late this month against Paderborn when Dortmund return to action after the winter break on January 24th. Until then, he will begin training promptly in an effort to start to gel with the team and begin his potential transition into one of Germany's all-time greats.

Josh_MU
5 years
Firstly congratulations on winning SOTM Neal! It was never really in doubt was it?

Also, Volland is a quality signing, hopefully he'll be banging in the goals for Brian Laudrup!
Login to Quote

jason_connolly1987
5 years
I've been away for quite a while and this has been my first look on FM Scout in a long time, so obviously seeing a Neal story, it was a must read.

I loved your Roma story and this one has the potential to be even better - as unimaginable as that seems!

Keep up the good work buddy!

Walter
5 years
Big money move, he will repay the transfer fee no doubt.
Login to Quote

mo_123
5 years
He can score a goal, all right
Login to Quote

pompeyblue
5 years
Big congrats on the SOTM victory Neal, and an excellent signing in Volland.
There will be quite some expectation placed on him, especially with the fee being paid, but I'm sure he'll excel in your Dortmund side!
Login to Quote