Well, my friends, FM15 is not too far away, and I am itching to get something new started after finishing my Giuseppe Bergomi and Francesco Totti stories that I wrote for so, so long. This time around, I've finally decided to diverge from my usual Serie A adventure and try out something new. Due to my experience in charge of the Danish national team in FM13, I feel a certain tie to them, and thus I have chosen a rather unique path for this year's story involving two of Denmark's all time greats.

I'm only starting so early because I'm so eager to get back underway. Plus, hopefully this means by the time FM15 comes out, I can jump straight into the football related updates and really get this story ready for the long haul; I hope this story will have longevity similar to those of stories past. 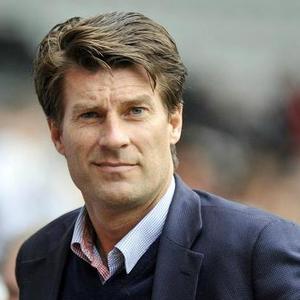 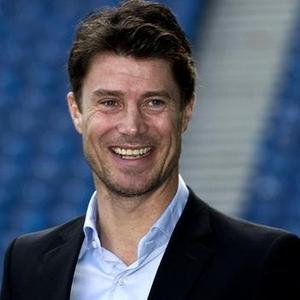 I will be using no less than two managers in my story; two legends of the game, two heroes of the Danish national team, and two brothers that grew up together; Brian and Michael Laudrup. I will follow their divergent paths in the world of football managing as they both pursue their own individual goals over the course of their managerial careers, and see which can truly carry on the Laudrup Legacy.

Justice
6 years
Good luck, I know this will be legendary!

Zap
6 years
A NEAL STORY!!!! Can't wait, it's quite clearly going to be awesome!
Login to Quote

Rablador
6 years
Absolutely disgusting. Total felony. Clearly copied from Chelsea Weak *shakes head*.
Good luck though. Just watch that Michael doesn't file a lawsuit if he gets sacked. I'm counting on you to keep him under control, Bri.
Login to Quote

Tallery
6 years
Good luck Nala, must read this from the beginning!
Login to Quote

Walter
6 years
You didn't use the pun smh

Neal
6 years
Thanks all of you for the support, I can't wait to get this underway and hopefully enjoy some wonderful writing and footballing success

Rablador: You got me, I was hoping nobody would notice...chelsea weak is just such an inspiration for me

Walter: It'll make an appearance in the story eventually, keep your eyes peeled

Feliks
6 years
So no McBride?

a_esbech
6 years
A Neal story? With the Laudrup Brothers? I can hardly contain myself!
Login to Quote

Joe
6 years
YAY another Neal story...Hopefully this will be as good as the others, and I will read this whole thing!
Login to Quote