pompeyblue
5 years
A good pre-season, indeed! Hopefully you can take this form and momentum into the competitive fixtures, starting with a big win over Bayern!
Login to Quote


A fricking big one

Neal
5 years
mo_123: Erarslan is going to be a heroic striker one day!

Justice: El Haddadi looks like he's going to be a superstar!

pompeyblue: It's going to be tough, but I think we can pull it off!

Walter: A humongous one

Feliks
5 years
Please beat Bayern, otherwise Walt will break the site with a massive post about how much he hates them.
Login to Quote

Neal
5 years
Feliks: I will do my best, if only for Walter 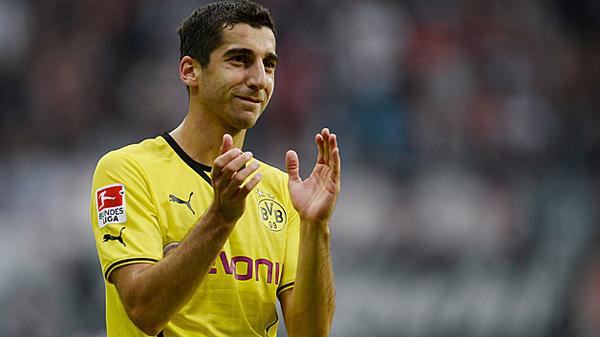 Borussia Dortmund have received a record transfer fee of €50M as one of their best players from last season, Henrikh Mkhitaryan, has departed for Paris St.-Germain. The Armenian shadow striker has signed a five year contract in France.

In a shock super-signing, French moneybags Paris St.-Germain have completed a stunningly expensive move for Borussia Dortmund's Henrikh Mkhitaryan. The Armenian international midfielder signed a five year contract in the capital and will be on wages of €160k per week as he moves on to a new era in his illustrious career.

Mkhitaryan started off his career at Pyunik, where he scored 30 goals in 69 appearances over the years before moving to Metalurg D in Ukraine. 12 goals in 37 appearances there earned him the attention of Shakhtar Donetsk, and it was there that the goalscoring midfielder's career really took off. 38 goals over two seasons for Donetsk earned the attention of many top teams across Europe.

In the summer of 2013, Mkhitaryan made a €28.5M move to Borussia Dortmund to replace the outgoing Mario Gotze. He was an instant hit, and last season the attacking midfielder led the team with 22 goals in all competitions, lighting up the Bundesliga and the UEFA Champions League. 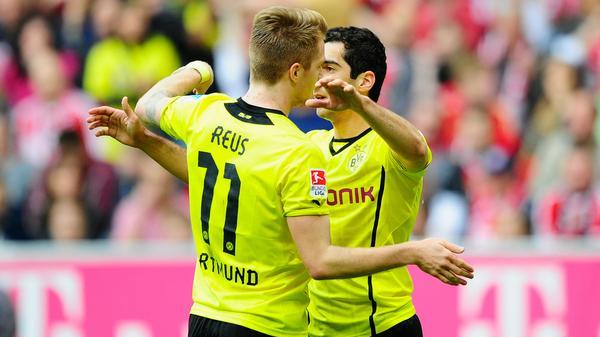 Known for his quickness, stamina, and ability to read the game and get into the right positions, Mkhitaryan is certain to be an instant hit at PSG. He will have some competition for a starting spot, however, with the likes of Ante Coric, Ezequiel Lavezzi, Javier Pastore, and recently signed Angel Correa all vying for the No. 10 role behind the strikers.

"I am delighted to go to France," Mkhitaryan told the press at his unveiling. "Paris is a beautiful city with a wonderful football team. There is a great project going on here, and I can't wait to be a part of leading this club toward European glory."

Laudrup and his staff have been quiet thus far on any potential replacements, but a few players are favorites to make the move to the Westfalenstadion. Bayer Leverkusen's Hakan Calhanoglu is supposedly number one on Laudrup's list, but Wolfsburg's Kevin De Bruyne is also being heavily linked with der BVB.

Oz96
5 years • Edited
A matching fee for his contribution, I'd love to see De Bruyne in the black and yellow shirt.
Login to Quote

.You should easily find a as good or better player then him. De Bruyne would be a good signing
Login to Quote

Neal
5 years
Oz96: Yeah, I think De Bruyne would be a more than capable replacement

JasonRM: Right?! And even after spending over €80M on Correa and Mkhitaryan, they're apparently going for a €35M bid for Coutinho too

Justice: Rolling in the €€€

mo_123: Absolutely cannot believe that they paid me this much! Sure, he's a good player, but that good?! 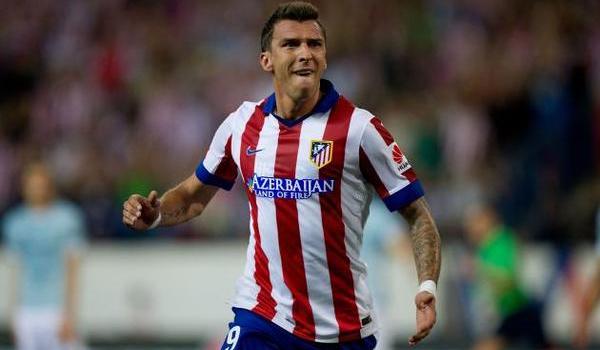 Atletico Madrid has completed their preseason in brilliant fashion, winning all five of their games and rising as the victors of a friendly tournament in England. The side outscored their opponents 20-3 in those matches, showing their strength ahead of the upcoming season.

The new signings got a chance to show their abilities in the side, and youngster Marco Ramkilde also impressed in his short stints with the first team. Let's take a look at the results:

Things started outstandingly for Los Colchoneros against Volga NN. Mario Mandzukic scored twice, starting his amazing form that led to him finishing the preseason with seven goals and three assists, including a four goal performance against Rayo Majadahonda in the final match.

The Croatian striker wasn't the only man making an impact up front. Teenage Danish striker Marco Ramkilde, widely considered Michael Laudrup's young protege here in Madrid, scored his first ever goal for the Atletico first team in the Friendly Cup Final against Leicester City in the form of a 66th minute game-winner.

Marquee signing Thiago Alcantara also had a stellar start to his time in red and blue. The Spanish superstar was influential in all of the matches he played and managed to pitch in a goal and two assists. He, Gabi, and Koke have formed an extremely formidable trio in the middle of the park.

Atletico kick off their competitive season soon in a home match against newly promoted Lugo before playing FC Barcelona twice in the Supercopa de Espana. With form and morale up and preparations complete, things are looking bright for 2015-2016.

mo_123
5 years
Apart from scraping a win against Leicester