Tallery
7 years
Not what I was expecting, at all.... Owen would definitely attract some clubs
Login to Quote

Josh_MU
7 years
Interesting! I wonder if Owen finds a good club to manage.
Login to Quote

Owen hired as No.2 at Hawks 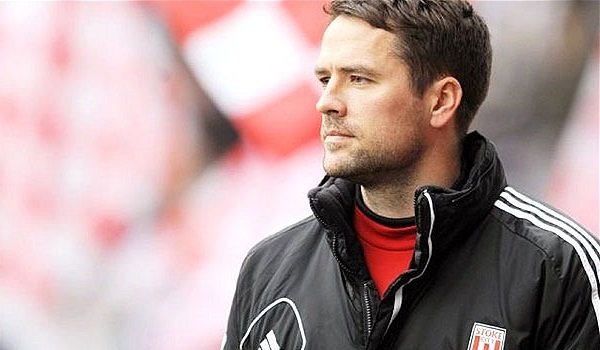 Michael Owen has been hired as the assistant manager of Vanarama Conference South side Havant and Waterlooville, a club statement announced.

Owen left his role working in the media just 3 weeks ago, claiming that he wanted a managerial position, and was eager to get back into the game he loves. But, with many teams rejecting him simply down to the fact he has no previous experience, the 4th highest England goalscorer of all time has been forced to accept an offer as assistant manager with The Hawks.

Playing their home games at West Leigh Park, Havant and Waterloovile were only formed in 1998 with the most famous moment in the club’s history probably coming in 2008 when they twice led at Anfield against Liverpool in the F.A. Cup 5th round, before eventually losing 5-2.

They finished 6th in the league last season, just outside the play-off positions, with the board seeing it fit to bring in a man with plenty of knowledge in the game albeit only in an assistant manager’s capacity.

With Lee Bradbury still in charge as manager, there was obviously no reason for a new manager to be appointed, but according to the statement released on the official club website, the opportunity to bring in Owen in any capacity was one they felt that they just couldn’t pass up on.

The statement read, “We were very impressed by Lee’s performance as manager of the club last season, and still believe he is the man to lead us forward, however the board felt that the opportunity to bring in a man of Michael Owen’s caliber onto the staff, was too good to turn down. We are sure that everyone at the club is looking forward to working with Michael, and we will be doing our best to help him settle in.”

Despite the club’s statement, Bradbury’s future at the club is of course in doubt, as it is unlikely that Owen will be wanting to sit around as No.2, when he has already firmly spoken about his desire to manage.


Last Update: Owen: Non-league interests me
Next Update: Bradbury to stay on
Login to Quote

Josh_MU
7 years
Being the assistant manager at a club like Havant and Waterlooville will really help Owen get some experience!
Login to Quote

Josh_MU
7 years
Being the assistant manager at a club like Havant and Waterlooville will really help Owen get some experience!
Login to Quote

Bradbury to stay on 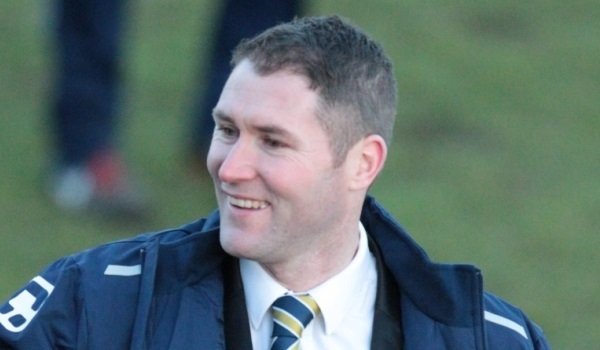 Lee Bradbury has put to bed rumours that Michael Owen could be in line to steal his position as The Hawks’ manager, by signing a new two year contract at the club.

Current Havant and Waterlooville boss Bradbury joined the club in 2012, having previously managed AFC Bournemouth for a season. He even took the Cherries into the League One play-offs during his tenure but lost to Huddersfield on penalties.

As a player, Bradbury played his trade as a striker, and in his later years, as a right back. His first professional club, and the club he was most successful for in his career, was Portsmouth who bought him out of the army in 1995. He eventually went on to play for clubs such as Manchester City, Oxford United and Bournemouth, amassing a total of over 500 appearances in the Football League.

Last season, he led The Hawks to the F.A. Trophy Semi Final and a 6th place league finish, narrowly missing out on the play-offs. It was a great season for the club, however with the surprising appointment of Michael Owen as assistant manager recently, which Bradbury himself wasn’t made aware of, suddenly he found himself under pressure and his job seemed in doubt.

But it seems as if this was all just speculation, as earlier today Bradbury put pen to paper with a two year contract extension agreed. Chairman Derek Pope said that after Bradbury’s excellent leadership last season, the least he deserved was a new contract, also saying that the gossip that he was about to be replaced by Michael Owen was taken way out of proportion.

”Lee has been a fantastic bloke to work with ever since he become manager, and after his excellent leadership last season, the least he deserved was a new contract. We believe he is the man to lead us forward, and has all the qualities to win promotion. Regarding the ‘jibberish’ that he was about to lose his job, it was all ridiculous and taken way out of proportion. Michael has been brought into the club to improve our team of staff and work with Lee, not to replace him.”


Last Update: Owen hired as No.2 at Hawks
Next Update: Havant and Waterlooville F.C.
Login to Quote

No1VillaFan
7 years
OOOOO michael owen, that is the way to do it, good luck and great start!
Login to Quote

Jamesg237
7 years
I hope Owen's management ability is better than his commentary ability which is close to dire! Good luck for the upcoming season.
Login to Quote

pompeyblue
7 years
No1VillaFan and Jamesg237: Cheers for the replies lads, but who says Owen is manager?

So, with the background updates to my story now out of the way, I think most of you will be able to tell that the club I have chosen to take charge of is Vanarama Conference South side Havant and Waterlooville. If you didn’t know already, Michael Owen will not be the manager and is instead taking over as the assistant manager with my chosen personal the Hawks’ current manager in real life, Lee Bradbury. The Owen situation is all just part of the plotline, so expect future involvement from him despite him not being the manager in this story.

Why was Lee Bradbury the chosen manager then? Why the Hawks? Well, not only are Havant and Waterlooville a local club to me, but they are an affiliated club to my beloved Portsmouth, so taking them up the leagues is something that naturally interests me. They have a pretty good squad for the league and I feel it would be a really rewarding challenge if I can take them to the top. Lee Bradbury is an ex Pompey player so that may have swayed my decision in using him however the main reason is that he is quite an unknown footballing figure so the prospect of building up his reputation along the way and making him a hero, is an interesting one, plus he did a good job in real life last season and is still young for a manager.

As the story and save progresses, I may move away from Havant as I do want to take quite a big focus on Bradbury personally however my original objective is to lead The Hawks into the Premier League and possibly even further. There of course some other jobjectives I would like to complete, listed below;

Club Aims:
• To achieve at least two consecutive promotions
• To lift 5 league titles
• To lift a domestic cup
• To achieve a European spot
• To keep an English core to the squad
• Develop youth players
• Improve infrastructure

FM King
7 years
Nice start hope it all goes to plan, i have a few twist's for my story also sould be good fun best of luck.
Login to Quote