A sensational championship round!


It was a very good tour championship for my team, well above my expectations. The team played very well, there are many problems in defense in the central axis, but also attacking Since we do not really finalized.
At midfield controlled the game very well, my midfielders are the best scorers of the team. The winter will be a very complicated, I will try to strengthen the team as much.
I realized many surprises, and I hope in the return to happen the same. All is well above expectations.

Matches in the three months!

Endless after the first half of the league!

Antoni Sarcevic, Andreas Pereira are the most important midfielders in the team, with young Christopher Nkunku, Yannick Ferreira Carrasco and managed to get 11 assists. Striker Dwight Gayle is the most goals (9).

Tallery
7 years
A very good start in the PL, although the consecutive defeats don't look too good

Jer
7 years
Nice to see you exceed expectations once again, but it isn't a surprise anymore!
Login to Quote


I decided to invest money in attack I received early as completion've suffered the most. I had quite a few failures, and we decided to bring two strikers who can make the difference when entering the field.

A quarterback of the future, but also the perspective, a player who only had an affair in France at, OGC Nice.
His transfer cost me 7,25M. 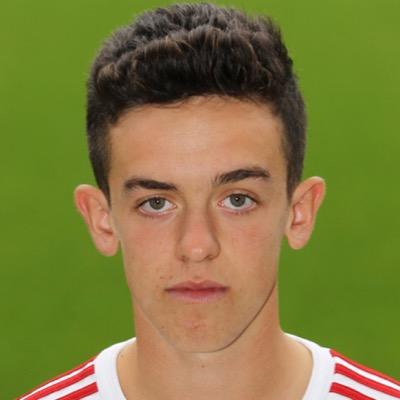 A young player who played only at Bolton, managed quite a few goals.
His transfer cost 8M.

A very interesting player who has had a very good start to the team, and that makes me very happy.
His transfer out of the remaining 5M accounts that I had.

They are all who came to the team, in this time of winter.
It was a very good month for the team, we managed to tie important victories.

It is important news!

The results of months!

The match against Arsenal was very nice, we had a comeback from 1-0, in 73 minutes entered the third Gayle, who scored a double in just 6 minutes. And turned off very nicely. In the match against Spurs, held by Ricardo Kishna debut, he managed to score two goals and assisted a goal, and he Maupay.

Jer
7 years
Some great results and it's really good to see you penning a new deal!
Login to Quote

shylax
7 years
Neal Maupay and Ricardo Kishna are damn good players who can be had at good prices, well done on those transfers, they should come good for you. I haven't used Zach Clough before but from what I see he looks very good, nice results too.
Login to Quote

From agony to ecstasy, and vice versa!


Two months have been very interesting, with so many important matches in the championship and in the Cup, we had many matches in the cup because we made life difficult for themselves, I was finally equal, but we are glad we came out winners .
Team marks pretty much brought new players have adapted pretty well, and it plays quite nice, Maupay managed to score quite a lot, and become the second best striker in the team, I changed the system and try to winged game, and it shows in the results because we have not yet found the right format, there are still some problems because we have not played with wings.

The results are both good, and bad, we lost points in the wrong place, but I am happy for the team reacts, Watford was 4-1 at the break, and I managed to get back to 5-4 equal to 5 final 5. Hull took 3-1 and came back and won the match 4-3.
Cup match against Spurs was sensational, had to break a 3-0 reassuring, but everything changed at the break Maupay managed a hat trick and a goal from the penalty spot Sarcevic, and so I turned the match 4-3 for us. With a goal of Maupay in 92 minutes, which brought a qualification in future act.

It was a pleasant surprise to see so many players called to national and seniors but also to U20, U19 are extremely happy that my players confirm.

It was a pleasant surprise to see so many players called to national and seniors but also to U20, U19 are extremely happy that my players confirm. I hope you all take the big step to the big Nationals.

Tallery
7 years
eek, not the best of months, but you did turn it around towards the end

He ended a chapter fantastic!


I had a wonderful season, the first for my team in Premier League. It was a season more than my expectations, and I think of leadership, we managed a historical classification for Peterborough team was sensational in every respect.

There were few major surprises this season:

Among the disappointments include season and Eto'o, Carles Gil, Krisztian Tamás has not confirmed exactly as I would have liked, Zach Clough unfortunately had an impact so great to the team and has managed just 3 goals in 11 matches.

The notice is Joan Campins and that was very important for the team, Antoni Sarcevic was decisive in the middle often, Christopher Nkunku a very talented young man, who did very good matches, Neal Maupay had a memorable impact on the team managed to score 18 goals for the club, Ricardo Kishna who managed 9 goals and 10 assists in a very short time.

A special land, and a different trophy for us! It is the first time we come that much of a trophy! It follows a long-awaited final of our fans, a historic final for us, the first time my team play with a trophy on the table. Arsenal, runners-up this season! A force with which we had outstanding matches. We provide a tough game and very complicated for us.

My road to the finals!
We had a very complicated way, many parties for which a replay was needed, Since we were strong teams.

Arsenal's road to the finals!

A very difficult game for us, talked to guys, it's a single decisive match that will decide where the trophy goes to the end!

Guys did a sensational game, and have exceeded expectations anyone Kishna managed to open the score very quickly, then Gayle managed to increase the lead, and so in the first 10 minutes, we drove 2-0. It was a remarkable game in which boys have exceeded condition!

mo_123
7 years
Well done on a fantastic season. The F.A Cup win was the icing on the cake.

Jer
7 years
What a season!
Login to Quote

Start a new chapter of my story!


Following season will again be very important and complicated. I managed to bring many players to the team, because the budget was quite low.
We had about 6M, and we managed to sell cateceva, so I could transfer as ok, we needed a midfielder, three defenders and a striker, I could not even get what I wanted.

Hicham Maouche a very interesting player, young and who came from France PSG loan has a development potential Uras, I hope to help me in the championship, yet will reserve position.

Paz Nehuen a very interesting player, which we managed to bring a large amount of transfer not, 4.6M with all the bonuses, it seems to me a very good amount for the attributes you look.

Ángel Correa, an interesting player who has had few appearances in the last few seasons, I wish to confirm and help me. His transfer came somewhere at 6.5M, plus a few bonuses.

It would have been a very important player for my team, but maybe in the future I will get more money for transfers.

A new trophy will be put on the table, players are excited, we will have two rookies, playing a very tough match against leader, before whom I have not won any match so far.

Two strong teams with a lot more of Liverpool because they played much better than me, a very strong and attack with great value.
The match began as it could not be good for us, and after 20 minutes I was 2-0 at the break was a very unexpected score 4-1 for my team, everyone was amazed by game practice, and Great game guys did. The finale brought one goal for each team, thus showing the final score 5-2.

Possibly longer follow other transfers, to strengthen the team.

The first step in europe!


I made the first step in Europe with my team. A young team, and without eperienta, groups qualify for a prestigious European competitiveness.
It was a big surprise to see how they got seeded teams in EL, teams such as Juventus, FC Porto, Barcelona, and many other strong teams.

A very tough group with Juventus which dominated Italian football in the last few seasons with CSKA Moscow with good seasons, but no trophies, and BATE Borisov, I'm sure guys will gave all their best, is our first class in groups EL, and we want to make a good figure.

I managed to get two players to team up in the moment, because there will be many who will be engaged in competitiveness, and want all to make a good figure.
It is about two loans, and maybe in the future I want get us more players without a contract.

A player who really needed because the station did not have the right quarterback than a player, so now I have a book to the team, because there will be many parties, and will require changes.

An experienced player, I needed the middle, I want to help. Although I have many good players there definitely will make their presence felt.

There will be a difficult period with many difficult matches and difficult. I want the team to live up to expectations!