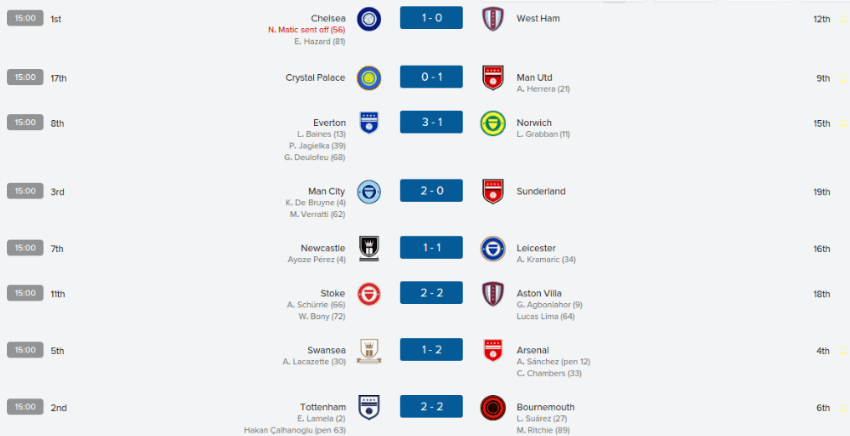 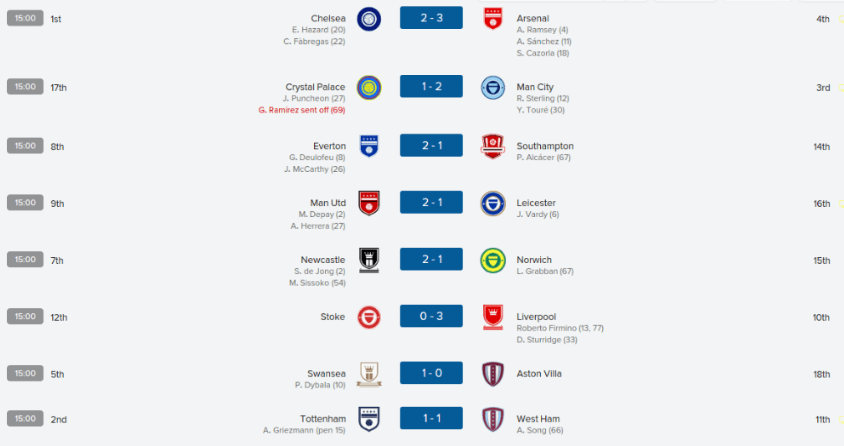 Justice
6 years
Performing fantastically in Europe and after a shaky couple of weeks, we are back in the title race! Mightn't even need any reinforcements in January 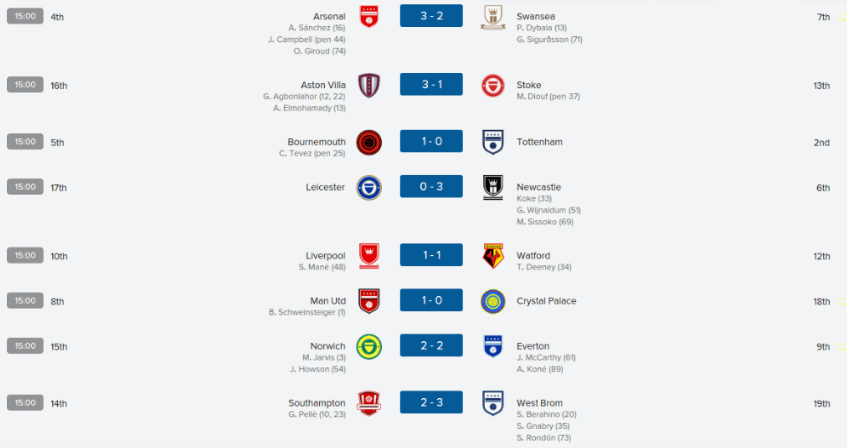 Then bonus's added on top.


You get 5 foreign signings and 3 lower league signings this window.

You get one free transfer again and it is first come first serve.

Enjoy the window all


I will take Michu for freebie
Login to Quote

All prices negotiable. Plus many more great deals available upon enquiry.
Login to Quote

Liverpool Football Club can confirm the departures of strikers Divock Origi and Daniel Sturridge for a combined fee of £22 million.

Belgian Origi departs for Manchester City for £8 million pounds after failing to earn a first team place under Massimiliano Allegri. Daniel Sturridge encountered the same problems, and now leaves for East Anglian side Norwich for the sum of £14 million.


Also on the transfer list, Liverpool are willing to listen to offers for central defenders Kolo Toure, Dejan Lovren, Martin Skrtel and Mamadhou Sakho. Other players are certainly not off the market, but the club will only let go for fees exceeding their value.
Login to Quote 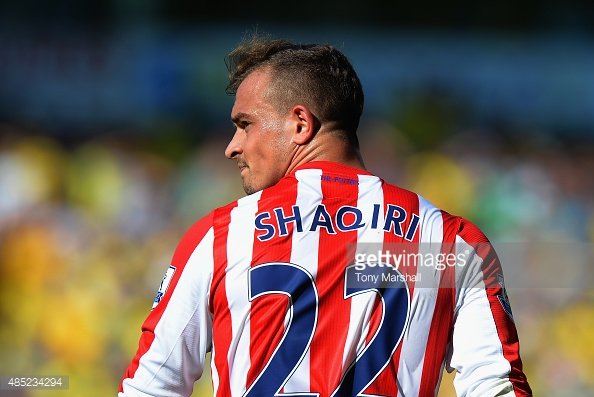 Xherdan Shaqiri is the biggest casualty in Stoke City's January shake-up.
Stoke City chairman, Mark Viduka, has today confirmed the departure of 3 first team players as the Australian looks to stamp his authority on the club.

Xherdan Shaqiri, Bojan & Marko Arnuatovic have all been sold by the Potters new ownership group for a combined total of 25 million pounds. Shaqiri & Bojan will now ply their trade at St Mary's Southampton, while Arnuatovic will call Villa Park home from now on.

It is now speculated that the Potters will have a 122 million pound January transfer window war-chest. Exactly what they plan to do with the money is unclear, however fans are already salivating at the prospect of Leo Messi or Cristiano Ronaldo (or maybe both) running out for the club. Time will only tell on this one.
Login to Quote

Liverpool sporting director Alfred Pennyworth has confirmed the prices of several 'available' players, in the hope that offers come forward.

These prices are seen as fair and relatively cheap, boding a good deal for any potential suitors. Liverpool have confirmed that Sakho, Lovren, Lallana, Allen and Lucas Leiva are all available for transfer provided the right offer is made. Sky Sports understand that Manchester City chairman Neville Longbottom has ordered manager Manuel Pellegrini to enforce a mass squad clear-out over the summer in order to make way for the future. Club icons Yaya Touré and Pablo Zabaleta supposedly top the list of players who are expected to leave the Etihad in the summer, with many Premier League and La Liga clubs having taken a keen interest in to the availability of City's top talents.

Yaya Touré, Champions League winner with Barcelona and two-time Premier League champions with Manchester City, looks set to finally seal a move away from the Etihad in the summer as hairman Neville Longbottom looks to pave the way for future success. While Touré is relatively old by footballing terms, 32, this season he has earned his 99th international appearance for Ivory Coast, and has already equaled his third highest goalscoring season for Manchester City in the Premier League (6) after just 18 games. While still considered to be one of the best midfielders in the world, it is summer signing Marco Verratti who looks set to fill the boots of the Ivorian powerhouse.
Likely Asking Price: £25-30M 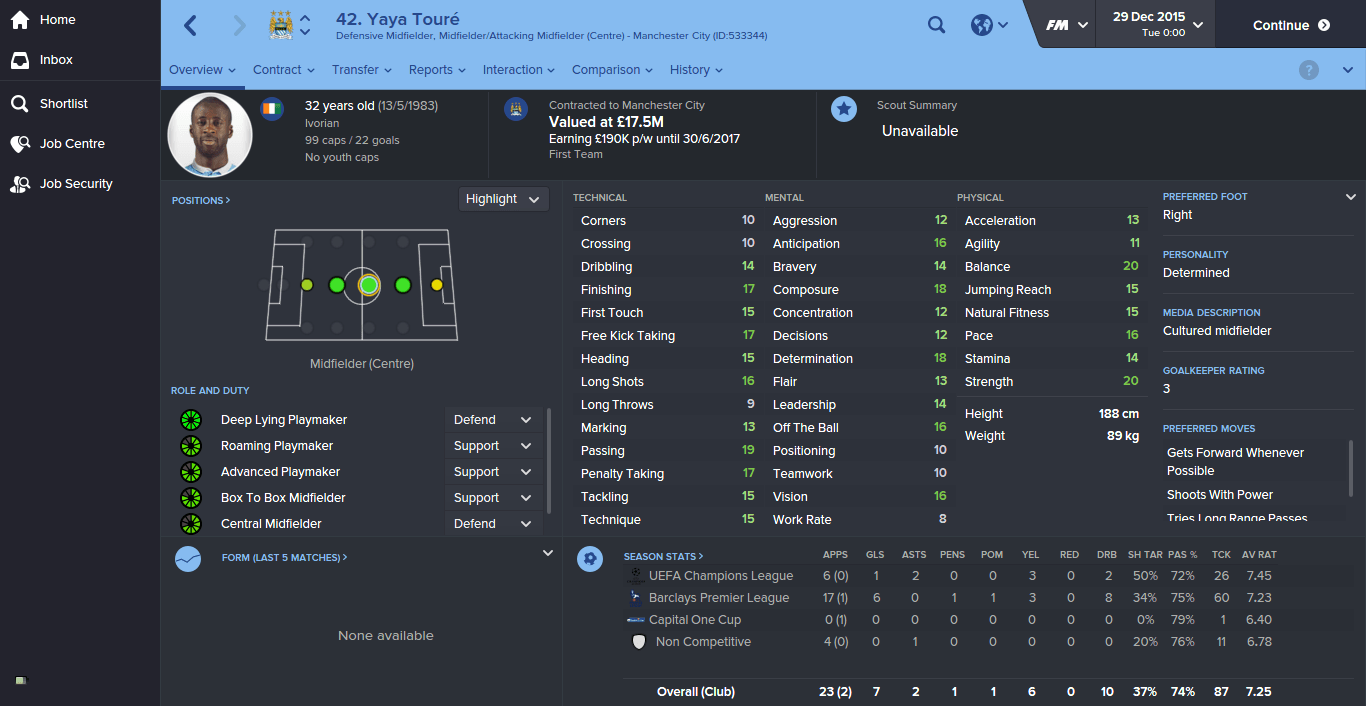 Pablo Zabaleta is another prolific name on Manchester City's "to sell" list. Despite having made 23 appearances in all competitions this season, the club look set to place their faith in summer signing Mario Fernandes, who has been as equally impressive in his 14 appearances this season. Zabaleta has been a key figure in both of Manchester City's title winning campaigns, and will look to claim his third Premier League title before his supposed departure in the summer.
Likely Asking Price: £15M 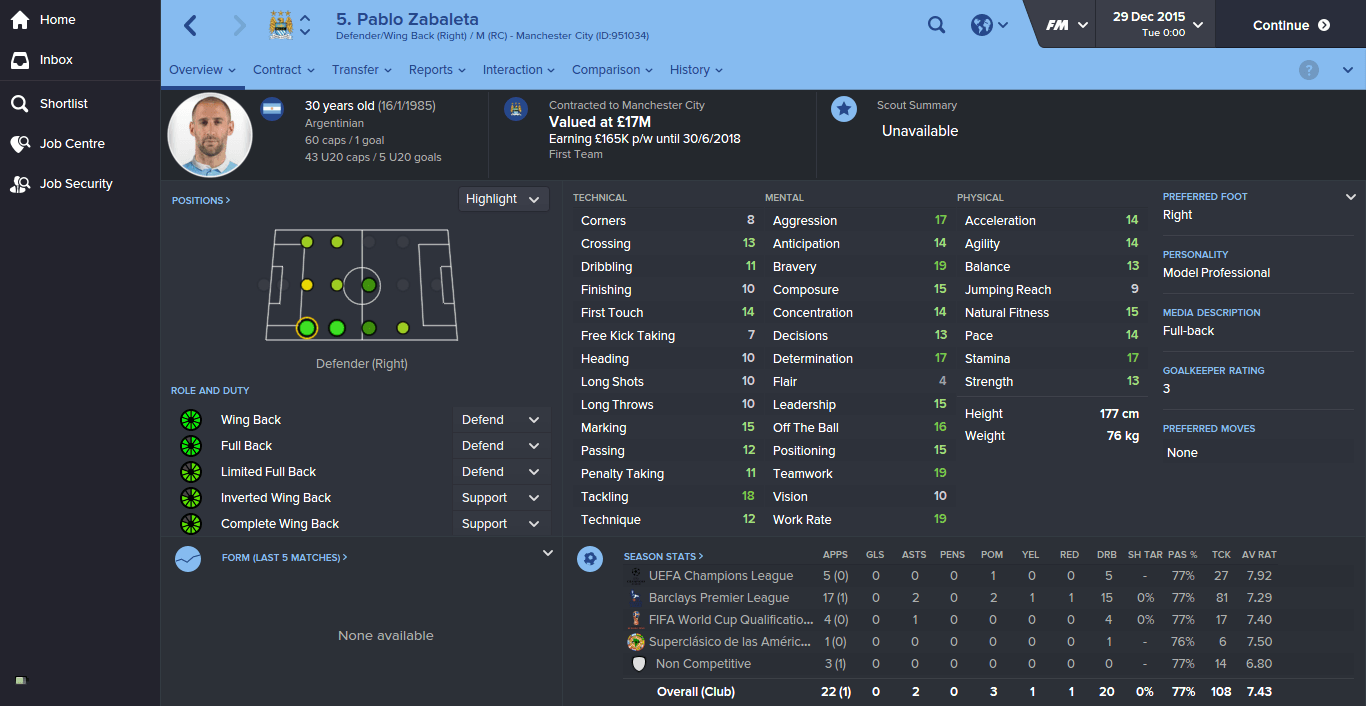 Samir Nasri is another big name on the list. The French attacking midfielder, now 28, has fallen down the pecking order following the summer signings of Kevin De Bruyne, Raheem Sterling, Neymar and Felipe Anderson, and looks set to leave the club for a bargain fee in the summer. While he has impressed in his 11 appearances this season, scoring 3 times, Nasri looks set to leave the club in order to find first-team football.
Likely Asking Price: £15M 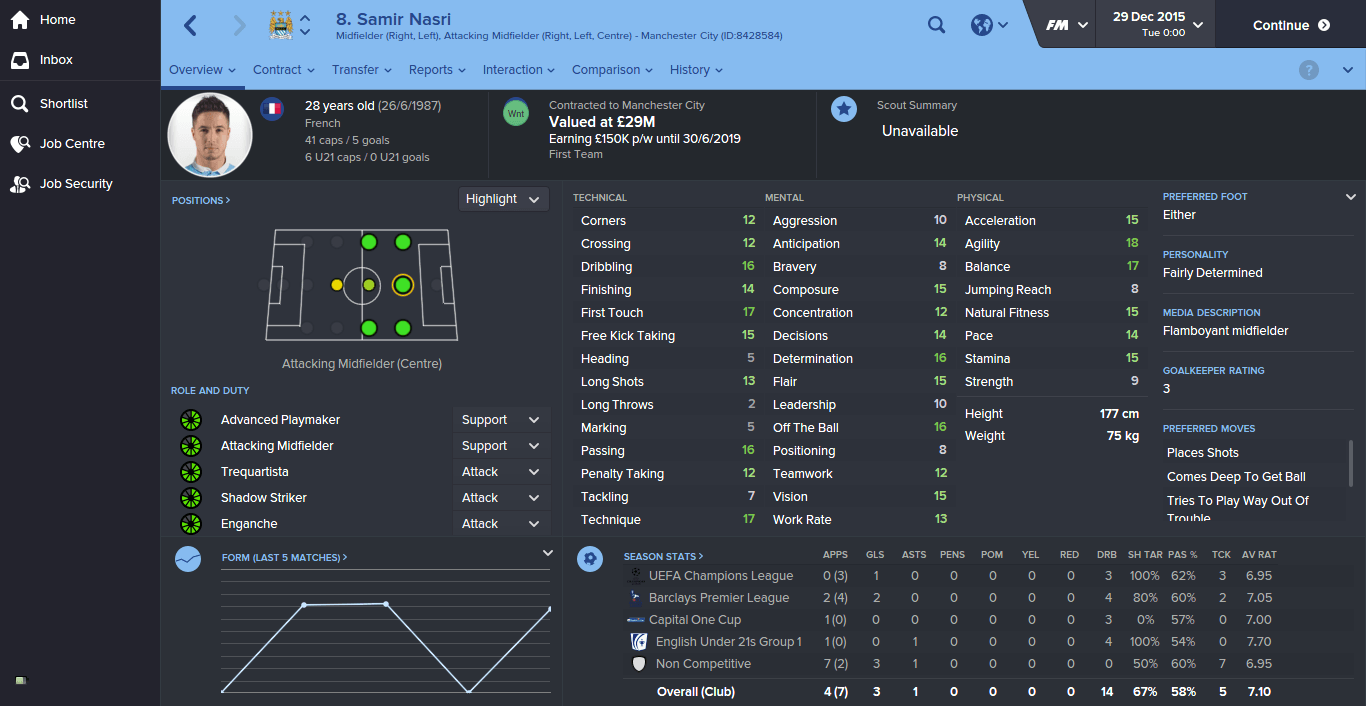 Gael Clichy is another Frenchman who looks set to depart in the summer. The left back has been restricted to 11 appearances so far this season due to the form of Aleksander Kolarov, and the three-time Premier League champion looks set to leave in order to recapture first-team football. At the age of 30, Clichy is currently in his prime as a defender and with explosive pace and advanced technical abilities, looks set to be coveted by many of the top clubs in Europe.
Likely Asking Price: £5M 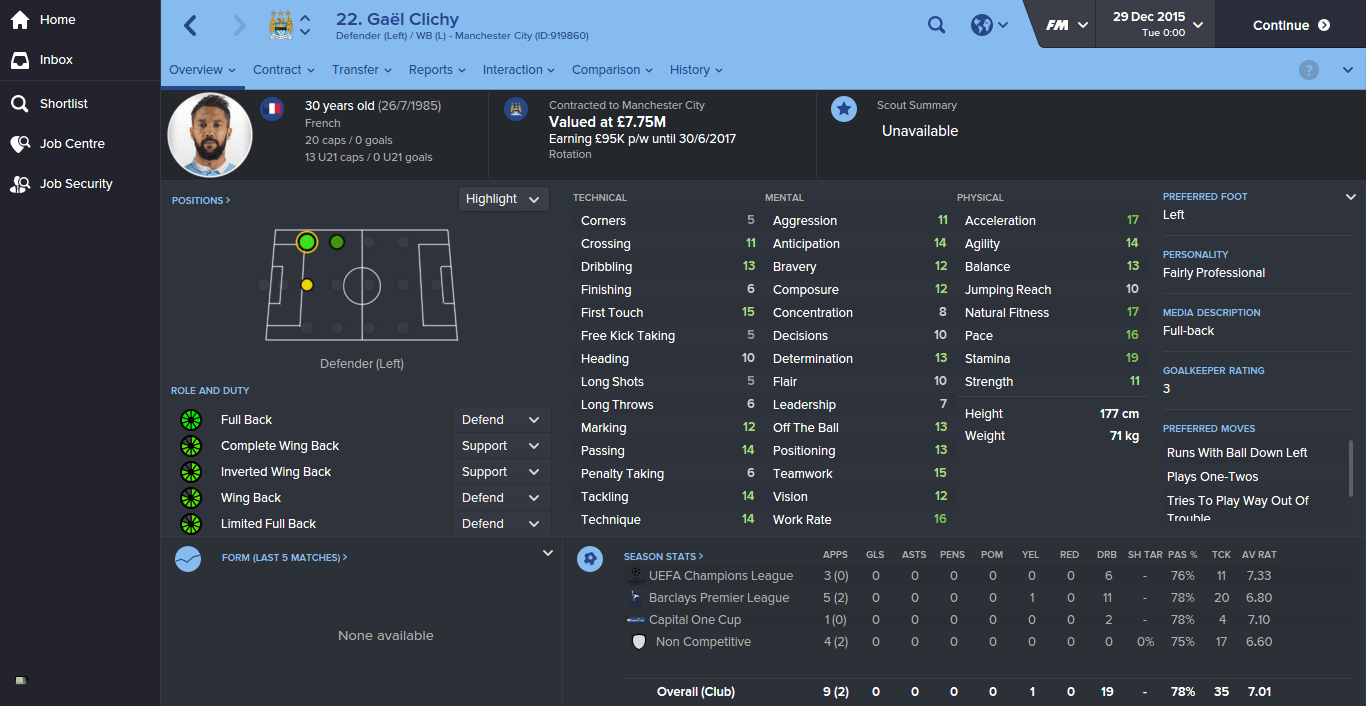 Fernandinho has been restricted to mostly substitute appearances in a Manchester City shirt this season due to the arrivals of Marco Verratti and Axel Witsel, as well as the performances of Yaya Touré. The current Brazilian international certainly has all the assets of a top midfielder and despite not being able to break in to the City line-up, would certainly be a good fit for any club in the world at the moment.
Likely Asking Price: £10M 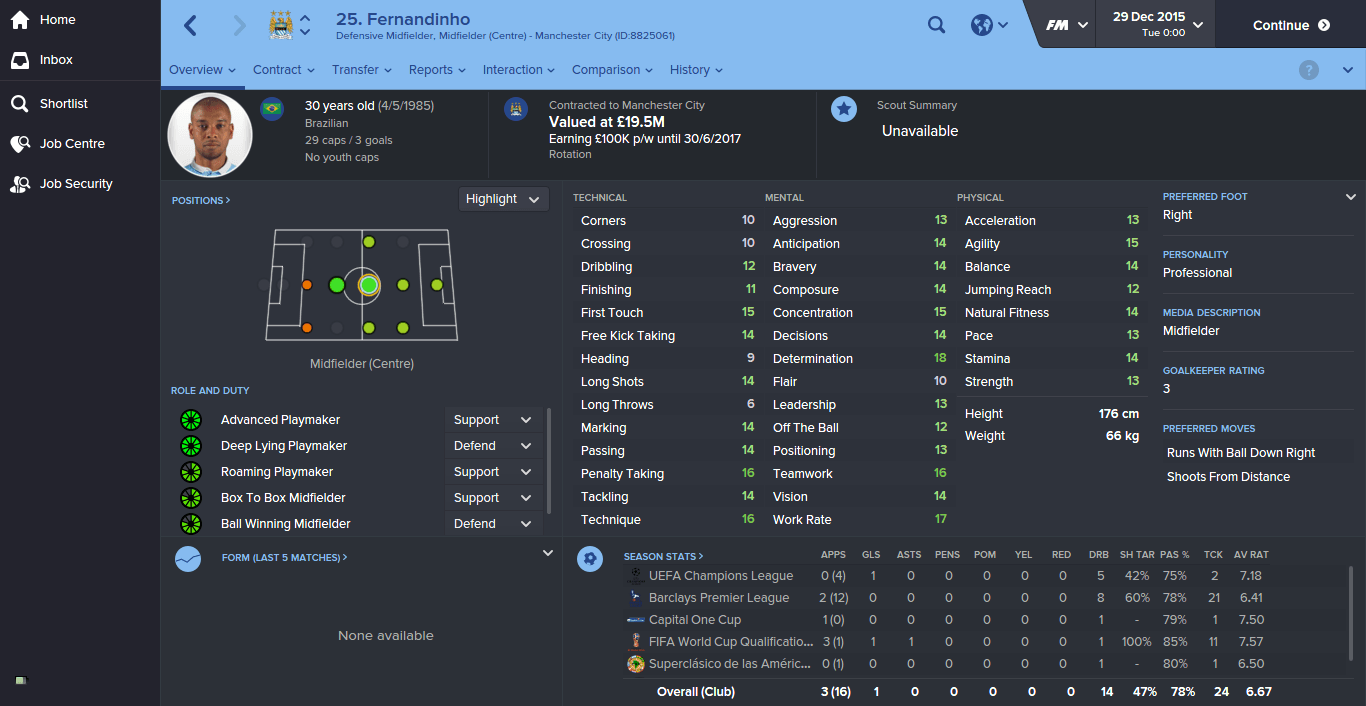 Axel Witsel only arrived in the summer just gone but has been unable to force his way past Toure and Verratti in to the starting line-up. The Belgian midfielder, at the age of 26, is one of the best box-to-box midfielders in the world and, having already claimed 65 Belgium caps, looks set to join one of the top clubs in the world in the summer.
Likely Asking Price: £15M 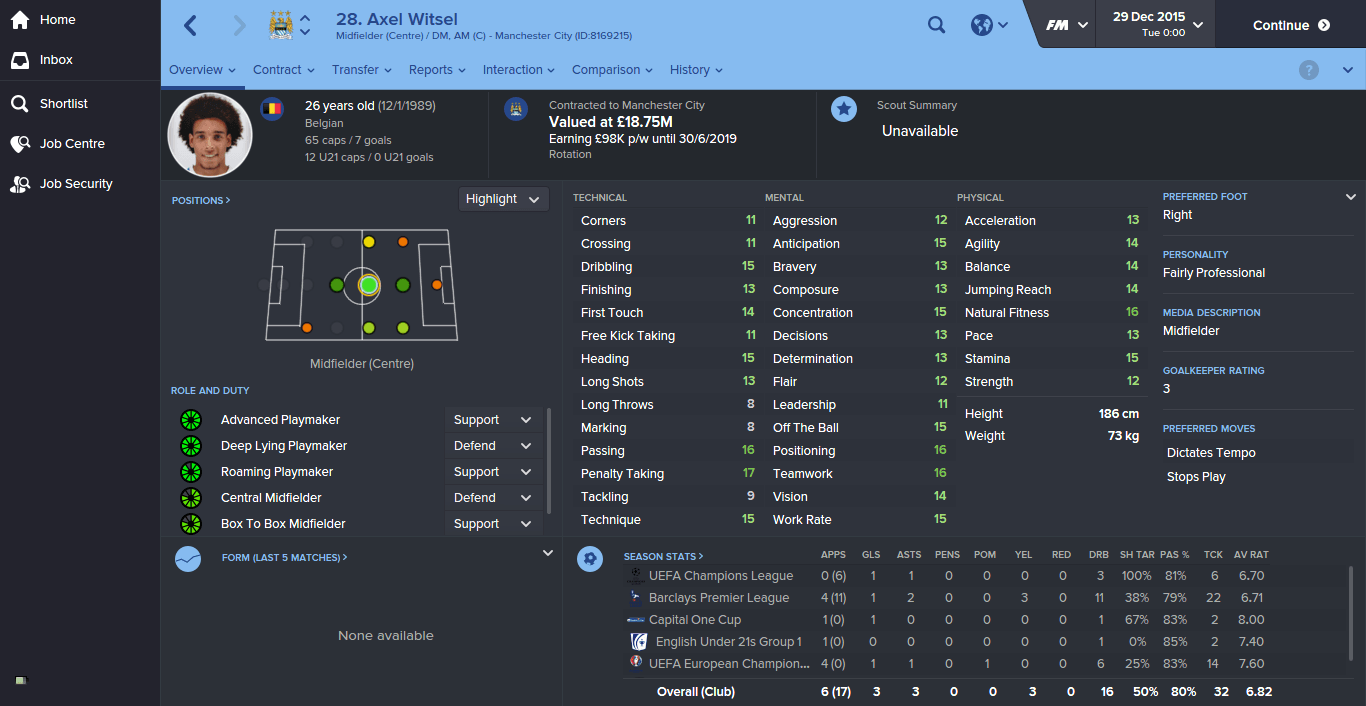 Goalkeeper Willy Caballero might be set to leave Manchester City in the summer. The Argentine has often been called upon to fill in for Joe Hart this season, having made 11 appearances and claimed 5 clean sheets. However, Caballero is looking to become the undoubted number one shot stopper at a club and has many suitors lined up to take him away from the Etihad.
Likely Asking Price: £1M 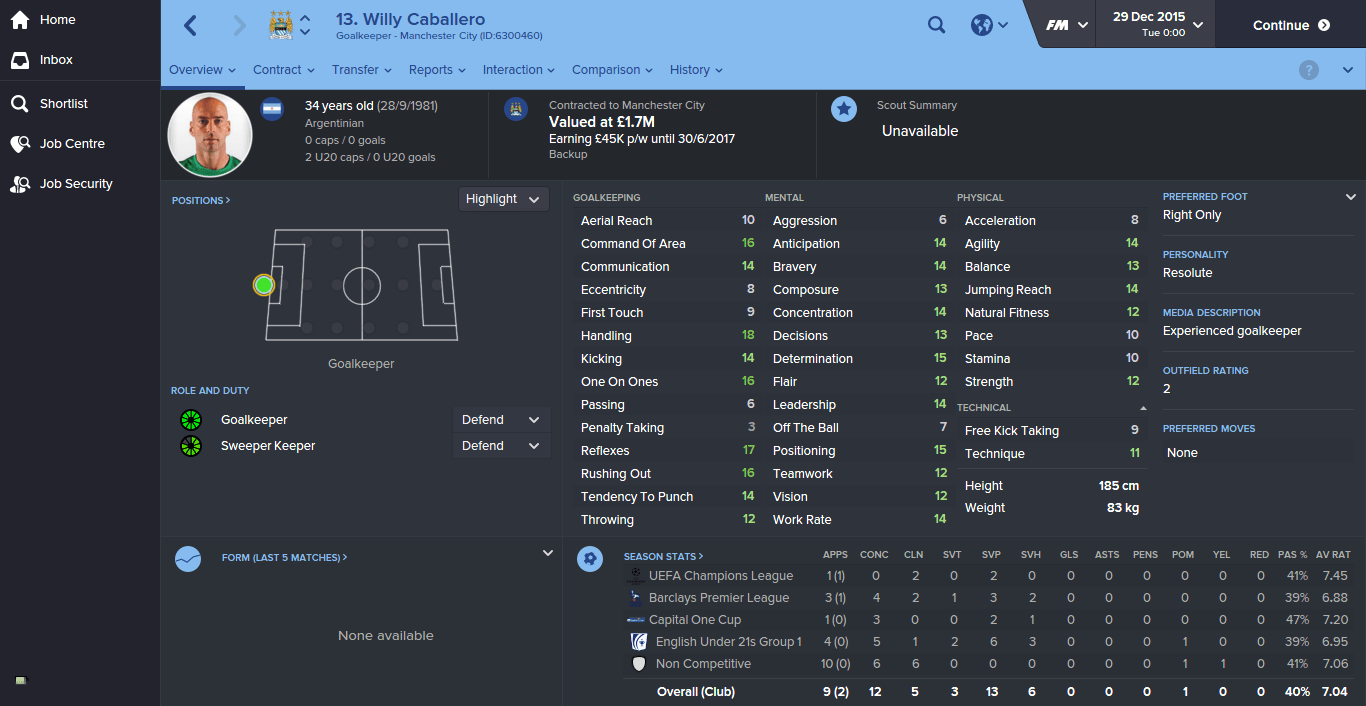 Stevan Jovetic, currently out on loan at Inter Milan, is also expected to be sold in the summer. The 26 year old attacker has featured predominantly as a left winger for Inter this season but has found his chances reduced by an unfortunate hamstring tear. Despite having a reputation for being injury prone, the Macedonian attacker looks set to leave for a top club in the summer.
Likely Asking Price: £15M Carlo Ancelotti has found his replacement for Sadio Mane who left in the previous window to Liverpool for 23.5m

The added bonus that Bojan has joined him for a reported deal worth £15m for the two has only sweetened the news as they look to further strengthen this window.

It would be fair to admit Maarten Stekelenberg had struggled to provide successful cover for Forster. According to whoscored.com a rating of 6.4 over the first 20 games would suggest a need to bring in a replacement
Login to Quote

Live For FM
5 years
can i join too next season???
Login to Quote