Tallery
6 years
@InfraRed: Is it now 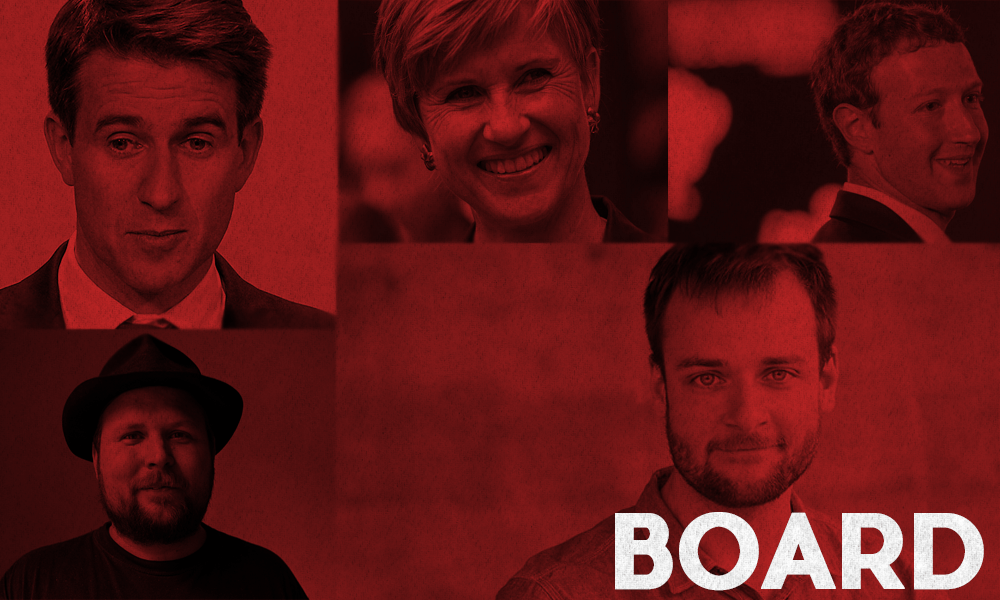 Today Project Red announced the board that, alongside Chairman George Wilmont, will run the club, which is yet to be named, or even officially confirmed by the Football Association. However, the club’s official Twitter account realised the information today, providing that the financial backing will come from billionaires Mark Zuckerberg, Susanne Klatten, Stefan Quandt, Markus Persson and Evan Sharp. In this article, we will break down each board member to tell you a little about them. 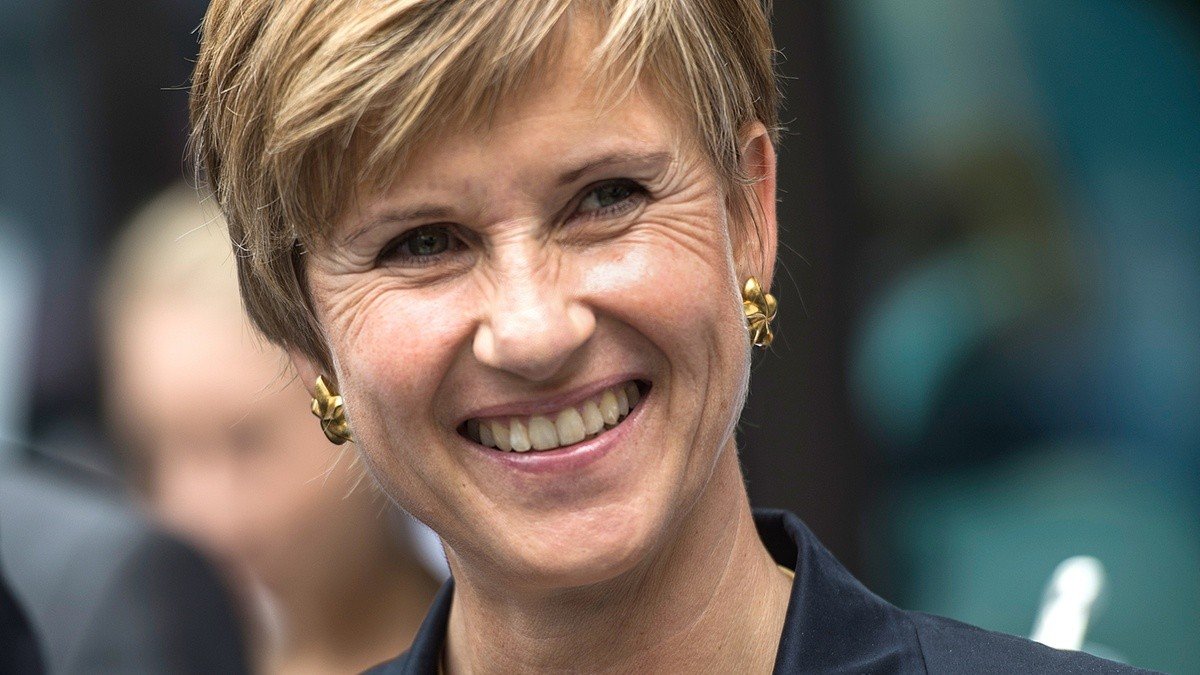 The only female member of the board, Klatten is brother to fellow board member Stefan Quandt. Born in Bad Homburg, Hesse, Germany in 1962, she has a degree in business and finance and has Dresdner Bank, McKinsey and the bank Bankhaus Reuschel & Co. in an impressive list of previous employers. She is the richest woman in Germany, with a reported net worth of $18.5 billion, and due to her riches, often goes under the name Susanne Kart.

Once her parents died, like her brother, she gained holdings in BMW and also brought holdings in various other companies, such as Altana. She currently resides in her home town, and is married to Jan Klatten. She will take up a Managing Director role on the board. 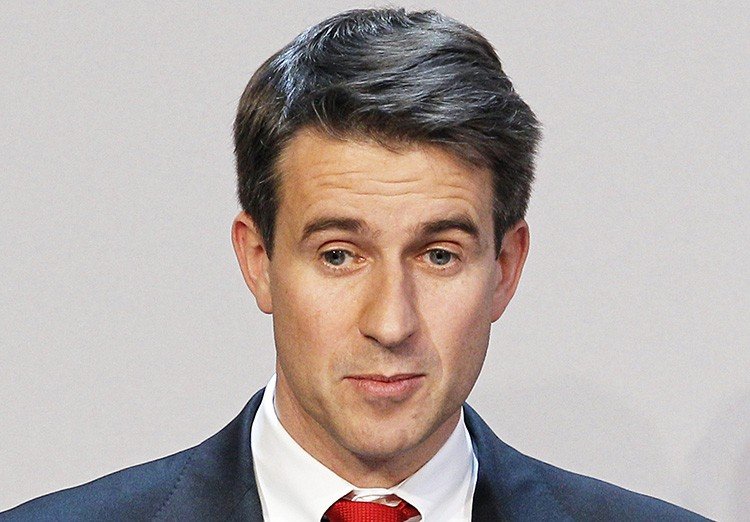 The 50 year old German is one of the primary owners of Wilmont’s project, having earnt his money from what his parents, Herbert and Johanna Quandt left him, along with a stake in car giants BMW. He resides in the city of Frankfurt, and has been seen attending football matches. He attended the University of Karlsruhe where he studied engineering from 1987 to 1993, and lists Boston Consulting Group in Munich and Group of Minneapolis as previous employers, and at the latter he worked as a marketing manager in Hong Kong.

He is married to Katharina Quandt and is reportedly worth $15.9billion, making him the third richest board member. 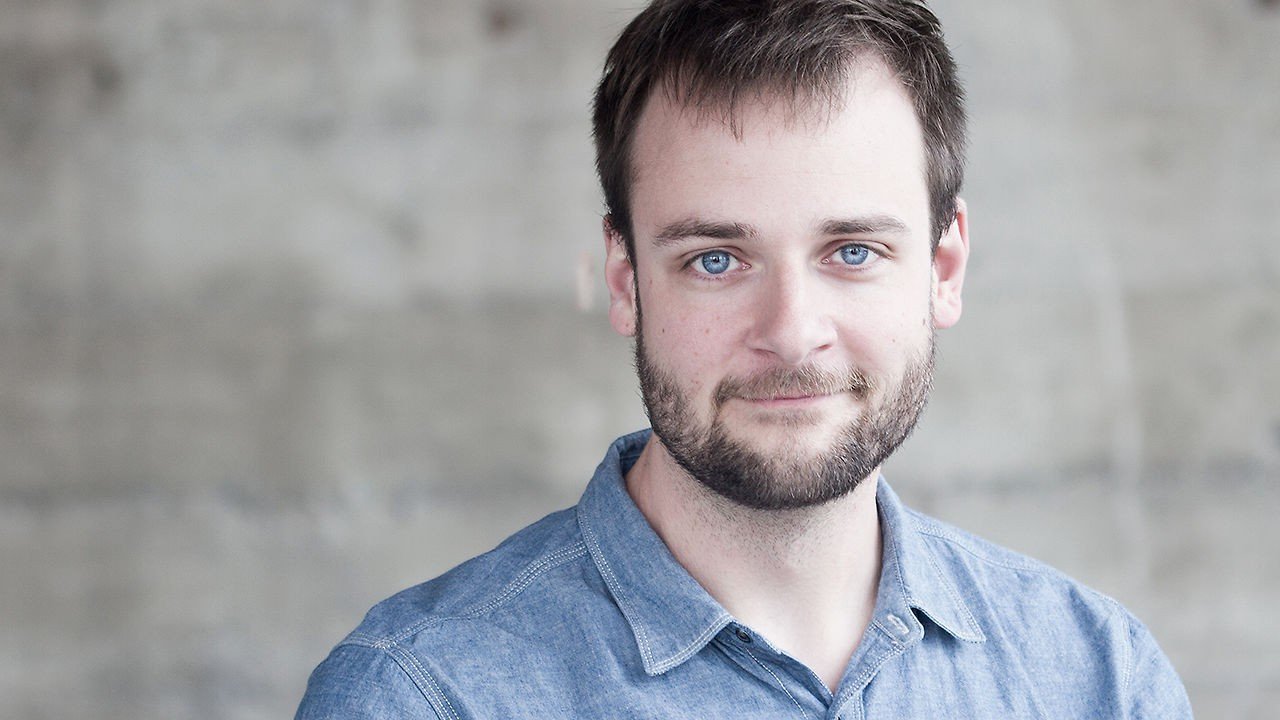 Sharp is best known for his role in social networking site Pintrest, where he helped set up the San-Francisco based company. The American has also worked for fellow board member Mark Zuckerberg – as a product designer for Facebook.

He was born in York, Pennsylvania and he is reportedly the major shareholder in the club. He studied architecture at Columbia Graduate School of Architecture, Planning and Preservation. Prior to that, he received a bachelor's degree in history from the University of Chicago. 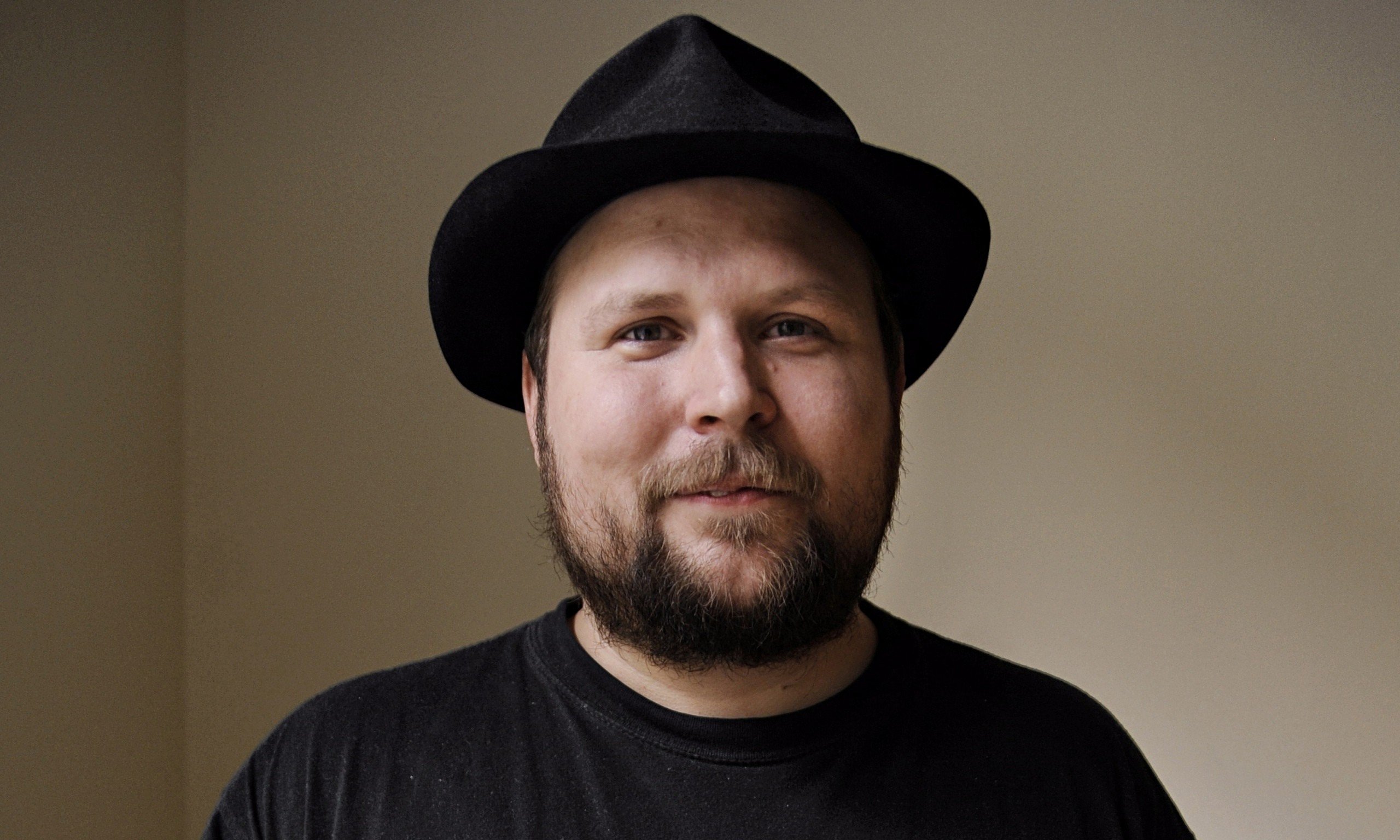 The Swede earnt his money from developing one of the most played games of all time, sandbox game Minecraft, and created the company Mojang in 2010, which was recently bought by tech giants Microsoft. He left the company once the takeover had been completed.

He was born in Stockholm, Sweden to a Swedish father and Finnish mother. He also worked for King.com as a developer until 2009. He is worth a reported $1.9billion. 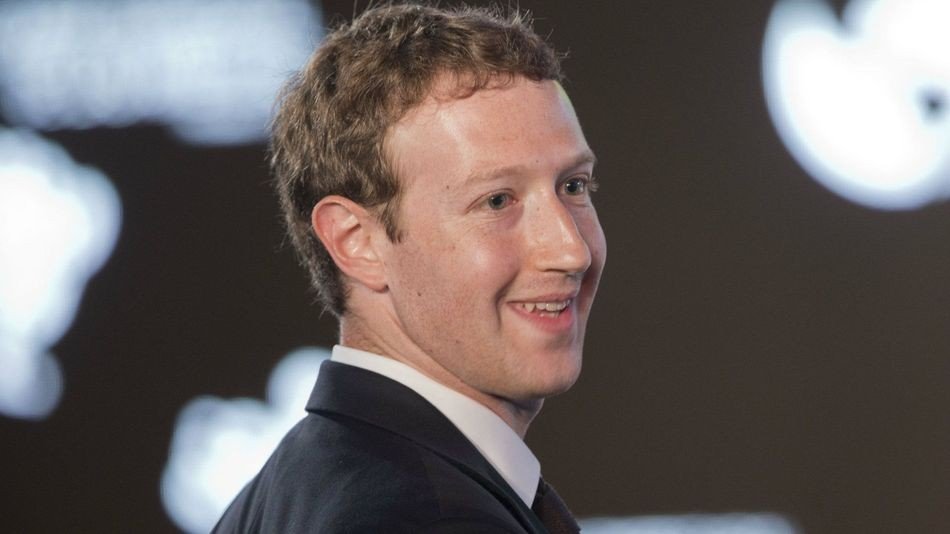 Probably the most famous member of the club’s board, Zuckerberg is the main face of social media powerhouse Facebook. Worth over $60 billion, he is by far the richest member of the board. He studied at world renowned Harvard University and now resides in Palo Alto, California.

The 32 year old is also the youngest member of the board, and works on a one-dollar salary. He also is known for his charity work, setting up the Chan Zuckerberg Initiative with his wife to ‘advance human potential and promote equality in areas such as health, education, scientific research and energy’.
Login to Quote

Balik
6 years
So you have the backing of billionaires... BRING IN ZE MONEY!!
Login to Quote

BackPostHeader
6 years
Guess it's time to make it rain...

ninjaskill
6 years
Well you should have a bit of cash to splash, whoever you are
Login to Quote

mgriffin2012
6 years
Looking good mate, this should be an interesting ome to follow!
Login to Quote

Jack
6 years
If only this was reality

Great ideas behind this mate, you've got me hooked already!
Login to Quote

@BackPostHeader - It certainly is!
@ninjaskill - All shall be revealed shortly

@Jack - I wish it was haha!
Login to Quote 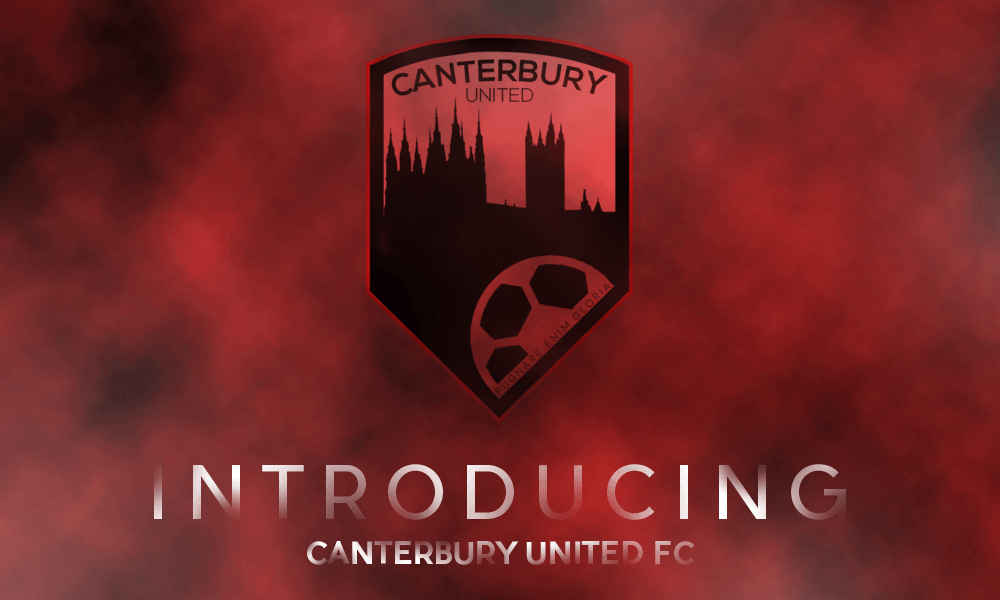 The Football Association today confirmed that the finals stages of Project RED has been completed, releasing a statement announcing that the owners of the proposed club have had a license accepted. The statement read:

Football Association:Today the Football Association would like to confirm that a licence has been approved for Canterbury United, better known as Project RED. The club is under fine management who all passed the verification checks that are needed to gain a license.


The club, based in the city of Canterbury, Kent, was reportedly chosen by Project RED leader George Wilmont, and he revealed why in an interview with the club’s official website, which was also launched today. (This can be found here.)

George Wilmont:Today is a day that I’ll never forget. I finally get to fulfil a long-time dream of mine, to run and have my own football club. It’s amazing. I chose Canterbury to be the home of my football club for a number of reasons, firstly, it’s my home town, and it’s an amazing city which doesn’t currently have a football club playing in the city, and somewhere with the history and importance of Canterbury needs a football club.
Kent is very much an untapped market in terms of a big football club, and we aim to bring Kent, and Canterbury, some top football at the highest level.


Despite the club’s announcement, they have still not confirmed the league the club’s maiden season will take place in, or where the club would actually play their home games for the season. The other club from Canterbury, Canterbury City, doesn’t currently play their home games in the city, it shares The Homelands stadium in Kingsnorth, which is 18.6 miles from the city, and it remains to be seen if United will do the same thing.

Along with the license, the club’s logo was also revealed, along with a nickname and motto. 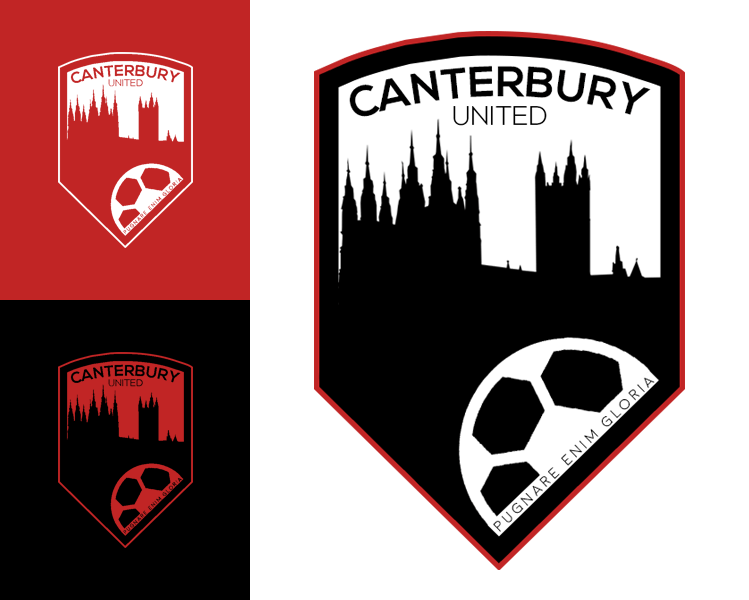 The logo is a shield shape, with two borders, the inner being black and a thinner pale red round the outside. On a white background inside the shield is a black silhouette of Canterbury’s famous cathedral. In the lower section of the crest, half a football is there with the motto ‘Pugnare Einem Gloria’ inside it, which translates to ‘Aiming for Glory’.

The club’s nickname will reportedly be the Bishops, which takes inspiration once again from the cathedral, with it being the home of the Arch Bishop of Canterbury.

We have thought about everything, even down to the name. You may think it sounds like a generic English football club name, but it actually means something. The ‘United’ is meant to represent that the people behind the club, including myself, are from all different paths, but we are together to achieve one goal – making Canterbury United the most successful football club on the planet.


With some details yet to be revealed, the club is keeping everybody guessing, and it remains to be seen what announcements will follow in the future.
Login to Quote

Balik
6 years
And now to announce the manager

J_Skinna_39
6 years
Loving the graphics, looks like a great story
Login to Quote

ImDonkey
6 years
I guessed right, everything apart from the badges, don't know how I didn't put 2 and 2 together with that one

Looking good, keep it up
Login to Quote

Atoobie
6 years
woah man did you do the graphics yourself?
Login to Quote