Tallery
6 years
@Griffo - I certainly am, thanks

@Balik - Why? Because I'm stupid

Justice
6 years
Not a bad start. Still early days for a new club, so it might take a while for results to settle, but bright things ahead (I'm sure)
Login to Quote

Tallery
6 years
@Justice - Yeah, it will take a few months for the team to gel and get the results going consistently
@CoreyE - It was a really speculative offer, didn't think he'd even accept!
@AMJH - Thanks!
Login to Quote

As the last few months of 2015 are edging nearer, Canterbury United played four games in the month of September, seeing two consecutive away trips against Bordon Village and Bexley, before rounding off the month against Staplehurst Monarchs United and Faversham Strike Force at home. 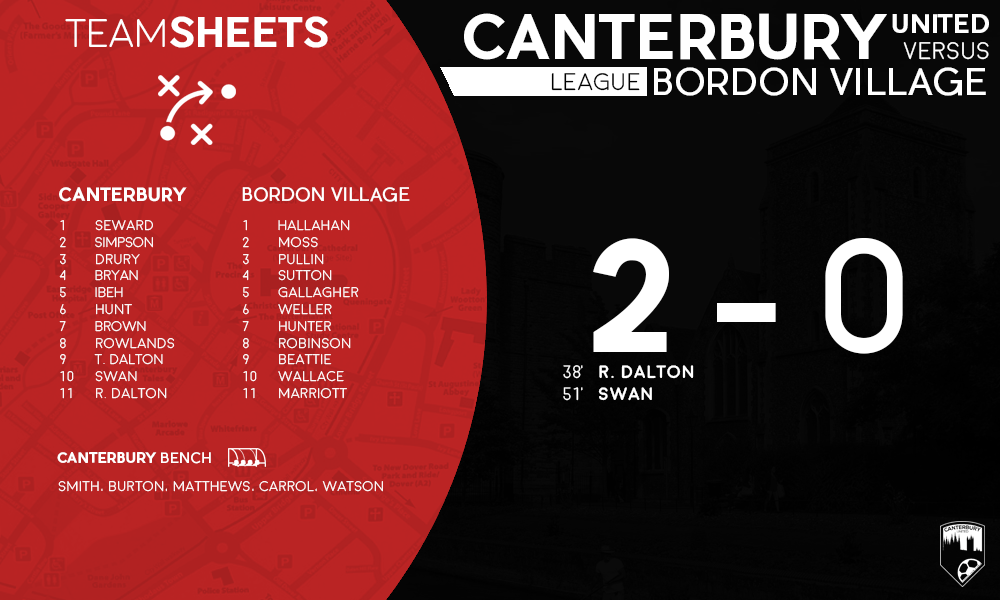 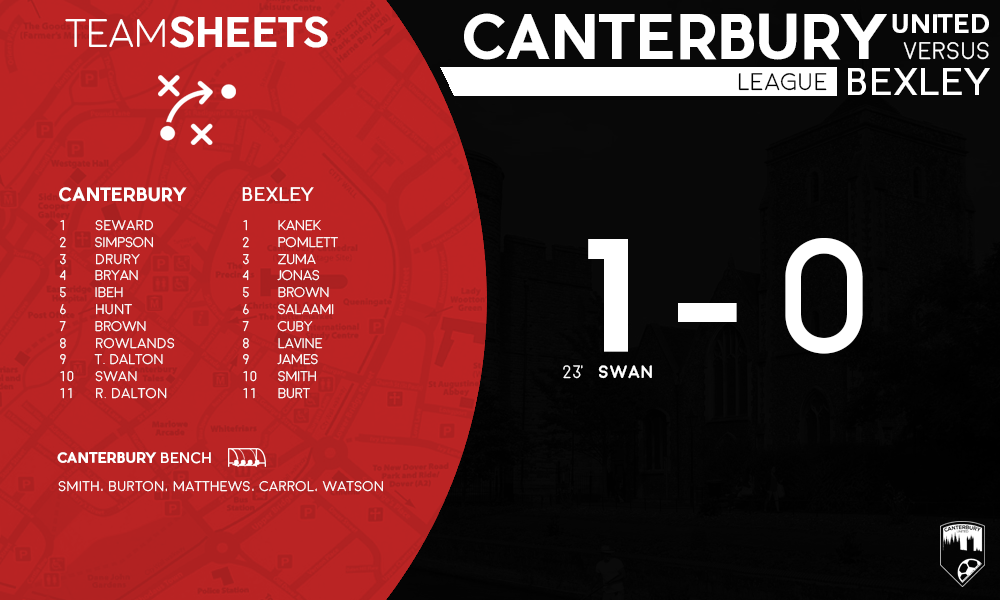 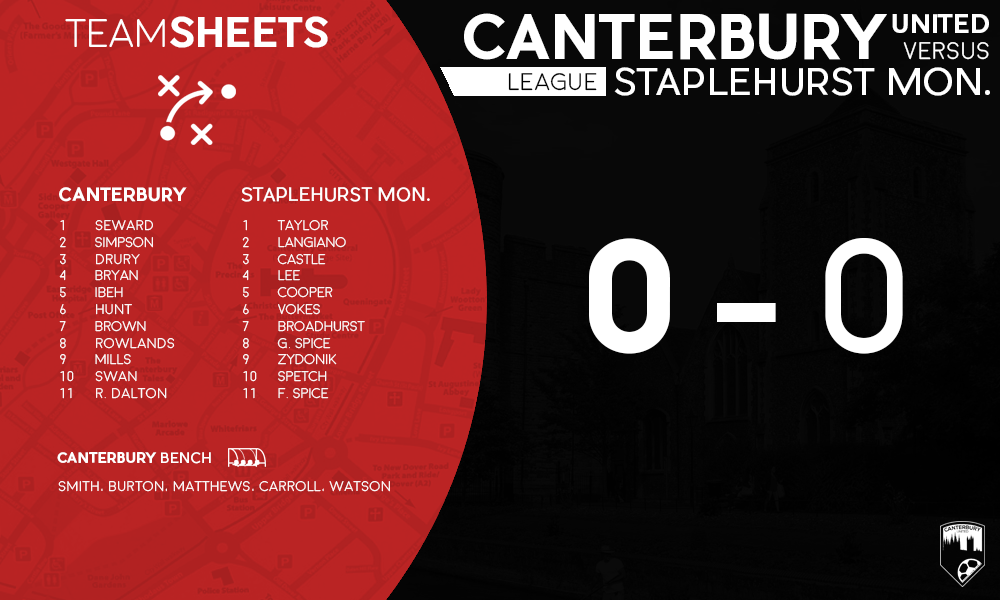 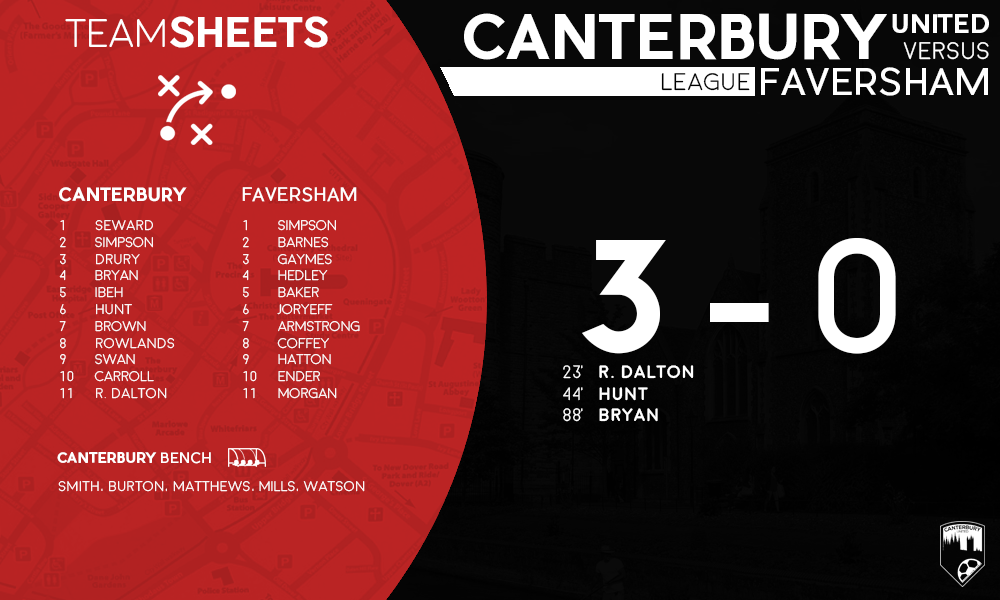 Well, we kicked off September off the way we left off August, with another controlling win. We were certainly helped by a red card though for an off the ball incident, and to be honest, we really should have capitalised on that a little more – but, we still got the win. Ronnie Dalton looks to have been an inspired signing getting - looking lively again, he seems to have settled down quickly. He was the one that opened the scoring for us with a good goal, and we never looked back. It didn’t take long after half time for us to get another goal either, Jack Swan revelling in his new position up front, getting the goal – one that would seal the win. Given that they played with 10 men for all but six minutes of the game and the amount of shots we had, we should have scored more – but two is more than good enough to secure the three points.

Next up was Bexley, we managed to get the win thanks to a brilliant piece of magic from Jack Swan, who played upfront again, and an impressive performance by Ronnie Dalton once again. We had sixty percent of the possession, bossed the ball, and looked solid defensively after doing lots of extra work on the training pitch over the last month, but our shots on target was once again the let-down, having attempts on goal but failing to test the keeper.

Our problems of getting the goal were evident in the next game too, against Staplehurst Monarchs, which I have to confess, the name of the team made me laugh. But they proved a tough test, preventing us from getting the goal we very much needed to secure the top place in the league. We again controlled the game, had plenty of shots and again near sixty percent possession, but Jack Swan struggled up front for the first time, and even Ronnie Dalton, who still had a good game, couldn’t swim through the Monarchs moat and break through the castle walls.

Gladly, though, it was a different story in our final fixture of the month, against Faversham Strike Force, who were anything but their name. The second best performance of the season, this time testing their keeper regularly and finding the back of the net, not just once, but three times. Ronnie Dalton once again proved what an asset he is to this club, netting the opener, while Ben Hunt – who had captained the side in the last few games in the absence of Carroll and Smith – found the net after meeting a delicious cross at the far post just before half time. Richard Bryan got his first goal in Canterbury United colours, which turns out to be the first of his professional career – late on, coming from a corner. Seventeen shots seemed to do the trick, Faversham just couldn’t cope with our deadly attack.

Martin Rowlands and Danny Brown seem to be forming a really nice partnership in the centre of the park, with Brown doing the dirty work very well and Rowlands creative spark allowing the team to move forward well. Ronnie Dalton in the number ten role, although wearing the number eleven shirt, seems to be loving playing at the moment and could be considered the Messi of the Kent County League. Jack Swan’s introduction up front, and after the goalless draw against Staplehurst, on the wing seems to be wonders for the team, and the defence since the decision to play Bryan and Drury together at centre back seems to have tightened up our defence too. The results have clearly been shown, we are now on a five match unbeaten run and haven’t conceded in four, while having scored a league high eleven goals. We may just be in for a successful season.

October is a busy month for the Bishops, seeing the club play six games. We kick off the month with a trip to London to play Metrogas in Charlton, before returning home to play Tudor Sports midweek. We then take a break in the league to play the club’s first ever cup tie, away to Meridian VP – who play in the division above Canterbury, the Kent Invicta Football League. Erith 147 Sports then come for a visit, before we face Fleetdown United away, which could potentially decide the league title with the two clubs currently joint top of the league – although Fleetdown do have a game in hand. We round off the month with a thirty-five mile trip west to face Snodland Town.
Login to Quote

Jack
6 years
Great stuff mate, it's all going to plan

Tallery
6 years
@Griffo - yeah, a lot better than I thought!
@Jack - Thanks, certainly is!
Login to Quote

mgriffin2012
6 years
Top of the league, going really well at the minute mate, keep it up!
Login to Quote

Thewes
6 years
Good start to the story. So it can go on, good luck!
Login to Quote

Justice
6 years
A storming start to the season, looks like your team is ready to push on for promotion!
Login to Quote

Tallery
6 years
@mgriffin2012 - We'll certainly try!
@Makaio - Thanks man, glad you're enjoying!
@Justice - It looks like we are, hopefully we can stay there!
@MJK46 - Thanks!
Login to Quote

Three In, Five Out 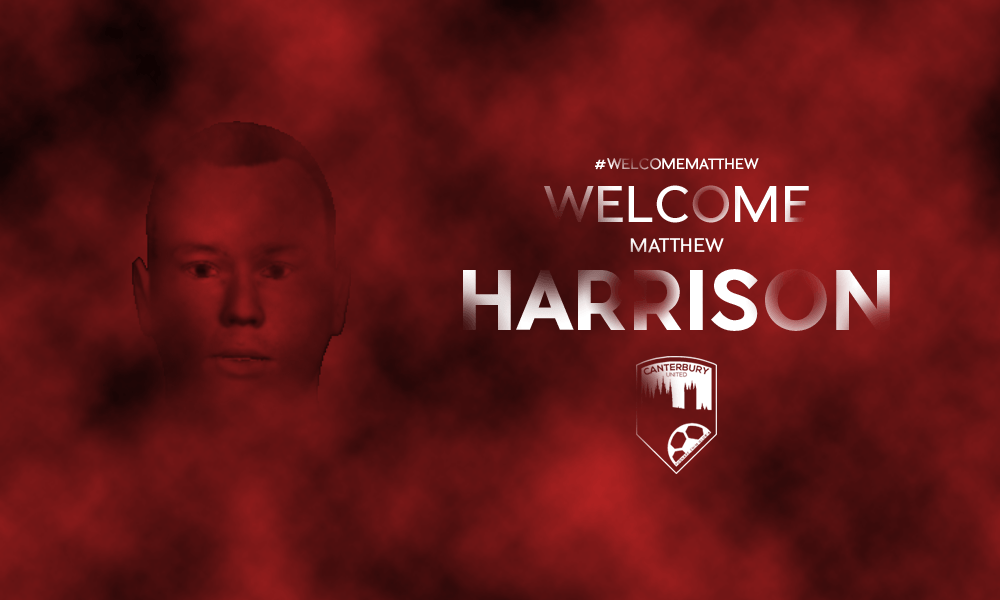 Canterbury United are delighted to announce the signings of Lee Hinchliffe, Dom Lucketti and Matthew Harrison on free transfers, although compensation fees have been agreed due to the rule regarding under-twenty-four players.

The first signing confirmed was Matthew Harrison, who joined from Ilkeston. The seventeen year old told the club’s official website that he was pleased to join the club, and was looking forward to making history.

Matthew Harrison:To join Canterbury United is a dream come true. I am not going to lie, but I was a little unsure at first, but I spoke to [James Robinson] who convinced me this was right. And now I’ve joined, I am really happy to be here. The ambitions the club has is amazing and I want to stay for a little while.


The attacking midfielder signed a two year contract with the Bishops, but boss James Robinson said he hopes he will stay long term.


Harrison joined from Ilkeston via a compensation fee of £5000, and will link up with his teammates immediately, but unfortunately will have to wait two weeks before making his first team debut, as he joins the club with a calf strain.

He made eight appearances for Northern Premier League Premier Division side Ilkeston, who find themselves second in their league, and scored once before moving down south.

Along with Harrison, the club also confirmed the capture of Dom Lucketti from Stockport. 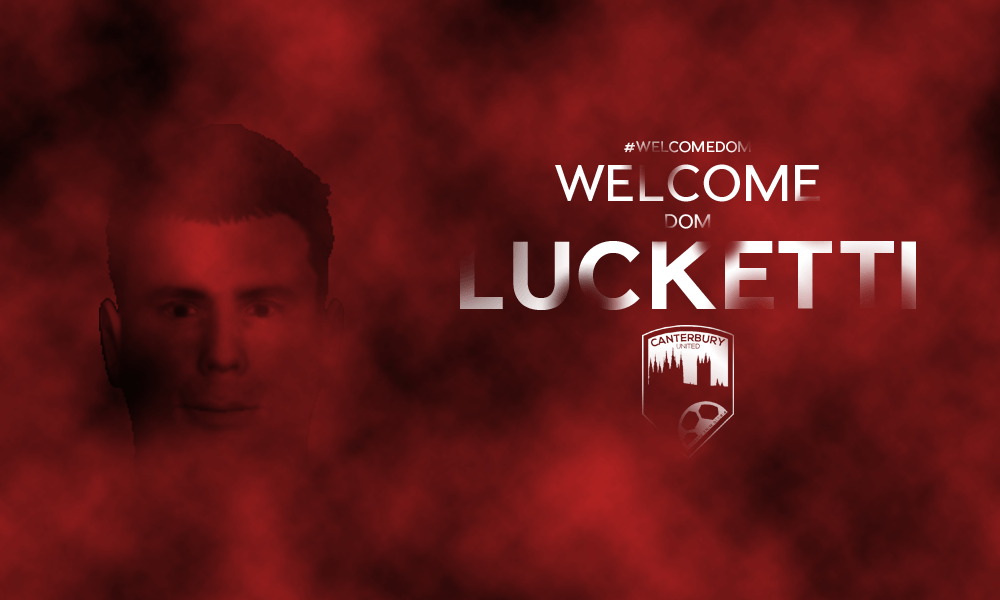 The attacking midfielder, who is also capable of playing on either wing, joined for a compensation fee of £7000 and said he was looking forward to getting started at his new club.

Dom Lucketti:I am very happy to sign here. This club is new, but it doesn’t need history and ambition to convince people to join, it has its ambitions and where it wants to be in the future, and I wanted to be a big part of that. I hope to stay for many years and lift many trophies with the club!


Lucketti joins from Stockport County, who play in the Vanarama National League North, and made seven first team appearances in the league four places above the Kent County League, before getting injured and jumping ship down south.

James Robinson:Dom is another very very talented player, he will be vital to any success this club may have in the future. He can play in a variety of positions, which is great, and very important as it allows us to have a little bit of tactical versatility here. He is another with a lot of potential and he can achieve it here.


Also confirmed was the capture of Lee Hinchliffe, who joins from Havenhill Borough, and was teammates with fellow Canterbury United player Liam Drury, before he was snapped up by the club. 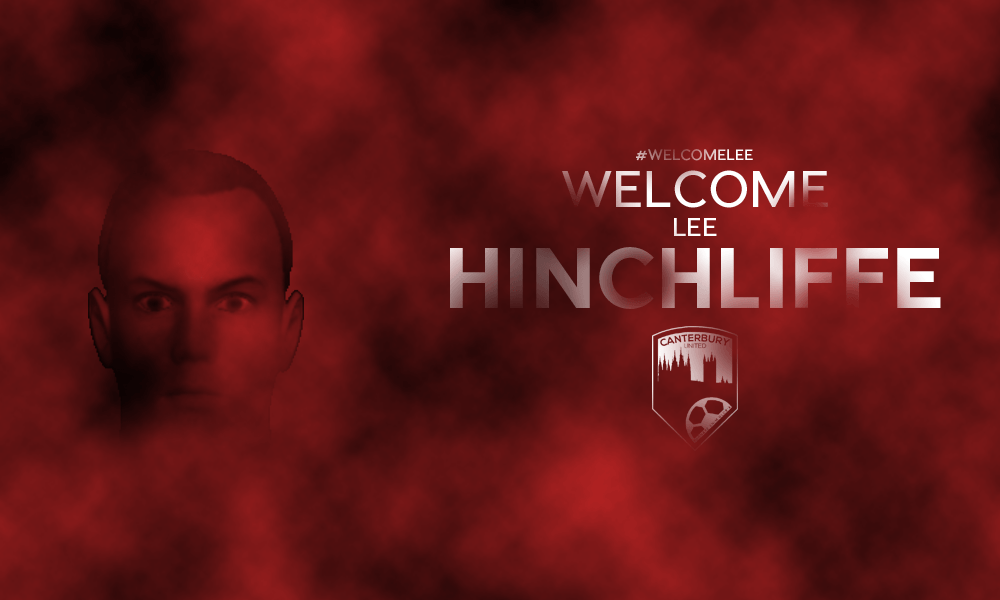 
Hinchliffe, like Drury, started his career with Havenhill, but managed to make seven appearances for the side, and net twice before moving to Canterbury United. James Robinson was also quick to praise him, and all three of the new recruits.

James Robinson:Lee is an extremely clever player and will be a big star for us over the years, and I can’t wait to see him play. We’ve been tracking him for a little while, as we have all three, and we’ve managed to persuade them to join us, which is brilliant. These guys, along with Liam [Drury] and Ronnie [Dalton] are the future of the club, no doubt.


Hinchliffe signed a one year deal with the club, but it is obvious both the player and manager would like to see that deal extended at some point in the next season.

Meanwhile, the Bishops have also confirmed that three youth players, wingers Nick Todd, Jack Slade and Samuel Dunk have left the club on free transfers, joining Woodingdean Wanderers, Bolney Rangers and Great Yarmouth respectively, and first team striker Kris Boateng has also left the club, linking up Pulborough. It is also widely expected that first team right-back Shaun Morris is to join Sandhurst Town in the coming days. The club said it would like to wish all five players the best for the future and thanked them for the time at the club. 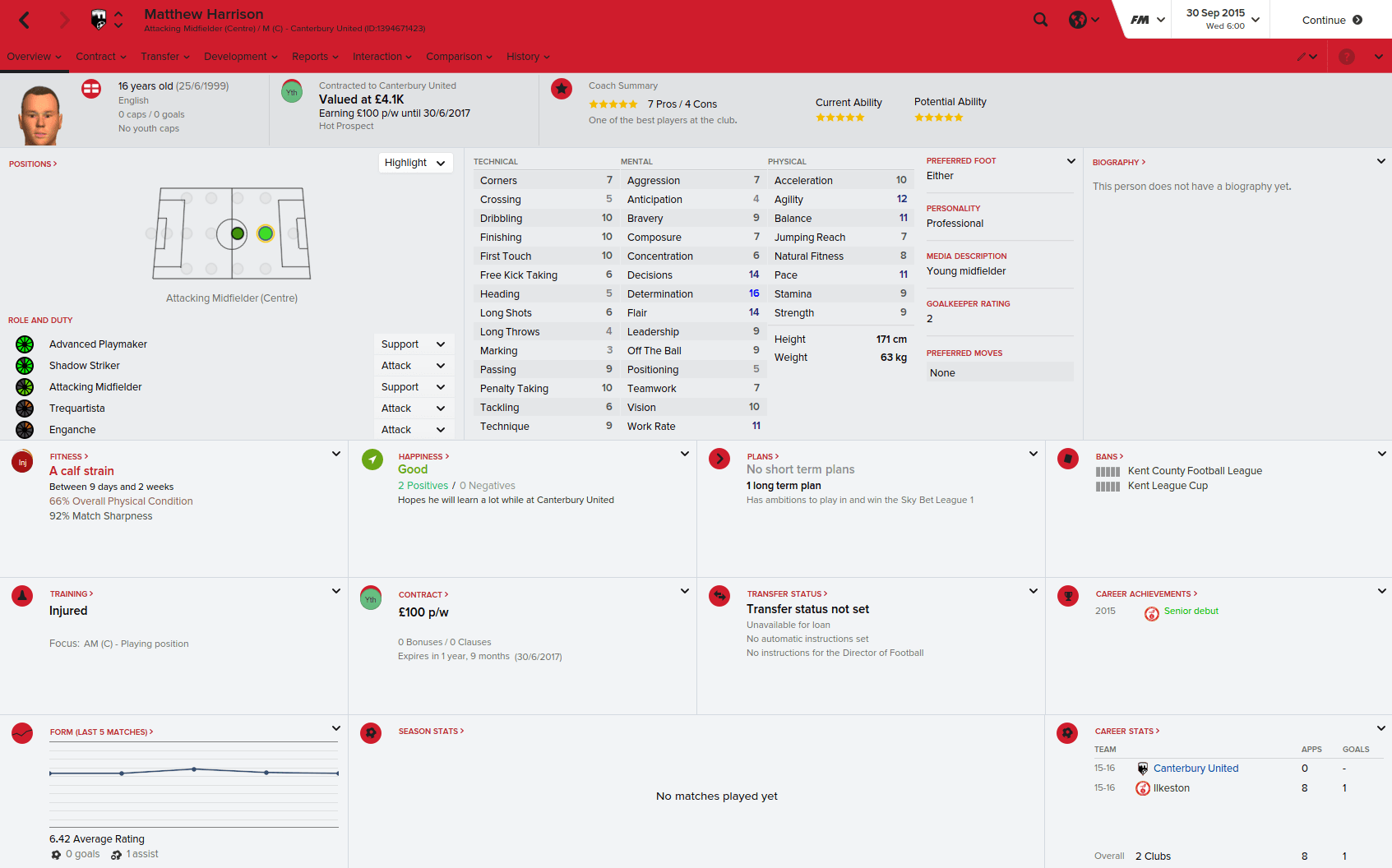 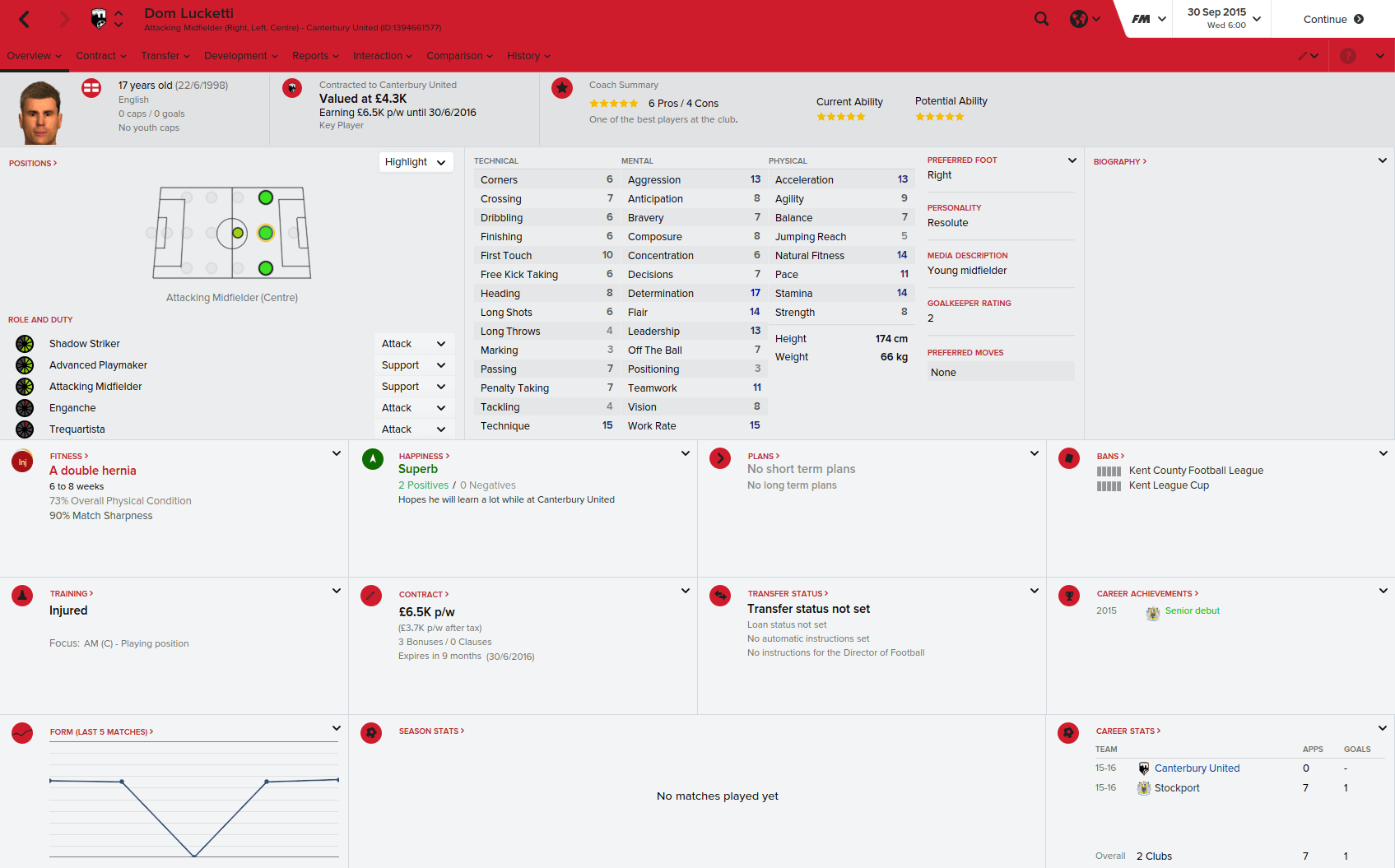 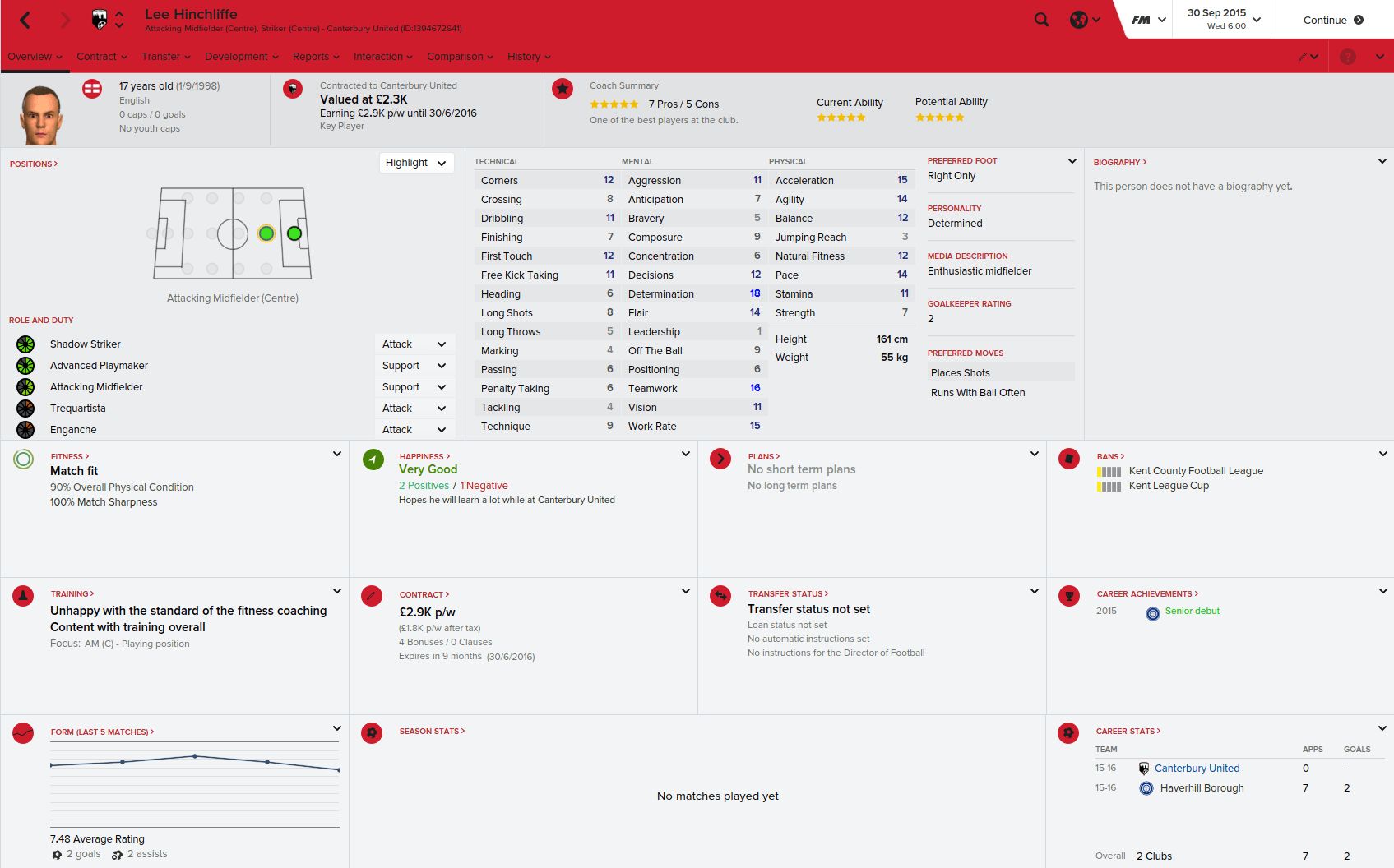