Justice
2 years
A very comfortable league title win in the end. The challenge for next season will be to improve on that point's tally, somehow!
Login to Quote 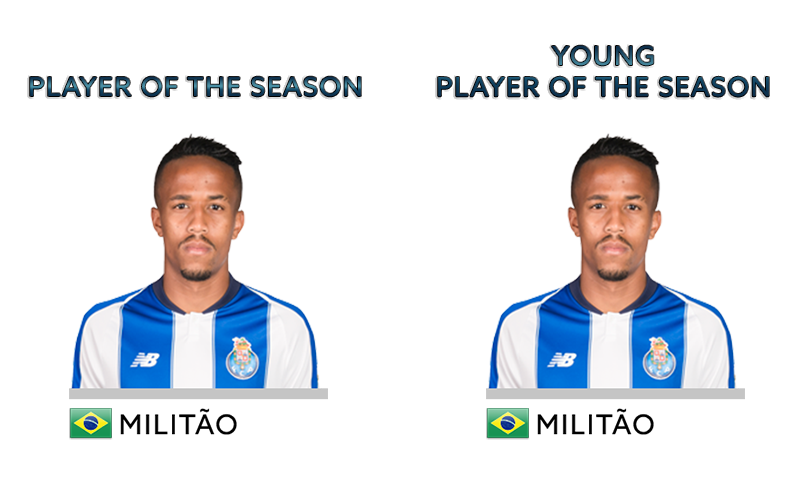 Eder Militao had a fantastic season and became the league's best player of the season. He is without doubt one of our best players and he is just 21 years old.
Aboubakar became the top scorer with 22 goals scored. On the second place we could find Marega with 16 goals scored. We also kept the most clean sheets and 9 out of 11 players in the best eleven for the season were from FC Porto.

We also managed to break two club records this season. We got the most points and scored the most goals for the club in the Portuguese league. In total we won 38 games and scored 139 goals in all competitions combined.

The next post will be a summary of the season and I also have some breaking news to tell.
Thank you for all the kind comments. In the next post I will tell you what's next and I will share some thoughts with you about other stuff regarding the save.
Login to Quote

Griffo
2 years
Another great update, how do you build your graphics and how much time does it take you per update?
Login to Quote

Nerazzurri
2 years
Loving the updates. Congrats on a clean sweep domestically. Now to win some European trophies.
Login to Quote

Jack
2 years
Huge season for you mate. Militao is a key player and hopefully you keep him next season!
Login to Quote

ScottT
2 years
Fingers crossed you can keep hold of your best players and look to develop next season. Continue to be in awe of your graphics!
Login to Quote

Champions League: Round of 1/16

We had a succesfull season and we managed to reach every goal that was set up before the season. We won all the domestic competitions and reached the knockout stages of the Champions League. Thanks to our good results in Europe together with Benfica we have managed to give Portugal one more place in the Champions League! That means that the top two teams will be qualified automatically for the group stage and the third place teams will play in the playoffs.

No shocking results in Europe besides Atletico Madrid winning the Spanish League with 15 points. Our second team, FCP B, won the Portuguese second division but can not be promoted for obvious reasons. 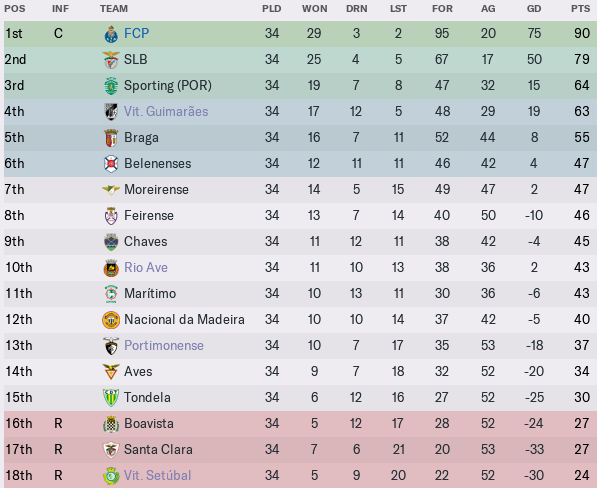 When I took over the club they had problems with the economy despite being on top of European football. I didn't have any money to buy players during the first season and it looked like it would be the same this summer. But after our final game of the season our president Pinto da Costa decided to leave the club.
After long discussions with a Swedish businessman, he finally managed to sell the club. The new chairman has now given me around 40 million euros to spend on new players, and he directly invested 2,5 billion euros in the club.

Griffo: I make them in photoshop and usually it takes around 30 minutes per post.

SonOfAnarchy: Thank you. Hopefully we can get some European titles but it's also important to keep the domestic dominance.

Jack: So far no bigger clubs have been interested in Militao which is a bit shocking to me but I'm not complaining.

ScottT: At the beginning of the story I thought about changing the graphics for the next season to make the season go faster, but after all the comments about the graphics I've decided to keep it going like this.

Thank you for all your comments and feedback. I apologize that my English isn't the best but I'm trying.
Login to Quote

ScottT
2 years
A very tidy budget supplied now. It should be more than enough to bring in some real talent to help the progression of the club.
Login to Quote

Justice
2 years
Not a bad budget to work with for next season, the next step must be to improve Porto's continental standing, surely?
Login to Quote

Griffo
2 years
Even claimed the second division, that depth!
Login to Quote 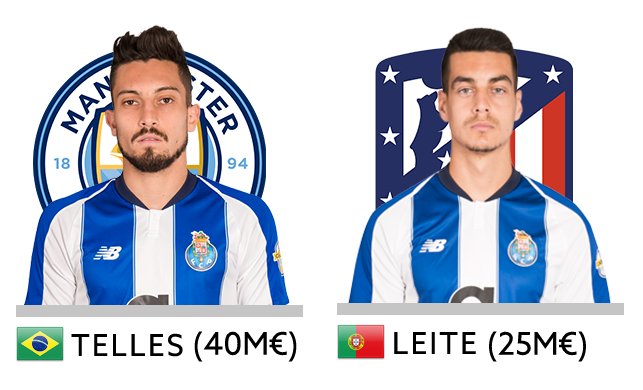 As expected, the two fan favourites Alex Telles and Diogo Leite left the club this summer. Telles, who were voted as our best player this season by the club, was wanted by most top clubs in Europe. He had a buyout clause of 40M€ and Manchester City payed that without problems. Alex had a fantastic last season in Porto with 2 goals and 19 assists in all competitions.
Diogo Leite was voted as the young player of the season by our fans. He is just 20 years old and had a good season, but Atletico de Madrid took advantage of his buyout claused and made Wanda Metropolitano his new home.

We brought in six new players to the team. Jorge was here last season on loan from Monaco and we used the deal in the contract and bought him for just 8M euros. But I wasn't really happy with having only him as the left back so I also took in Luca Pellegrini from AS Roma. Luca is 20 years old and one of the biggest talents in Europe. He was not happy in Roma and 19M euros is nothing compared to the talent he brings to our squad.
With Diogo Leite leaving for Atletico Madrid, I had to buy a new CB to the team. I found Svetozar Markovic from the serbian giant FK Partizan. Markovic is only 19 years old and he has a very big potential.
I also managed to take in three midfielders to the team. Phil Folden from Manchester City was available on loan and I thought it was a perfect idea to take him in, considering that we are playing in four competition and that we need some depth in the squad. Phil is one of the biggest talents in Europe and I'm sure he will be great for us.
We also took in Gulherme Guedes from Vitória SC and Exequiel Palacios from River Plate. Guedes is 17 years old and he will not be a player for the starting eleven but he's got a lot of potential.
Palacios will be a great addition to the midfield. He is just 20 years old but already a player that can make a difference for us. He has good a very good technique as well as vision.

I also decided to give Diogo Costa, Gleison and Fabio Silva a chance in the senior squad. Iker Casillas left the club this summer and instead of buying a replacement I will give the chance to the 19-year old Diogo Costa. He has got a lot of potential and with the strong defensive line that we've got, he will grow even more.
Gleison was the best player in FC Porto B last season who won the second division by 20 points. I think he deserves a place in the senior squad.
Fabio Silva is just 17 years old and I will try to give him the chance in some of the cup games. He has also got a lot of potential but is nowhere near a place in the starting eleven yet.

The board expectations are the exact same as last season.
Login to Quote

We played a derby against Benfica in the first game this season and it was the supercup. After 120 min the score was still 1-1 and it went to penalties. The game had been very even with us taking the lead and Benfica scoring late.
In the penalty shootout we were extremely lucky. We missed our fifth penalty and Benfica had the chance to win but they missed as well. When all the players had shot their penalties it was time for the goalkeepers to step up. Diogo Costa, our 19-year old shot a terrible penalty and Benfica had the chance to win it again. But Diogo Costa managed to save that penalty as well. It took us 16 rounds to get to the end and luckily we won our first title and derby this season. 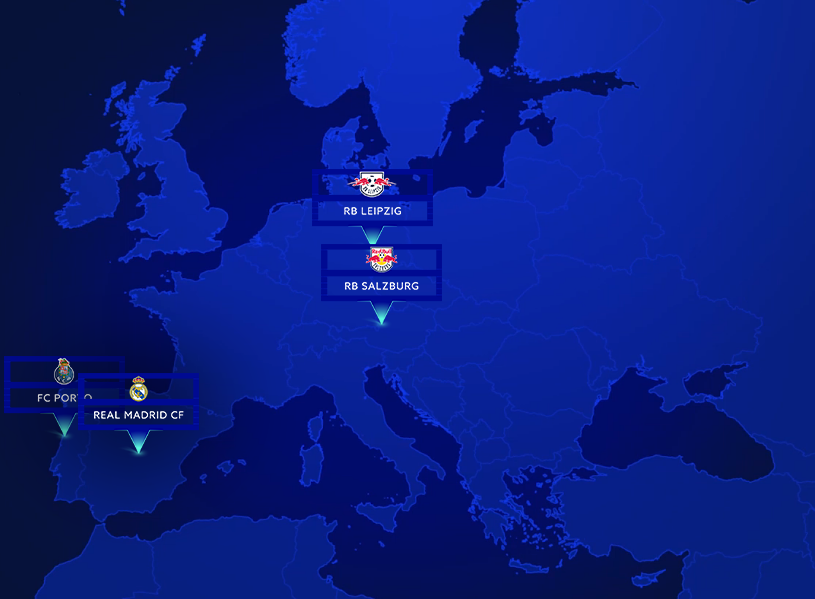 In the Champions League we got drawn against Real Madrid, RB Leipzig and RB Salzburg. It's a tough group but hopefully we will have enough quality to go through.
Login to Quote

ScottT
2 years
Good work in claiming yet another piece of silverware, especially after such a marathon. The hard-work in the league continues, typified with the number of goals scored and none being shipped.

The Champions League group is much better than last year, although I can't help but think Salzburg and Leipzig shouldn't be in the same group. Surely it is a conflict of interest with them being owned by the same company? Interesting anyway!
Login to Quote