Justice
2 years
Such an unlucky way to lose in the CL, in the final minutes of the game. You've set yourself up for an exciting final day clash in the league though, good luck!
Login to Quote

ScottT
2 years
What a way to win it!
Login to Quote

Griffo
2 years
That is a quality update, haven't seen a twitter based update for a while now, great stuff!
Login to Quote

Nerazzurri
2 years
Unlucky in the Champions League, but good progression none the less. And congrats on retaining your title.
Login to Quote

Moussa Marega was voted the best player of the season by our fans. He struggled with some injuries but had a good season when he was healthy. He got more votes than Aboubakar and Felipe who also had a fantastic season.

The fans were negative to the news that I took in Jorge in the beginning of the season, but he has been really great. I also brought in Pellegrini from Roma and he was expected to be the first choice on the LB position but Jorge has been just too good. He had 13 assists in the league and 15 in total which makes him the fans' young player of the season. 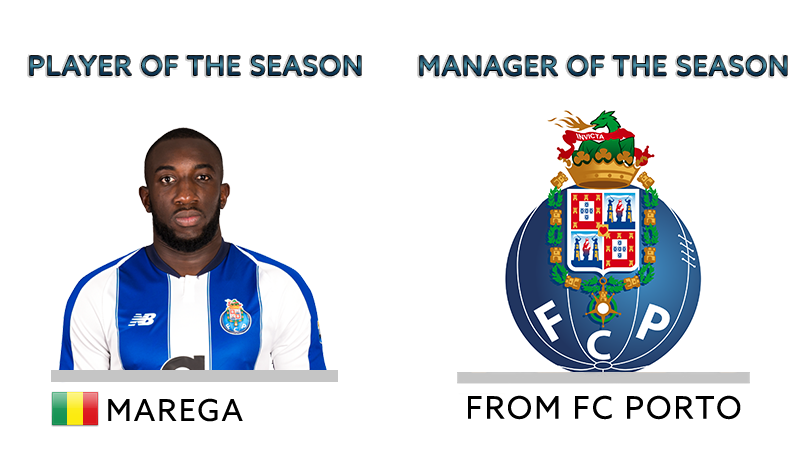 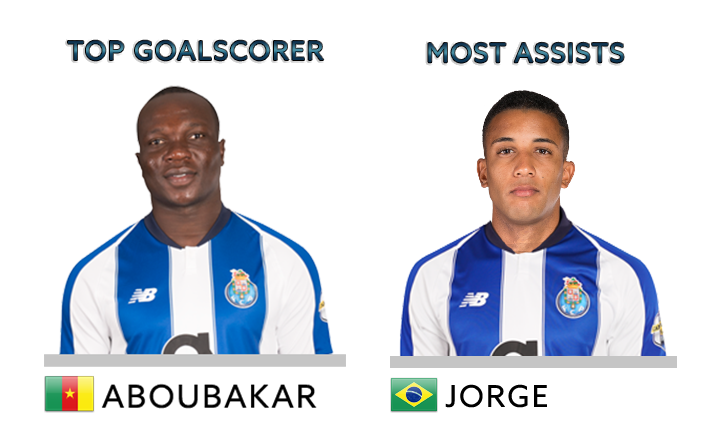 Moussa Marega got the award as the best player of the season in the league as well. I think it's kind of unfair towards Aboubakar who outclassed him in scoring, but Marega had a good season and were the third best goalscorer of the league.
I got the manager of the season award which came as a surprise considering that we secured the title with some games to go last season and I still didn't get it.

Aboubakar had a fantastic season and became the league's top goalscorer for the second year in row. Jorge replaced Telles in a good way and had the most assists in Liga NOS this season. 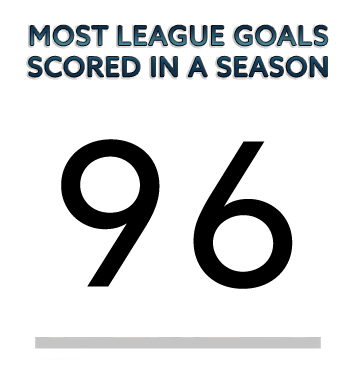 Last year we broke the record of most goals scored in a season with 95 goals, and this year we overcame that with 96 goals. Our offensive players have been great and hopefully we can score over 100 goals next season.
Login to Quote

ScottT
2 years
Another excellent year of progress.
Login to Quote

Champions League: Round of 1/16

Once again there were no big upsets in the other European leagues. Liverpool managed to win both the Champions League and the Premier League while Atletico Madrid managed to defend the league title from the previous season.
The Europa League trophy stayed in Milano for another year after AC Milan beat Hertha Berlin in the final. Internazionale won the Europa League in my first season.
The UEFA Youth League were won by our U19 team after a dominant performance. Last season we got knocked out by Dinamo Zagreb in the quarterfinals but this year we managed to bring it home. 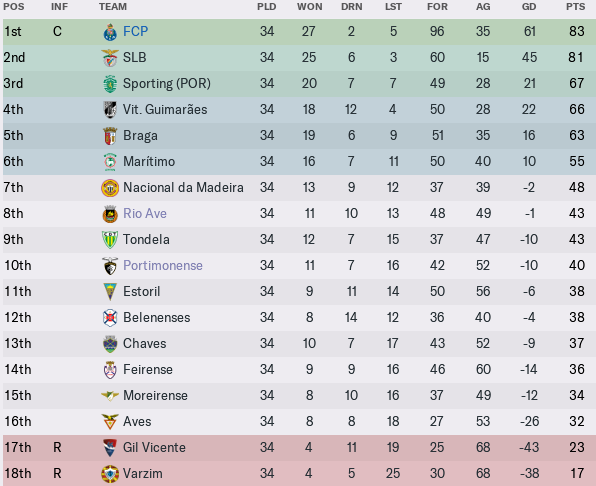 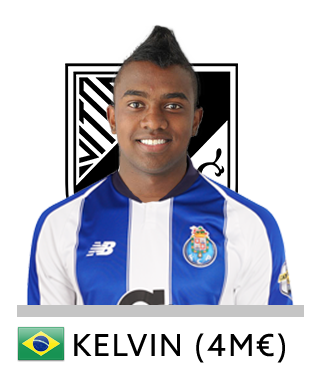 The only player we sold this window was Kelvin. He was at a loan at Vitoria Guimaraes last season and now I decided to let him go. Unfortunately the 27-year old Brazilian never managed to take a spot in my team but he is too good to keep him on the bench so I felt like it was fair to let him leave. 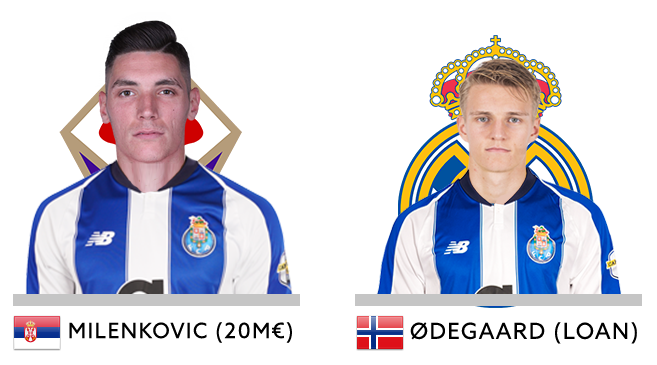 We brought in two new players this window. Martin Ödegaard came in like a "replacement" for Phil Foden. I don't expect any big performances from Martin just like with Foden, but we need to have more backup players considering that we are competing in four different competitions.
We also brought in Nikola Milenkovic for Fiorentina. Our defence was lacking last season and Milenkovic will surely be a good signing for us. We were looking at bringing him in already last season but we didn't reach a deal back then.
The Serbian CB is only 22 years old and has got a lot of potential.

On the last day of the transfer windows we got an offer from Barcelona on Danilo Pereira. We managed to get the fee up to 55M euros but I struggled to find a replacement for him, meaning that we didn't accept the offer. If they would have made a bid earlier I would definitely have sold him for such a big fee, and hopefully they will still be interested in Danilo later on.

ScottT
2 years
The sale of Kelvin is understandable and to collect £4M is helpful, whilst also freeing up some room on the wage-bill. Some real quality brought in with Milenkovic and Odegaard, also. A huge fee turned down in the end from Barcelona, hopefully it pays dividence and Danilo performs for you. I can understandable replacing someone of his quality is a challenge.
Login to Quote

After two straight titles in the Supercup, this year we gave it away to Portimonense. Our opponents had the lead two times and they were way more motivated than us. The previous two Supercup games that we played went to extra-time and so did this. Portimonense beat us on penalties and deserved the title.

What a start in the league! 3 wins and 16-2 in goal difference. In the first round of this season we welcomed Santa Clara back to the first league by beating them with 7-1. Aboubakar showed that he will fight for the golden boot again by scoring two goals already after 12 minutes. In the second game we scored five goals in the first half and the game finished 5-1.
Leixoes won the second league last year and we welcomed them by beating them with four goals to nil. Aboubakar scored another three goals and he has scored seven in just three games! Another good thing is that our youngster Sousa scored two goals this month from his CM position, and the guy is just 17 years old.
We had three easy opponents but we couldn't have asked for a better start. 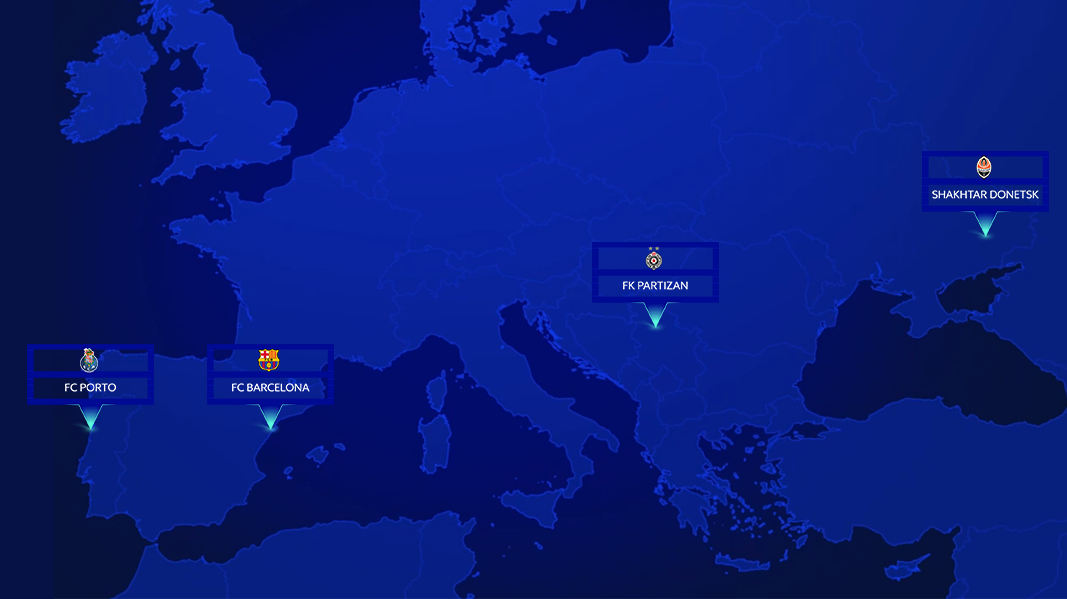 In the Champions League we got drawn against FC Barcelona, Shakhtar Donetsk and FK Partizan. A tough group (as every CL group) but I think our chances to go through are huge. We know the qualities of Barcelona but we should not underestimate Shakhtar and Partizan. Our centrebacks Svetozar Markovic and Nikola Milenkovic will play against their old team Partizan, which will be interesting.
Login to Quote

Justice
2 years
Now that is a fantastic way to open the season! Aboubakar is at his deadly best, seven goals in three games says as much!
Login to Quote

ScottT
2 years
Great start to the league campaign after a disappointing loss in the Supertaca. A decent group in the Champions League which should allow you to progress, also.
Login to Quote

After a perfect start to the league we lost our first game already in September away to Chaves. It was a bad game for us and the home team scored through a penalty.
We made up for that by beating Braga and Tondela without any problems.

Despite losing a game we are just one point behind the two Lisbon teams who both drew one game each in the first two months of the league.
Sporting, who used to struggle the last two seasons, are now in the title race and looking to break our dominance.
What is really surprising is that Braga is last in the table with zero wins after six league games.

We got off to a good start in Europe despite losing points in our first game. Shakhtar away is not an easy challenge but after having the lead I would rather have seen us take all the points.
In the second round we smashed Partizan at Dragao and Milenkovic got to score against his old team. Barcelona won both their games and are on top of the table so far.

In the league cup we won our first game against Lusitania pretty easy and the real challenge in the group will be Belenenses and SC Braga.
1
Login to Quote