Within wage and salary budget, and have offered contracts to Polish Fitness Coach, and a Spanish and Czech scouts on frees to round out staff roster.

Two Irish players have agreed terms, which will add depth to first team. Worryingly, Paul Davies (194cm midfield utility) is out for up to two months with strained knee ligaments – in training no less!

Awarded Manager of the Month for October;

Undefeated, although drew nil all away to Valencia;

Profit of 211K, as a result of European comp prize money;

Leading Group G at present with a 3-2-1-0 record. Other teams have won one a piece. Within the competition, Barca and Man U appear the teams to beat thus far, being three from three and very strong (ie double digit) GD.

Kiwi
7 years
Avram Grant has taken over as manager of Sparta Prague.
Login to Quote

Kiwi
7 years
Tony Pulis has been sacked by Stoke City.
Login to Quote

Kiwi
7 years
My Ass Man is shouting the odds about how well Dario Jozak has been performing in training recently.
Login to Quote

Kiwi
7 years
I have employed Pavel Holy as a scout on the strength of his 17/17 scores, his age and knowledge of the Czech Republic. He had been employed by us previously in the 13/14 year, and we obviously did not renew his contract.

Maruisz Lewandowski has also joined as the Fitness Coach.
Login to Quote

Kiwi
7 years
Daniel Güiza has also joined the staff roster as a scout.
Login to Quote

Kiwi
7 years
It is particularly the Man City and the Barca results with scare me just a tad.... 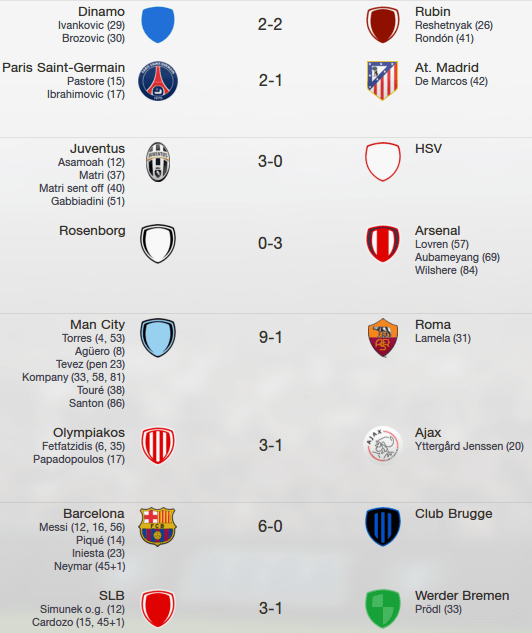 Injuries, suspensions and general conditioning meant that we didn't have our first choice team on the paddock, and surprisingly, it was not a sell out as a shade over 6,000 came to town.

Rolling out our 4-3-3 formation, which doesn't give us any possession advantage, but appears to give us the edge in positioning, the first half was akin to a game of ping pong, where the score went back and forth, as both team searched for that critical breakout goal.

We were two one up midway through the first spell, when disaster struck. Ref awarded a penalty to Valencia, which Gil managed to duff, but it handed the initiative back to them, and it was only a matter of time before they equalised through Gil, and then went ahead through Parejo. We pegged them back on the hooter via Ajanasjev, to go to the sheds 3 all.

The defining moment came in the eightieth minute, after Ajanasjev was bought down in the box, searching for his hat trick. From the set piece, captain Michalik slotted one home, and we outlasted Valencia to record a fantastic 4-3 win. A true game for the ages. 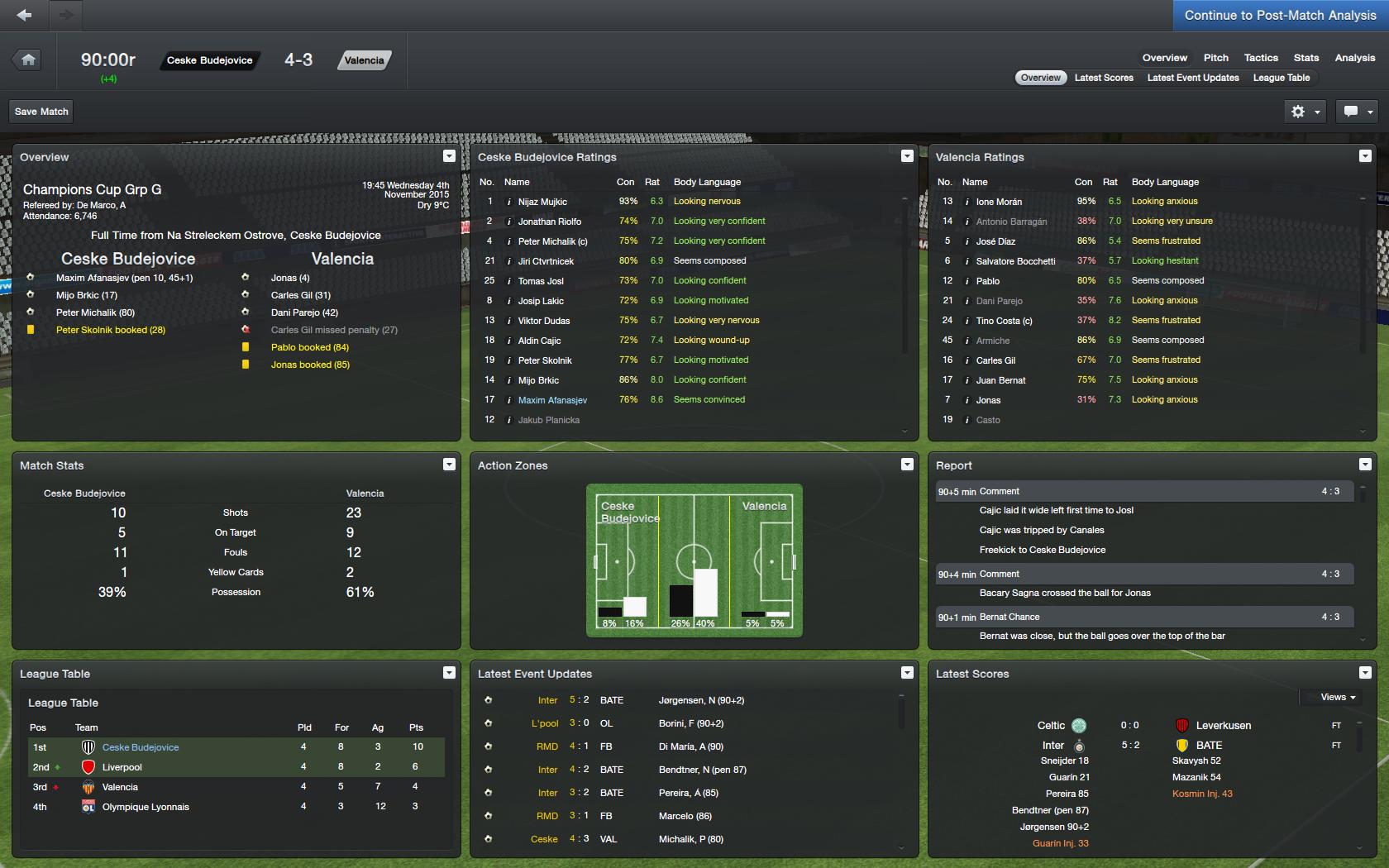 Kiwi
7 years
Okay, it wasn't pretty at times, but I suppose you could say it was pretty effective.

Kiwi
7 years
I just hope not to meet Man City, Man U or Barca in the next round. That would spell the end of the road for us.
Login to Quote

Kiwi
7 years
Injuries and suspensions meant that youngster Brkic was blooded into the first team a little sooner than I would have envisaged, but he has taken his chances, now he has a record.

Kiwi
7 years
Former Swedish midfielder Andreas Johansson has joined the coaching ranks as a coach and will oversee the strength category.

Kiwi
7 years
Our prospects over the next few years don't look bad, if the national call-ups are anything to go by: 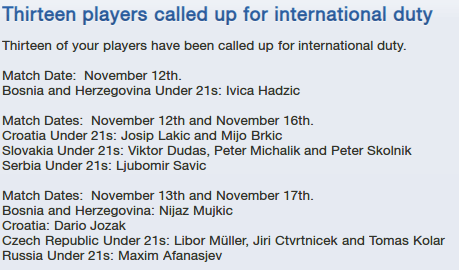 AlexSonwild
7 years
If you finish first of your group, you shouldn't play Barca, City or MU in the first knockout round

Kiwi
7 years
Thanks for your comment Sonalexwild, there is no guarantees I will finish top yet, Liverpool could still pass me, we have 10 points, Liverpool have 6, Valencia 4 and L'OL 3, so no one is out yet.

I am beginning to enjoy it myself, it did take a while though....