Small challenge: Bet you can't win the EPL with boringwood before you have to leave for army duties

Small challenge: Bet you can't win the EPL with boringwood before you have to leave for army duties


Here we come to the end of 2015/2016, and the mighty Boreham Wood are looking to keep impressing in the league and finish the season as champions. 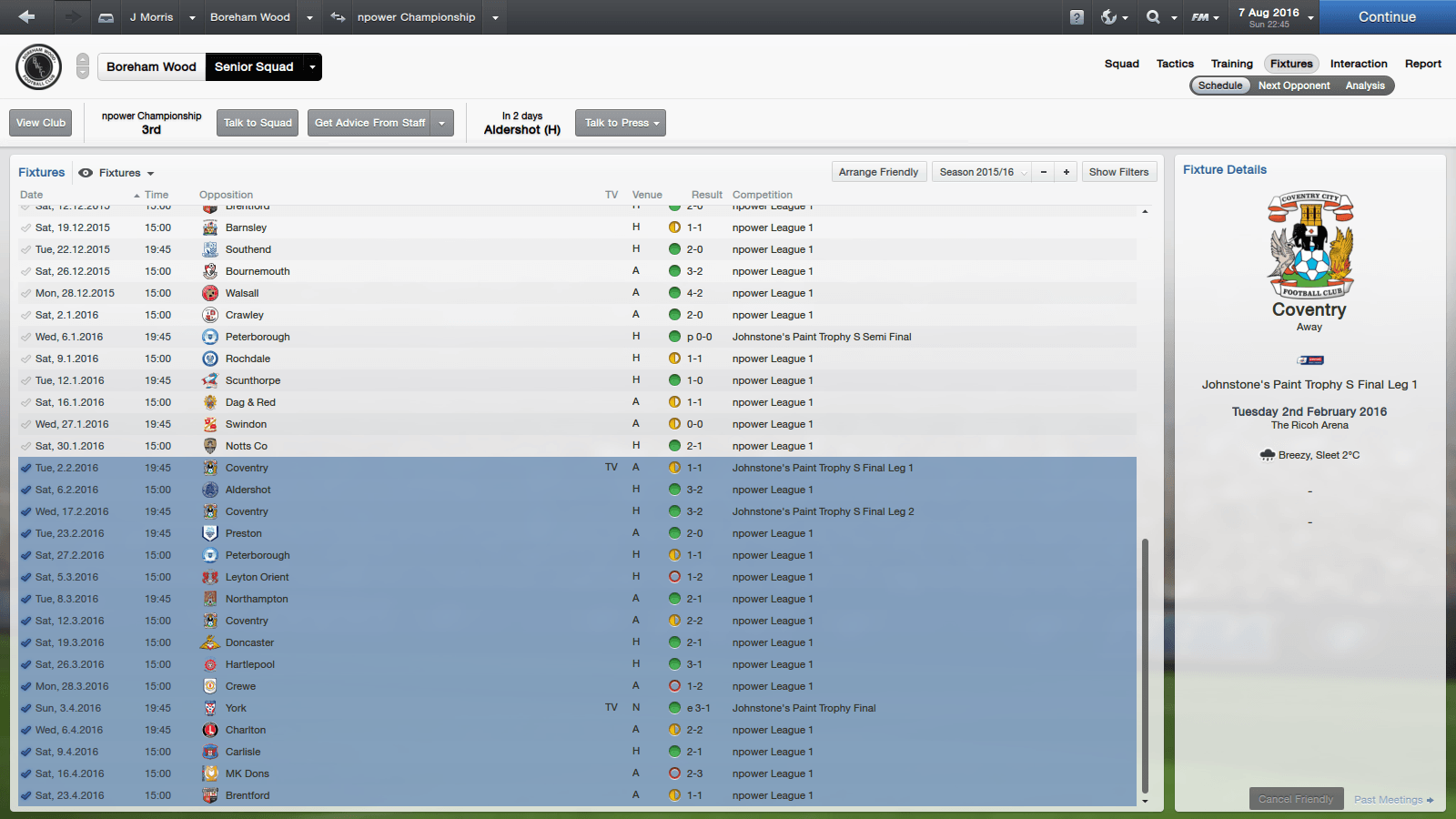 JPT: We got Coventry on the South Final. With a 1-1 away and a 3-2 home brought us to the final against York. The final was tight. We trailed 1-0 but Cesarini managed to get a late goal to send us to extra time. In extra time Cesarini continued impressing with a really good brace and we won eventually 3-1. 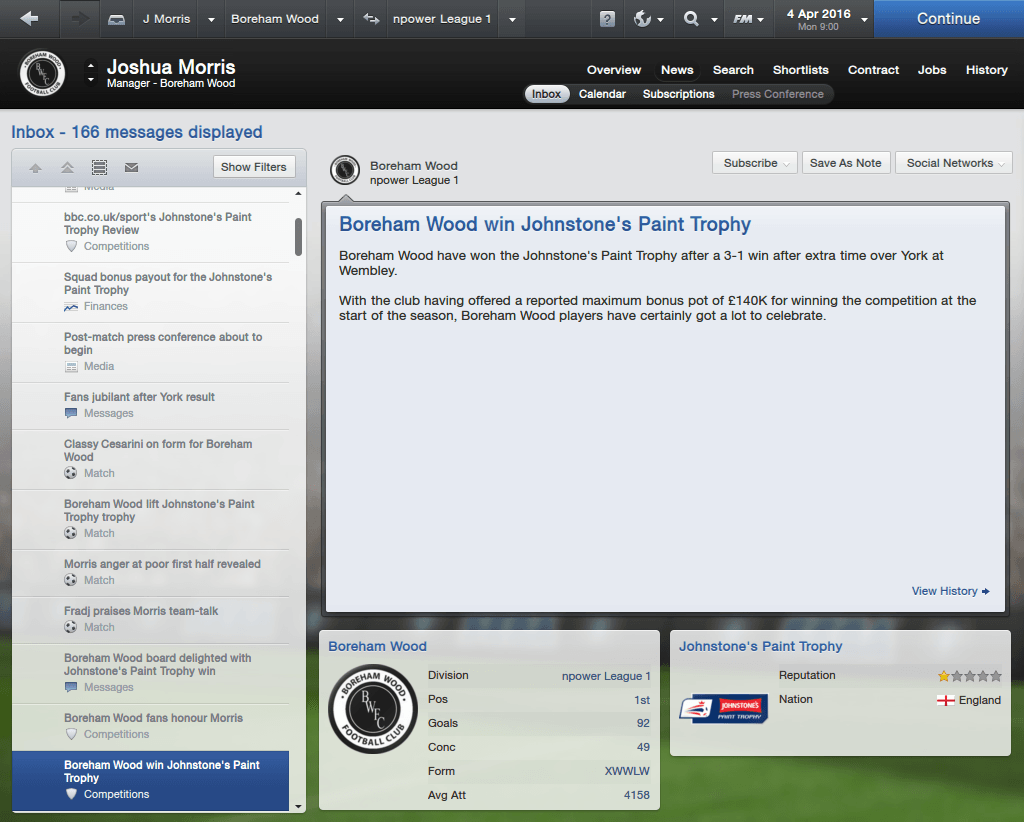 npower League 1: We were absolutely amazing throughout the season and ended up as champions with 92 points (again). 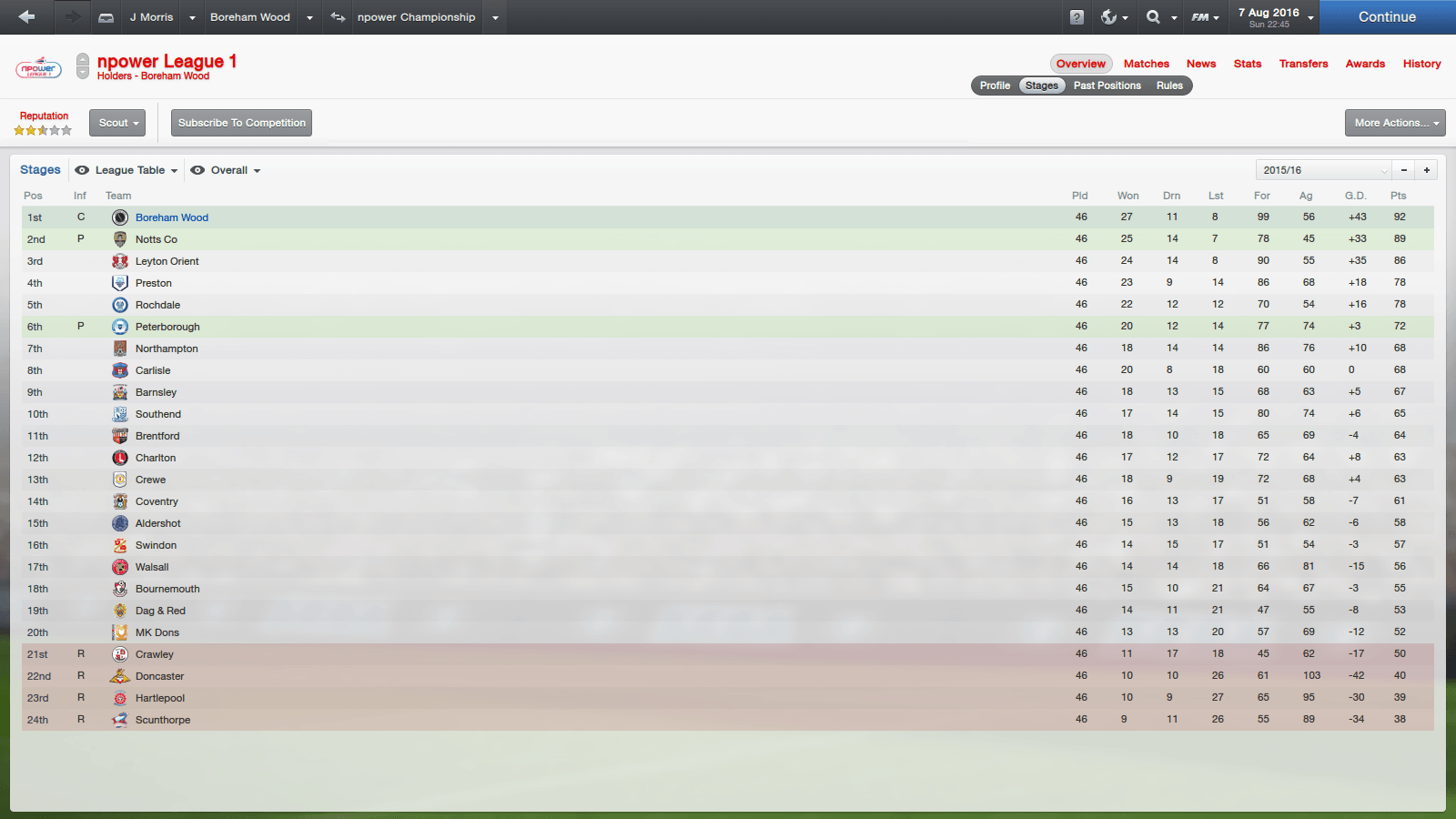 After a lot of time in our beloved Meadow Park, It's an end of an era. The new stadium is finished and next season, we will host our games there. The last ever scorer in Meadow Park was Alessandro Cesarini. 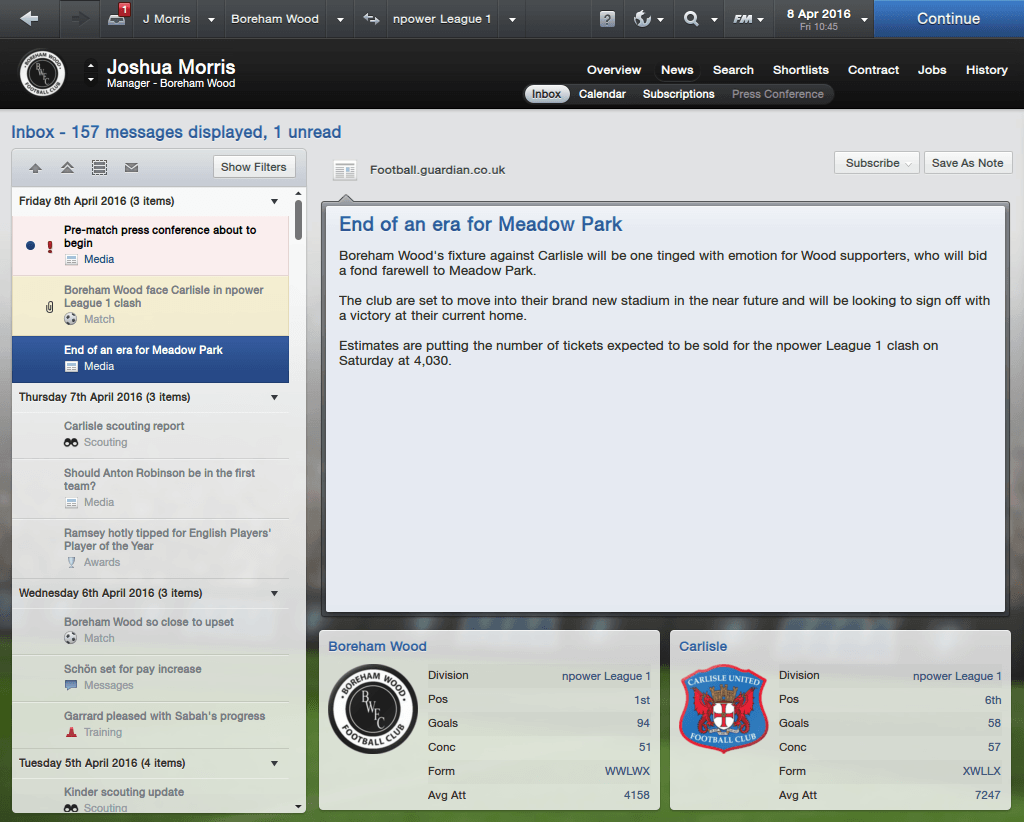 Speaking of Cesarini, the next season may be Cesarini's last year with Wood. His contract is running out next season, and to renew it he demands 20k p/w. We are simply can't pay that.

After our great season, our superb goalkeeper, Rhys Taylor got his first cap for Welsh national team. 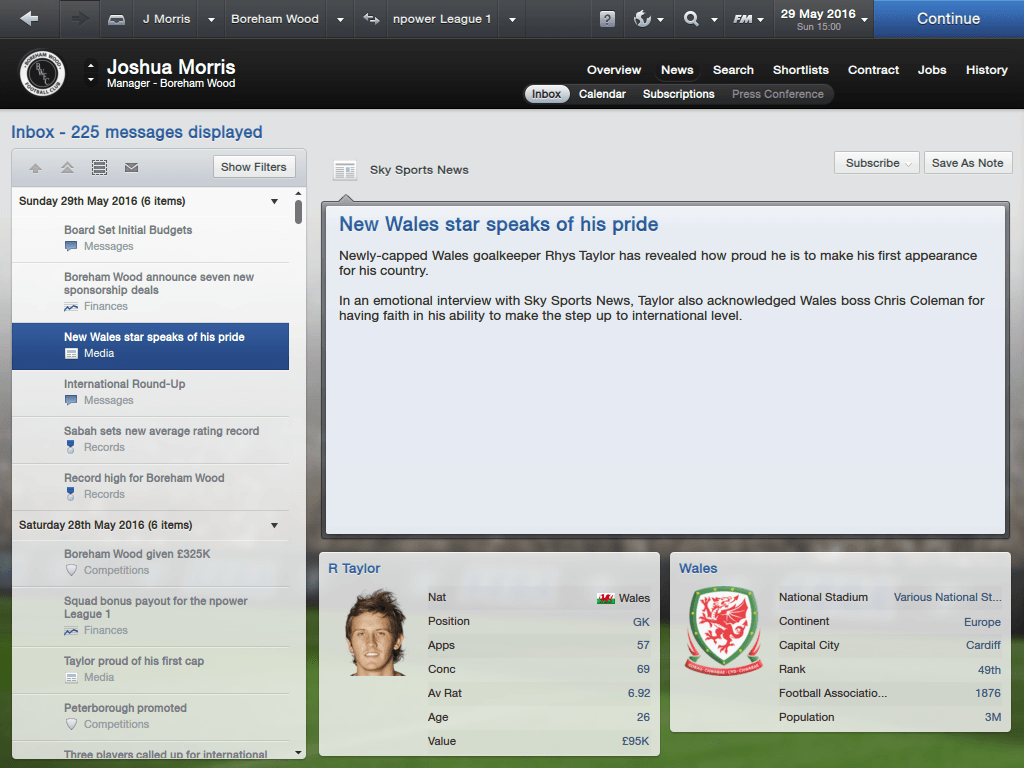 Also, Joshua Morris was named as manager of the year. We hope to have a very good season in the npower Championship next year.

tango602
7 years
Congratulatons on promotion to the Championship

Sad to see you leaving Meadow Park though

Michael
7 years
Congratz, just as good as mine


I know, such a great song

Lynchy
7 years
Do u change the kit in game or is it just an input?

What a story I think you can make to the best league in the world in no time!


Campeones, Campeones! Ole Ole Ole!!
These are the last words heard in Meadow Park. But now we have a much much tougher challenge called the "npower Championship"!
To stand a chance in obtaining another promotion we signed some new players. As always, for free. 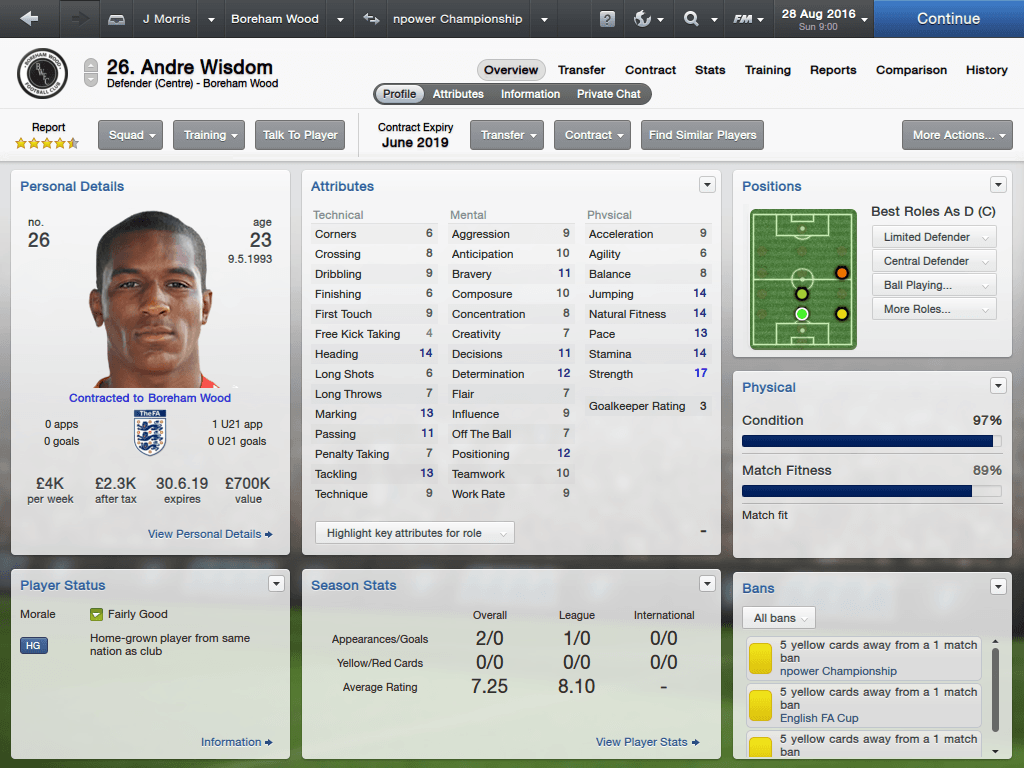 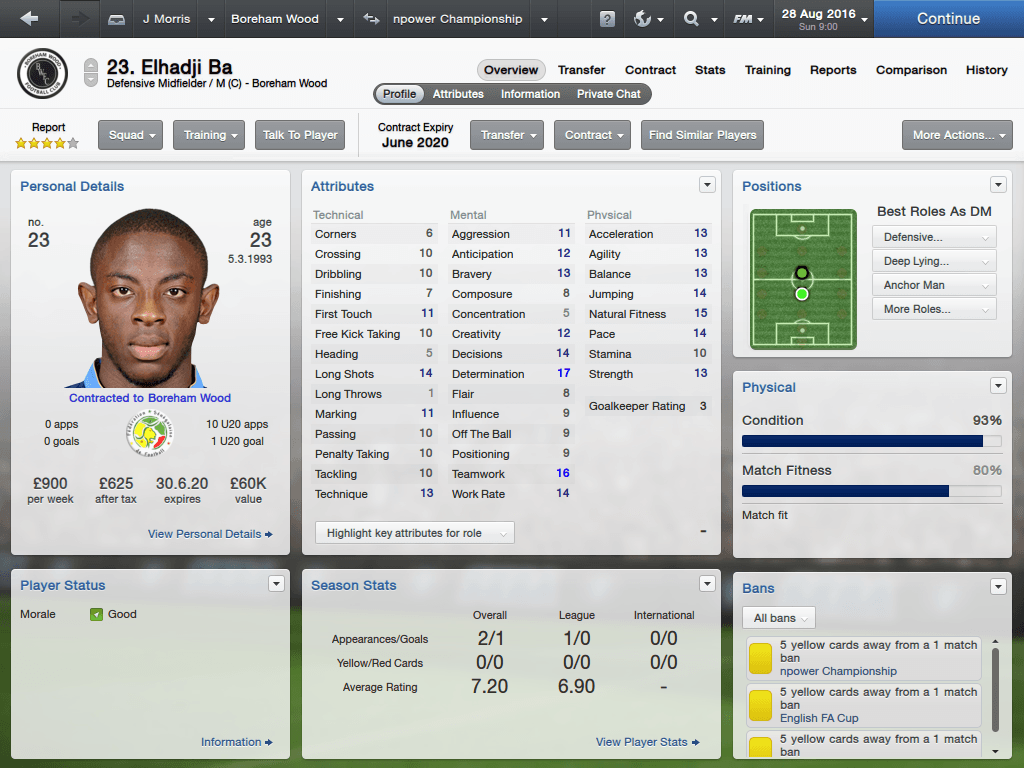 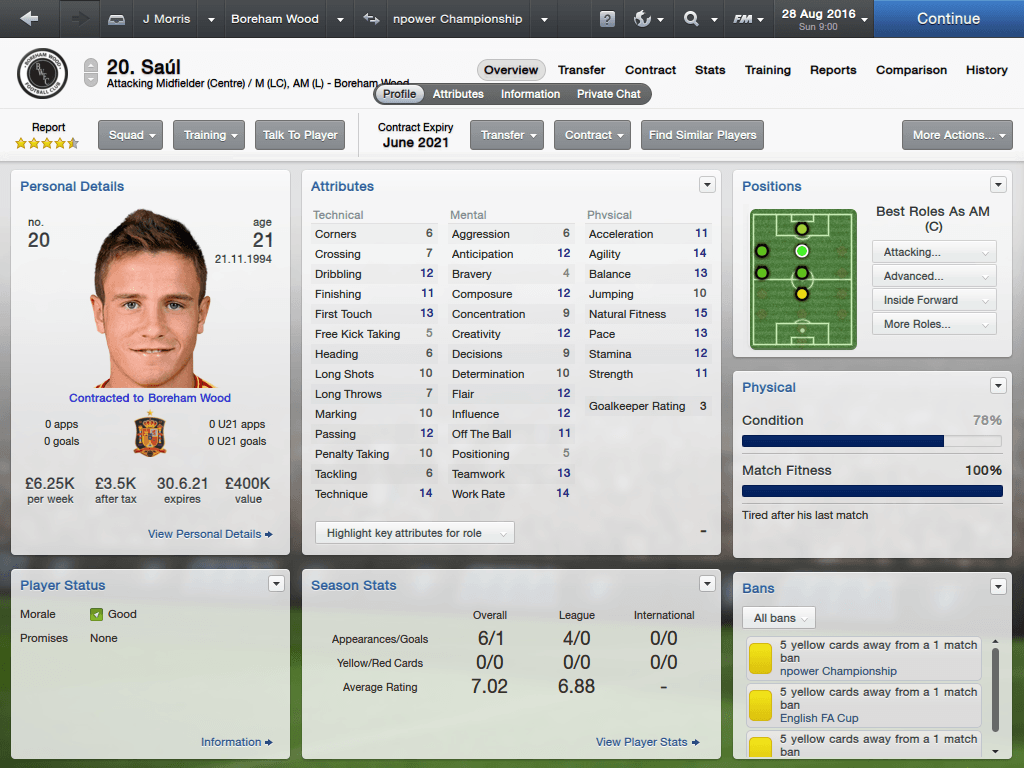 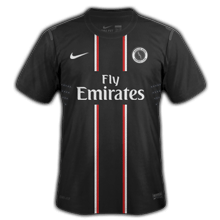 
The assistant have managed the friendlies and got some nice results. We have started the season and got some proper results as well. 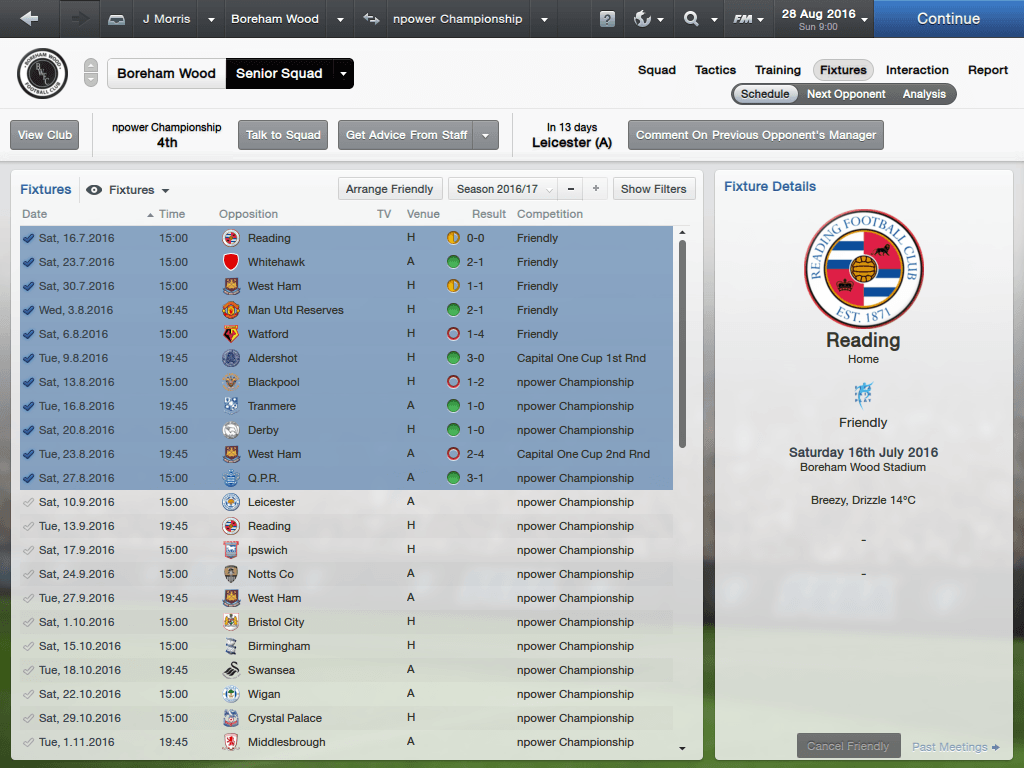 We already got out of the Capital One Cup after a 4-2 defeat to West Ham, but it's ok. Gives us more time to concentrate on the league.
In the league itself we had 3 wins and 1 defeat in four games. Pretty nice considering how we thrashed Q.P.R. 3-1 away. 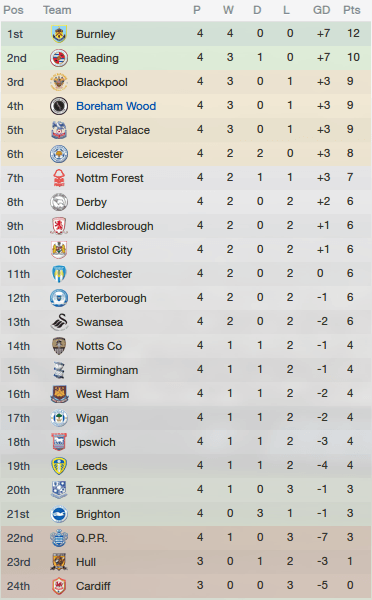 
We have started the season nice, but need to improve in order to get promoted. These two months we have a lot of strong opponents such as West Ham, Birmingham and Swansea. We will have to be at our best and get as many points as possible. 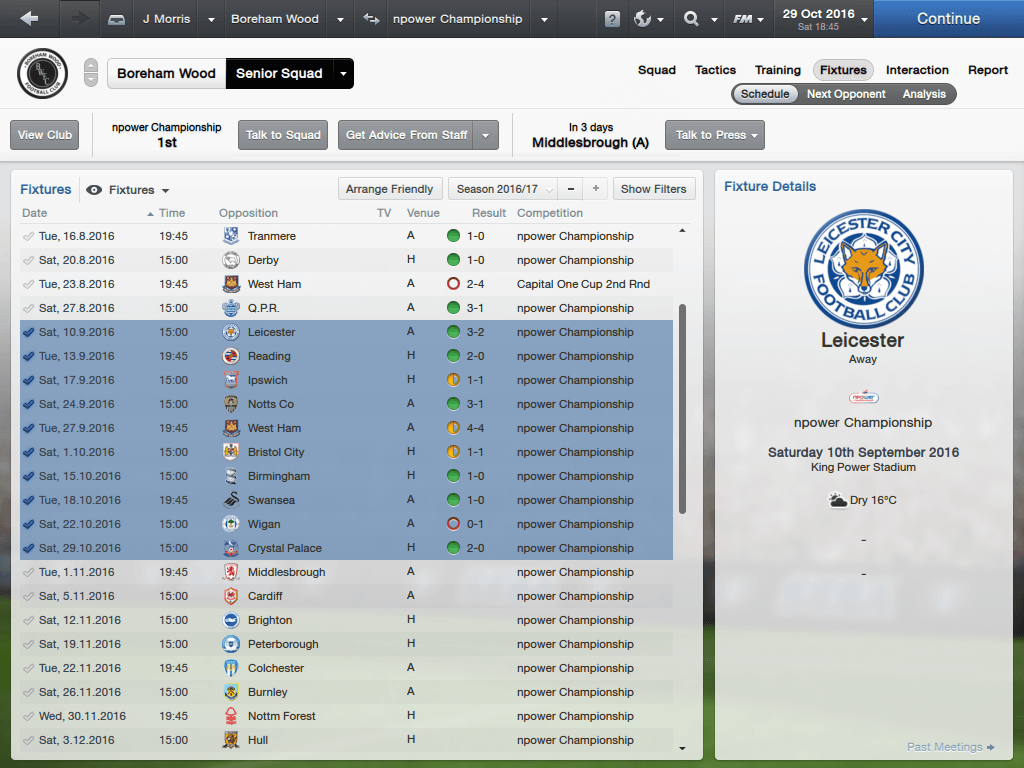 Fantastic. Absolutely fantastic. 3-2 over Leicester, 2-0 over Reading, 1-0 over Swansea. We really improved as a team and the results are proving it. The final game of the update was against Crystal Palace. They were 1st with 28 points and we were 2nd with 27, but we managed to win 2-0 and take the 1st place.

We also signed a very very talented player on a free - Nemanja Matic. Matic had a very nice career with Chelsea and Benfica, and now he joined us. Profile: Also, Alessandro Cesarini have improved dramatically and got to a value of £2.2M. His profile now: (16 Finishing!) 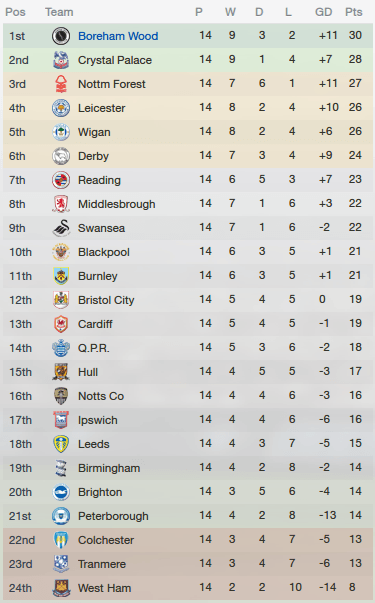 MattBerry96
7 years
glad your back or!
1
Login to Quote