MarkKolatowicz
8 years
awesome new strips ;D and of course a fantastic run of results during the last month ;D keep it up Or doing great
Login to Quote

afhp89
8 years
you are doing better than i did with bath mate. keep going yeah..

The FM Rookie
8 years
Top of the league! Booyaa biatch!!


The Wood are starting 2013 after an amazing month full of wins. We already occupied the first spot at the league, but we will need to work hard to keep it. 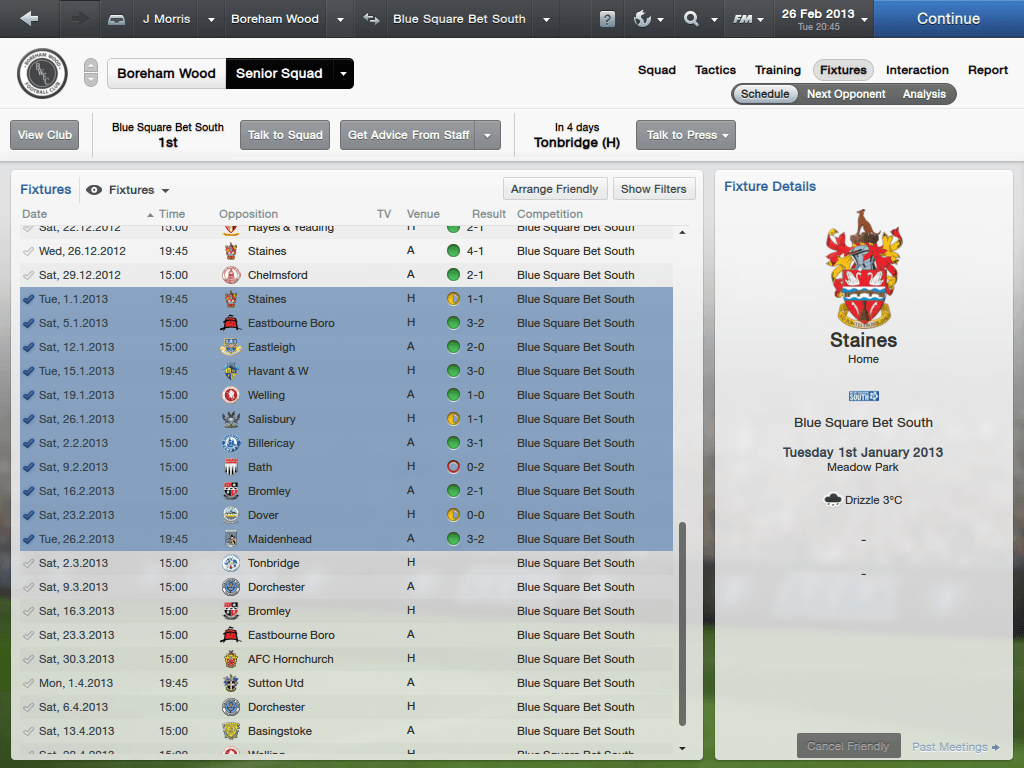 Well, three draws and one defeat, but overall very good performances. I am very pleased with my team. We proved that we are so far the best by being consistent and wining almost every much. That's simply awesome. In the table we got an amazing 20 points advantage over the 2nd place. Promotion is ours! 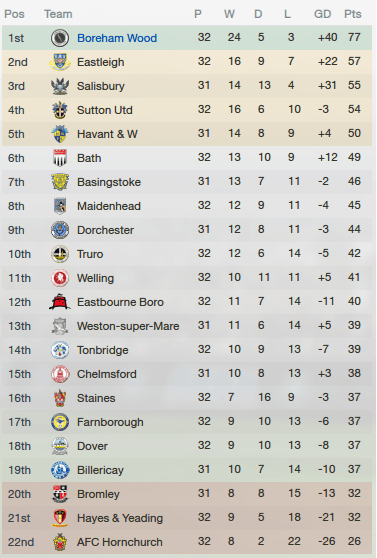 Great going or, you'll be in the PL in no time!

Keep it up. Also pleased at Truro's position as I live quite close to them.
Login to Quote

andrew98
8 years
Very good results Orrrr, your team is "ilegal" hahahaha, The Wood to the Premier League!!
Login to Quote


After leading the table by 20 points and securing a playoff spot, Wood's next target is to finish as the Blue Squre Bet South champions for the first time! 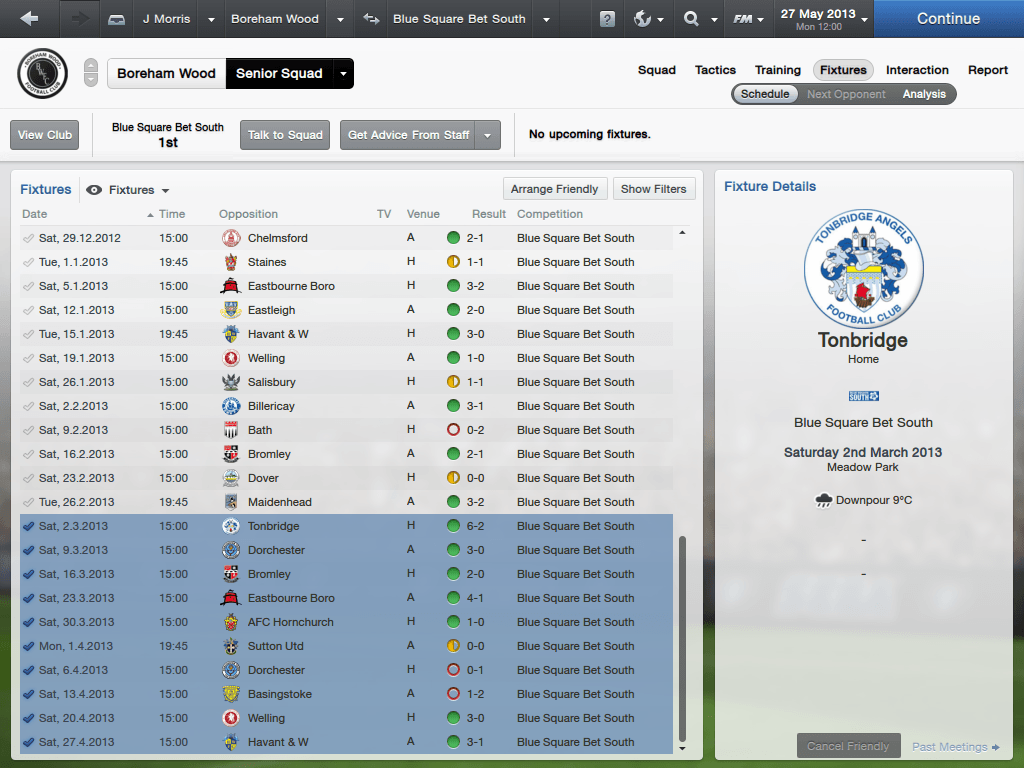 Except a bad 3 games (a draw and two loses) we had an amazing end to the season. We simply run over any other team without problems. In the final league table we finished as champions with 99 points. 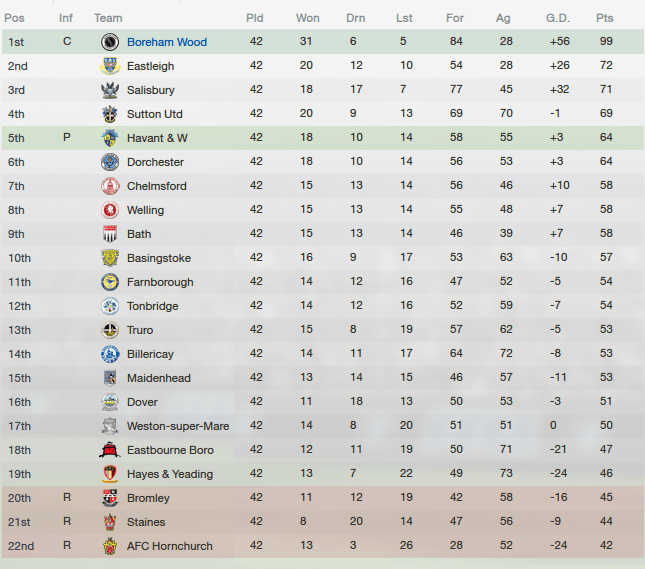 Omer Riza undoubtedly was our best player, and he finished the season with 35 goals and 18 assists in 44 games. He got his reward for this: 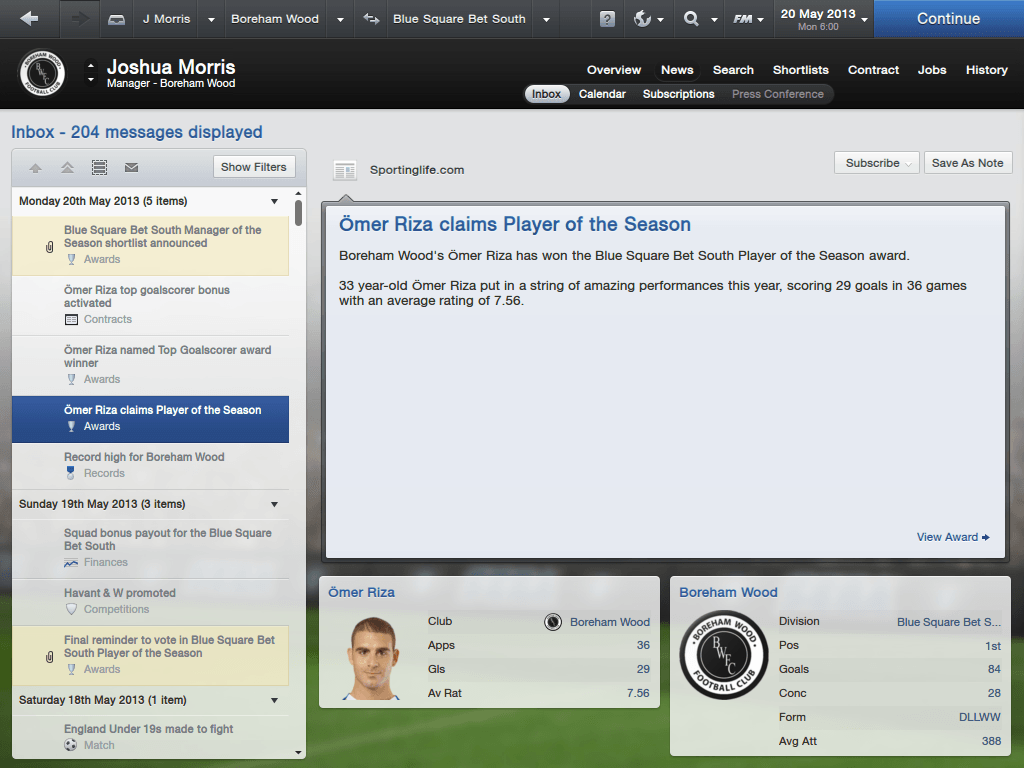 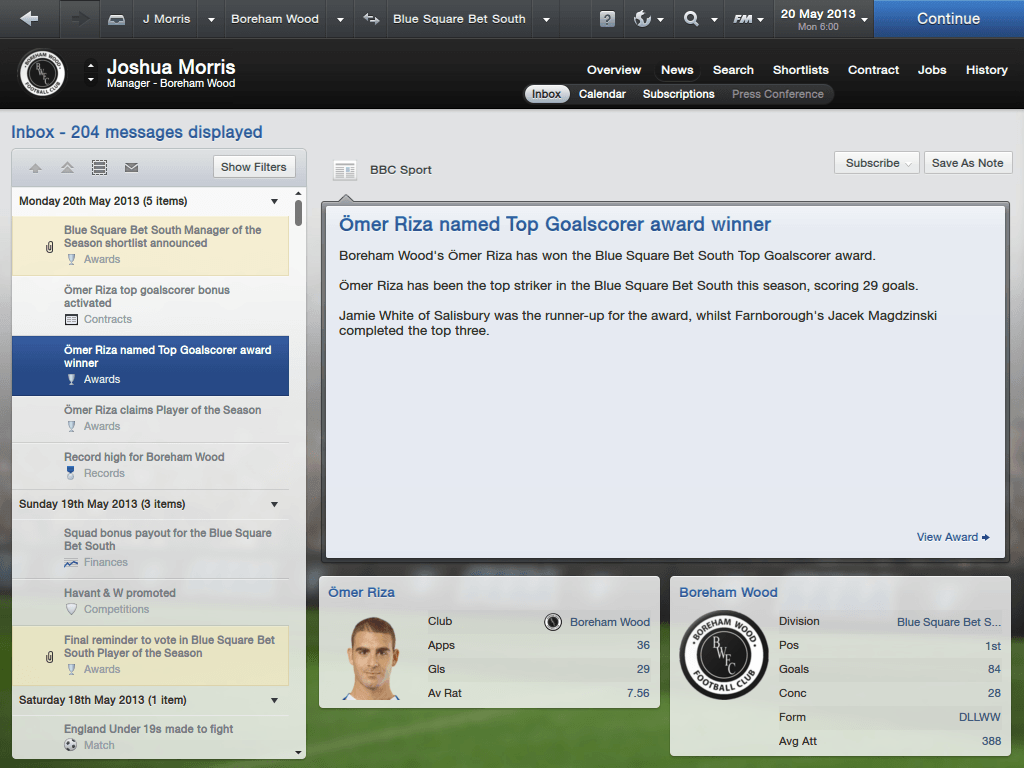 I also won a very nice thing.... Manager of the Season! 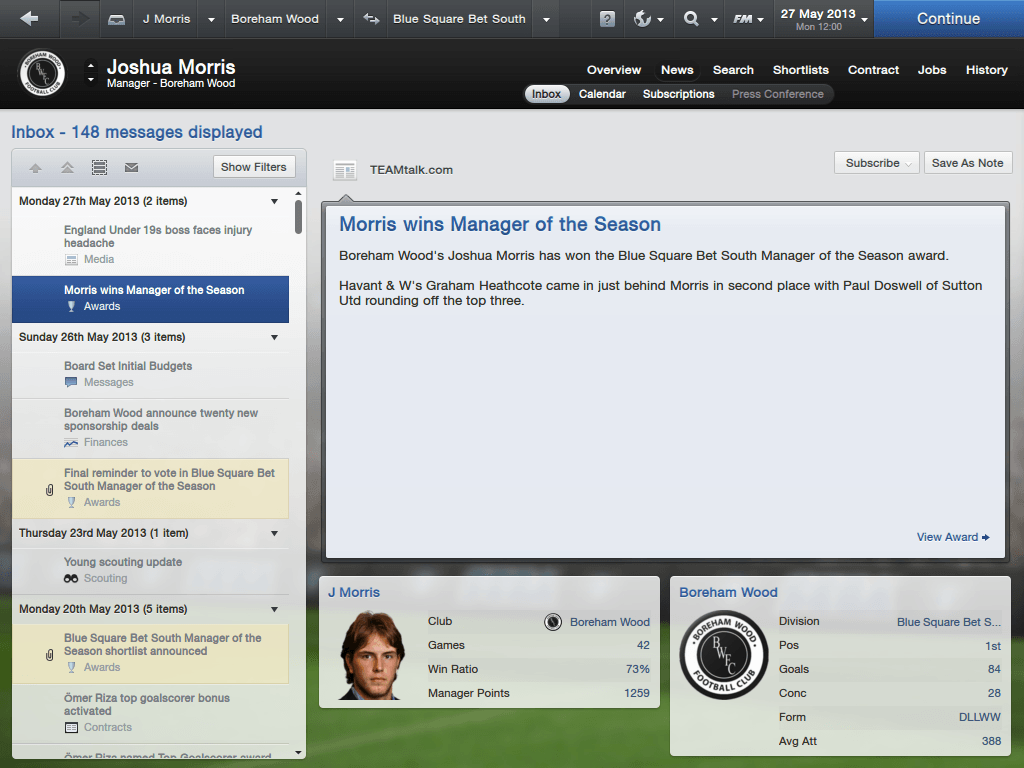 Now we will need to build a stronger squad for the Blue Squre Bet Premier, and to rule the world!