Seni
6 years
just because I havent commented doesn't mean I haven't been reading. Great story,keep it up
Login to Quote

Jer
6 years
Thank you guys for the 2000 views!! This has been a great adventure for me and I hope the same goes for you!!!
Login to Quote

"And as Finishing Touch, Jeremy added some Dutch"
Login to Quote

Tenerife will have another player depart their team, as midfielder Chechu will join up with Toledo. Currently, Toledo participate in local leagues that are not official by the Spanish F.A. Chechu, who will leave Tenerife for nothing in January, explained his departure in a press conference. Below, we provide you with his responses.

J: Hello Chechu, how are you feeling about your recent move to Toledo?

CH: I'm feeling great. Ever since Gonzalez arrived here at Tenerife, he changed the club upside down, in the good way.

J: What do you mean?

CH: He changed our style of play, and that didn't suit me. I asked him at the end of the last season to transfer list me and he did. Though, Toledo finally got aware of my availability.

J: How does it feel to drop a "lot" of divisions?

CH: I don't really care about playing the PL or Liga BBVA, I just want my pay check and play week in and out.

The journalist surprised, decides to end the press conference.
Login to Quote

Neal
6 years
Nice interview, lol he hates you and loves you?

Tenerife manager, Raul Gonzalez, has recently criticized his new goalkeeper, Casto with his injuries. The manager said," It's just annoying. One day he is okay and the other day he's ruled out for a month. The last time Casto was lucky that we didn't play for a week or two. This is just the drop that spilled the glass. Casto might get sold if he keeps getting injured. It's the second time he's injured in the month." When Raul was asked about the seriousness of the injury he replied," It's another 3-5 weeks. We might even have to recall Nau from C.D. Marino." Nau, who has played four matches for the Tenerife affiliate begged his manager to let him stay. He said," I'm enjoying some first-team action here at Marino. I'd like to publicly to beg Raul to let me stay here." When Nau was asked if he would secure a permanent deal, he calmly said," I would like to see my chances and what the club offers. Of course I'd like to be here at Marino, but Tenerife might give me a better role next season. Raul has me in his plans."
Login to Quote

Raul Gonzalez, manager of high flying Tenerife has confirmed another injury for his team. This time though, is about the club's leading scorer this season, Yeste. The 33 year old has started the season extremely well, scoring 4 goals and assisting another 3 in 7 appearances. Raul, who was extremely mad with Yeste's injury revealed it how it happened. He described," Yeste was late for training and tried to cover for it. He was already late for stretching and when jogging came, he pulled a muscle." The manager added," This happens when you tried to cover from your mistakes. This will give do Prado and Saul a chance to displace him." This leaves Tenerife with only two strikers to last for a month, if nothing bad happens to the team. With this injury, Tenerife's injury table rack up to three, in one month.
Login to Quote

Jer
6 years
Sorry guys. The September update will be posted tomorrow as I have to re-do it. 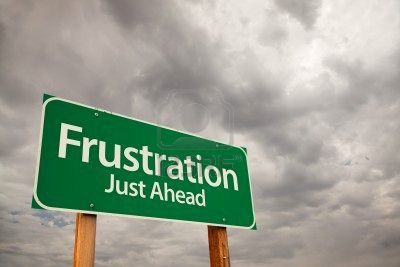 Northwood
6 years
This is turning in to a great story.

Hope you make it thru the rough stretch of injuries relatively unharmed in the win/loss statistic.

Thanks for the kind words.
Login to Quote

Justice
6 years
Unlucky to have so many injuries but don't let your head drop, anything can happen

Jer
6 years
Yeah.. In the next update you will see how difficult it is to compete with such clubs. Thanks for reading Justice.

It's pretty frustrating to have him get injured twice a month. The bright side is that he got injured in trainings, rather than have him sub off on a match. Thanks for reading and commenting Glenn.


I was so mad to see Casto get injured, but I had Aragoneses there to play and he is class. When I saw Yeste get injured, I almost had an heart attack. He's our leading striker and he will be sorely missed. Thanks for reading Liverbird (Arvind).

Thanks Northwood, but it won't be as good as yours. It is hard to deal with injuries on key players. Thanks for reading Northwood.
Login to Quote

You are reading "Gonzalez's C.D. Tenerife".