k1rups
7 years
Interesting name taking over at an English club

what's the twist TELL US
1
Login to Quote

Jack
7 years
Good luck and same as k1rups, TELL US!
1
Login to Quote

Kane
7 years
Same as those above, TELL US. A nice wage coming in there 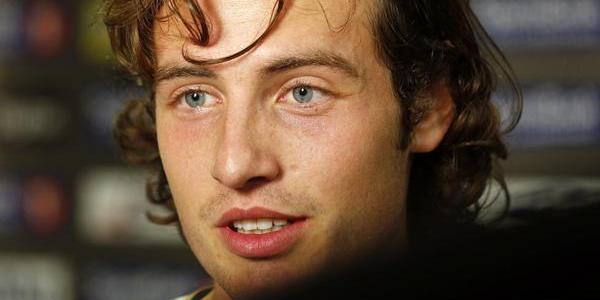 He will join from the Norwegian Tippeligaen club Rosenborg BK where he made 23 appearances aftfer joining from Stabæk in 2012. Despite being born in the Oslo, the capital of Norway, he has made 2 appearances for the United States of America. The owners are clearly delighted to have signed an American youngster with such potential, with Joe Rivera speaking in an interview to Lion's player, the club's official podcast.


"Of course we are delighted to sign such a prodigious player for such a small fee. Mikkel is certainly a big capture for the club. He has played at international level for America and now he is going to play at Championship level for Millwall. I cannot wait for Mikkel to arrive."

The deal is thought to be a symbol of the the new manager Frank Klopas' intent as he is a proven player at a high level. However, there is speculation that Klopas was not actually involved in the transfer as the talks may have began before Klopas's arrival 4 days ago. The former Chicago Fire manager is scheduled for a press conference next Wednesday, but so far he has shyed away from media interest.

Diskerud will join on the 1st of January 2013, halfway through the season.
Login to Quote

EDIT: I see you have just noticed Sed's comment and changed your quickly

k1rups: Not telling anyone! Never!

Sed: You've heard of him now

: Mixmaster is indeed good on FM

Millwall FC have officially signed Mexican winger Elías Hernández from Tigres de la U.A.N.L. The 26 year old is the first man to join Millwall under the new owners, after Mikkel Diskerud's deal was delayed to January.

Hernandez began his career with Mórelia, making 130 appearances for the club across 3 years, however most of the appearances were as a substitute. He was later sent out on loan to Mérida and after failing to return to the 1st team successfully, he was sold on to Pachuca. He lasted just one year there as he was bought by Tigres de la U.A.N.L. where he played 44 times until the recent transfer to Millwall. He has also played 7 times for his country, including matches in the Gold Cup.

Hernández has reportedly cost Millwall nearly £7m, but the club's website itself states that the figure was closer to £4m. The player has revealed his delight at signing for the club.


"I don't think it's possible to turn down a club with such ambition. I enjoyed myself at Tigres but Millwall coming after me as their first signing is great. I could never turn them down as much as I love Mexico, London is my home now, and I'm happy."

Frank Klopas has also revealed that he was not part of the deal for Diskerud, meaning that Hernández is his 1st signing for Millwall. An interview with Klopas will take place before the club's first friendly against Forest Green Rovers. They are also scheduled to play Oxford, Lugo, Las Palmas and Villareal. 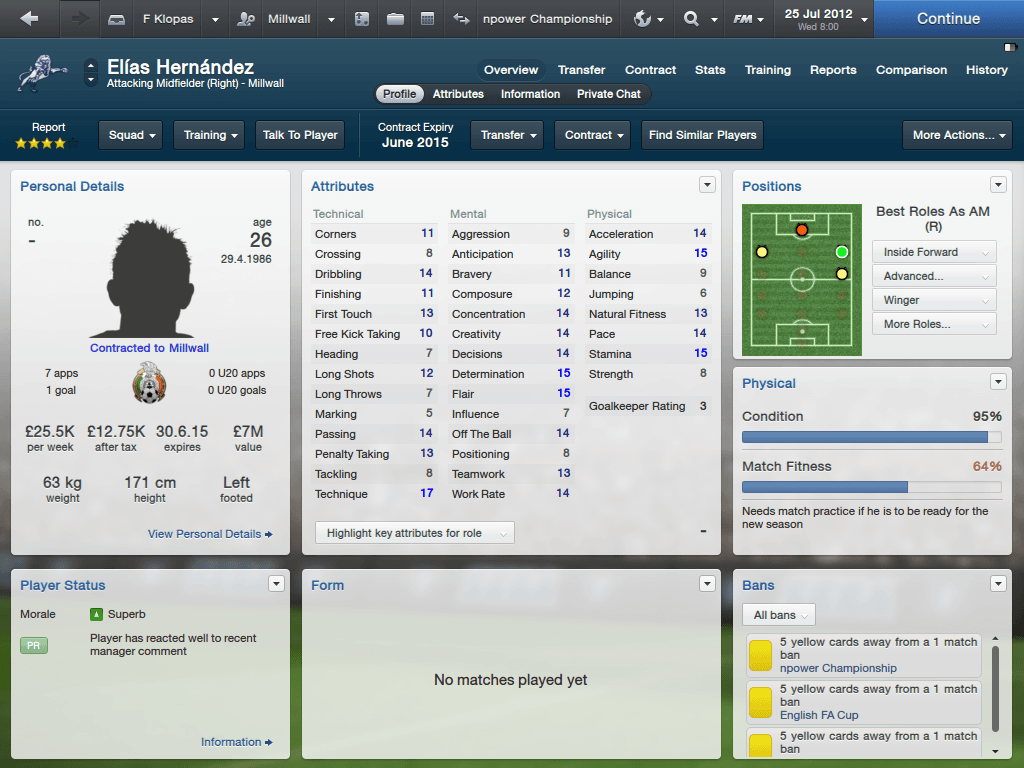 shylax
7 years
Mikkel Diskerud is a fine player for the United States in FM, I'm sure he'll do well for you! I don't know about Elias Hernandez, though. Not to say he's a bad signing, I just don't know about him.
1
Login to Quote 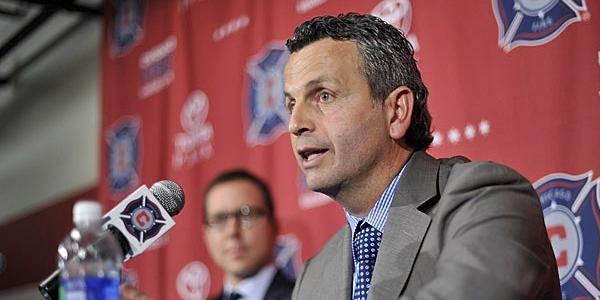 New Millwall manager Frank Klopas will officially be unveiled at his first press conference. Here he is today.

Journalist: Uh, Gary Williamson, The Times. What brings you to Millwall Frank?
Frank Klopas: Well, a lot of things bring me here. Millwall are going to be a big club in a few years. So, that alone made me want to join. I have no doubts that I have made the right choice.
J: Krupesh Shah, The Sun. What are your plans for the club? Where will you be in a few years time?
FK: I want the club to be a top club, so promotion is the goal for the season, and we should achieve it.
J: Glenn Tham, Singapore Sport. What players are you interested in? Any surprises?
FK: We're interested in a lot of players really, not any one who we really want more than anything else.
J: Kane Brooker, Evening Standard: Millwall is not the biggest club in the world. They have spent much of their history down in the lower leagues, so are you confident you can change that?
FK: Yes, we just need to get promoted first, and I have no doubts we can become a huge force in European soccer.
J: Akash Vidyasagar, BBC Sport: What kind of football will you look to play? Are you a smooth passer or long balls everywhere?
FK: Soccer is not too popular in America, it's getting better but to really get more fans, you have to play the best football possible, so that's what I do.
J: Randy Bierstekers, BeIN Sport, errm, Millwall have a huge reputation of hooliganism, the famous chant being 'No-one likes us, we don't care.' Is this something you want to change?
FK: I don't know, do the fans want to change? It's just the fans, every club has fans, so that's their decision if they want to change. I want the club's reputation to change, not because the current one is bad, but because we want to be a top club. If you'd excuse me, I'd like to end this press conference, I think I've given you enough for the day.
Login to Quote