I left my Heart At Cold Blow Lane - Millwall F.C.


Millwall were formed on the 3rd of October 1885 as Millwall Rovers. Within 4 years the name changed to Millwall Athletic, as they moved to a new stadium named 'The Athletic Ground'. They were founder members of the Southern Football League and won it twice in it's first two years. They also won the Western Football League in 1908 and 1909. They then moved stadium once again in 1910, to The Den, their 4th stadium in 25 years. They were invited to the Football League in 1920 and by then, having dropped Athletic from their name, became a side more well known for their cup runs than their league form, defeating reigning champions Huddersfield 3-1 in one match and gathering crowds of nearly 50,00 in cup games against Sunderland and Derby.

After the Second World War, Millwall, who before had been able to claim one of the largest squads in the country, now had one of the smallest. The stadium was partly destroyed, but a huge effort by fans of The Dockers, the nickname at the time, was able to solve the problem. After all this, Millwall dropped into Division Four (League 2). The club was on the rise however, and they nearly made it into Division One (Premier League) in 1971. However, the 'Class of '71' was not able to make it to the top as they missed out by one point.

The club was back on the decline, and were relegated to the Third Division (League 1). However, George Graham took charge in 1983 and guided them back up to the Second Division, going unbeaten in the Third Division to top the table. However, violence at Luton in an FA Cup tie left 81 injured. Graham left in 1986, but was replaced by John Docherty who helped them to promotion, and Millwall were in the top flight. They started strongly though, and were rarely out of the top five. They ended in tenth, which was the lowest place the club had occupied in the whole season. Next season, disaster struck. They led the league in September, but only managed 2 more wins after that and were relegated back to the Second Division. Millwall moved into the New Den, but popular manager Mick McCarthy (weird, I know) left to take the Republic of Ireland job. The new manager was less successful as Millwall were relegated down to the third tier.

After relegation, the club faced severe financial trouble. The new chairman announced former West Ham manager Billy Bonds as boss, and he nearly took them down to the basement division of league football. He was soon replaced by the first pair of co managers in the club's history, who took them to Wembley for the first time ever for the Football League trophy final, which they lost 1-0 to Wigan. They lost the Play off Semi Final too, and a new manager, Mark McGhee, was soon appointed.

It was an inspired choice as The Lions won promotion to the Second Division in just eight months. They were knocked out in the Play offs by Birmingham City, and after failing to reach them the next season, McGhee was on the way out.

Where are they now?

Newly appointed player manager Dennis Wise took them into the F.A. Cup final in 2003, but there was no upset in the final and Millwall were defeated 3-0 by Man United. With United having qualified for the Champions League, Millwall were in Europe, however they were unable to overcome Hungarians Fevencvaros and lost 4-2 on aggregate. The club was relegated to League One in 2006 under Dave Tuttle. Kenny Jackett was appointed manager and after 3 seasons he took them to the Championship, where, for now, they stay.


The club initially wore a dark navy blue. However, in the 1930's they changed to a much brighter royal blue strip. Some years, the club even wore all white strips. For the 125th anniversary season, Millwall wore a navy blue shirt again. It was retained for the next season too.
http://www.kitclassics.co.uk/kits/millwall.png

The club is based in the Millwall area East London, and they share a massive rivalry with local side West Ham, who have been more successful than them for the most of the club's history. They are looking to change that.


The club's famous chant is 'No one likes us, we don't care...' The club is commonly associated with hooliganism in sport, having a large hooligan following in the 80's and very violent rivalry with West Ham United. The two sides have met nearly 100 times and a massive riot broke out in 2009 when they faced the Hammers at Upton Park. There was calls for next meeting between the two sides to be held behind closed doors, but neither side were fined or banned in the end.

The New Den was built to replace The Den, Millwall's home for nearly 100 years. It was completed in 1993, with Millwall in the First Division (the Championship). It was built after the Den was deemed unsafe during the Taylor Report. The stadium holds 20,00 fans.

So, here is my new story. I will be ending my Castel di Sangro story, which I believe has not been supported as much, and I will go back to what made my Kammy story so great. Except I won't be Kammy

Louis O.
7 years
Glenn: You always seem to be the 1st post

KingPadster: Thanks Padster! And if this was educational, then screw school!

Inquisition
7 years
Good Luck Mate! will be following this
1
Login to Quote

k1rups
7 years
Nice start mate! Sure this will fly just like Kammy and I still think Castel was a great idea :p
1
Login to Quote

That was part of the reason I chose them

K1rups: I never said Castel wasn't a good idea! Just no one else thought it was

The more interesting the better! 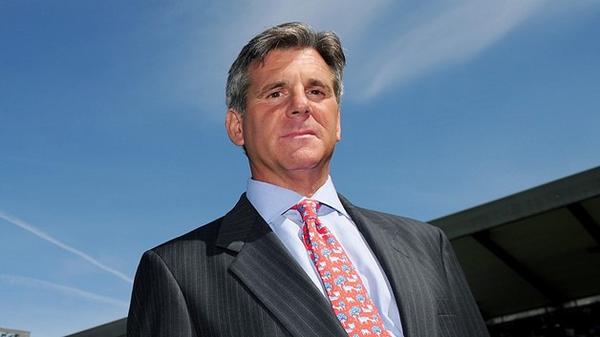 John Berylson, owner of Millwall FC, is reportedly looking to leave the club and sell his stake in the London based team. Berylson first bought a stake in the club in 2007 with the side struggling in League One, and he helped take them up to the Championship alongside the manager he appointed, Kenny Jackett. However, he has recently revealed that he has placed the club on the market for any potential buyers.

"I've enjoyed my time at the club, and I really do want to stay a part of it. I just don't think I can anymore, the club is costing me too much money, and I really don't want to but I feel I will have to sell up. I love the club, I truly do, and I won't be selling to any random person, I will be selling to someone who can help the club go that one step further, someone who has Millwall's best interests at heart."

Millwall are currently in the npower Championship and fighting off relegation nearly every season. Manager Jackett has announced his intentions to leave if Berylson goes.

"John is a big part of the club, he brought me here and he kept me here. He has kept the club going, when Millwall was a club famous for hooliganism, now we are a club famous for being Millwall, a proper football club, and we can be proud. John can be proud, because that is what he has done, not anyone else. We will get back to the glory days, and I hope that me and John will be there."

Jackett joined soon after Berylson, being appointed in November 2007, leaving Manchester City, where he had worked as a reserve coach, to take the job. He had previously managed Swansea and Watford, but Millwall has been his most successful spell, winning promotion via the play offs and managing a 9th place finish in their first season back. The next season was more troublesome for the Lions, but Jackett managed to turn around the poor form, winning manager of the month in April, and ensuring their survival. The question now is whether Berylson will stay, and if he leaves, what happens to Jackett? Millwall Football Club may be on the up once again.
Login to Quote


I don't like the thought of Milwall being rich. Scary
Login to Quote