Before we start work, we received very good news, we have built 1,000 seats in the stadium. It is very good for team. I am glad that the President has done this.

I tried to find the best solution and transfer the best players. I managed to find a few that have and want to come to my team, I hope to confirm and be the best choices.


The results were very good in Friendly

Many were not very friendly, I worked more than equipped and the personnel team. 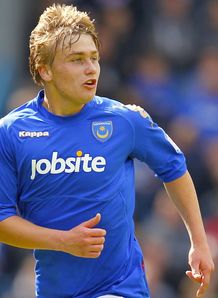 The last player that came, I was surprised that he agreed to come.
I hope to confirm, did not play in friendlies.

A young man that looks very promising, and I hope to be and a young worker.

Unfortunately, his injury can not start a workout and will miss three weeks, I hope to come back and play like he knows.

It is only right winger who wanted to come, actually not his position, but there will play.I hope to do well.

Is an attack came from Italy, experienced, and hope to make good games in friendly matches did great.

We could not sell any player, I have some loan .
Will be looking for a left back


Opinions about the transfer.
Login to Quote


He finished the first month.
The team played well, and I'm glad for the matches here, unfortunately we were quickly removed from the cup, but it was a superb match.

The results are very good :


It was a good month for team.
Login to Quote

Rablador
7 years
Some excellent signings mate, going strong in the league too. Keep it up!


Two months have been great, the team made ??memorable results.We managed to bring fans to the stadium, and it's all very well to the team, even if I had a defeat.

Unfortunately I only have two reservations. As the rest of the team is injured, am 6 players injured.We performed memorable cup.

Match : Without any chance of success, Vito did a superb match, and as Ranieri. Unfortunately injuries are more.
Login to Quote

Ziechael
7 years
Injury crises suck and i bet that 12-11 pen shootout had you on the edge of your seat biting your nails.


The hardest months in team.
Injuries of 2-3 months based players, and I like to replace them, the team was taken by a new employer. Which did not exist loan debt, do not lose hope to promote, and fail to promote the team I have.
I hope I found the new president plans.

I hope the team to recover and not have final emotion.
Login to Quote

The team did better now. The team managed to have good results, and through that reached No. 1, but unfortunately fell and the 3. There are few steps, and emotions are high. It is a very fierce battle for promotion.
Login to Quote

bebero
7 years
Last step. Only one point over second place, three and four. Follow perhaps the most decisive match for me. Can win a trophy.


Dover
GOOOOOOOOOOOOOOOL
Minute 9: Vito passes in front of the goal for Sotelo. And he scored.
0-1

Dover
Gooooooool Gooooooooool
Minute 18: Vito up with the ball on the edge of the box, and it passes Sotelo again decisive, and it marks again.
0-2

AFC Wimbledon
GOOOOOOOOOOOL
Minute 46: Taylor sent a cross 50 feet long. And Stockley's first get to the ball before Duve, and he scored.
1-2


AFC Wimbledon
GOOOOOOOOOOOL
Minute 70: Pell a pass over two defenders, and the ball comes back to Stockley, accesta scored a decisive percent.
2-3

Minute 90: Azacarte is injured and get Simbieda.
Minute 93: The referee ends the game.

Sotelo recorded his first hat-trick
Players enjoyed enormous trophy is very important.
Still a beautiful victory in the history of Team Dover Athletic, step by step the team will reach the highest level of performance.

It's already late, tomorrow back to other informed.
Login to Quote

Verdinho
7 years
Wow Dover have come along well since the last time I saw them. Keep it up!!!
Login to Quote

Kane
7 years
Must have been a great game to watch with all those GGGGGGGGGGOOOOOOOOOOOOAAAAAAAAAAAAALLLLLLLLLLLLSSSSSSSSSS!


The season was a success. The team focused, and I passed. Heaviness came after deoarce money did not exist. I will try to restore staff and team.


The best player of the season


[/spoiler]
Vito was the best striker, he pulled the team after him. Made a lot of goals. Vito was the team's leading scorer.

[spoiler=Neve]
Neve has given many assists, and did very well.


[/spoiler]
Oliver was the best midfielder, always fell in defense and did everything very well.

[spoiler=Jara]
He played as a right midfielder made ??it perfect.

[spoiler=Duve][/spoiler]
Duve, the best quarterback in team. He's strong and very good. He was called to the great team of nationality.


There have been many players who have decided to leave, and did not extend their contract with my team. From here the problems began to emerge. I tried to find the best solution and I hope I have succeeded.

They are the ones who wanted to leave, and that after that I made ??a profit.


New players coming to the team

It's a young player that I first money I gave 13k is maybe a small amount for the remaining teams. Hope you deserve and confirm.
I'm glad I managed to get, it can handle multiple position on the field. 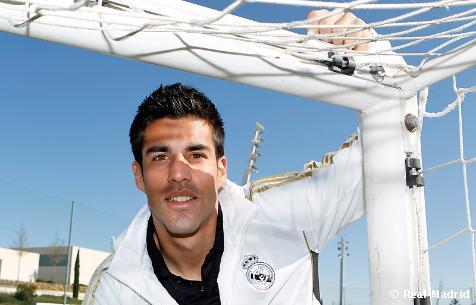 Alvaro is a good player. Plays central midfielder, comes from Real Madrid. Hope to confirm and do not disappoint me. His qualities are good.


Tiémoué is a good player, and promising young man. I hope to confirm and play well.
It is a promising player, and I hope you manage to play at the level you know. A junior at Stade Rennais made

Bonnes is a very good player, but unfortunately he attributes fall .. because it is rugged and friendly first five months will be injured.
Unfortunately hopes to return in force.

Morga an Italian striker, as Vito, I think they do good work together in attack. He has experience and that counts for a team.

Grant is the best left back in the team.'s Borrowed and hope to play better. It moves pretty good.

Isaac think it will be the second quarterback in team, will make a perfect pair with Duve. There are two young future and will do a good job.

Fiore is a player that can handle multiple positions, and that's good.
It is a good player and that will surely face.

A French young player, I think I will need accommodation, I just hope to accommodate the players and help team.

Steevy is a good player, and future. Hopes to make his place in the team, I prefer to play left midfield, I just hope to resist and give yield. 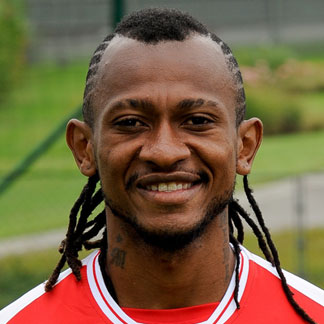 An old player but very experienced team I think will help a lot, and the younger players. Will be reserved and will come in moments when he feels ready.

Another experienced player older, from which youngsters can learn a lot. We decided to bring it to have a book on the left back position, but central defender.


These are the acquisition team

I will come back after the first month of the game shortly.
Login to Quote

You are reading "A stranger in England".