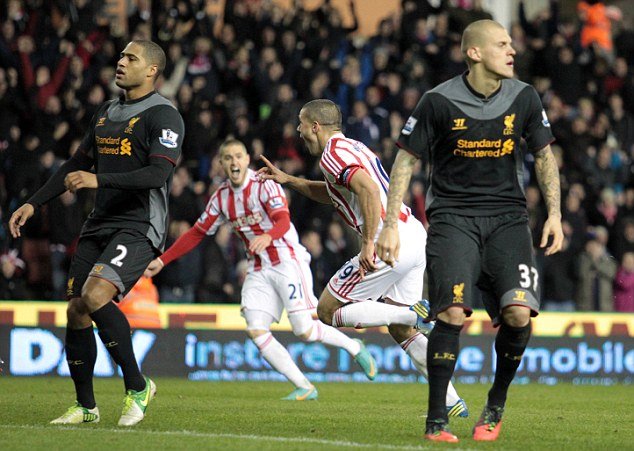 Liverpool were finally beaten in the month of February in an eye catching fixture. The Reds had gone 27 games without losing before they were beaten by Stoke City, at Anfield. Despite that loss, the red side of Merseyside didn't lose a single game. 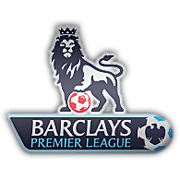 Liverpool's first league game was against Newcastle United, a game The Reds tend to enjoy. Left back, Neil taylor gave Liverpool the lead in the 6th minute. What a great way to start the game! Legend, Steven Gerrard had a chance to double his teams lead but failed to convert from the penalty spot. In the 55th minute, Newcastle United were awarded a penalty following a clumsy tackle from Liverpool. Gouffran stepped up and scored to equalize. German international, Ozil scored the winner as Liverpool won 2-1.

Next up was the eye catching game that all Liverpool fans would want to forget. Kenwyne Jones scored an early brace as Stoke raced to a 2-0 lead. Steven N'Zonzi was sent off for a horror tackle on Steven Gerrard. The English midfielder picked up a very nasty injury and had to be stretchered off, much to the horror of John Barnes. A tackle from Parker saw Coutinho limp off injured, Stoke were really going to this game with an aggressive approach. 20 year old, Luis Alberto gave The Reds hope in the 83rd minute. After all, they had an extra man. Extra man would turn into two extra men as Scott Parker picked up a second yellow card following an atrocious tackle. Unfortunately, Liverpool couldn't equalize as Stoke had pulled off a massive upset.


Following a disappointing result vs Stoke, Barnes'boys were looking to bounce back, but had to overcome North London opposition of Tottenham. What a better way to redeem themselves than to put in a good performance in front of their home crowd at Anfield, against a decent opposition. It took 35 minutes before the deadlock was broken, thanks to a goal from Luis Suarez. Not up to two minutes later, Ozil doubled the lead and Liverpool were cruising. Just seven minutes after the start of the second half, Cabaye received a straight red card for a dangerous tackle. Advantage Tottenham, but would they equalize. Fortunately for Liverpool, Spurs could only get a consolation goal through Jermaine Defoe. Final score, 2-1.

In the league, Liverpool are still 1st place but once again have failed to create a gap as City are just one point behind the. City would have overtaken Liverpool but they lost to Everton a few days after The Reds lost to Stoke. 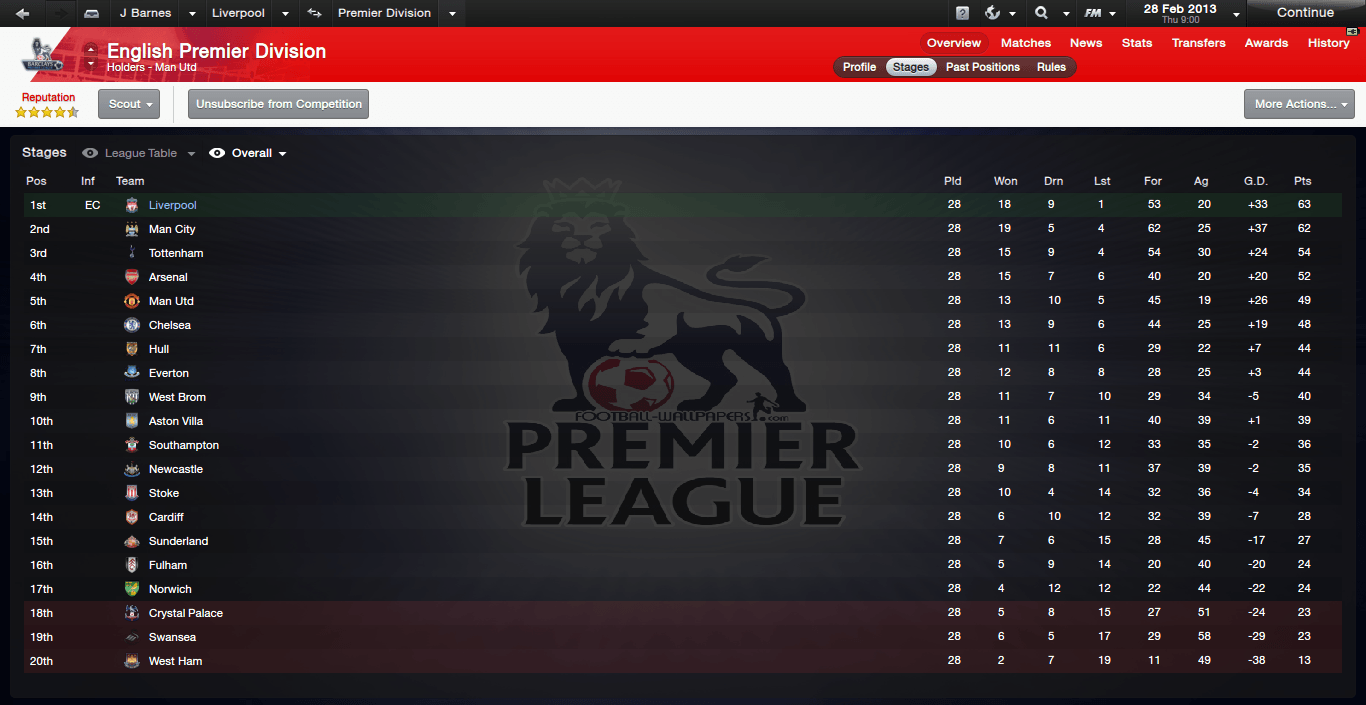 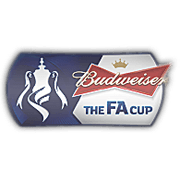 Liverpool and Tottenham faced each other 10 days before in a FA Cup 5th round fixture at Anfield. For this match, both teams fielded relatively weaker teams but it was Liverpool who would be victorious thanks to a Luiz Suarez headed in the 44th minute. The second half saw Tottenham press to score but were kept out by good keeping from Mignolet. The Reds were through to the 6th round and would face Colchester. 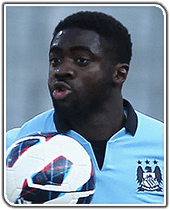 The Liverpool player of the month is......KOLO TOURE! The veteran centre back has been superb this month. Despite having to play as a central defensive midfielder, the Ivorian has remained composed and has put in some solid performances.
Login to Quote

Thanks :),its actually a Europa league place
Login to Quote

Jamesg237
6 years
It looks like it is going to be quite a tense finish to the season. Come on Seni, you can do it! A fantastic read and worthy of a story of the month nomination next month for sure.
Login to Quote

Seni
6 years
James and Wellsy: Thank you very much for your thoughts

Seni
6 years
Just want to say a big thank you to everyone who has read this story and has commented, as I have now reached 5000 views! 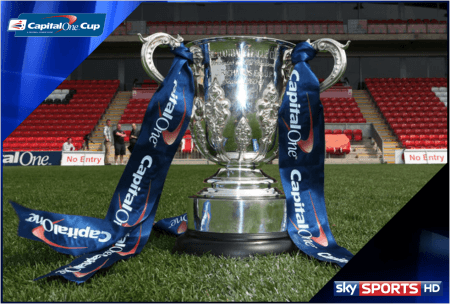 On Sunday's capital one cup final, Manchester City and Liverpool FC locked horns as both clubs were after one thing, the trophy. There had been a lot of tension going into this fixture. The two clubs have been competing in the league, Liverpool being first place, City just a point behind them. Even though both clubs were focusing mainly on the league, winning a trophy would be a huge boost. The referee for this game was Howard Webb. 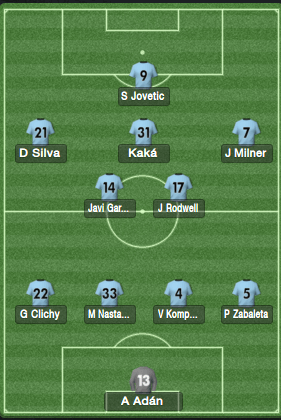 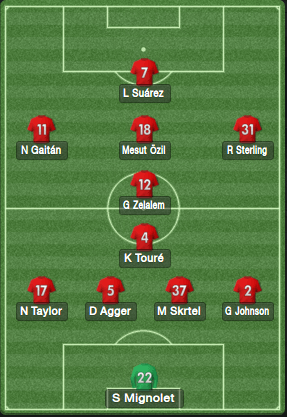 Man City fielded the stronger lineup, due to them having more players available in various positions. City played a simple 4-2-3-1 while Liverpool played a complicated 4-2-3-1. 16 year old, Geidon Zelalem was handed a start in the final by John Barnes.

Steven Gerrard and Yohan Cabaye were not present in the starting lineup or the substitute bench due to injuries. Meanwhile for City, Yaya Toure was missing due to injury. City manager Manuel Pellegrini, controversially, left Hart, Aguero, Jovetic and Nasri on the bench. 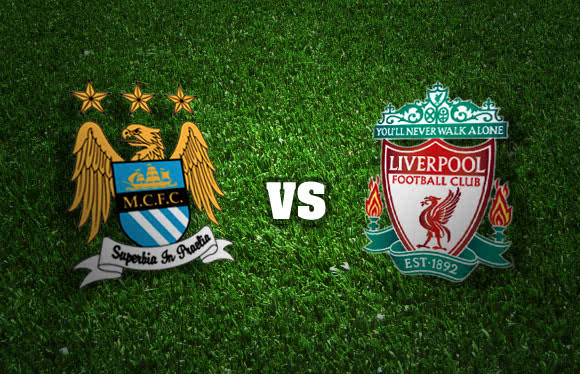 
It was City who kicked off the game from left to right. The first chance in the game came in the 16th minute when Rodwell narrowly put his header over from about 10 yards out. Just 4 minutes later, Raheem Sterling was gifted with a chance but dragged his shot horribly wide.

In the 21st minute, Liverpool increased the tempo of their football, City's defence was caught napping and Johnson capitalised. The right back played a long ball over the top of Vincent Kompany, who didn't realize who was behind him. The ball fell straight to Luis Suarez, who nodded the ball forward before chipping Joe Hart to send the 50,000 Liverpool fans crazy. 1-0 to Liverpool!

From that point onwards the game saw both sets of midfield battle to try and give their team an advantage. Despite City's midfield running the game and creating many chances for City, they just couldn't convert. The Reds changed their game plan, they decided to invite pressure on to them and then to hit City on the counter attack.


As the second half started, City had exactly 45 minutes to score 2 goals to win the match. However Liverpool weren't going to sleep throughout the second half. Barnes once again changed the game plan. Instead of just playing on the counter, Liverpool parked a bus and were not looking to score.

In order to try and score, City threw on Aguero and Dzeko, two strikers. Both men looked lively and had plenty of chances to score but thanks to brilliant keeping from Simon Mignolet, City failed to score.

Daniel Agger stopped an almost certain goal with a great last ditch tackle, preventing Aguero from rolling the ball into an empty net, after rounding Mignolet. The Citizens had one last chance in the 90th minute to score, however, Kaka smashed his shot wide. Liverpool won the game and were crowned the Capital One Cup winners! CONGRATULATIONS TO LIVERPOOL! 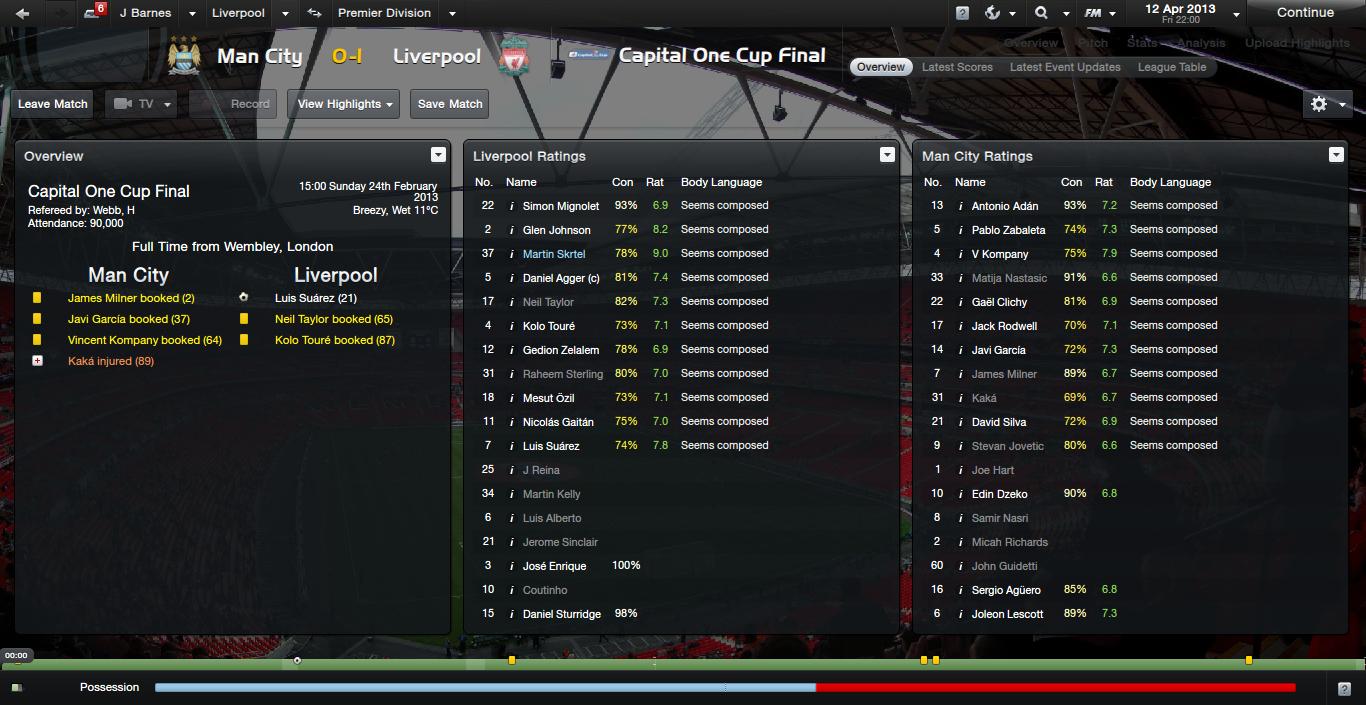 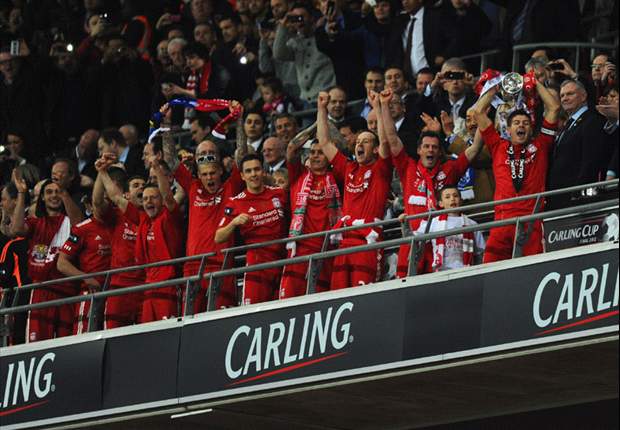 TheFMBeast
6 years
Congratuqlqtions, please could we have a screenshot of Zelalem
Login to Quote

Seni
6 years
Thanks for all the congratulations guys

Here's a screenshot of Zelalem 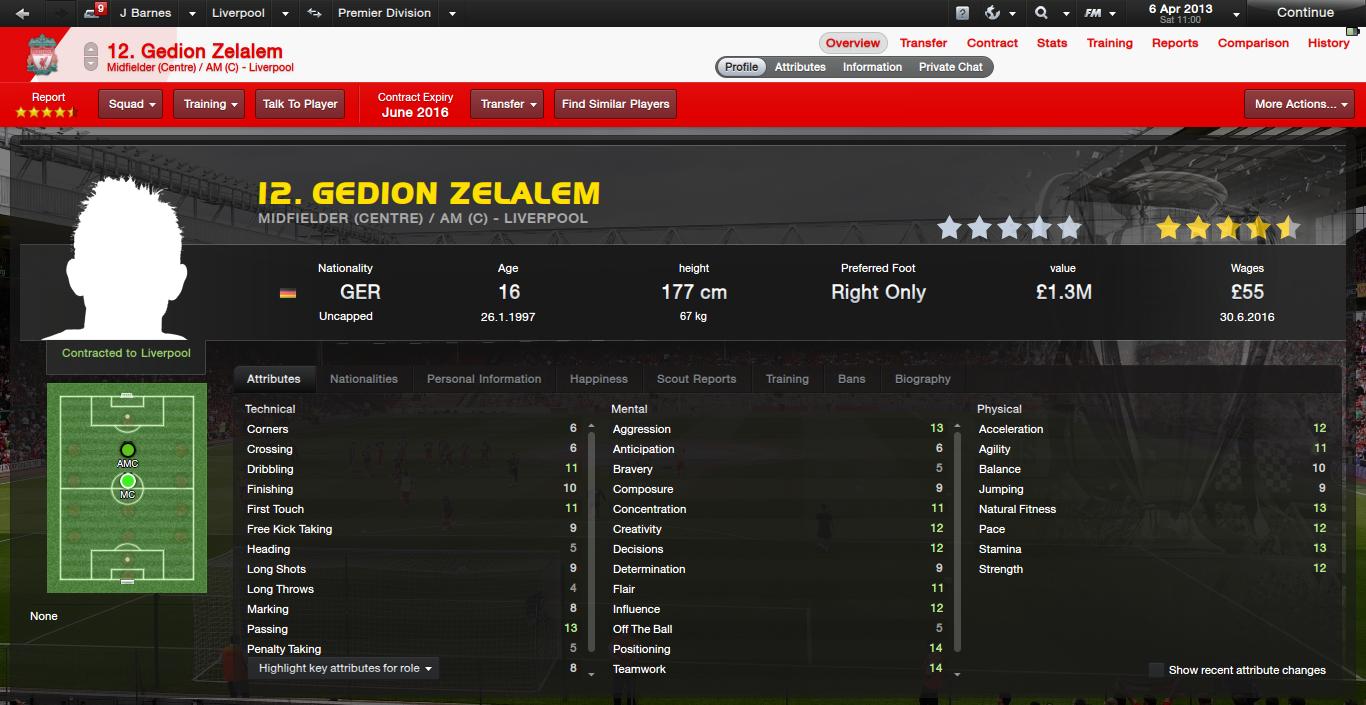 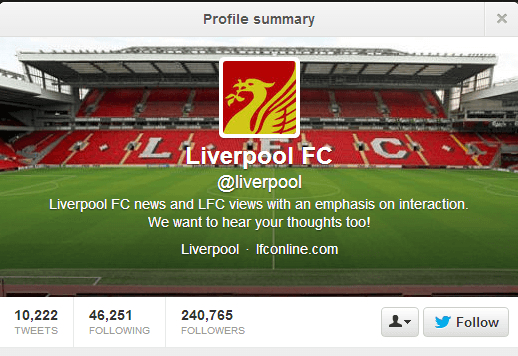 It looks like next seasons Liverpool kit has been leaked! Surprised to be honest because its only April. The kits are a bit different from last seasons and are quite unique too. Hopefully these are the real kits, I would certainly buy them, although the third kit is pretty funny! 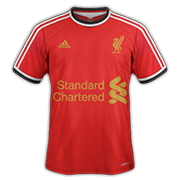 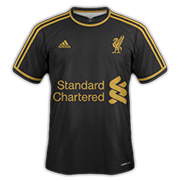 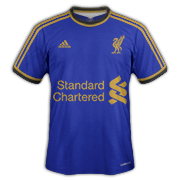