Rablador
6 years
Ah, Lustig, you legend! Fantastic signing and a great story so far Blue, keep it up.
Oh and, dat goal vs. Germany 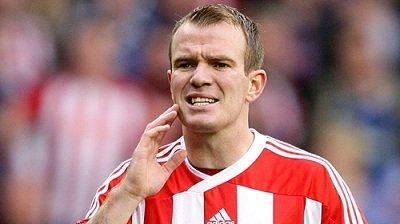 Norwich City have completed the signing of Glenn Whelan from Stoke City, on a four-year deal, for around £4.3m. This is a shock, as the Irishman was a big player at the Britannia over the last five years, and was expected to be a part of Mike Bassett's plans. However, it appears he has been deemed surplus to requirements, and shifted off of the wage bill in an effort to be able to bring new players into the Stoke squad.

Remarkably, critics considered the Irish international Whelan as one of the few players at Stoke who could play football to a degree, alongside others such as Steven N'Zonzi. He played over 130 times in the league for Stoke during his time with the Potters and was not only part of the side that won promotion to the Premier League in 2008, he was also part of the side that got to Wembley in the FA Cup Final in 2010, before losing out to Manchester City thanks to a Yaya Toure goal.

This looks to be a further statement of intent from Mike Bassett, as he looks to lower the wage total, and improve the finances of his employers. He has already shipped out Thomas Sorensen this summer, and now the Irishman Whelan, who was on £15k per week, one of the highest wages at the club. There are also lots of rumours that Wilson Palacios could be close to sealing a loan move to Benfica, and that Kenwyne Jones and Cameron Jerome could be on their way out soon too.

The departure of the 28-year-old Whelan has sparked rumours that Mike Bassett's side could be about to bring in a central midfielder to play alongside N'Zonzi, and there have been a few names linked by the press. Cristiano Zanetti was one of the early names mentioned, along with Dudu Cearense of Goias, but Nigerian defensive midfielder Izunna Uzochukwu is being heavily linked with a £1m switch to the Britannia, and could sign in the coming days.

Norwich signing Whelan could also be a sign that Mike Bassett is keen to rid his new club of the stigma that they garnered under Tony Pulis, regardless of the experience held by the player. Whelan was a key part of Pulis' reign, helping them out of sticky situations on many occasions, and would probably continue to do the same under Bassett. However, he did get a fair amount of stick from some sections of the support for perhaps not utilizing his full ability whilst playing for the Potters, and as such, Bassett may have wanted him out of the club.
Login to Quote

The Madridista: Thanks Jason

JasonRM
6 years
Excellent signing, he should help you play that passing game

Blue
6 years
The Madridista: Thanks

Jamesg237
6 years
A cracking start Blue but it's exactly what I would expect! Good luck for the coming season.
Login to Quote

Walter
6 years
Great update again. It is kind of clear that you put a lot of effort and time into your updates. Great writing also, it seems to flow easily

Lucas
6 years
Great so far mate, keep it up

Blue
6 years
Jamesg237: Thanks mate! I've got a small sense of confidence about this story, I'm not gonna lie.

lwalter66: Thanks mate! Means a lot to hear that! 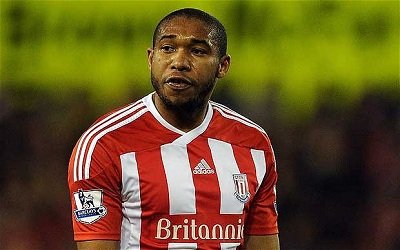 Stoke City have continued their cull of wages under Mike Bassett, after loaning out two more high-profile names in Wilson Palacios and Cameron Jerome, to Benfica and Wigan Athletic respectively. This double deal follows the departures of Thomas Sorensen and Glenn Whelan, and shows us that Mike Bassett wants to improve his finances heavily.

As we know, Bassett's predecessor Mark Hughes left the club following a dispute with chairman Peter Coates over the transfer budgets made available to him. Whilst the new manager may share some of these concerns, he hasn't made them public, and is acting upon them by trying to remove unnecessarily high wages from the bill. This started with the sale of Dane keeper Sorensen, which was followed by the departure of Glenn Whelan to Norwich City, and now these two loans. Benfica and Wigan are rumoured to be paying the majority of their new acquisition's wages, which will have enticed Stoke into accepting.

Some fans are now getting worried that with the sale of another central midfielder, Wilson Palacios, their team needs to get on the market and seal some deals, to provide them with the ability to achieve their targets this season. Steven N'Zonzi is set to be first-choice in defensive midfield this season, and was expected to be partnered by Glenn Whelan before he completed his move to Norwich City two days ago. There have been several names linked with a switch to the Britannia, most recently Amir Abrashi of Grasshoppers.

Cameron Jerome's departure has been relatively well-received by the Potters fans, as he was never generally accepted on the terraces. The 25-year-old scored just 4 goals last season after a £4 million move from Birmingham City, and wasn't expected to be first-choice under the new manager, with Peter Crouch, Jonathan Walters and Kenwyne Jones all in front of him in the pecking order. However, the striker was still on £20k per week at Stoke, which is a hefty sum for someone fourth-choice, so was in course shipped out to make room for new signings. Whether he will be missed at the Britannia or not remains to be seen, but the early signs suggest not.

With several departures from the Britannia, there is no doubt that more signings are on the way. Mikael Lustig is the sole signing for Mike Bassett this summer, but there are rumours that as many as three players could be close to signing for Stoke as they look to make a charge for a mid-table spot this season, and maybe even Europa League football. He may only be a couple of weeks into his reign at the Potteries, but the signs for the future are very promising indeed.
Login to Quote

Blue
6 years
TVDLC123: Thanks mate, glad to have you on board

wellsy1498
6 years
Good job getting rid of some of the 'deadwood' in terms of ability. Jerome never plays well for me so at least you are freeing up transfer budgets and wage budgets