Blue
6 years
Akash: Hahaha, I didn't have my tactics sorted then!

TheMS99: I think I will, the early competitive results have been promising, although you'll see those in a minute!
Login to Quote 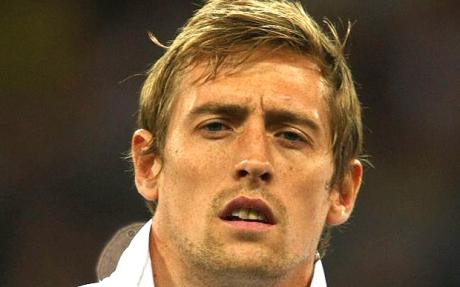 Respected journalist Henry Winter has highlighted 31-year-old striker Peter Crouch as the man vital to Stoke City if they are to achieve their targets this season, or even better them. Crouch is now entering his second season with the Potters, after scoring around 1 goal every three games last term, and is looking to build on those stats this season. The Englishman looks set to be first-choice for new manager Mike Bassett, and has been impressive in pre-season.

Winter, writing in his column in the Sunday Telegraph ahead of Stoke's opening fixture against West Bromwich Albion at the Hawthorns, attempted to highlight the main men for the former England manager Bassett this season, and heaped praise on former Spurs and Portsmouth striker Crouch. He wrote, "in his career so far, Crouch has been imperious in England's top flight, and I'm backing him to carry on again for the Potters, who helped them to survival last season. Mike Bassett needs someone to link up the play between midfield and attack, and Crouch could be just the man. I'm backing him to be a key man for the Potters this season, although I could be surprised and see one of the new signings really make an impression at the Britannia."

The Macclesfield-born England international is one of few players who managed to survive a wage cull by new manager Bassett this summer which saw Glenn Whelan, Wilson Palacios, and Cameron Jerome leave the club, showing that the new boss believes in his English international. Crouch signed in a big-money move from Tottenham Hotspurs last summer, and went on to have a big effect at the Potters in his first season. Stoke as a club struggled to get away from the threat of relegation, but Peter Crouch's ten goal tally certainly helped them on their way, as the 31-year-old also picked up the Potters' Player of the Season award. Crouch will also be hoping to better this total this time around, as he draws towards the final years of his career, and it's fair to say he has been relatively successful as a player. He has enjoyed spells at Liverpool and Spurs, and also a venture to Sweden a few years ago. Stoke fans will certainly be hoping that their striker still has one last trick up his sleeve, as the Potters look to try and gain European qualification.
Login to Quote

Michael
6 years
May I suggest you alter the 4231 just a little bit?

Make the striker a LST, and the CAM a RCAM.

In that way they wont be in eachothers area all the time.
Login to Quote

Blue
6 years
Michael: I got it off here, and it's been proven to work, so I'm not messing about with it

TheMS99
6 years
I agree with Henry. Crouchy is going to be a 'giant' helping this season.

I thought that was funny....
Login to Quote

Toon
6 years
A well written story as always.... will have to catch up on this.
Login to Quote

Jozef
6 years
Crouch to be key, wouldn't he be key for a long ball team? Anyway well written blue as always.
Login to Quote

Blue
6 years
TheMS99: No-one else did

Jozef: That's what I though, but his stats suggest otherwise!
Login to Quote

Capital One Cup 2nd Round Draw

We’ve been drawn away to Notts County in the second round of the League Cup. Having already beaten County in pre-season, I’m quietly confident about this one. We couldn’t have got a much easier draw, and I’m looking forward to the trip to Nottingham, as we look to get a cup run going. 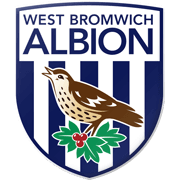 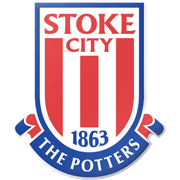 New signing Paddy McCourt has been ruled out for the next 2-3 weeks with a calf strain, which he sustained in training. Thankfully, he isn’t essential to my plans, but could still play a part, so hopefully this injury won’t have too many implications. As it stands, he’s the only injury in our squad, so nothing to worry about yet. 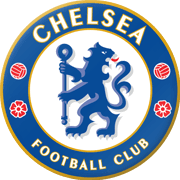 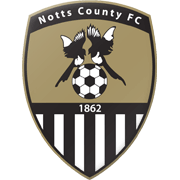 Capital One Cup Third Round Draw

After overcoming Notts County at Meadow Lane and winning a chance to play in the Third Round, we were drawn at home to Derby County, which should be another winnable tie as a team. We may have struggled slightly in the County game, but I harbour no worries that on our own ground, we will be in a bad position at the end of the game. Hopefully it’ll be another victory, and my minimum target for this particular competition will be reached. The tie will be played on the 25th September, after a double of games against the two Manchester sides.

Barring a miracle, I am now confident that we’ve completed our transfer business for the summer, after we finished the signing of Hibernian’s young striker Euan Smith, for £250k, which could rise with add-ons. The 18-year-old has been given rave reviews by my scouts, and is also thought upon as a great prospect in Scotland. Smith will join us at the start of next summer’s transfer window, when his current loan spell at Arbroath finishes.

Also, our young Swiss striker Karim Rossi has completed a season-long loan switch to Championship side Doncaster Rovers in a bid to try and gain first-team action. Who knows, we could be seeing Smith and Rossi line up together in a few years’ time!

All-in-all, a good month as a team. We had some fantastic results – particularly the 2-0 victory over Chelsea, in which we could have won by more – and also signed a couple more players who’ve started to make a difference. Yannick N’Djeng has particularly impressed me this month, with three goals in two league games. Meanwhile, I picked up the Manager of the Month award, which shows it’s been so far, so good at Stoke for me!

Thanks to our good start, we've managed to get to third place in the league, behind the two Manchester clubs, who are arguably the best two teams in England. However, they both play us next month, and with a lot of luck, we could move even further up the table!
Login to Quote

Walter
6 years
What a start! Keep it up, the tactics are working.
Login to Quote

Blue
6 years
lwalter66: Thanks mate! I know, they're brilliant haha!

Exactly what I expected!
Login to Quote

TheMS99
6 years
You certainly have hit the ground running! Well done especially on the chelsea result.
Login to Quote