Chesterfield Dumped Out of Football League 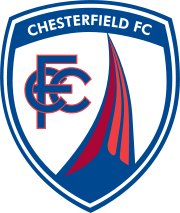 It has been confirmed. After months of enquiries and research, juries and lawyers, that Chesterfields time in the Football League and most likely as a football team has come to an end. Match Fixing is the reason as it appears that the club paid officials on numerous occasions to fix the matches to give them a better chance of winning.

Chesterfield's Players have distanced themselves from the scandal, with numerous players taking to Twitter to protest their innocence:

@TommyLeeNo1 "Absolutely shocking whats going on in the hierarchy of the club, us players didn't have a clue."
@LiamCooper_91 "Shocked, that is the one word that sums up my emotions."
@JayO'Shea_123 "Unbelievably disappointed in the board and gaffer for being complicit in this crime #shocking."

Manager Paul Cook has resigned effective immediately and will stand trial in front of a grand jury for his crimes that may end up seeing him go to prison. The board of Directors and Chairman will also stand trial as the Law attempt to find out who the perpetrators were in this horrible shambles.

Ziechael
9 years
I'm looking forward to this, great start... i've heard they have a quality right back lined up

Lynchy
9 years
Can't wait for this!

Caelis
9 years
lol I even heard they have worldclass midfielder on the team :-p
Login to Quote

Kane
9 years
I know they have a star striker called Mike Hunt, who will be the best player in the side... ME!
Login to Quote

Caelis
9 years
How will you set the CA/PA?
What age will we start?
do we get only one position or do you take that what we have written in the sign up?
What tactic will u use?
Will you make transfers or let people go?
What will be the clubs finances, reputation and facilities?
....
A lot of questions I know :-p
Login to Quote


Have you ever thought of going into political journalism, they wouldn't know what hit them!

Kane
9 years
Caelis, he will post it soon, be patient, he's still a newbie to this stuff.
Login to Quote

Deleted
9 years
Being a Mansfield fan you couldn't of picked a better club to knock out.

TheStyleR
9 years
Get out United, Chelsea, City, Arsenal, we are coming!
Login to Quote

A Meeting That Could Shape the Future of British Football 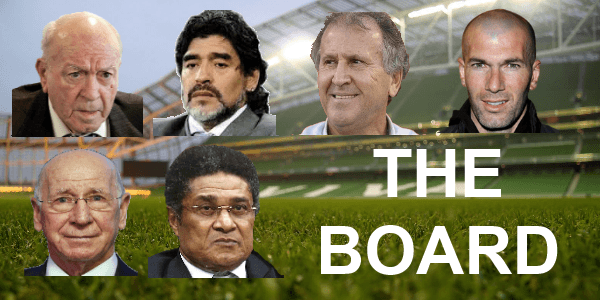 Sir Bobby Charlton sat in his plush office in Manchester. He was sipping at tea whilst waiting for his 5 guests to arrive. He had told them over the phone that he had a proposition and that they would not want to miss out, so to come to his office on the 25th of March 2012. His phone rang. He picked it up and it was the voice of his ancient secretary Babs rattling down the phone in her rasping voice.

"They're here Sir Bobby" she said.
Thanks, Babs, send them in" replied Bobby and hung up the phone.

He hardly ever spoke about it but this proposition he was about to make brought back inner demons relating to that horrible accident that happened on 6th February 1958. That had been the death of a team but if this idea was put into action then this could be the life of a team. It was the demise of Chesterfield that had given him the idea. This idea, if implemented correctly, could turn out to be revolutionary. The start of a new era for British football. He was determined to make it work.

His guest filed in. Any great sports fan would have loved to be in this room right now. Bobby had used his contacts all through the beautiful game to make sure these 5 men had answered his call. He looked at them, satisfaction etched across his face. This was going to work.

"Hello Gentlemen. I'm all for small talk but right now let's cut the crap and get down to business" started Bobby. When he spoke people always listened. He was the great Sir Bobby after all.

"I suppose you want to know why I have gathered you all here?" Bobby went on, "Well to be honest I have a... a proposition I suppose you could call it. My proposition is a big one. It is ambitious but as I look at the incredible minds of the game here today, I am starting to believe that it is more than achievable. My proposal is that we, yes you and me my friends, start up a football team to take the place of the corrupt Chesterfield in the Football League."

After much deliberation, Eusebio and Di Stefano said they thought it was a great idea. Zidane and Zico decided they were up for it and Diego said he thought it was a crazy idea, and that's why he was in.

"There is just one query I have" said Eusebio, his voice little more than a whisper, "Who are going to be the players for this team and what is the team name?"

"Well, "started Bobby" I have found a close knit community, full of the most avid football fans who are willing to put themselves forward as the clubs player. I have seen them in action and they are a quality team, no star individuals, a team of workhorses who will get the job done effectively and efficiently. I say there are no star individuals but there actually is one, the striker and future captain Mike Hunt, is a special player with a real eye for goal. There are also a couple of other players who stand out slightly but essentially Hunt is the equivalent to this team that Messi is to Barcelona, that Ronaldo is to Real. And in response to your other question, the team name is FM Scout United as this is the name this community goes by."

"One last thing thought before you go, you must tell nobody about this idea of mine, as I want to make sure everything is in place so that it will be successful, before I go ahead with it and advance it further. I will contact you within a week to give you the lowdown on if it is going to go ahead. "

Everyone exited as Bobby was left in his office contemplating the steps that had just taken place. HIS club was close to being instituted. HIS club was going to start from the bottom but it would be successful and would become a European power house. A tear glistened in his eye as he thought about the meeting, the magnitude of what had been started overwhelmed him. He was ready to come to the fore and put to rest the demons of Munich. He was ready to take on the World. It would just take time...
Login to Quote