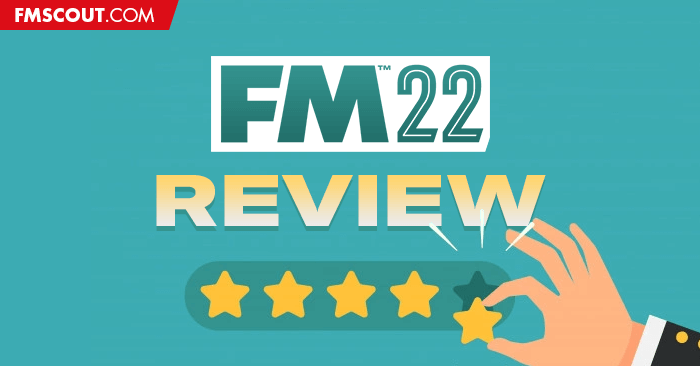 Stock your fridges, pull down your blinds and mute your group chats. Football Manager 2022 is with us and it is about to dictate the next year of your life.

As with previous editions, Sports Interactive have spent the last twelve months redefining the best game in the world with new features, updated databases and a repolished interface to add even more sheen to a franchise that continues to deliver.

Whether this year’s edition will take your FM virginity or you’re a veteran of the game, we’re all looking forward to our next great mission.

Whether you’re looking to take on the top managers in the game in leagues where money is like toilet paper, or you’re looking to climb the ranks with a group of nobodies from the fourth tier of Swedish football, this game will help you achieve all your ambitions and do what some (even those at the wheel) never managed to do – bring joy to the fans.

NOTE: This review discusses single-player Career mode only. It does not account for Online, Draft, or any other game modes.

This year’s FM did not bring too many crazy changes from FM21. However, the implementation of new features such as the Data Hub and Transfer Deadline Day have certainly been big hits and have changed some aspects of how we’ve played the game.

The Wide Centre Back is an exciting new Player Role that allows managers to show some creative flair with how they set up their team, while previously available processes, such as backroom staff advice, have been made more detailed and more accessible for FMers.

The overall gameplay hasn’t changed drastically much over the last few years and has instead been handed new tools, and improved old ones, to allow for a smoother, more immersive ride.

While the 3D match engine still remains a million miles away from that of FIFA and eFootball (not that we ever expected it to reach those heights), subtle changes have seen an improved realism in how players operate on the hallowed turf.

A big part of the world off football is the interaction between all parties involved and FM22 brought with it thousands more options for conversations with the press, players and staff that allow for more ways to point the finger at your rivals, encourage your own players and have the press in stitches laughing at your jokes. A personal favourite from my BETA save is below.

For more detail on different aspect of this year’s new game, see the other pages of this article.

One of my main reservations in the game fall on how easy it is to conduct transfers, particularly as a top-level (Premier League) club.

Short-term saves can be abused by using instalments to offset how much each transfer affects your budgets, and you can spend several times your budget in the one window by doing this.

In a Beta save I ran with Wolves, I was able to bring in the likes of Gareth Bale, Patrick Bamford, Thilo Kehrer, Calum Chambers, James Tarkowski, and more, in the one season by adopting this policy.

Yes – a certain Catalan club did this in real life – but they are one of a kind and are now suffering the consequences of such economical negligence. The ease of doing this in-game isn’t realistic.

My second reservation is how dull club board members are in FM. In the last year or so we have seen just how much of an impact club owners and directors can have – with the near-incarnation of the European Super League, the fall of Barcelona, the mass protests at Arsenal and Man UFC and, most recently, the much-discussed takeover of Newcastle United.

Owners play such a massive part in football but their involvements in Football Manager typically come down to providing managers with disappointing budgets and rejecting board requests that would normally make sense to accept.

Despite my reservations over a couple of flaws that have been evident for several years now, the good certainly outweighs the bad. I really enjoyed how FM20 and FM21 played and FM22 flows just as easily, if not better than its predecessors.

The game is not the complete, fully polished product that we all dream of one day playing but there are aspects of FM that are certainly becoming a very modern and ultra-realistic interpretation of football management simulation.

If you like the FM series and find yourself playing long-term saves - this game is for you, if even just for Dynamic Youth Ratings. It is a new feature that will revolutionise long-term saves in countries that aren't considered to be footballing superpowers.

If you're a casual FM player - this game is a marked improvement from the last, but with no revolutionary features or changes. A 'stepping stone' to the future of the franchise, for sure, but certainly not a game-changer.

The tactical changes make the game feel a little more life-like and the introduction of the Data Hub offers a brand new way of analysing your own tactics and performances.