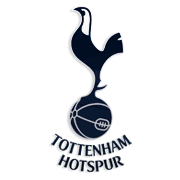 Tottenham are a club I have always supported since I have been a kid. Having lived in Chingford,and subsequently near White Hart Lane for a small part of my life, as well as having many family members support the Lily Whites, I suppose you could say I had no other choice but to support such a great team.

Often overlooked by their North London Rivals, Arsenal, I want to be able to bring back the 'glory days' that made Tottenham such a formidable force. This was mainly during the time of Tottenham Legend, Bill Nicholson. His Tottenham side wrote History several times, including seeing Tottenham go on and win the first 'double' of the twentieth century when they picked up Football League Championship and FA Cup. They also became the first British Club to ever win a European Trophy in the 62/63 season. Bill Nic also went on to win one FA Cup in 67, as well as the League cup is 71 and 73 and a UEFA Cup in 72. 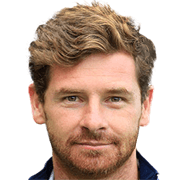 I will again be taking on the role of current Tottenham manager, André Villas-Boas.

AVB has often scrutinized during his early years in English football by the media, especially during his first year at the helm as Tottenham Manager. Stories often arose, claiming players were unsettled, with some British tabloids claiming that the players had started to 'revolt' against the Portuguese boss. Although these 'rumours' were later put to rest by several Tottenham players, it was always going to be a long and painful first year for him after taking over from media favourite Harry Redknapp.

His journey was made even more difficult after Tottenham amassed their highest ever point tally in the Premier League since it had begun, collecting a total of 72 league points; only to see Tottenham miss out on Champions League football for the successive year running by a single point.

At 35 years of age, AVB is currently one of the most successful young managers in the game. After leaving mentor José Mourinho, André looked at getting into management. His first 5 years has seen him manage at the British Virgin Island, as well as Portugese powerhouse Porto - where he went on to win 4 different trophies, including the Portuguese League and Europa League, as well as finish the season undefeated. Since then, he has also managed Chelsea and current side Tottenham Hotspur.
1

AlexTHFC
7 years
Good luck, not that you'll need it

Walter
7 years
Love the title, and good luck Nick, getting ready for some brilliant graphics

I turned down Europe's elite to stay at White Hart Lane! 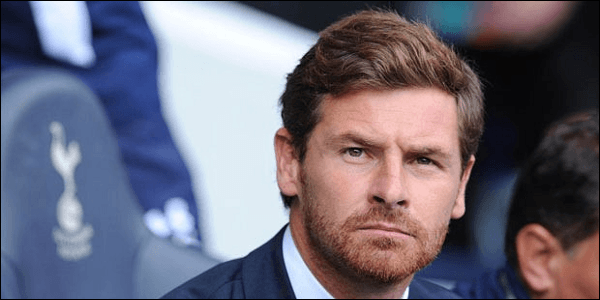 In an exclusive interview with The Sun, Tottenham manager, André Villas-Boas claims that he turned down a plethora of clubs to stay in North London.

The Portuguese Boss, who, for the first time is set to remain at a club for a second season spoke to a journalist about how several of European giants had enquired about his availability after a successful season with Tottenham Hotspur, guiding the club to their highest ever Premier League points tally, taking them to the quarter finals in the Europa League and helped to develop one of the greatest players in modern football.

After the departure of former mentor José Mourinho to London rivals Chelsea, rumours were that Real Madrid were ready to raid Tottenham for not just one, but two prized assets in the form of Welshman Gareth Bale and manager André Villas-Boas.

"No. They were purely rumours made up from the British and Spanish press. They never got in contact with me or my agent, or even Daniel [Levy]. It is nice to hear the press linking me to big clubs because it means that I am doing something right" 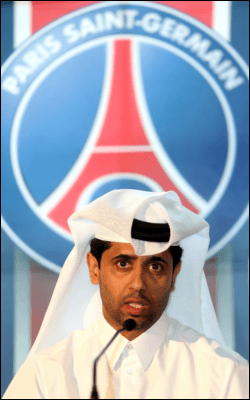 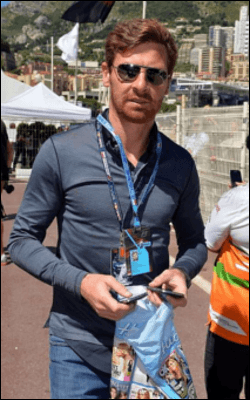 While the summer rumours surrounding Gareth Bale dragged on, so too where the rumours of a departure from AVB.

The link with Madrid soon faded out once former Chelsea coach, Carlo Ancelotti was announced as the successor to José Mourinho. PSG were then the next team to turn their attentions to the young manager.

"With Nasser we have mutual respect. The fact PSG contacted me was known but I wanted to stay a second season at Tottenham, building on the job I did last season and spending two seasons in the same club for the first time in my career."

One the biggest sides to turn their attention to André was that of Spanish giants, FC Barcelona. After the departure of Tito Vilanova, who had left due to cancer, rumours were rife that Barcelona were going to pull out all the stops to sign the Portuguese boss.

"I have to admit, it was a shock. Waking up to see your name linked with the best team in the world came as a huge shock. Of course, I had to talk to my agent, my family. We are settled here in London. I also had to think of Tottenham."

The Portuguese coach says the fact Spurs took on board his opinions on matters such as the appointment of Franco Baldini as sporting director played a big part in him staying.

"The club listened to me on several decisions, notably hiring sport director Franco Baldini. I wanted to go on with the project here."
Login to Quote

The-forgotten-one
7 years
Will be interesting to see how you do with all that money!

Walter
7 years
Quality update as always, good to see you stick to Spurs

@Alex - OFC I won't need it, GONNA WIN THE LEAGUE

@Bayern - Hopefully I'll stay with them for the remainder of this story, but you never know...

@TFO - Sadly, I don't think I'll be spending much! Probably just get a back up ST and a decent LB and ship out one or two players!!
Login to Quote

Rablador
7 years
The title's enough to make me want to read, I tip my hat off to you Nick.
Login to Quote 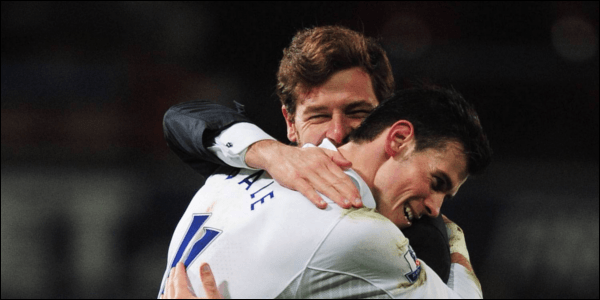 Tottenham boss, André Villas-Boas has blasted critics who are already questioning the manager’s ability ahead of the new season.

During the second half of the season, the Premier League saw Welsh winger, Gareth Bale explode into life. The quite boy from Cardiff was often overlooked by opposing fans as a player who was a ‘one-dimensional player’ and had nothing to his game other than speed went on to score a total of 21 goals that season. He finished third in the goal scoring charts behind Robin Van Persie (26) and Luis Suarez (23), who took first and second respectively.

Despite putting in some impressive performances for Spurs, Bale was mainly remembered for that one night in the San Siro where Italian giants Inter Milan, and one particular right back in the name of Maicon were made to look like school boys.

Since that night in Italy, Bale has gone on to win several honours while at Spurs, Most noticeably winning the PFA Players' Player of the Year twice, once in 2010–11, and again in 2012–13. He was also included in the Premier League PFA Team of the Year for three consecutive seasons between 2010 and 2013, as well as managing to get into the UEFA Team of the Year in 2011 after his dazzling display in the Champions League. 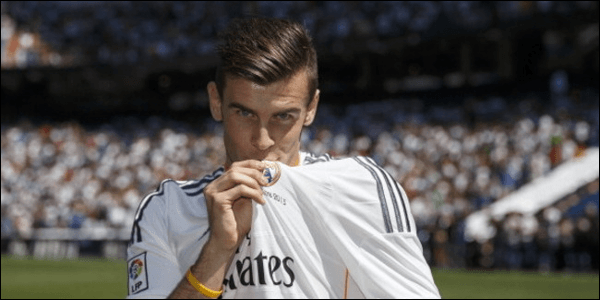 Goodbye: Bale has since moved to Real Madrid for an eye-watering £86 Million

This Welsh Wizard was also to thank for Tottenham’s impressive performances in the league during the 2012/13 season. After failing to miss out on the Champions League for another consecutive year, Gareth Bale subsequently left for Spanish giants Real Madrid for a world record fee of £86M, eclipsing the £80M spent by Madrid on Portuguese star Cristiano Ronaldo in 2009.

Many Tottenham fans will admit that without Gareth, they almost certainly would have finished much further down in the table. Which begs the question, will André Villas-Boas’ side finish higher without their talisman Gareth Bale? 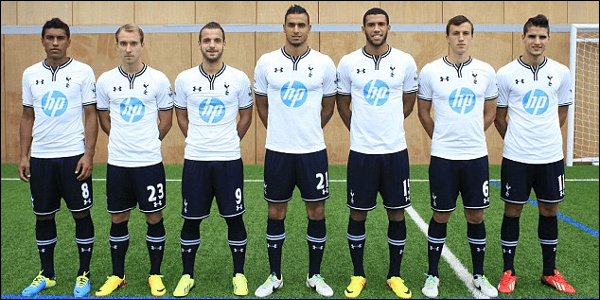 New Faces: Tottenham have spent over £100m on 7 different players

While many fans opposing fans would love to say yes, Tottenham and in particular, Daniel Levy has been very shrewd in the transfer market, and has confirmed the purchase of 7 international stars. This includes wonder kids Christian Eriksen and Erik Lamela, as well as experienced internationals in Paulinho, Capoue and Soldado.

AVB, however, says they are not done yet, despite spending over £100m. “No, we have not finished. There are always deals to be done and players to be had. We are still looking at a couple of places, with one of our main priorities being a LB. Coentrato is a name I have seen linked, and yes, he is a possibility, but we have several players in mind.”
Login to Quote

MJK46
7 years
Are you going to hire Ted Lasso??
Login to Quote

@Wellsy - Guess only time will tell