pompeyblue
7 years
Good signings Nick but to bring Bale back would be incredible!
Login to Quote

Nick
7 years
Neal I would if he wasn't injured! He's also 28 now, so getting on and would probably want 300k+

Pompey Cheers - i'd love to bring him back, but I don't think it would be possible 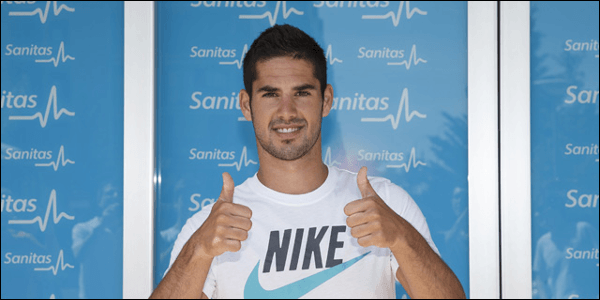 We are delighted to announce that we have reached an agreement with Real Madrid for the transfer of Isco.

Isco, 25, came through the ranks of Spanish side Valencia. In 2011 he made a £5m move to Malaga where he made 68 league appearances, scoring 13 times. After two successful seasons at Malaga, he joined Spanish giants Real Madrid, where he spent the next 4 years, going on to make a total of 156 appearances in all competitions, scoring 26 goals and getting 37 assists. During his time at Real Madrid he has won the European Golden Boy, as well as making the shortlist for the FIFA Ballon d'OR on two occasions

Capped 21 times for the U21 Spanish level, Isco went on to make his full international debut for Spain in Feburary 2013 against Uruguay. He now holds 23 caps, scoring twice.
Login to Quote

This!
Login to Quote

LFC
7 years
Oo, great signing, not too expensive for a player of his ability.
Login to Quote

Josh_MU
7 years
Isco is a class signing Nick! But, as everyone is saying it above, bringing back Bale would be awesome.
Login to Quote

AS4
7 years
Isco is good yes, but BAAAALLLLEEEEEEE!

victoras15
7 years
How much you paid for Isco?
Personally , i think Eriksen is better than him:D
Login to Quote

Adam Yeah, glad I've got him!

Victoras £56m! & I like Eriksen too, but I'm gonna play Eriksen deeper, and have one of my regens as a back-up. This - injuries permitted - will be my front 6 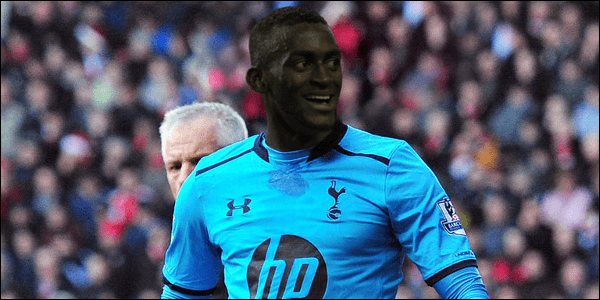 The Club is delighted to announce that Tottenham striker, Jackson Martínez has signed a 4 year contract extension.

Jackson Martínez, 30 has signed a contract which will see him remain at the club until 2021.

Martínez joined Spurs from FC Porto in 2014 for £15.5m and has gone on to prove to be one of the deadliest strikers in recent seasons in the Barclays Premier League, scoring 71 goals in 104 Premier League games.

Neal
7 years
4 year contract extension for a 30 year old striker? A bit long, perhaps? Either way, he has been deadly for you, so perhaps he'll pull a Di Natale and become even better on the 'wrong' side of thirty

Tottenham Hotspur: The Most Valuable Club In The World 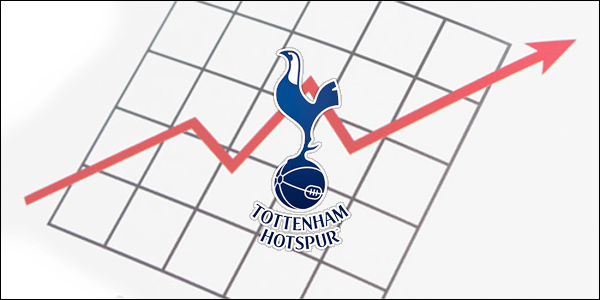 Rising: Tottenham's value has sky rocketed over the past 5 years

Ten year ago, Tottenham Hotspur finished the season in 11th Position under the guidance of Juande Ramos, who also helped Spurs secure the League cup – their first trophy in 9 years. Their squad consisted of players such as Teemu Tainio, Gilberto, Jamie O’Hara, Allen Hutton and a very young Gareth Bale. 10 years later, Tottenham Hotspur have two successive Premier League trophies and a Champions League trophy to their names. Their squad consists of some of the most sought after superstars such as Isco, Erik Lamela, Sandro and Vlad Chiriche?. 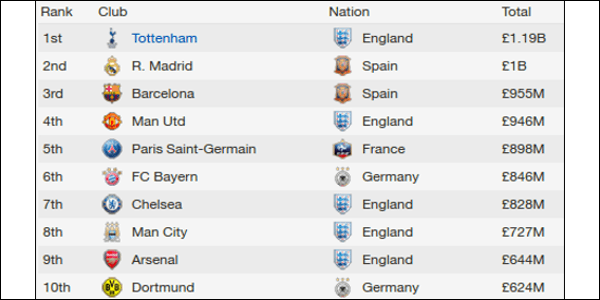 A recent list published by Forbes estimates that Tottenham Hotspur value is around £1.19B, with Real Madrid sat second with an estimate worth of around £1B. The likes of Manchester City, Chelsea, Arsenal and Liverpool values have fallen dramatically over the past 5 years, while Spurs have sky rocketed. To put into perspective just how valuable Tottenham are – a combined value of Chelsea (£828m) and Liverpool (£291m) is less than that of Tottenham Hotspur.

What makes the statistics even more shocking is that Tottenham’s season ticket holders stand at just 35,200. Ranking them the 17th largest season ticket holders out of the top 5 leagues (BPL, La Liga, Bundesliga, Serie A and Ligue 1), while their turn over sat at just £132m – the 8th highest of last season. Meanwhile, Tottenham’s Sponsorship deals were worth £41m, this year it stands at almost £60m. 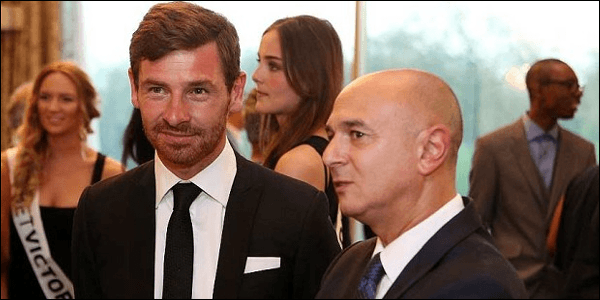 Tottenham Hotspur are the most valued club in Football, and while Spurs fans make thank Levy for all that he has done for Spurs – including the building of the New White Hart Lane and a state of the art training facility, most of the credit deserves to go to one man and one man only – André Villas-Boas.
Login to Quote