Joe
7 years
Nice results that month mate, love the setup as well by the way

Jer
7 years
Great signing in Forster, and really cheap also! Klopp seems to have made a decent start, winning MoTM :P. You get that 1st place!
Login to Quote

Nick
7 years
@Lucas Wow, Inho in his name? Must be an expensive goalkeeper

@Jeremy Yes, Klopp is doing really well at City. Dragged them from 9th to 4th. Currently over-taken Liverpool who have been fighting 4th/5th for most of the season. He's also opened up a 7 point gap between them!!
Login to Quote

@Jeremy Yes, Klopp is doing really well at City. Dragged them from 9th to 4th. Currently over-taken Liverpool who have been fighting 4th/5th for most of the season. He's also opened up a 7 point gap between them!! The first set of fixtures for the knockout round of the Europa League 13/14 season has been announced. Among the teams to qualify are English side, Tottenham Hotspur, who finished their group in first, as well as Swansea City, who are also in the Premier league. Spanish sides, Valencia and Real Sociedad are also still in the competition.

Clubs to drop into the competition from the Champions League places include Italian Giants, Juventus. Bayern Munich, Borussia Dortmund and Schalke join from the German league, whilst Ajax FC Porto and Marseille are also shock inclusions.

joel333
7 years
Quality story pal, good too see the europa league first knockout round draw being reasonably friendly to you as well. Would really allow you to attract the big players if you win the tournament in your first season - but with the likes of juventus and bayern in there it will be difficult. Good luck!
Login to Quote 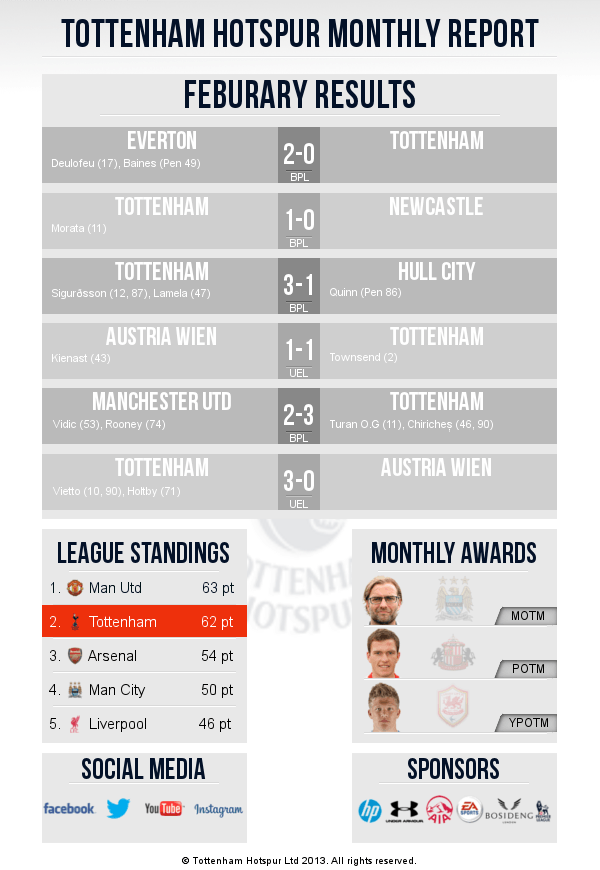 Hibee1875
7 years
Great story mate, the graphics in your updates are brilliant. Great win over Man Utd as well.
Login to Quote 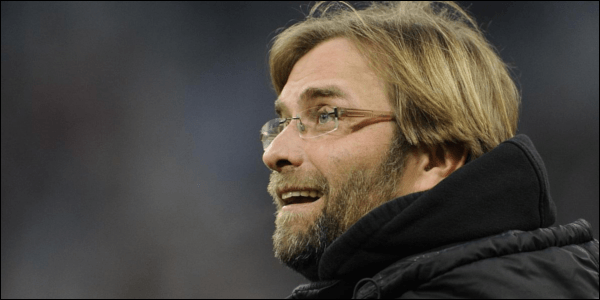 One of the best: Klopp has enjoyed an outstanding start to his managerial career at City

Tottenham boss has hailed Manchester City manager, Jürgen Klopp as one of the best managers in the league.

“If you look at what he has done, not just at Manchester City, but at [Borussia] Dortmund also, you can see he is currently one of the best managers in the world.”

Klopp was sacked in November after a frustrating start with Dortmund in the Bundesliga, where he collected just 13 points from 39 points, and subsequently left Dortmund sitting in 14th place in the league.

Since Klopp’s departure, Dortmund have since turned to Zenit manager, Luciano Spalletti. The Italian manager has gone on to lose just two games in the Bundesliga, beating the likes of Bayern Munich and dragging the club up to 4th spot, just 4 points off third placed Schalke.

The feeling of Déjà vu can also be seen at Manchester City. Manuel Pellegrini, who was sacked by the Citizens just 174 days into contract has seen been replaced, and is currently without a club.

After leaving the citizens in 8th place, with a huge point gap between the clubs current position and the Champions league places, it seemed as if it wasn’t going to be Manchester City’s year. In steps Jürgen Klopp.

Klopp has since transformed Manchester City’s season, having beat the likes of Tottenham Hotspur, and Manchester United, as well as draws against both Liverpool and Arsenal, City have since been propelled up the table and now sit in a comfortable 4th place. 7 points above fifth placed Liverpool and just 4 points off Arsenal.

He has currently won Manager of the Month for the past two out of three months, and has a foot in the semi-finals of the Champions league after beating rivals, Manchester United by 3-1. The future for Manchester City is certainly looking bright.
Login to Quote

pompeyblue
7 years
Fantastic win against United and it was a very important win as well because you are only one point off the top!
Hopefully you can keep the good form going and go top

Couragesand
7 years
You lose to everton but beat Man utd?

Just kidding great win vs them.
Login to Quote 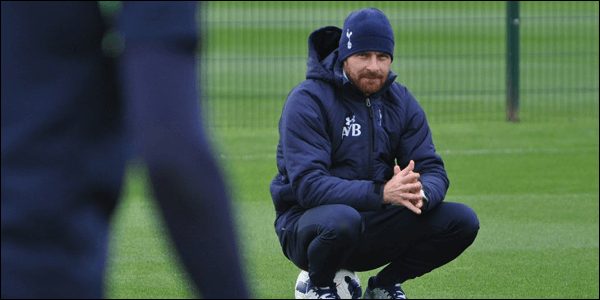 The Club is delighted to announce that Tottenham manager,André Villas-Boas has signed a 3 year contract extension.

The Portuguese boss has been in charge of Spurs since July 2012, and with just one year remaining on his contract, Tottenham chairman, Daniel Levy confirmed that he felt it was the right time to extend the boss’ contract.

“We are delighted to announce that André will stay at White Hart Lane until 2017. During his time at Tottenham, he has shown that he is one of the most tactically astute managers in the world. His determination and good work ethic here at Tottenham has not gone unnoticed, and we are pleased to be rewarding him with a new contract.”
Login to Quote

Jozef
7 years
Nice update Nick, it's a shame I don't like Villas-Boas otherwise I could be happy for you.
Login to Quote

@Hibee Thank's. Chiriches really saved me in that United match

@Pompey Cheers - I hope so. I've had some tough games recently, Arsenal are also in with a shout too, they've been in good form towards the end of the season

@Jozef I was going to ask you how you hate AVB, but then I remembered that you're a Chelsea fan