DeanByrne1995
6 years
Eager to see how you fair this year! Keep up the quality updates!

Thanks Dean, onwards and upwards!

NVDTahir
6 years
Thanks to Lucas for making me these banners for my story, appreciated man

Jer
6 years
Nice banners Lucas, I like them. Some great updates Naveed, and this season will be interesting.
1
Login to Quote

Lucas
6 years
You're welcome mate, glad I could help

kazza121
6 years
GL for the next season !
Login to Quote

Thanks Pauker and I certainly hope so

The rain crashed against my office window at Spotland, the weather was horrible tonight so I had to cancel training. I was busy typing away an email to my cousin in Australia (I'm part Australian) when there was a knock on the door.

"Come in!" I said. The door opened and behind it stood Peter Cavanagh.

"Hi boss, I wanted to speak to you about the fact that you stripped me off my captaincy."

"Well, it's just that I'm not happy at the way I've been stripped off my role as club captain."

"Peter. You missed training twice in a row, what did you expect?" I said.

"You shouldn't have taken me off as club captain then!" he was almost yelling at this point.

"I'm your manager and I think you should give me some respect."

"I'm not happy about this, Credible. Not happy at all."

"You're not a good role model, and calling me by my surname isn't going to scare me into re-instating you. I think Thomson would be a better captain, at least he trains hard every week."

"I don't think I can work with you anymore, you're a clown that tries to emulate Keith Hill, but fails every time!"

"You know what, get out. Get the hell out of my office, right now." As his mouth opened to let loose obscenities, I was quick to respond. "In fact, let me look for your contract." I opened up the filing cabinet behind me and searched for his contract.

"Right... A, B, C... Cavanagh. Here we are," I said as I pulled out the envelope and took out the contract. "If you think I'm a clown, you can pack your bags and fuck off out of this club. I'm not having this." I ripped the piece of paper to shreds and said, "We'll give you your few thousand pounds for compensation, but I never want to see your face again. Pack your bags and get out, you don't belong to Rochdale anymore."

A look of extreme disgust passed his face as he swivelled around and stormed out of the office, screaming at the top of his lungs.

"I guess the 'clown' is having the last laugh now, Cavanagh." I said to myself as I binned the torn up contract and rung Mr. Dunphy to inform him of this.

We kicked off the pre-season pretty well, we defeated the almighty Tranmere Rovers 3-1 on their turf, considering we were massive underdogs. But then, we succumbed to a 2-0 defeat to Scottish side Hearts and then an embarrassing defeat to league rivals Crewe. To be fair, our players weren't available so we had to use the reserves.

I brought in a few top-class signings into the squad this year: 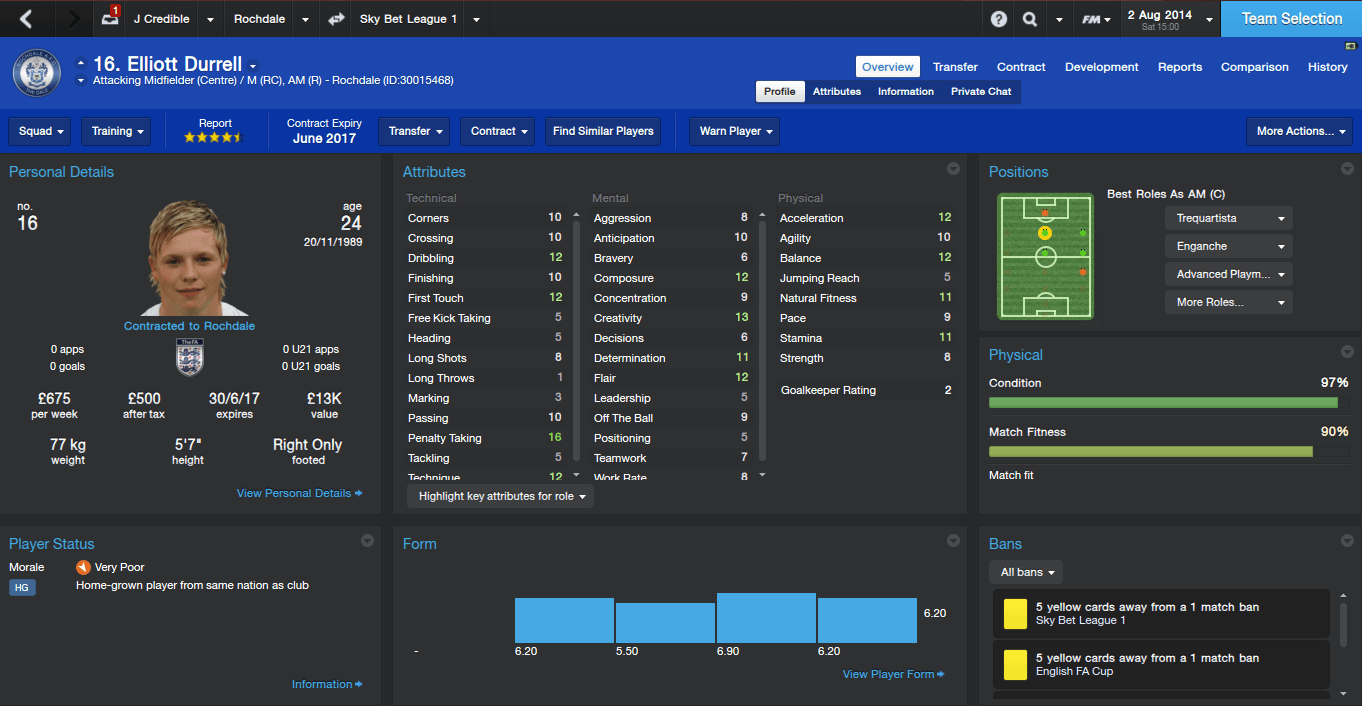 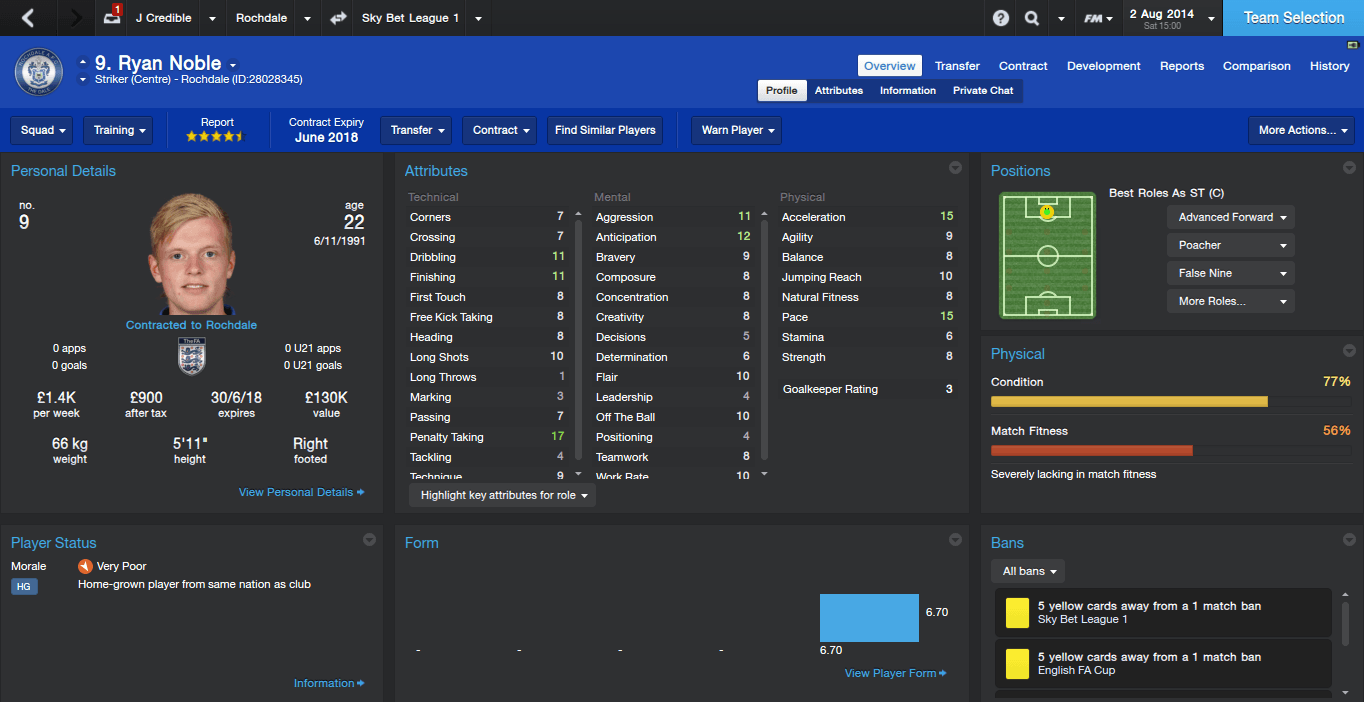 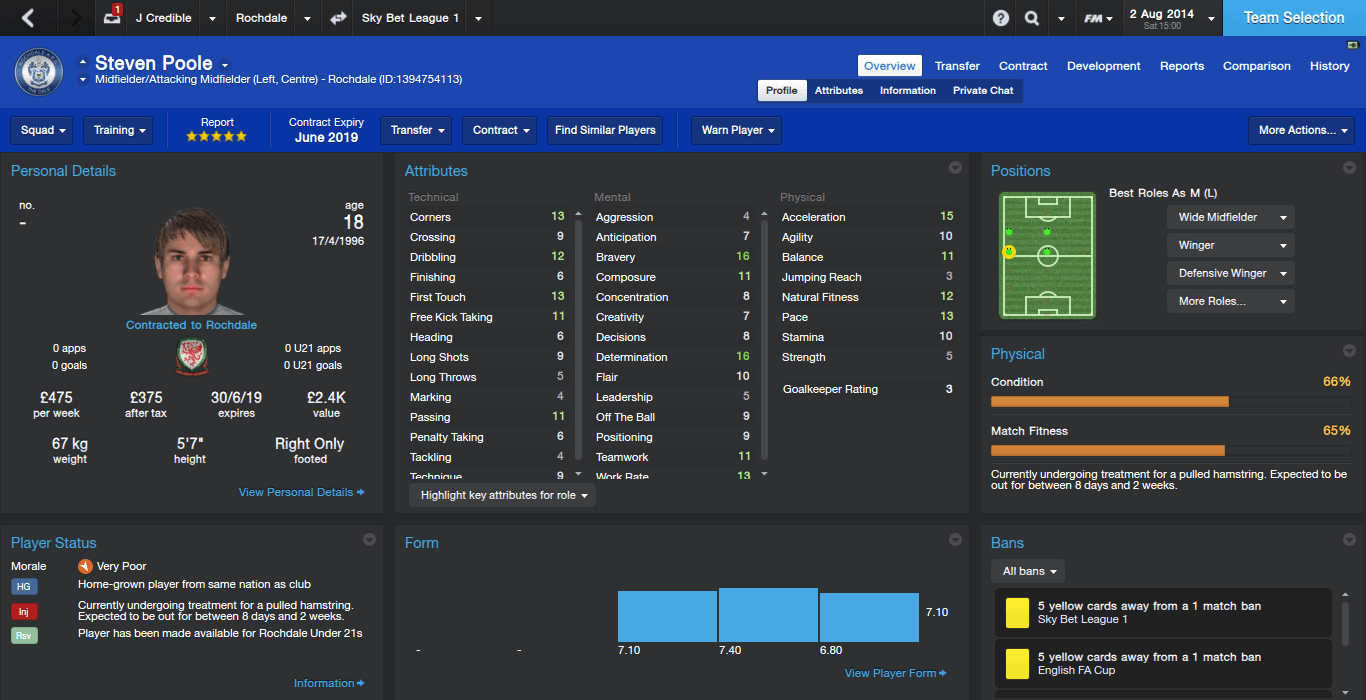 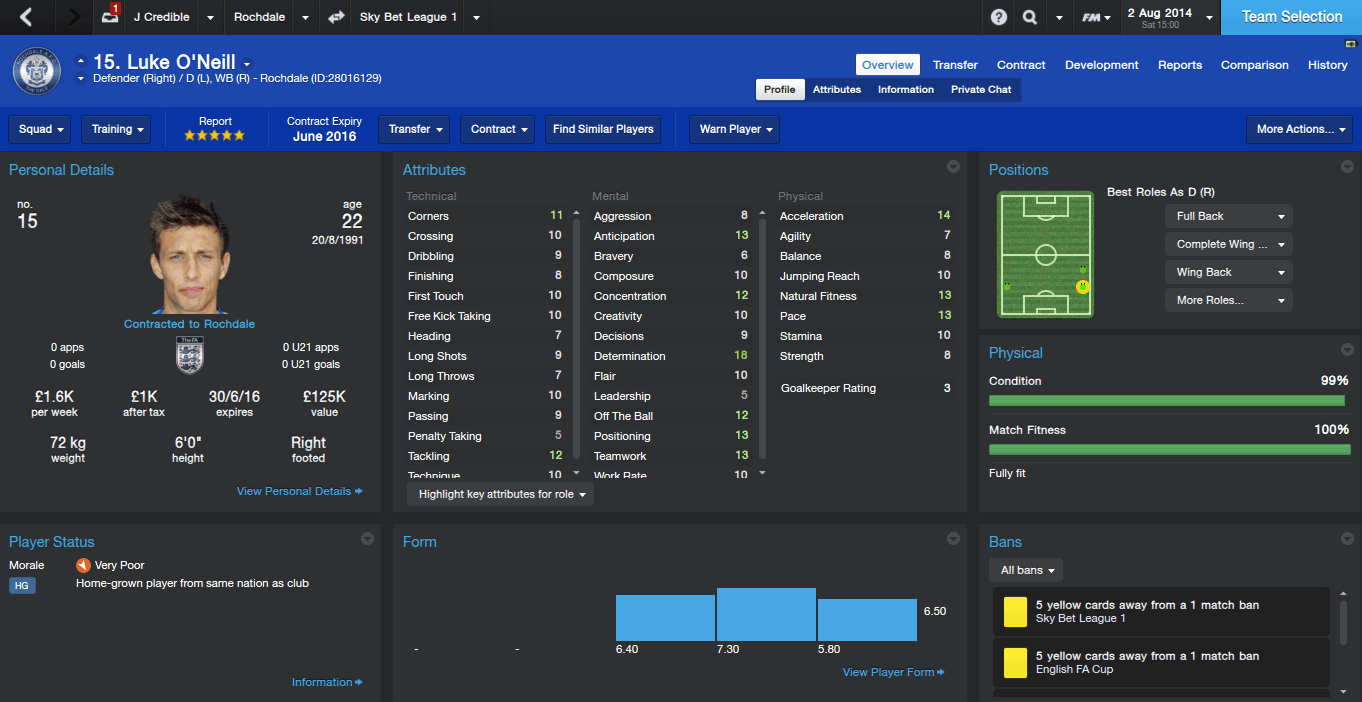 I managed the finances really well and sold many players, totalling up to £1.73m: 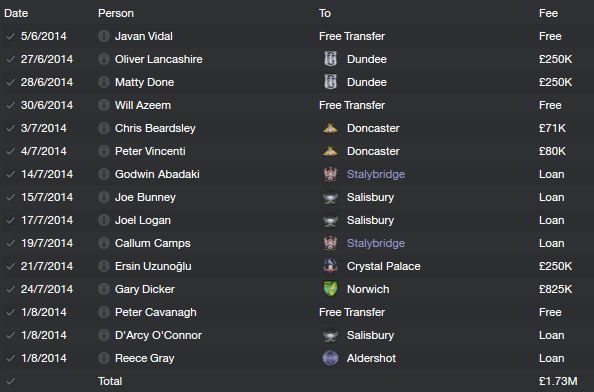 I initially did not want to sell Gary Dicker or Matty Done, but the offers were totally irresistable, and the money all these transfer brought in led to this:

And now, it's finally time to start League 1 once again and this time, I'm planning to stay here...


Thanks man!
Login to Quote

A Legend Arrives: Our Saviour


Rochdale AFC have swooped late into the market to capture one of football's truly talented superstars for an undisclosed fee. The transfer was sealed in the final hour of the deadline day, and happened quickly as the footballer himself hurried up to push the deal through. That superstar is... yes, it's EMILE HESKEY.

The former Liverpool and England legend was a very unrealistic target for Rochdale manager Justin Credible, in fact he was so unrealistic that Credible had a better chance of acquiring Lionel Messi and Cristiano Ronaldo on free transfers, but he has shocked the globe by signing this legendary pro instead. However, Heskey was not available for a short interview as he was heard saying "time is precious" as he hurried into Spotland stadium to sign the deal himself.

We are still awaiting further news from both parties... stay tuned.
Login to Quote