Ok so I decided to start up another story since my England save corrupted. Since I have been on Fmscout I have had an interest in MarkKolatowicz Rangers stories so that's the inspiration behind this! 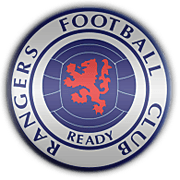 I think most people are familiar by now with the situation Rangers are in. If not here's a brief description anyway!

Basically throughout the late 2000's each year the club were recording huge losses and owed a large amount to companies such as Lloyds Banking Group. Walter Smith went as far as saying that Lloyds were practically running the football club.

Eventually the club could not afford to keep going down this route and had to enter administration in 2012. This eventually led to the clubs demotion to Scottish League 2 which they gained promotion from easily and now they are in Scottish League 1.
Login to Quote

Ally out, Rookie In! 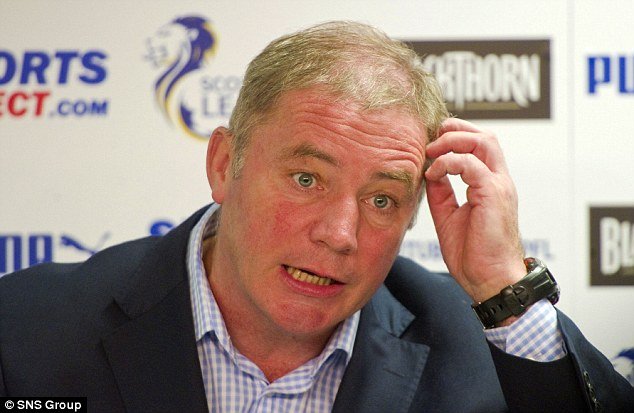 Ally Mccoist has resigned as manager of Rangers Football Club due to Personal Reasons and has been replaced immediately by an unknown Irishman named Dean Byrne.

Mccoist, who is Rangers all time top goalscorer has been a loyal servant of the club, taking the reigns from Walter Smith in 2011.

He has tried to give the club some stability in the last few years which have been hectic for the club but has decided to call it a day, we expect that it has something to do with family.

However one man's misfortune is another's gain and 25 year old Dean Byrne will be as shocked as anyone else tomorrow morning when he reads the back pages.

He has no previous experience in management, only virtually through a game called Football Manager and we understand he is very poor at the game.

Rangers fans will be demanding answers from their board, and it looks like Dean Byrne may have to learn quickly as the fans will be on his back straight away.
Login to Quote 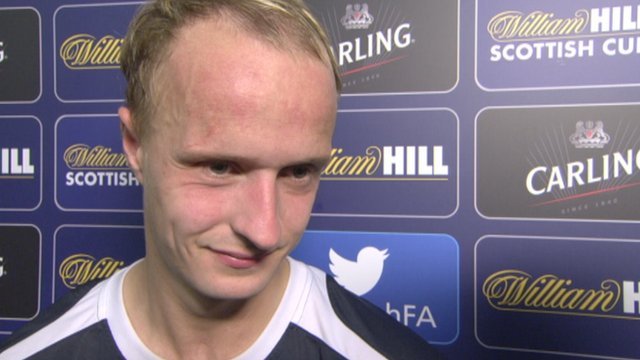 Wolves goal poacher Lee Griffiths has agreed a 5 month loan deal with Rangers Football Club. The former Hibs striker has fallen out of favor with the Wolves boss and both parties agreed a loan deal would be the best outcome.

Griffiths started his career in fine form with an impressive 22 goals in 47 games for Livingston. His time at Livingston was brought to an end after 3 years, and he enjoyed another impressive spell with Dundee, equaling his goal tally with Livingston in just 2 years.

He attracted premier league attention in 2011 and Wolves managed to steer him away from other suitors. However after finding the net 9 times in 13 games, he was sent out on loan to Hibernian for the next two seasons.

It would be at Hibs where Lee would make himself known to be one of the most feared strikers in Scotland. He netted 31 times in his 76 games with Hibernian before returning back to Wolves.

Although Rangers have quality in the striking areas through club legend Lee Mculloch and Jon Daly, it seems Dean Byrne will be looking to outscore every team, as Rangers are quiet frail at the back.

The Loan deal of Lee Griffiths will take place on the 4th of September. after the transfer embargo has been lifted.
Login to Quote

TylerK
8 years
Is it just me or does that picture look creepy as hell?
Login to Quote

A 100% start for Rangers in the Scottish League 1 may have slightly quietened the call for the boards head after controversially appointed Dean Byrne as manager. The Irishman was particularly given a bad reception at the first home game of the season, with many signs of Ally Mccoist on show around the ground.

Rangers were firing on all cylinders throughout the two months, averaging 3 goals per game. However question marks had been raised with their defending, which almost cost them points conceding 3 against both Dunfermline and Ayr before coming back late on to secure the 3 points.

Left back for The Gers Liam Wallace was the most prolific player over the two months in the league, scoring a credible 3 goals while also chipping in with a few assists.

More fine results as Rangers marched onto the semi final of the Challenge Cup. Narrow wins against fellow title challengers Stenhousemuir and both Dumbarton and Falkirk ensured a last 4 tie against Morton. The Challenge Cup is a competition Rangers are rarely involved in, so they will try to ensure they add an extra bit of silverware to their trophy cabinet.

Only reaching the third round of the Scottish Cup may be seen as a disappointing cup run for Dean Byrne's side, and losing to fierce rivals Celtic won't enhance his relationship with the fans. On the road to Celtic park Rangers dismissed both Dunfermline and Scottish premiership side Ross County. The last Old Firm derby was played in 2012, Celtic came out as comprehensive 3-0 winners that day. Dean Byrne had claimed in the press that Rangers would go all out in order to try and win the game, but were outclassed in the end by their Glasgow Rivals. Unfortunately there was crowd trouble after the game, 21 Rangers fans and 14 Celtic fans were injured as police continue to look into the events.

Although an unbeaten start to the season, Rangers lie in 2nd place in the Scottish League 1. Stenhousemuir have been just as, if not more impressive than the blue half of Glasgow so far this season, and both sides face each other in the next league encounter. 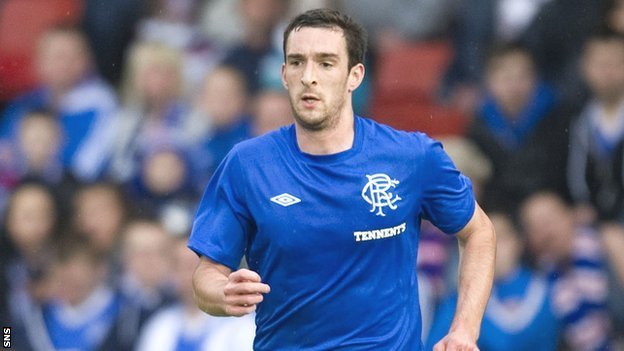 
6 goals in 11 games for left back Liam Wallace earns him the title of Player of the Month. Not only has he been a prolific goalscorer during the two months, he has also been the standout defender.
Login to Quote 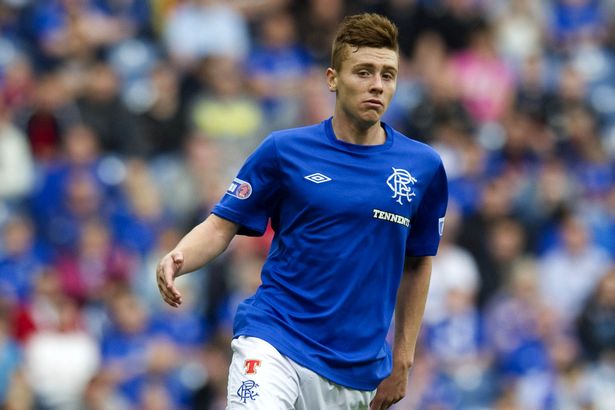 Lewis Macleod has agreed a deal to sign with Npower Championship club Nottingham Forest. Lewis, who has been a part of the Rangers family since 2004 was allowed to leave for a fee reported to be £115,000

The decision to allow Macleod to leave may only increase tensions between the fans and the board with already considerable frustration with the appointment of Dean Byrne. However the club's poor financial position needs improving if Rangers want to progress in the future.

Lewis Macleod will be loaned back to Rangers for the remainder of the season however as The Gers continue their push for promotion.

Speaking ahead of the title clash between themselves and Stenhousemuir, Dean Byrne commented on the reasons behind the sale.

"It was a tough decision to make, knowing that he is loved around here by everyone who wears blue. However we knew that once the club entered administration players would have to go in order for us to put the club first."

He is a magnificent player and it was essential we kept him for the rest of the season added Byrne. We'll keep focusing on each game now as it comes and hopefully by the end of the season we will be just one division away from where we want to be"
Login to Quote

hes been my best player

and looks set to be a great olayer in the future

i wouldve kept him lol..anyway apart from that great results apart from the Celtic 1 but they were always going to be hard in the first season..great stuff mate
Login to Quote

Arvind
8 years
Waiting for you to beat Celtic.

hes been my best player

and looks set to be a great olayer in the future

i wouldve kept him lol..anyway apart from that great results apart from the Celtic 1 but they were always going to be hard in the first season..great stuff mate

I didn't want to sell him to be honest but I thought that we could improve other areas such as the defence. As of yet however there has been no signings in that department but it's something I must look into
Login to Quote

Rangers continued their fine start to the season remaining unbeaten throughout the first 3 months of the season.

They began the month with fellow 100% record holders Stenhousemuir travelling to the Ibrox. A goal in either half from The Gers including another penalty for Lee Wallace ensured a 3 point gap would separate both sides.

However no team in the Scottish League 1 would boast a 100% record after East Fife took advantage of Rangers schoolboy defending to earn a point. Soon to be Nottingham Forest midfielder Lewis Macleod twice gave Rangers the lead with 2 headers, before East Fife fought back to level on each occasion. Leigh Griffiths, on loan from Wolves thought we had grabbed the winner with a placed shot into the corner before comical defending 10 minutes from time confined Rangers to their first draw of the season.

In the other games, a comprehensive win against Forfar saw Leigh Griffiths grab a brace and striker Jon Daly bagged his first goal for the club with an early strike against Arbroath.

Rangers were booed off the pitch after their shock defeat to Morton in the semi final of The Challenge Cup. Heavy favorites before the competition even begun, Rangers will be wondering what went wrong after dominating large parts of the semi final. Morton rode their luck and managed to score a free kick just after half time and sat back to grind out the result.

A second manager of the month award for Dean Byrne who previously won it in August.

An 8 point gap has emerged at the top as Stenhousemuir had a month to forget. Rangers will be hoping to carry their unbeaten run leading up to the Christmas period. 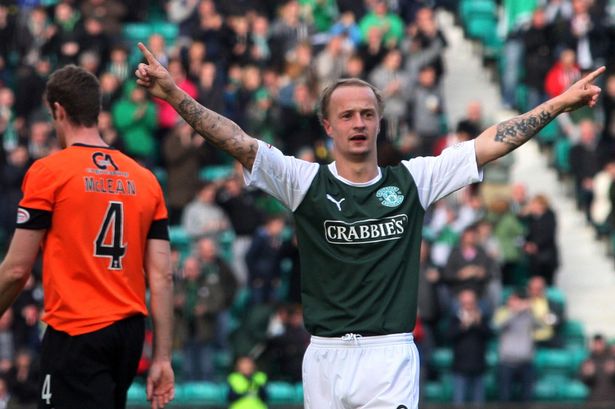 
Leigh Griffiths has had a fine month for the club, bagging 3 goals in the 4 games he featured in. He only started 2 of these and bagged a brace agaisnt Forfar after coming on as a second half substitute. He has put his name forward to be the first choice striker at the club and has given Dean Byrne some reason to think about tying him down permanently.
Login to Quote

The Unbeaten run continues for Rangers as they further distanced themselves away from their challengers and also progressed in the cup.

On the results...
I'm very happy with how we fared in these two months. We had a lot of games and it just shows what kind of a squad we have to cope with the fixture congestion. 2 draws may be viewed as a defeat by our fans but that shows the expectations at the club

On the 10-0 win...
The support we have received all season has been magnificent, I mean we still get the largest attendances in the country. Them goals were just what our fans deserve, credit to our players, everything they touched flew in

Rangers progressed to the last 16 of the Scottish cup, where they will face Scottish Premiership outfit Motherwell away.

On the Results...
We never really looked in trouble to be honest, away cup ties can be tricky so I'm delighted to progress

On the draw...
I was hoping for Celtic at Ibrox but what can you do. Motherwell are one of the best sides in the country and having to play them away makes it a tough ask for us

On league position
We're on course at the moment but have to carry on without falling victim to complacency.

On Unbeaten Run...
This could well turn out to be a distraction. Don't get me wrong it's fantastic for the club but we need to keep focused for the remainder of the season
Login to Quote

You are reading "Rangers FC - The Second Coming".