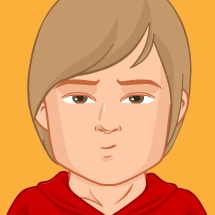 Who am I?? Well my name is Doug McKenzie, proud Canadian and Molson drinker, eh!. I wear the pride of Canada on my sleeve. Born in Saskatoon, Saskatchewan in 1987 I was the bastard child of the neighborhood. Everyone played hockey so did I but that was not my passion, soccer was the game of my youth (Yeah I said "soccer" want to get your ass kicked?). I was a pretty damn good player making it all the way to Scotland where I played for Dundee for awhile until I was released. During the the middle portion of the 2012 season I was picked up by TFC where I would play until the end of 2013. After the season ended i became a coach for the squad. It was not until June of 2014 that something big happened in my life. That day I was on my way back to Toronto after getting finishing my coaching course for Canada Soccer when......................
Find out what happens around the bottom of page 11.

UPDATE PLEASE READ: Soon I will be doing something with this story that you all might be wtf to. The idea is that something here in the story is not what it seems. You will find out soon!! I hope you enjoy this twist.

Last update of MFCIAPP
Chapter 1: Was it a dream/Reality sets in

Thanks!! So do I
Login to Quote

Middlesbrough chairman Steve Gibson has announced the termination of manager Tony Mowbray's contract, effective immediately. Mowbray who has been in charge of Boro for the past three years was let go on the fact the board was getting impatient with the current string of bad results. The club confirmed that assistant manager Mark Venus would take over until a permanent successor is appointed. Venus has been a part of the Middlesbrough setup since 2010.

Around 13:00 GMT the Middlesbrough website had announced the sacking. While looking at social networks it seems like the fanbase is pretty mixed, one commented that this was such a dumb idea and its still early. Another was quoted in saying, good its time for a change.

Middlesbrough are currently in 20th place with a total of 12 points.
Login to Quote


So I was at my apartment in Mississauga getting ready to head out for the day and all of a suden I get an Email. 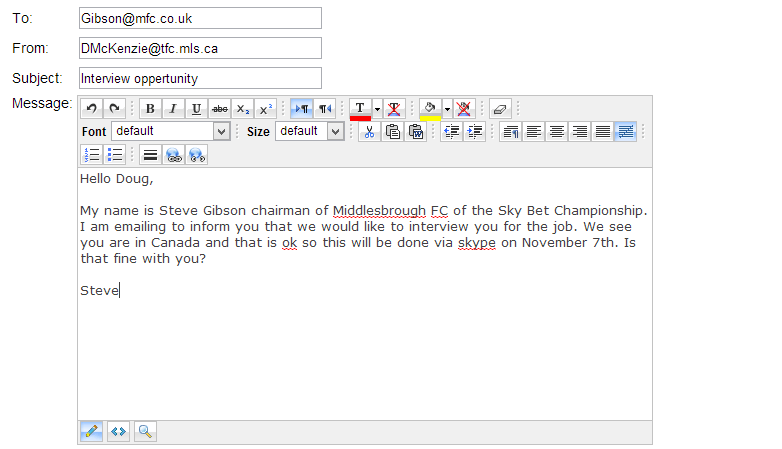 I responded and we agreed that 9:00 AM my timwe would be good. Now I am both excited and very skeptic about this, I know it was a real email since I got the verified icon on the FIFA Email system. I just don't believe that I would be a candidate for the job.

"Hello Doug how are you?
"Great nice to meet you!!"
"Lets get down to business"
"Middlesbrough are obviously a club with a larg history. The fans love it when someone new learns about the club history, have you ever looked at it?"
"Yes i have and I feel this club has a proud history."
"Good, what are your goals?"
"Well I have what is known as the perfect plan, I will help Boro rise to the EPL and become a common name around the world"
"Ok, how do you intend on doing this?"
"I want to bring in the best available players, make the team a factory of youth and get the club to the most realistic goals. I hate when people say i will make them the best because you know thats bs, so I give you realistic goals."
"Those sound really good and realistic, the others who have interview made some outrageous ideas"
"Why should I hire you?"
"Simply because I am young, fresh, goal driven and i will not give you or the fans bs and outlandish promises. This season my goal is to get mid table or a playoff spot, its a lot of work but I feel I can do that."
"Good I will let you know in a few day."

Wow this was a great interview, I hope I get it since Boro sound like a great club. It has been a day and I get a skype call from him.
"Doug, I got great news for you!!"
"Wow that was fast, what is it?"
"You got the job!! The club will send you your plane ticket and what not. You will arrive on the 12th and you will be announced to the press the next day, I will let yuo know when the press conference is!"
"Sounds good and see you!!"

Wow wow wow I got the job this feels great I can't believe this is happening and hopefully the fans welcome me.
http://simitator.com/images/2013-11-17/jmy4u.jpg
Login to Quote

This story:"Hello Dough how are you?


You misspell Gunnar enough, that was too much

This story:"Hello Dough how are you?


You misspell Gunnar enough, that was too much

Zogra
9 years
you are simply the best.. your story is really nice keep going mate

MJK46
9 years
@ Zogra, TK69 and Pompey. Thanks for the nice comments!!
Login to Quote


A few weeks ago Championship club Middlesbrough sacked their manager Tony Mowbray on what seems to be the basis of incompetence. Well with a list of possible candidates that looked like the best, Chairman Steve Gibson decided to go with someone not on anyone's radar. Boro could have gone with nutjob Paolo Di Canio or even someone like Roberto Di Matteo, but instead went with Canadian Doug McKenzie. Now you are asking who the hell is Doug McKenzie? Here is a little bio about him...

Doug McKenzie was born in a town of Saskatoon, SK in Canada. He is most notably known for playing on the Canadian u21 and u17 squads. He even played if you can call it that for Dundee in Scotland. Previously he was a coach for Toronto FC. If you look at his twitter account; he enjoys Molson Canadian, Hockey, his Bunny Hop (whatever the hell that is), a Texas Mickey (Again what the hell), and soccer (It's football damnit).

Most Boro fans if there is even such thing are a little lost on why McKenzie was hired. One the clubs Facebook page one fan was quoted in saying, "Who the hell is this guy??" Another comment said "see you next year League 1.

McKenzie is now the clubs first foreign born manager and his first match will be 23 November against Leeds.

COMMENTS
Neal: Who the hell is Doug Mckenzie, Gibson must have gone mad.
Goonerz4Lyfe: Who the hell hires a ******* Yank to manage a football club. Those fatasses should not even watch this sport, go back and eat McDonalds.
Captain Sensible: @Goonerz, first off what are you 12?? Secondly way to generalize a whole country dipshit!! If you read the article you would clearly see he is Canadian.
Goonerz4Lyfe: @Captain, piss off wanker!
James MFC Tomlinson: Not sure if I like this but what the hell give them a chance.
We Parked The Bus in 2012: Who cares about Middlesbrough, lets talk about real football aka Chelsea.
BaleMeOut: @WeParked dude you have to be kidding me Chelsea really? I doubt you have ever attended a match, anyways McKenzie probably could do a better job than the "Special One" 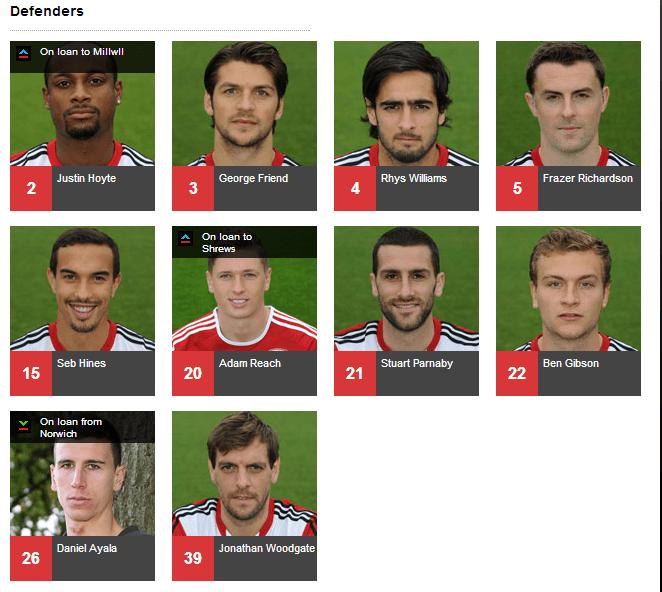 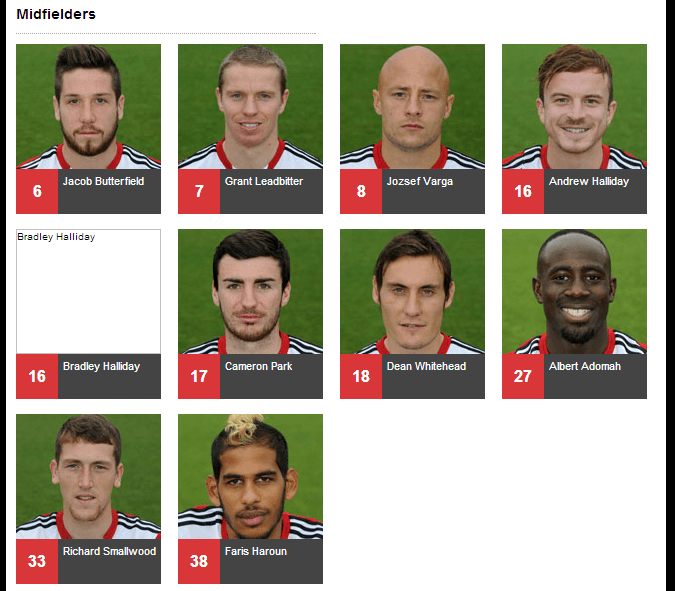 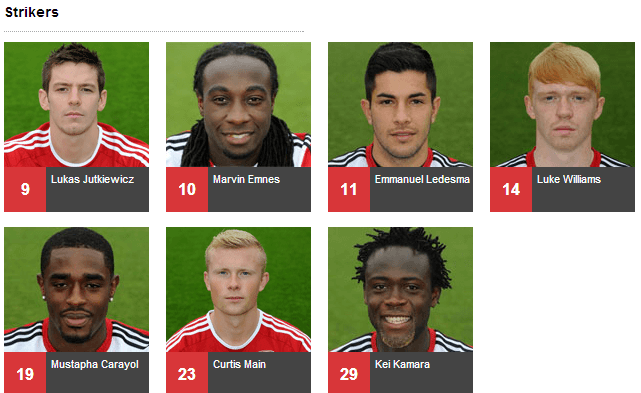