The start to the EPL was a rocky one. Thanks to the FA for the way they scheduled things, we had to start with three very hard opponents. Everton, Manchester United and Tottenham were who we faced. Sadly we could only score during the first match. The one positive was the Capital One Cup match against Leyton Orient. It was a struggle but winning was a good thing. Next up we will face Brighton in the next round.

With the way the team played Ramsdens decided not to give a play or the month award.


RAMSDENS Players of The Month: No one

Now that the bad month is over we are now dead last as the only club in the league with no points. Next month we look forward to facing Swansea, Brighton and Stoke.

During the last few months the club was extremely busy in the transfer window. Here is who joined and left. 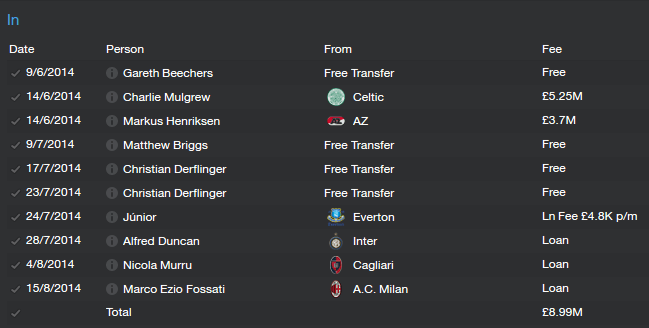 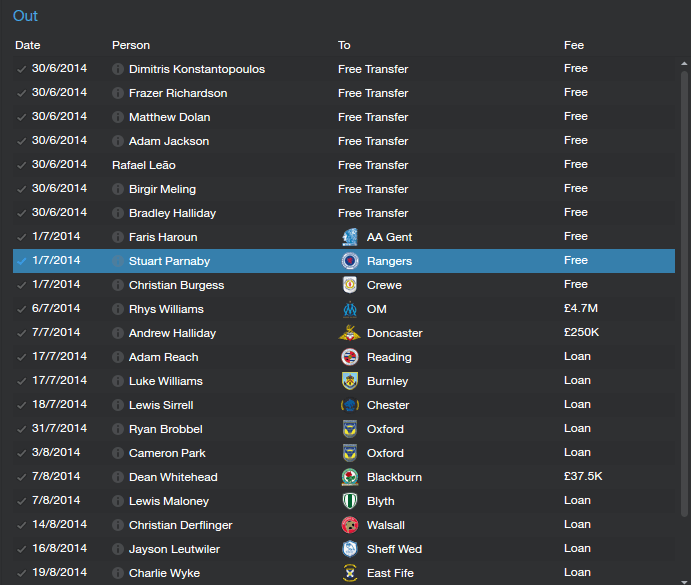 Louis O.
9 years
What's the point of signing Christian Derpfingers and loaning him?

Wasn't doing good during friendlies plus kid is only 20.
Login to Quote

After a very bad start in August Boro were able to rebound a bit. During this month we played a total of four matches. Three were part of the Premier League and the fourth match was the next match in Capital One Competition. On the thirteenth we would host Welsh Club Swansea. The "experts" believed that we would get murdered. We proved them wrong and drew 0-0. A week later we faced Stoke in a very important match. Nobody gave us any love and once again we proved people wrong. The match would be a 2-1 victory, thanks to Emmanuel Ledesma and his two goals. The last two matches would be against Brighton. In the Capital One Cup we won 2-1 and will face Bournemouth in the fourth round. We would face them again and the result was a 1-1 draw.

http://www.mfc.co.uk/javaImages/9f/ab/0,,1~12299167,00.jpg
Goalkeeper Jason Steele is the RAMSDENS Players of The Month for September. It was very hard to pick but due to the score lines and how we were pegged as underdogs it seems like the perfect choice. His most notable performance came against Stoke. Congrats Jason!!!!!!!!!!!!!

In terms of the table we are no longer in 20th place or in the relegation zone. We now have a total of five points moving us to 17th.

Next month for Boro we get to play Newcastle in the Tyne-Tees Derby. The match will be at St. James' Park. Use the discount code BORONATION for %15 off the ticket and busing. We will also be facing Chelsea and Blackburn in league play. October wraps up as we travel to face Bournemouth in the Capital One Cup 4th Round.

Will be following pal

hopefully you can have another good month although it will be a tough game against Chelsea.
1
Login to Quote Yes Yes Yes. The month of October was a very successful month for our club. The biggest victory of the season so far came from our first match. Away at Newcastle we know we were big time targets since it was derby day. We would win with a score of 2-1 and shock every Newcastle fan. After the match our supporters sang "TOON TOON WHERE THE HELL WAS YOUR ARMY?". Next the club would face Chelsea in London. We would get beat 3-0 but everyone was still in high spirits. "We are just glad we didn't get beat by a score of 6-0."-Doug McKenzie. After the loss to Chelsea the club would return home to face Blackburn and winning 3-1 in front of the home crowd. The final match in the month was against Bournemouth. After the victory we found out that the next opponent is Manchester United in December.

Starting to climb, now in 12th.

Goalkeeper Jason Steele is once again the RAMSDENS Players of The Even though the team suffered a 3-0 beating by Chelsea he was the best player that match as he had to defend against 32 shots. Also he was the main reason for the victory against Newcastle.

November will be a pretty hard month for the club. The team will be traveling to Anfield and The Ethiad Stadium. The month starts on the first as Aston Villa come to town and ends as Arsenal come to visit. These will be very important matches for the club so the front office as well as the players and staff really need everyone to attend the matches and show England we have the best fans.

NVDTahir
9 years
What a victory over Newcastle, 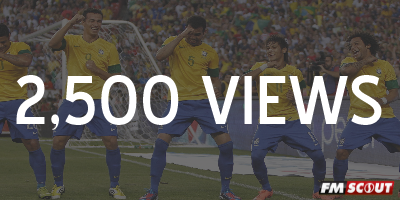