Justice
8 years
Brilliant work so far, I'm sure you'll get a new deal with the club soon enough!

What are the league's goalscoring charts looking like? Tevez miles ahead?

Verdinho
8 years
Justice - Funnily enough, Tevez has only just woken up last month. Vietto is out in front with 19 so far. Not bad for his first season in Serie A at 19!!
Login to Quote 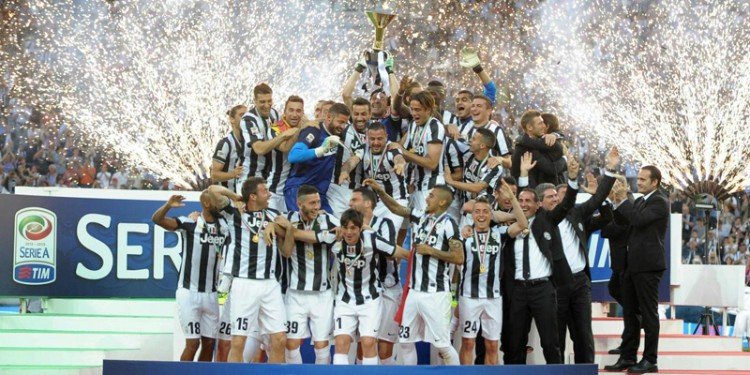 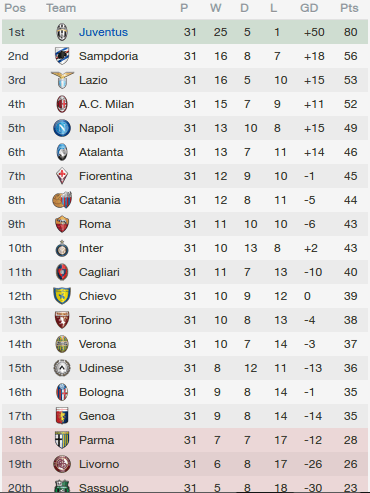 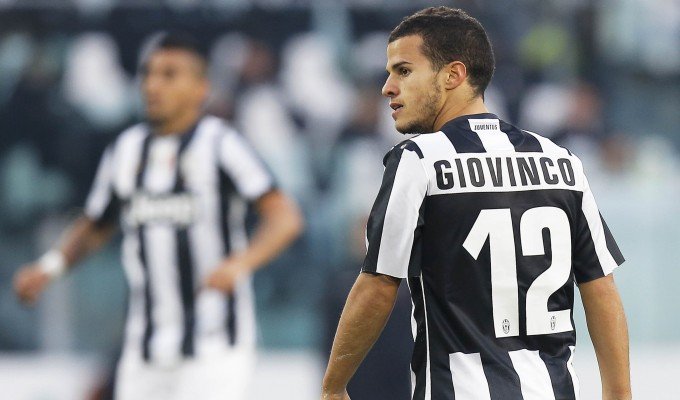 I’m going to let you guys into a little secret. In January, I transfer listed Giovinco. Nobody wanted him but two months later, I’m already having second thoughts about selling him in the summer. Giovinco was great this month and I hope his form continues throughout the remainder of the season.


CAMPIONE D’ITALIA! It’s gutting to lose our first league game of the season but when you win the league in March, who really cares?
Login to Quote

Jer
8 years
Why are you conceding a lot :s? Might wanna look at that, and nevertheless, 3 YEARS IN A ROWWW BITCHESS
Login to Quote

Slid3Tackle
8 years
Congrats in winning the league! But the team it's not in the best form...
Login to Quote 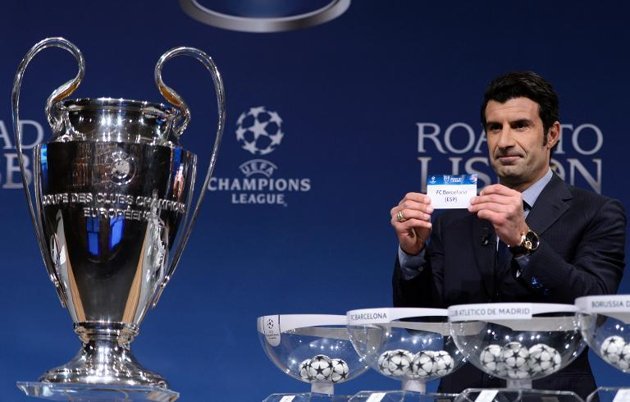 Juventus has been drawn against Barcelona for the quarter finals of the UEFA Champions’ League next month.

The two will face off in the 1st leg at Camp Nou after Juventus knocked out FC Porto 5-3 on aggregate and Barcelona cruised through with a 5-1 win over Schalke 04.

Leverkusen knocked out Arsenal with a 3-2 victory; meanwhile Dortmund eliminated Manchester City with a 3-0 aggregate win.

After losing 2-1 at home to Chelsea, nobody would have thought Olympique de Marseille would return the favour with a 4-0 win at Stamford Bridge.

The Frenchmen will now meet Napoli, who had to overcome a stubborn CSKA Moscow side with a narrow 2-1 win on aggregate.

Zenit St. Petersburg also startled a few with an aggregate win on away goals over hot favourites, Real Madrid.

However, Zenit will have to pull off all the stops once again after being drawn against Bundesliga leaders and Champions’ League holders, Bayern Munich.
Login to Quote

MJK46
8 years
Good luck I hope you smash them.
1
Login to Quote 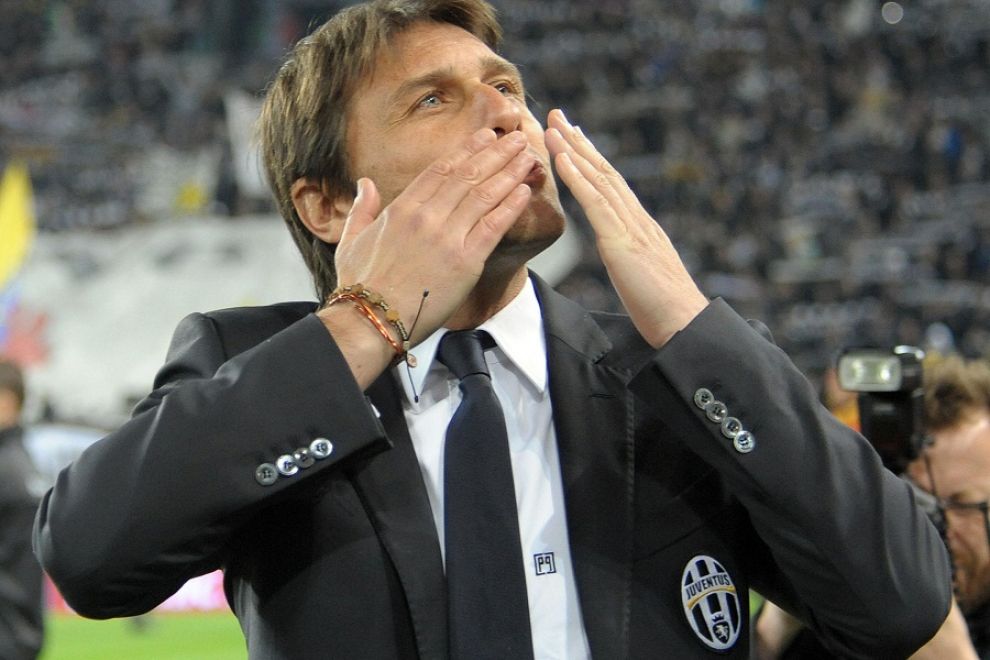 Juventus boss Antonio Conte has signed a new three year deal with the club after winning the Serie A title.

Conte sealed Juve’s third Scudetto in a row with seven games to spare, proving enough to earn him a new £36,000 a week deal until 2017.

The 44 year old’s contract was running out worryingly for Juve fans after reports emerged the board were unwilling to hand the Italian a new deal after a lack of high profile signings.

Conte has expressed his delight at signing a new deal with the club and has thanked the board for the faith shown in him.

“Renewing my contract here was always my intention and I’m delighted to know that this issue is now out of my way.

“I’m glad the board have backed me and I am excited for what the future holds for Juve. We will can continue to grow as a club in the near future.”
Login to Quote

Flying on top of the league, too.
1
Login to Quote 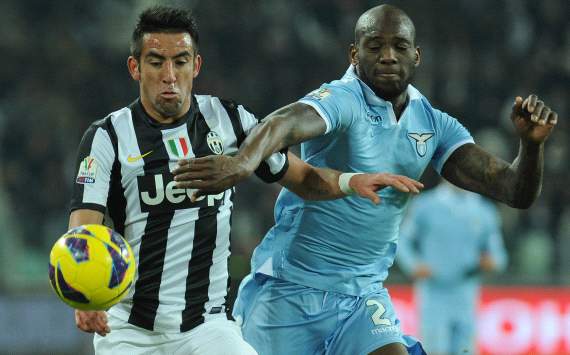 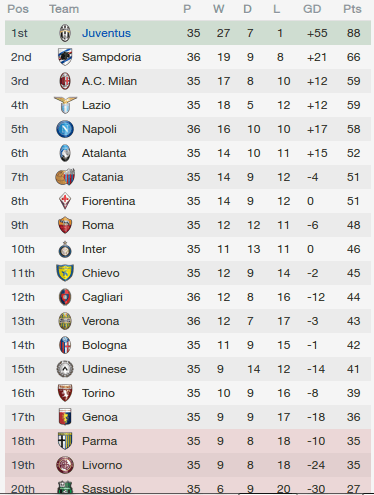 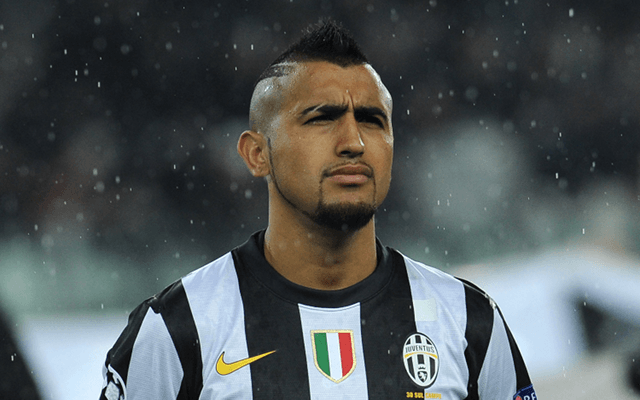 Many players have underperformed for us this month and Vidal was amongst one of our more solid players. He wasn’t very special but played to a good standard and without him, we may have struggled a lot more.


It was a poor month by our standards after drawing all but three of our games. It’s great that we made our way past Barcelona through to semi-finals but we didn’t show up at all to give Dortmund the game they deserved. Our 4-1 win over Lazio was particularly pleasing but overall, I think a lot of our players are burnt out.
Login to Quote

MJK46
8 years
Sucks about the loss to Dortmund but congrats on that extension.
1
Login to Quote 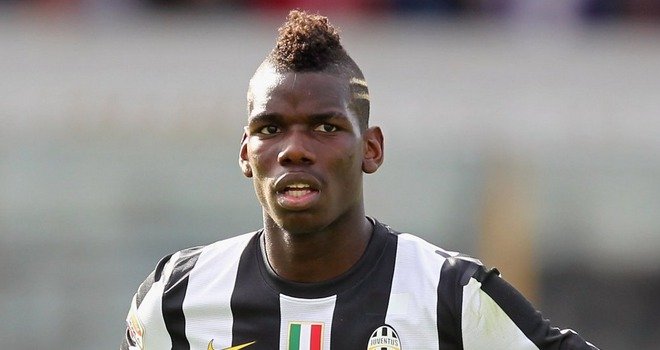 French midfielder Paul Pogba has extended his contract with the Juventus until 2019 after agreeing to sign a new £67,000 a week deal.

Pogba had been the victim of heavy interest from Manchester City and Chelsea in the past, with his previous contract set to expire in 2015.

However, Juventus has now managed to tie down the services of the Frenchman for the next five years and Juve’s boss Antonio Conte is delighted to have struck a deal.

“Pogba is a fantastic player and one I hold in very high regard. He’s been one of our top performers this season and I’m naturally very happy to have agreed a new deal.

“I feel Pogba is a great player, who at 21 years of age has the potential to go on to become one of the greatest French midfielders ever.

“I’ve said this before, I feel Pogba can lead us to glory and it really is no surprise that many top clubs have expressed their interest in him but the fact he’s staying is fantastic news and shows the direction we are going as a club.”

Pogba has featured heavily in Conte’s plans since moving to Juventus from Manchester United in 2012, playing 62 times and scoring ten goals.
Login to Quote

Jozef
8 years
Victim of heavy interest? Victim? I would be delighted to be looked at by Chelsea

Nice update and congrats on tying Pogba down. Such a good player.
1
Login to Quote