Bayern Munich star Thiago Alcantara is excited at the prospect of Barcelona’s Marc Bartra signing for the Bavarians this January.

Bartra, who has been in top form this season, has been linked with a move away from the Camp Nou with Bayern Munich spearheading the interest.

Thiago has stated that he would love to play with his old Barcelona teammate once more and has urged the 24-year-old to make the move to Germany.

”I’ve played alongside Marc (Bartra) for many years and I’ve naturally followed his emergence very closely.

“It’s great to see him making a name for himself at Barcelona now but I’d love him to join me here at Bayern Munich.

“We are great friends and it would be fantastic to play alongside him again. From a personal point of view, making the move to Bayern Munich has really helped me establish myself as a footballer so I’d urge Bartra to do the same.”

The two Spaniards both represented Spain’s Under 21’s that went onto win the Under 21’s UEFA Euro’s in 2013, as well as graduating from Barcelona’s infamous La Masia academy.
Login to Quote

BARTRA NOT FOR SALE

Barcelona manager Diego Maradona has insisted that Marc Bartra is not available for a move in the January transfer window.

Bartra has a plethora of clubs chasing him, in particular Bayern Munich, after a fantastic five months under new boss Maradona.

However, following heavy speculation over the centre back’s future, Maradona has stated that he is unwilling to talk to any club over a deal.

”Bartra will not leave the club, it’s that simple. He has been a vital member of our squad and it would be crazy to sell him.

“We’ve put our faith in the player for a reason and we intend to see him play in the colours of Barcelona for many years.

“He’s a Barcelona player and that will be the way he’ll remain throughout this season. I’m not interested in bids.”

Rumours have begun surfacing that Bartra may be considering a move to Bayern Munich, however, asking for his wages to be doubled following the interest of the Germans.

Bartra currently has a release clause of £31 million but could see clubs line up bids of approximately £20 million regardless of Maradona’s comments.
Login to Quote

No1VillaFan
8 years
Thats it you tell him! Great Update
Login to Quote 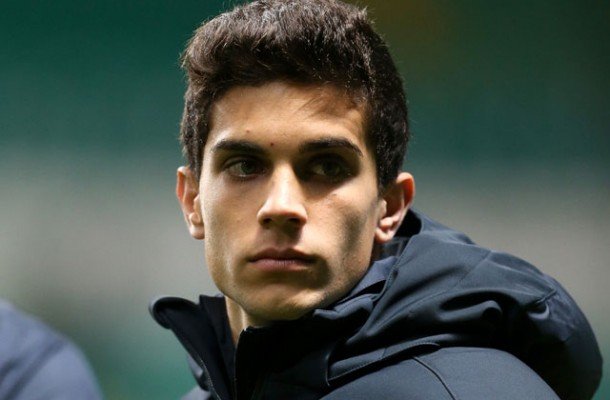 Barcelona’s board has concluded the transfer of Marc Bartra to Bayern Munich for a fee of £22 million.

In a deal led by Barcelona’s president Sandro Rosell, the Bavarians land their top transfer target after agreeing a five year deal with Bartra.

The two clubs met on Saturday 3rd January and agreed terms before Bartra passed his medical the next day ahead of his official announcement.

Bartra had been chased by many teams across Europe but Bayern Munich moved in fastest, seeing the Spaniard reunite with Former boss Pep Guardiola and Thiago Alcantara on £63,000 a week.

With Daniel Van Buyten playing fewer games and Dante struggling to shake off a hamstring injury, Bartra will give Guardiola the opportunity to play a recognised centre back alongside Boateng, as opposed to Javi Martinez.

The centre back starred in a large amount of Barcelona’s games and Maradona had declared his intention of keeping one of his star players.

It is unknown whether Barcelona manager Diego Maradona had any say in the deal but the decision to sell the defender is sure to infuriate the Argentine.
Login to Quote

Walter
8 years
ooh, tension between the board and manager maybe? 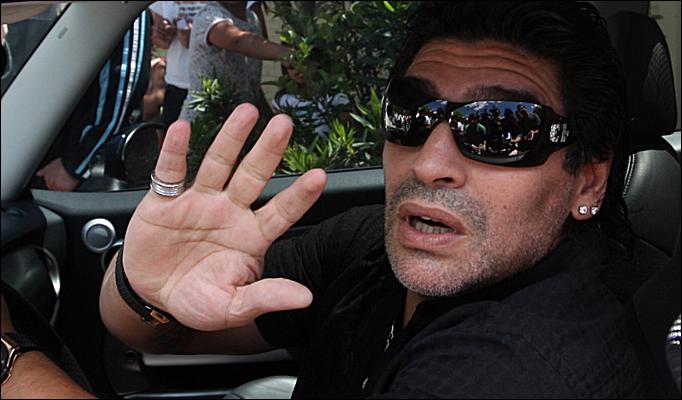 Diego Maradona has resigned as manager of Barcelona following the board’s decision to sell Marc Bartra to Bayern Munich.

Bayern Munich completed the signing of Marc Bartra for £22 million from Barcelona just days after Maradona insisted he would stay.

Maradona claims he wasn’t consulted over the decision to sell Bartra and therefore feels that he cannot work with a board he believes “lacks transparency”.

“I’ve made the decision to leave Barcelona and it’s one I stand by. I wasn’t happy with the manner in which business has taken place and no longer hold the same faith I did when I joined Barcelona. There's an extreme lack of transparency.

“As a top team with the highest expectations, it’s paramount that we keep hold of top players but unfortunately, we’ve gone down a different alley.

“I had planned my whole season counting on Bartra but keeping him didn’t seem to be too important to others.

“How long before somebody else that I value leaves? If Bartra wanted to leave and Bayern come along and activated his release clause, that would be fine, it’s football.

“The one thing I don’t appreciate is having decisions made for me without my input. The club knew my stance on Bartra but they chose to ignore it. If I cannot run the football side of the club the way I wish, I see no point in being here.”

Barcelona will now begin their search for a new manager, with Antonio Conte and Borussia Dortmund’s Jurgen Klopp favourites to take over at the Camp Nou.
Login to Quote

No1VillaFan
8 years
Damn this gets mor eand more interesting. Maradona to Real next? would be a awesome twist
Login to Quote

MJK46
8 years
Will Maradona coach in the USA now lol?
Login to Quote

Jozef
8 years
Sorry, I seem to have missed the majority of this story. Still, I look forward to what Diego does next.
Login to Quote

squid56
8 years
Now the question on everyone's mind : Where will he go next? lol
Login to Quote

Verdinho
8 years
jasonvilla4ever - Although that would be interesting, Maradona is no traitor

Plus, Carlo is doing a great job with Madrid.

Jozef - Glad to have you following again

squid56 - All will be revealed in due course

... Be interesting to see where you go next

Diego Maradona has been appointed as the new Sporting Lisbon manager after quitting the Barcelona job just three weeks ago.

The Argentine has shocked many in 2015 by quitting the Barcelona job following the sale of Marc Bartra and now joining Sporting, despite being one of the most sought after coaches in Europe.

Sporting sacked Leonardo Jardim before the fall of the year after ‘Os Leões’ failed to mount a title challenge and were eliminated in the group stages of the UEFA Europa League.

Maradona has now been given the task of attempting to revive the team often referred to as the sleeping giants, meanwhile stating he does not feel managing a club like Sporting will be too much of a step down.

“I’m excited to sit here as the new Sporting manager and I cannot wait to get stuck into the job. We have a big couple of months ahead of us, maybe a defining couple of months, so I’m ready to steer us in the right direction.

“People will always talk about this being a step down for me and say I risk slipping off the managerial radar but I see something special here.

“Of course, you cannot compare Sporting to Barcelona on a global scale but there is a good project for me here and that’s all I’m focused on.”

With just over two weeks of the January transfer window left, Maradona has been given £12 million to spend.

Neal
8 years
Welcome to Portugal, hopefully you do well there!