No1VillaFan
8 years
good signing you are getting some squad together now!
Login to Quote 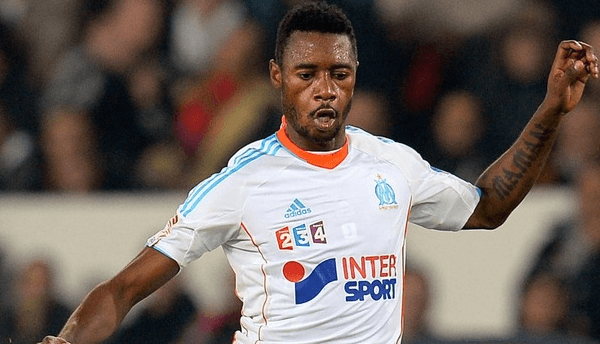 Nkoulou will join City for £11.5 million after Marseille accepted offers from both Barcelona and the Barclays Premier League champions.

However, the Cameroonian international chose City over Barcelona, claiming the prospect of playing in England was too good to refuse.

”I was very flattered by the interest I received from both clubs but ultimately, the Premier League is where I feel my future lies.

“I’m a big fan of English football and its ability to deliver physical and spectacular battles so a move to Man City had to be my preferred option.”

Barcelona boss Diego Maradona outlined the club’s wishes to add a central defender to the squad but following Nkoulou’s snub, the Argentine concedes that may no longer be possible.

“We have tried to sign a centre back and thought that Nkoulou would be the ideal option considering his price tag.

“Unfortunately, he chose England as his preferred destination and we’ll respect that decision but it doesn’t look likely that we’ll bring in an extra defender now.”

Nkoulou agreed to sign a five year deal with City and will earn in the region of £91,000 a week.
Login to Quote

Switch
8 years
Shame, I really rate him!
Login to Quote 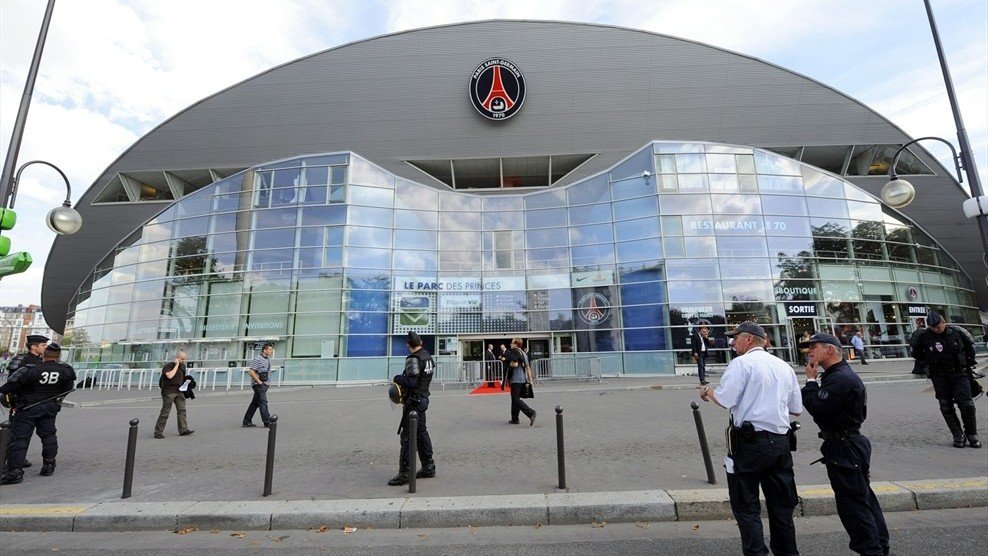 UEFA Champions’ League winners Paris Saint-Germain has topped the 2013/2014 FIFA club rankings for the first time in the club’s history.

The French club won the Champions’ League as well as the Ligue 1 title, Coupe de France and Coupe de la Ligue, dethroning Bayern Munich as the most reputable club in the world.

After success under Diego Maradona, new boss Andre Villas-Boas is keen to continue the new culture of winning in Paris and keep PSG at the top.

“It’s great to know the players are achieving new heights with the club and PSG’s recent success was key for me when deciding to take over as manager.

“Our task is now to simply continue the good work Maradona did and I firmly believe that we can repeat our success not only next season, but for the coming years.

“Continuity is key to future success and with the top players like Edinson Cavani and Thiago Silva at the club, we can begin to slowly bring through exciting prospects such as Hervin Ongenda and Adrien Rabiot to continue our domination.”

‘The Red Devils’ are closely followed by Real Madrid and Chelsea, with Barcelona in sixth place after being taken over by Bayern Munich and Arsenal.
Login to Quote 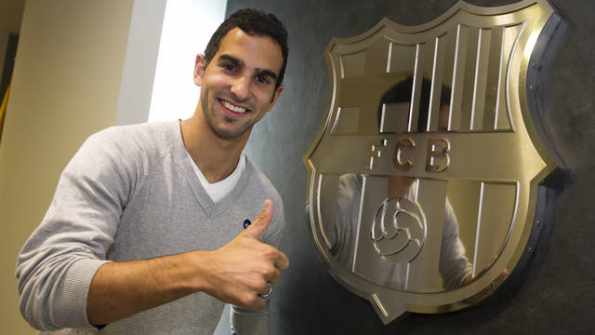 Barcelona has completed the signing of Martin Montoya from Paris Saint-Germain for £19 million.

Montoya returns to Barcelona just a year after leaving for £6 million to PSG and becomes the second player to join Barcelona from the French giants.

Montoya has stated his delight at returning to Barcelona and insists he will be better, stronger and far more consistent than his previous spell at the club.

“It’s great to be back at Barcelona and in my absence, I feel I have improved immensely as a footballer.

“It’s great also to get the opportunity to work under Maradona once again, somebody I had plenty of success with in France and I hope for the same again back home.

“The faith Maradona put into me last season meant a lot and I’m ready to show Barcelona once again what I am capable of.”

The right back joins old pal Marco Verratti and will once again work under Barcelona boss Diego Maradona, for whom he played 50 times for last season.
Login to Quote 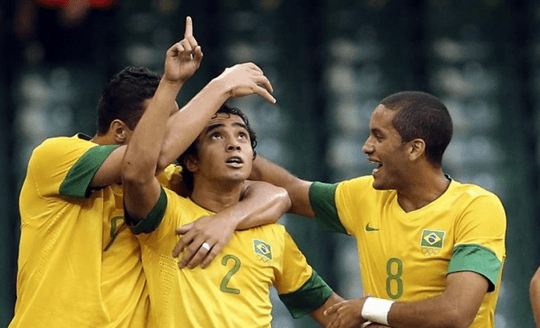 Napoli has piped Juventus to the race of signing Rafael da Silva from Barcelona for £15 million following the arrival of Martin Montoya at the Camp Nou.

Rafael was one of the highly criticised players from Barcelona last season due to below bar performances as they finished third in La Liga.

The Brazilian international missed out on a spot in Luiz Felipe Scolari’s World Cup squad, a squad that would end up winning in their home nation this summer.

Rafael will now be hoping he can reignite his flaky career in Italy, signing a five year deal on £75,000 a week and becoming Luigi Cagni’s first signing of the season.

The twin of Fabio da Silva played a total of 20 La Liga games last season under former manager Tata Martino, before eventually being dropped for his compatriot Dani Alves.
Login to Quote

Aaron
8 years
Always hated Rafael tbh! I won't mind to see the back of him and I am sure it won't bother you too much with a nice wad of cash in your pocket:P
1
Login to Quote

Nick
8 years
I'm sure PSG will be happy with that profit in just over a year, but I suppose if you have faith in a player it's always good to take them with you. Shame about the loss on Rafael, but oh well...

Verdinho
8 years
Aaron - Not with Montoya about

Nick - Yeah, good for PSG but I trust him to do well so I believe he'll be worth it 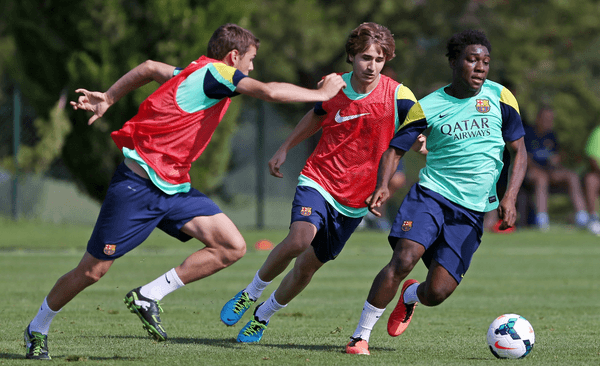 The trio have been loaned out at the request of new Barcelona manager Diego Maradona in hope that they can mature much like Gerard Deulofeu did when he was loaned to Everton last season.

Grimaldo will join Olympique de Marseille on a season long loan and the 18-year-old could be set to become Phillipe Montanier’s preferred option at left back.

Samper agreed to join Eredivisie champions PSV Eindhoven after rejecting a loan move to Swansea City and will remain in Holland for the upcoming season.

Samper is currently being touted as a direct rival to new signing Marco Verratti in eventually succeeding Xavi Hernandez in the heart of midfield.

At the age of 19, Dongou makes the journey east to sign for CSKA Moscow until June 2015 after starring in Barcelona B’s side last season.

The Cameroonian played ten times for the Barcelona B team last season and scored four goals, with the remainder of his season spent with the Under 19’s.

Dongou is currently dubbed as ‘The New Samuel Eto'o' and has already earned a cap for Cameroon, scoring on his debut versus Paraguay in a friendly back in March of 2014.
Login to Quote

pompeyblue
8 years
Excellent updates Paddy!
Unlucky about missing out on Rafael and Nkoulou but Matic is a great signing!
Hopefully the youngsters will gain good experience on loan 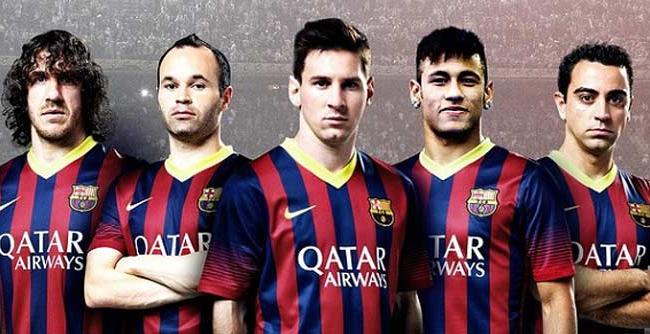 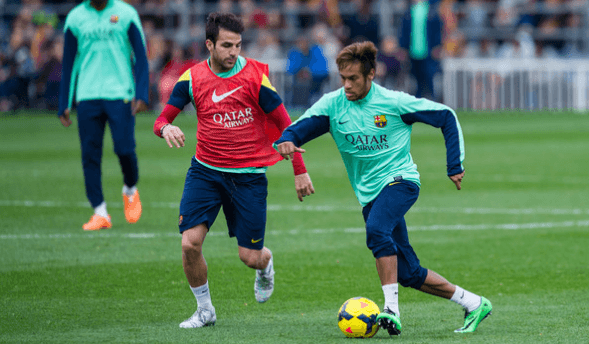 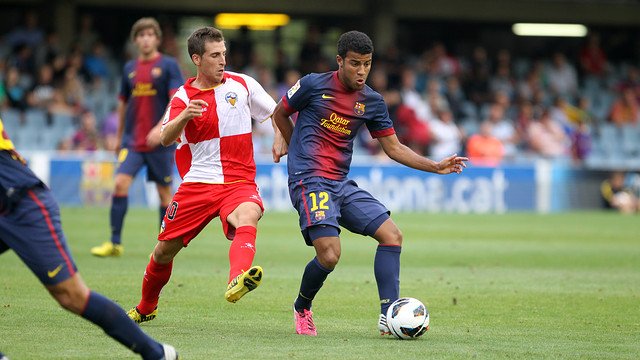 Rafinha really impressed me in pre-season and after his successful loan spell at Celta de Vigo last season, I really feel this season may be the year he finally breaks into first team affairs. Although, he’s not as good as brother Thiago, Rafinha is still very neat on the ball and has the creativity and passing ability to succeed at Barcelona.


I almost reassessed my whole plans for this season after losing my first friendly to Nagoya Stolz but we really got our act together and turned in a great pre-season. Our defence looks slightly suspect, at least for now, so I’ll be hoping that our possession and goal scoring ability exemplified in our friendlies will be enough to win us games early on in the season.
Login to Quote

Nick
8 years
Apart from that first score-line, those are some really impressive results