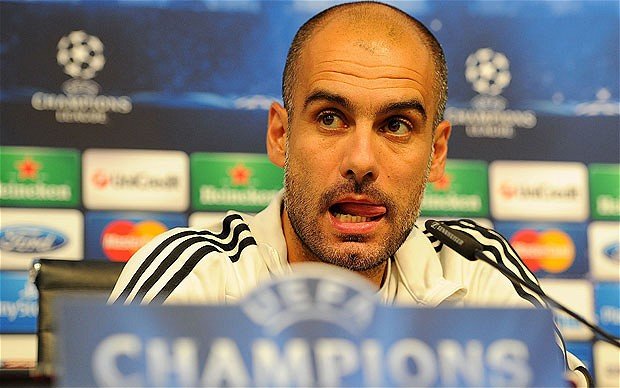 PSG ran out Ligue 1 champions as early as their final league fixture in March with a 3-0 away win to OGC Nice.

Although Bayern Munich will be favourites to progress to the semi-finals, Guardiola is under no illusions and knows it will be very tough to compete against a side he believes are one of the world’s best.

“I think it’s clear for all to see just how good PSG is and you’d have to be very ignorant to dismiss the work Diego Maradona has put in.

“Not only are they scoring for fun, they are dominating games straight from the off and are defending very well.

“I don’t remember ever seeing a stronger PSG team so we’ll come up against them at the worst possible time. They are one of the most exciting teams in world football.

“You only have to look at their squad and see that a team with Thiago Silva and Edinson Cavani mean business. We must be at our best.

“Of course I remain confident in my team’s ability to progress and I believe in my players but I wouldn’t necessarily say we are favourites.

"PSG are on a high after winning the Ligue 1 convincingly and I have far too much respect for them to even consider us to be better at this moment in time.”

Bayern Munich defeated Real Madrid 3-0 at the Santiago Bernabeu before holding ‘Los Merengues' to a 0-0 draw in the return leg to progress whereas PSG beat Shakhtar Donetsk 3-1 on aggregate.

PSG have already surpassed the record points total of 84 achieved by Olympique Lyonnais with seven league games to spare and have scored 120 goals under Maradona, conceding just 18.

The Bavarians are also in good shape in the Bundesliga, topping the table with 14 points ahead of their rivals Borussia Dortmund, making Wednesday’s match-up all the more exciting.
Login to Quote 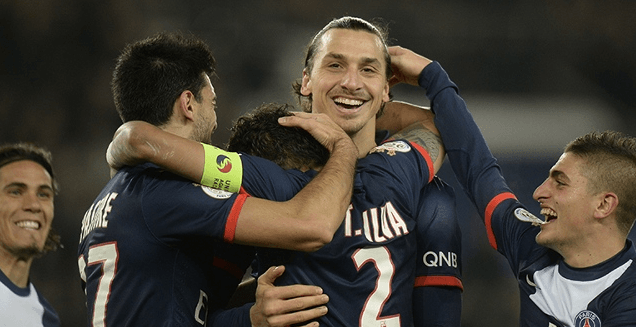 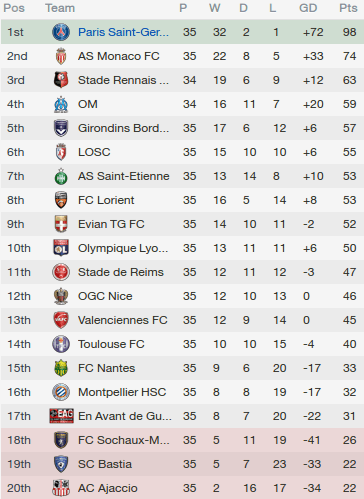 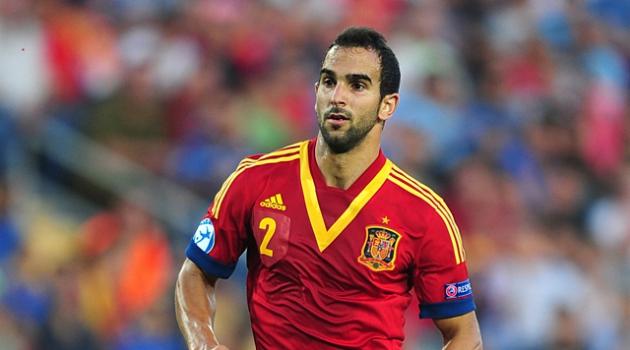 What an awesome month it has been for the former Barcelona full back! Montoya performed very well (as he usually does) and also added his first goal for PSG versus Bayern Munich against his former boss. To better that, he then went on to score two absolute stunners in the league, one of which was a last gasp winner against Lyon.


We are in a very good phase of form at the moment and only once took our eye off the ball versus Evian, a team who has done reasonably well this season. We continue strong in the league and now have three finals to look forward to next month.
Login to Quote 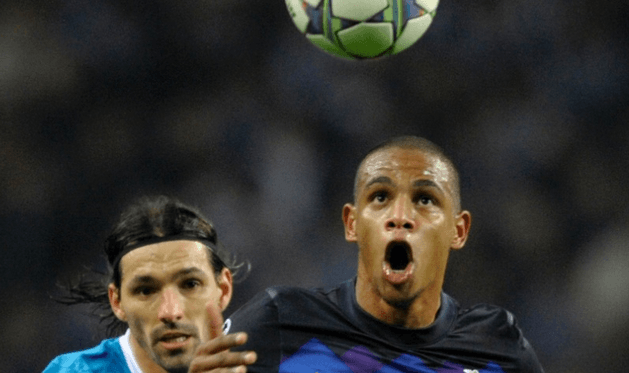 Paris Saint-Germain midfielder Fernando is unhappy with the Ligue 1 champions after the refusal of a new contract according to the player’s agent.

Fernando’s agent claimed the midfielder, who signed from FC Porto for £4.8 million in the summer, requested a wage hike but has been left deeply upset at the club’s rejection.

Speaking to Brazilian newspaper ‘O Globo’, Joao Martins revealed that Fernando now feels dis-valued and alienated in France and his situation at the club is unlikely to improve until he’s given what he believes he deserves.

“Both I and Fernando have attempted to begin talks with the club but unfortunately, the board nor (Diego) Maradona are willing to commence fresh negotiations.

“Fernando has been a fantastic asset to PSG’s squad this season and clearly he should be earning much higher than what we initially deemed acceptable when he signed.

“I don’t believe he’s put a foot wrong since his arrival from Portugal and he has grown to become one of PSG’s best and most reliable stars.

“It’s very understandable that after this snub Fernando feels neglected and sad with those responsible, especially when you see your teammates earning much more than you without playing half as well.”

Fernando chose to sign for PSG ahead of a move to Liverpool and Manchester City in the summer and has been a pleasant surprise since signing a four year deal on £15,000 a week, playing 29 times so far this season.

The Brazilian’s latest request won’t have been the first time he’s kicked up a fuss over a new deal, handing in a transfer request back in 2011 when representing Porto due his notable low wages.
Login to Quote

Slid3Tackle
8 years
As I expected, you're dominating France and soon, the World!
1
Login to Quote

k1rups
8 years
Great season destroying everything in France and Bayern! Great writing too
1
Login to Quote 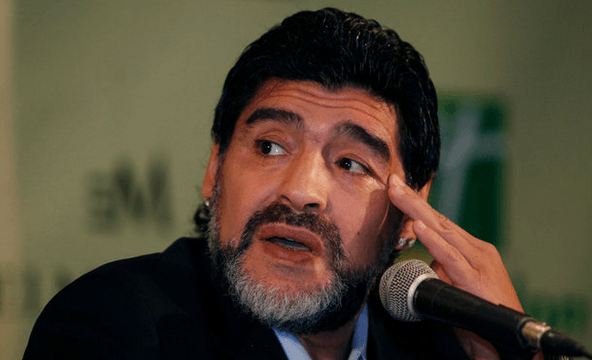 Paris Saint-Germain manager Diego Maradona has revealed he may have to omit Fernando from his squad after his apparent discontent at not being given a wage hike.

Fernando is believed to have been left incensed after Maradona rejected his request of a new deal and is feeling under-valued according to his agent, Joao Martins.

Maradona has now dug in further into Fernando by stating the Brazilian international may no longer play for PSG this season due to off field distractions.

”I am aware of Fernando’s unhappiness and of course it is something that worries me a lot as his manager.

“If a player comes to me mid-season with vital games ahead asking for more money, that suggests his focus isn’t fully on playing football and I cannot take many risks with my team selection.

“I want a team that is professional and fully prepared both physically and mentally to play in the upcoming games so I may well have to look at those around Fernando instead.

“It’s not an ideal situation for us as Fernando, on the contrary to what is believed, is highly valued by myself and his teammates. I wouldn’t have played him in almost 30 games this season if I felt he wasn’t important.

“I would have just preferred to negotiate during a far quieter period such as pre-season but Fernando’s unwillingness to do so has given me little choice with regards to my team selection.”

It is yet to be understood whether Fernando will now seek a move away from Paris after his apparent upcoming snub, with the Italian Press suggesting Inter Milan could move for the defensive midfielder in the summer.
Login to Quote

Josh_MU
8 years
Hopefully if you end up selling him, you'll get a good price for him!
1
Login to Quote

Nick
8 years
If he's been a d*ck over wages then you're probably right to sell him. Also, congrats on getting into the Champions League final, hopefully you can win it!
1
Login to Quote

AlexTHFC
8 years
Just caught up with the story, some great updates, can't quite believe that aggregate against Bayern and AC Milan, and that table! You're dominating! Great season and great story 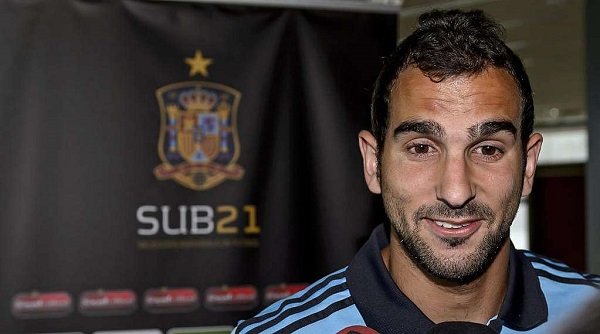 Paris Saint-Germain full back Martin Montoya has stated that he is relishing facing his former club Barcelona in the UEFA Champions’ League final in Lisbon.

Montoya joined PSG from Barcelona in the summer for £6 million after falling behind the pecking order to Dani Alves and Adriano.

PSG eliminated AC Milan 6-0 on aggregate in the semi-finals meanwhile Barcelona defeated Bayer Leverkusen 6-4 over the two ties to set up the final.

Montoya insists the final has delivered him a dream tie and that he’s excited to take on his old friends for the first time.

“I think a Champions’ League final is a very special occasion for any player but the fact we face Barcelona makes it the perfect match up for me.

“I’ve developed a lot since my departure so I’m keen to show a few familiar faces what I’m capable of doing now and hopefully I can help guide PSG to their first Champions’ League trophy.”

The 23-year-old has stated that he holds no grudges over his departure and thanks ‘Los Cules’ for his development, meanwhile assuring his focus is on winning the final.

“The game won’t be solely about me and with regards to my transfer, I have no reason whatsoever to feel I must avenge myself.

“I have nothing but appreciation and gratitude for what Barcelona have done to enhance my career and I still have very good friends there.

“Of course, once the ref blows the whistle, there will be no friends momentarily as I’m focused on success with my team but I will maintain a great relationship with Barcelona both before and after the final.”

Since Montoya’s transfer from Barcelona, the right back has been a mainstay at PSG, appearing 46 times in all competitions and scoring three goals, all of which came in April.
Login to Quote

MJK46
8 years
Good luck in the final!
1
Login to Quote