Bantams
8 years
What a great read this story has been! I thought he'd of gone Roma personally but good luck at Barca! 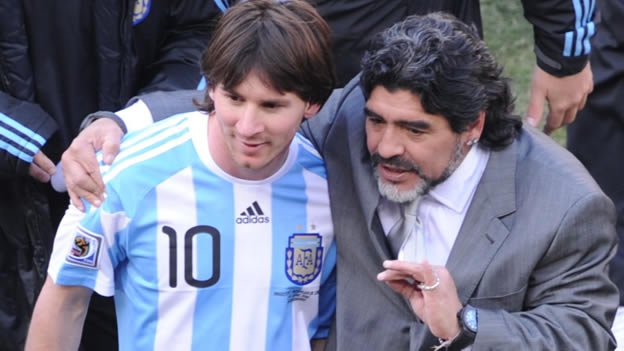 Barcelona talisman Lionel Messi has tipped Diego Maradona to succeed at Barcelona following his appointment as the new manager.

Messi, once touted as ‘The New Maradona’, now believes his former Argentina manager has all the capabilities to achieve the same success he had in France.

“I’m very confident ahead of the new season now that Maradona has come in. He’s someone I know very well both as a professional as well as in person and I have no doubts whatsoever that this can be a step closer to former glories.

“What Maradona achieved at PSG is often unrivaled in modern day football and I see no reason as to why he cannot do the same with us.

“He’s a hungry and passionate character, who at times hasn’t had too much luck when managing Argentina and Al Wasl, but I think he’s developed greatly as a coach and I’m very excited to work under him once more.”

Despite Barcelona’s below par performances last season, Messi continued his fine form when fit, scoring 46 goals in all competitions.
Login to Quote 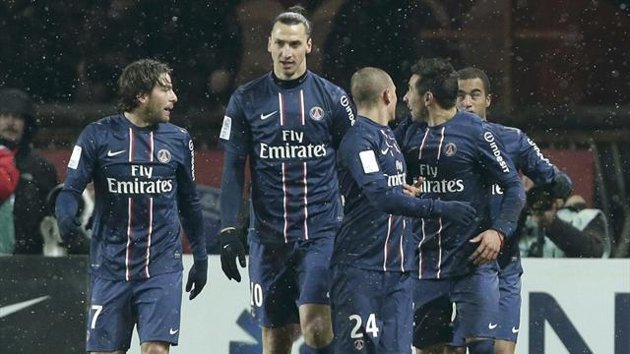 Barcelona manager Diego Maradona could be readying up bids for his former players at Paris Saint-Germain, according to reports in France.

Maradona, who swapped Barcelona for PSG this summer, is keen on bringing in a few familiar faces to Barcelona, with 21-year-old Marco Verratti thought to be top of his shortlist.

Under Maradona, Verratti played a total of 43 times, 28 of which were starts, and it is believed that the Argentinian sees the central midfielder as the ideal replacement for Xavi Hernandez in the near future.

Verratti is expected to be fairly costly and any approach for the Italian is likely to be rejected by the new PSG boss, Andre Villas-Boas.

Ex-Barcelona full back Martin Montoya could also be a target for ‘Los Cules’, who currently have Rafael da Silva, Dani Alves and Adriano operating in the right back position.

The 23-year-old was a mainstay in Maradona’s first team and could see the Catalan club pay over the odds for the La Masia graduate after a poor first season in Spain for Rafael.

On the contrary to the first two, Barcelona’s board members and staff also have their own preferences over who should be Barcelona number one, with German duo Marc ter Stegen and Timo Horn still linked with the club.
Login to Quote

Nick
8 years
Verratti would be a very good replacement for Xavi, imo! Looking forward to the start of the season to see who you bring in!
1
Login to Quote

patrick1
8 years
whats your transfer budget? and will you be using your youth prospects also?

Verdinho
8 years
patrick1 - I've been given £40m and I plan on using around 4 or 5 youth players soon enough. I'm just waiting for the right time to introduce them
Login to Quote 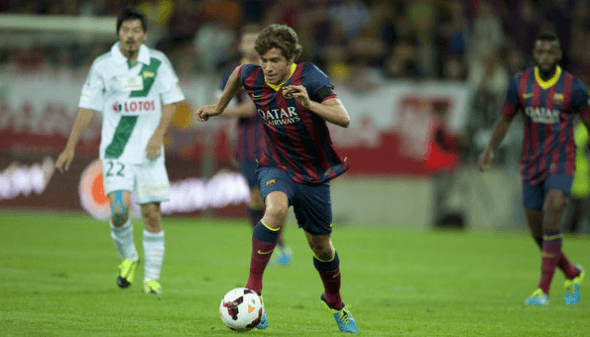 The young midfielder has one year left on his current deal and his unwillingness to renew is forcing the club to let him go.

Maradona has revealed the situation regarding the Spaniard is a delicate one and the decision to sell him has not been easy.

“I’m quite disappointed with the whole situation surrounding Sergi (Roberto) because he’s a player I would really like to keep.

“He’s a hungry young man seeking game time and I understand that he is more likely to get minutes at another club so I will respect his choice.

“Unfortunately, I need to sell him while I can and think from a business perspective. We can’t lose him for free this time next season so we have to be open for negotiations with other clubs this window.”

Roberto was regarded as an eventual replacement for the ageing Xavi Hernandez but his potential transfer could see Maradona make a move for Paris Saint-Germain star Marco Verratti.

Atletico Madrid, Arsenal and Liverpool are all thought to be keen on signing Roberto in the summer transfer window.
Login to Quote

No1VillaFan
8 years
Well if they wont sign then what do they expect!
Login to Quote 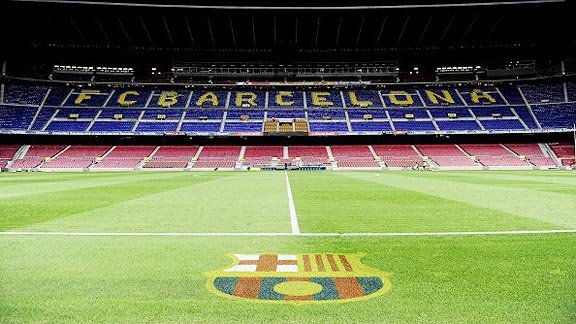 Barcelona boss Diego Maradona has begun completing his first pieces of business as Barcelona manager with the departures of 13 players.

Victor Valdes, Ibrahim Afellay and Isaac Cuenca are among the names making their way out of Camp Nou upon Maradona’s arrival.

Valdes will leave Barcelona by choice after confirming at the start of last season his desire to finally quit Barcelona after 16 years.

His number two Jose Manuel Pinto also leaves Barcelona for the same reasons at the age of 38 after seven seasons with the club and is also followed out by Jordi Masip, Kierrison, Jordi Quintilla and Oier Olazabal after being released.

Afellay joins FC Basel for £4.8 million after spending the past season on loan with the Swiss champions, replacing Chelsea’s Mohamed Salah.

Cuenca also departs after failing to live up to the billing at Barcelona, joining Olympiakos for £1.5 million following an unsuccessful loan spell with Ajax in the Eredivisie.

One man who did have a successful spell in the Dutch capital was Bojan Krkic, scoring 12 league goals for Ajax and earning a move from Barcelona to Shakhtar Donetsk for £4.1 million.

Four of Barcelona’s departures emerge from their B team, as the likes of Agostinho Ca, Javi Espinosa, Dani Nieto and Edu Bedia all leave.

Highly rated Espinosa has departed to Romanian side FC Brasov for £300,000, meanwhile Bedia joins Malaga at the age of 25 for an undisclosed fee.

Sporting Lisbon graduate Ca failed to have the same impact as he did in Portugal and will now join the recently relegated Elche for £275,000 as Dani Nieto completes a £250,000 move to Rayo Vallecano.
Login to Quote 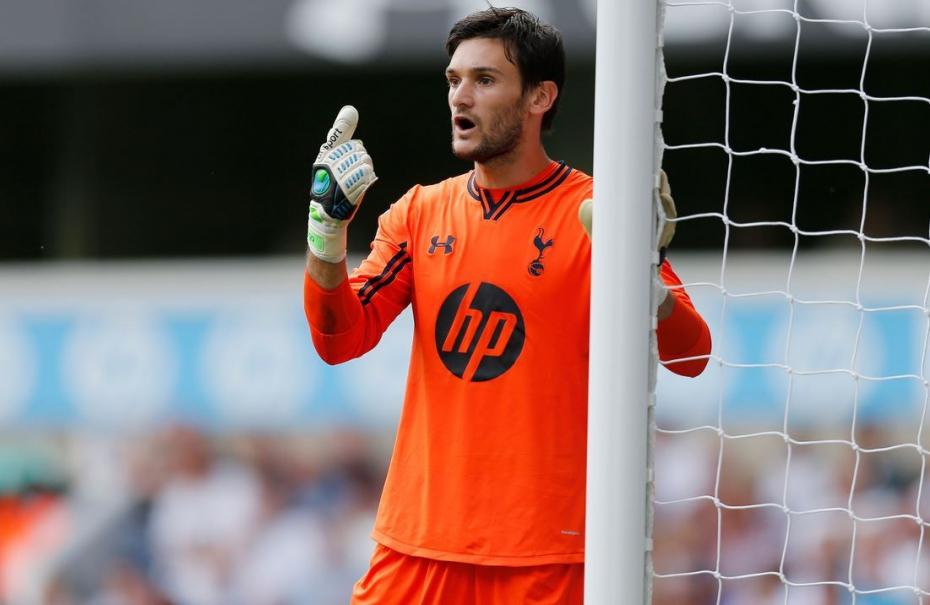 The Catalan club are in desperate need of a goalkeeper and Lloris has now emerged as Barcelona’s main transfer target.

Now managed by Diego Maradona, Barcelona will have to spend big if they are to have any hopes of luring away the France number one.

However, after missing out on UEFA Champions’ League football once again, a move to the Spanish giants may prove to be too tempting for Lloris and increase Barcelona’s chances of signing him.

New Spurs manager Luciano Spalletti is himself chasing a goalkeeper after the club released Brad Friedel and Heurelho Gomes, leaving 21-year-old Jordan Archer and Lloris as the only keepers remaining in the squad.

Tottenham have been rumoured to be pondering the idea of adding a keeper to their squad, with a move for Reading’s Alex McCarthy looking very likely.
Login to Quote