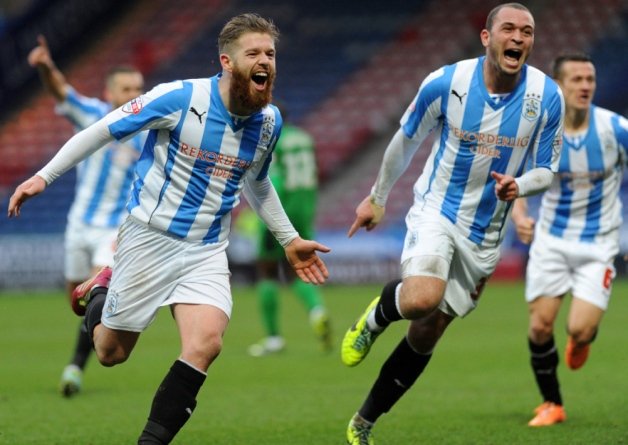 Huddersfield celebrate with there late show against United

It is plain and simple, Manchester United missed Steven Naismith! If I thought I would have ever been saying that sentence I would have laughed in your face because it looked like he was just going to be another middle of the road Scotsman like most of them in the Premier League but this month saw Manchester United drop points against both Huddersfield and Cardiff.

The month started off in brilliant style with a 4-1 victory in Russia. There is a lot of diplomatic issues in Russia at the moment and we were and are surprised that matches can still be played there but Naismith, Clyne, Mirallas and Rhodes got the goals to give us a much needed boost in the Champions League.

The Huddersfield match could not have gone any better for 85 minutes without Naismith. Candreva, who again was excellent and Wilfried Bony looked set to win yet another game for United, but Huddersfield have had a never say die attitude this season and in Adam Hamill and Lucas Neill from two set pieces claimed a priceless point for them and its two dropped points for United.

Lightening struck again 7 days later when 2-1 up at Cardiff, with Naismith still injured Stones and Van Persie had gave United the lead after United target Steven Caulker sent Cardiff infront. Man Utd dominated and bombarded the Cardiff goal but you sensed late in the second half they would get nervous and they did. Ginter, who had been excellent gave away a free kick in which Joe Mason blasted home! United had given away a late goal again. 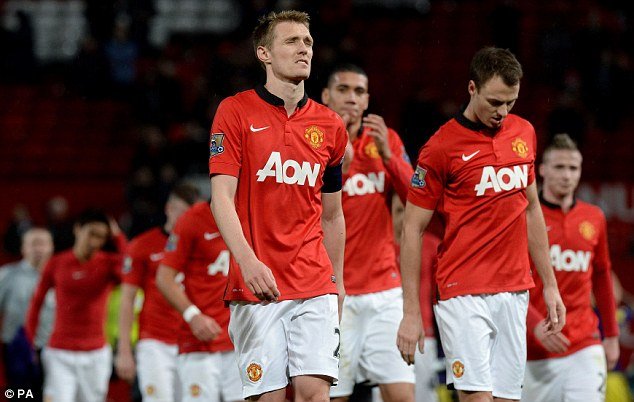 United throw it away again against Cardiff

Still Naismith was out injured when United, last season's Champions league finalists came up against Monaco and again United were the better team and on the 25th minute Kevin Mirallas who looks at home int he Champions League gave them the lead with a sublime shot after good play by Alhadhur down the left. It was getting late in the second half again and Monaco had done nothing all match but Rodgers made a catastrophic decision to put on a 3rd centre back.

Monaco then pushed and pushed with United seemingly dropping deeper and deeper. On the 84th minute Falcoa had a perfectly legitimate goal disallowed and United must have thought it was there day but they were wrong and Falcao was not going to be defeated and he scored on the 87th minute to become the third match that United had gave away points which meant they were still in 3rd place in the Champions League table.

They then played Swansea next and Rodgers, who was hoping Naismith would be back for the Liverpool match in the Capital One Cup named Wellington Nem as captain Robin Van Persie's strike partnership and they were peppering the goal all game but at half time it was 0-0. The second half whoever was better and on the 48th minute Van Persie got the goal that United deserved. On the 63rd minute John Stones got slightly injured and Vlad Chiriches came on but United, who had not held on to a slender lead for 3 matches had to do it again. This time though it was no problem at all and the defence were really, really good. It leaves United lying top of the table still yet to be beaten. 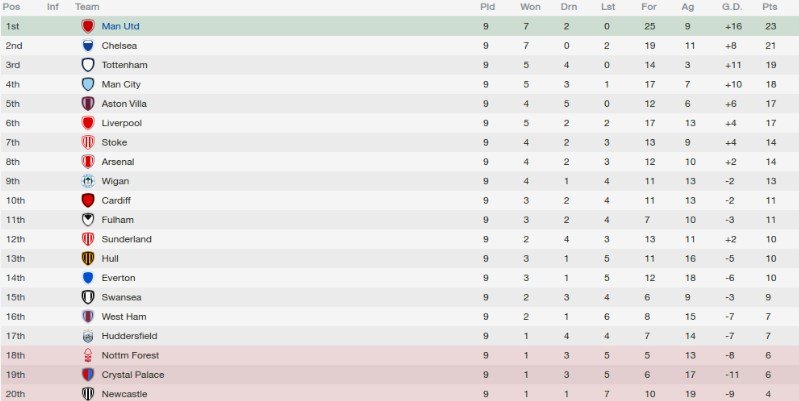 United are top from Chelsea and Spurs but its the disappointment of Everton and Newcastle that is the down side to the season so far.

The last match for United this month was against Liverpool, a team who they defeated 5-1 in the Premiership and Guus Hiddink named his strongest side and told the press they were going to beat United. Rodgers rested the likes of Van Persie, Townsend and Eriksen but Steven Naismith returned for the Red Devils. This match was an extremely tight affair and the only thing that decided it was a bit of magic by Suso. He got the ball from Borini, back after a really good loan spell at Sunderland he Suso thrashed the ball across the face of the goal at a reported 34mph and it hit the bar and went in. It was the only goal of the game and Liverpool progress to the quarter finals and United do not.

John Stones wins the young player of the month with his defensive partner Matthias Ginter in third place and Brendan Rodgers thinks things will get better again.


Well we are still undefeated in the Premier League and actually it is now 16 games in the Premier League that we have not lost in so I think we can really kick on this month but we need to make sure that we get better in Europe too and tighten up at the back near the end of games. If we do that will have a fantastic November!
Login to Quote

Feliks
8 years
well, that would have been a frustrating month, eh?
1
Login to Quote 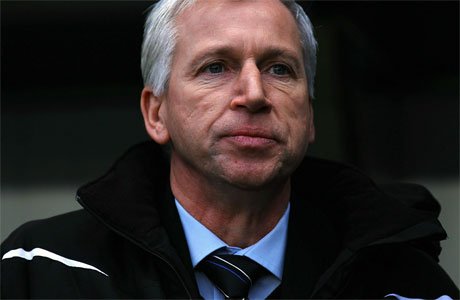 Newcastle United have lost patience with Alan Pardew and have fired the former Southampton man. Newcastle who last season were challenging for the title at one point finished 8th, a massive eleven points ahead of Villa is ninth and only nine points off the champions Everton.

But this season has not gone to plan and after spending just over £20m on new players including Danny Rose and Luuk De Jong, has paid the price for lying in twentieth place by being fired.

In a press release the Newcastle chairman Mike Ashley said. It is with great regret that the four year association with Alan has come to an end. he had 4 happy years here and I have backed him to the hilt and back in the transfer market but we feel that a new man is needed to make sure we are in the Premier League again this time next season. 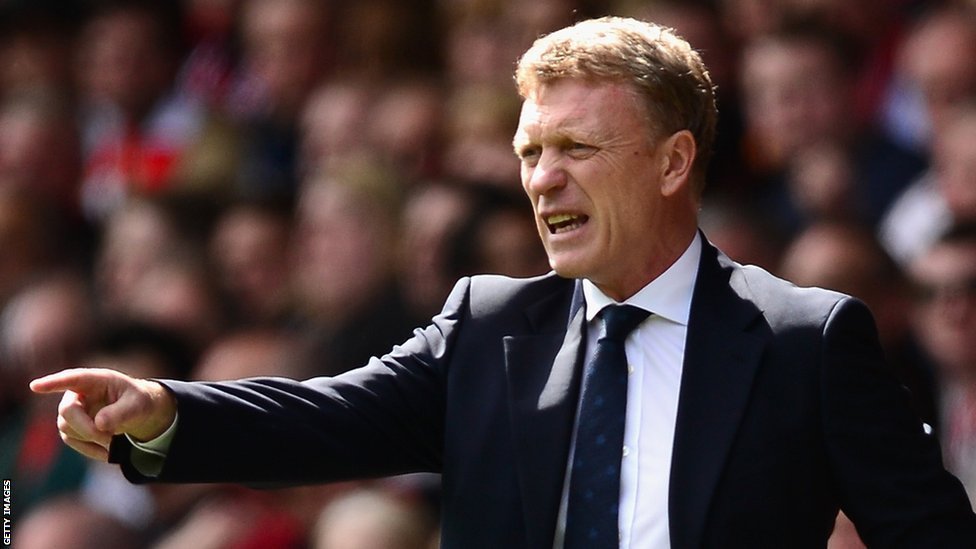 Moyes is in at Newcastle

The man that Newcastle believe can do that is ousted United boss David Moyes. The Scot who managed Everton and Preston before United has proved how good he is with Preston and Everton can not wait to get back to managing.

I have been out of work for a season now and I feel like I am ready for a challenge, Newcastle is definitely a challenge and I can not wait to get stuck in.
1
Login to Quote

This is being billed as the unmissable match because Manchester City manager Diego Simeone says that he knows how to beat Manchester United and Brendan Rodgers. He is going to man mark Naismith and Van Persie. 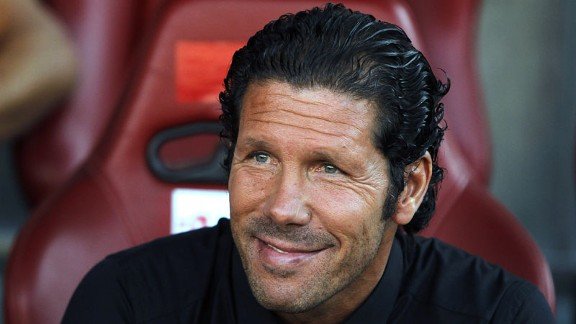 Simeone bullish about his team's chances

Manchester United are yet to lose in the Premiership this season and Manchester City have two losses already. If United want to win they are going to have to play over the defence because we have have fast enough defenders to show the two slow guys they have up front up! I do not want to just win, I want to annihilate Manchester United and show the fans who is the best team in Manchester. That was fighting talk by Simeone and Brendan Rodgers issued a response.

That is what you get from a Argentinian player! All talk and what I expect will be a lot of cheating and diving and trying to get as many of our players booked as possible. We are the better team and we have a very young but talented squad of players and I fully expect the players to do the talking on the pitch so I have banned them from talking to the press or TV until after the match.

This match is shaping up to be an epic, there are usually goals in this match and it was 1 win apiece last season but this is a whole different season and with Jordan Henderson likely to start for Man City since his big money move atleast Brendan Rodgers will know how to deal with him. We are going for a 2-0 win to Manchester United because they are the form team.
Login to Quote

Slid3Tackle
8 years
Destroy City for me mate!!
1
Login to Quote

No1VillaFan
8 years
AAN I will try
Login to Quote

That is what you get from a Argentinian player! All talk and what I expect will be a lot of cheating and diving and trying to get as many of our players booked as possible. 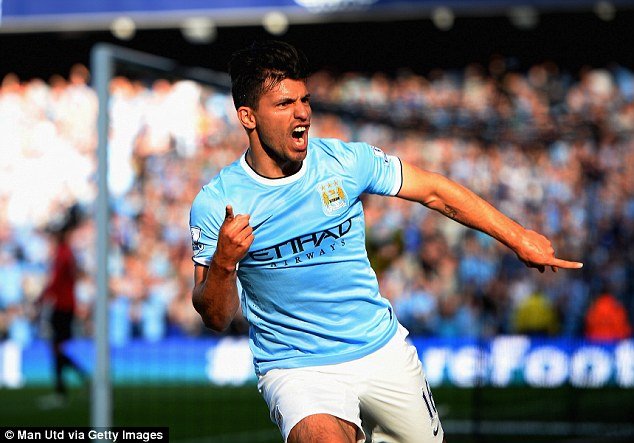 In a surprisingly one-sided encounter at The Etihad, Man City defeated, no thrashed Manchester United by SEVEN goals to ONE. The highlight of the game was undoubtedly a superb hat-trick from Man City's Sergio Aguero.

Man Utd scored the first goal after a shot by Steven Naismith hit the post and bounced off Joe Hart for an own goal in the third minute. Man City had equalised though within four minute when flambouyant winger Steven Jovetic equalised with a good header just inside the six yard box.

An error from Matthias Ginter allowed Jack Rodwell to score a powerful effort. Aguero scored with a placed shot on the twenty-first minute to extend the lead to 3-1 at half time.

Aguero added his second goal of the game with an accurate finish from some distance on the sixty-fifth minute and and error from Buttner allowed Aguero to get his hattrick with another placed effort and United were on the ropes.

Fernandinho then got Man City's sixth goal with a good header from just inside the box and finally Kevin Mirallas made a catastrophic short back pass to allow Fernandinho to finish off the scoring off the frame of the goal and give City an massive 7-1 victory.

After the game, even though it was United's first loss in 18 matches some fans on social networking sites were giving Brendan Rodgers death threats and saying he should be fired. It is understood that his house in Manchester had a brick thrown through the window with a note saying 'We are watching you and your family' But we will bring you more on this if we get it.


@Justice Thanks mate but we needed more than luck