InvertedWingbacks
8 years
Interesting angle there! also pretty crazy that 8/10 of his cards came from the same ref...well written as well mate, keep it up 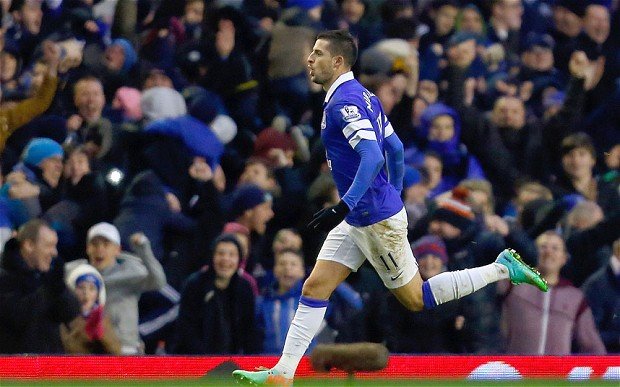 Man Utd goalkeeper David De Gea then summed up his team's awful performance by nearly gifting Everton another goal on the 67th minute. An error from Manchester United's ex-Everton player John stones allowed flambouyant midfielder Matias Fernandez to score a real poacher's effort from 10 yards. Woderkid Gerard Deulofeu then added to the lead with a deftly executed finish from long range on the 76th minute.

Kevin Mirallas then completed the 5-0 rout on the 89th minute with a well timed finish from close range.

This is a day that United will want to forget and Everton prove that they are genuine title contenders.
Login to Quote

One Out & One In For United


Manchester United Football Club can today announce that Wayne Rooney has joined Barcelone for a fee beleived to be around £28,000,000. Rooney had been at Man Utd for ten years, but had become alienated by manager Brendan Rodgers. 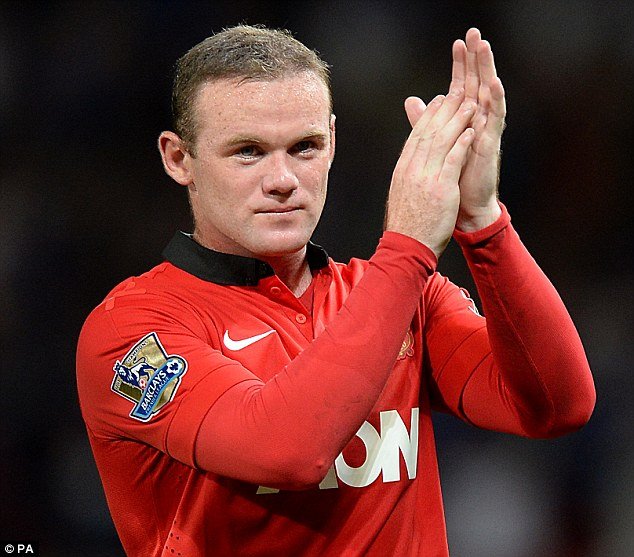 The former striker played for the club 284 times and scored 141 goals. Fans are said to be sad to see him leave but can understand why the management team decided to cash in on the striker. Barcelona Manager Geraldo Martino said that landing Rooney meant that they could try to hunt down Real Madrid in the title race and they are 4 points off at the moment. 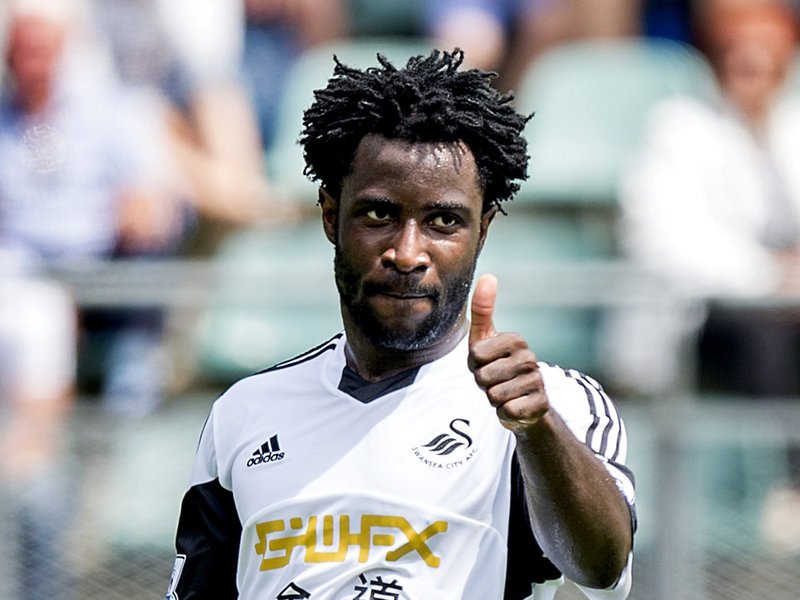 The player coming in to replace Rooney is former Swansea striker Wilfried Bony. The Ivorian has moved for £24m and is really looking forward to testing himself on the biggest stage of all, the Champions League. Brendan Rodger has assured everyone this is not a knee-jerk reaction to the heavy 5-0 away to Everton and thinks that United can still win the Premier League.
Login to Quote

Everton Spoil A Fantastic Month For The Red Devils 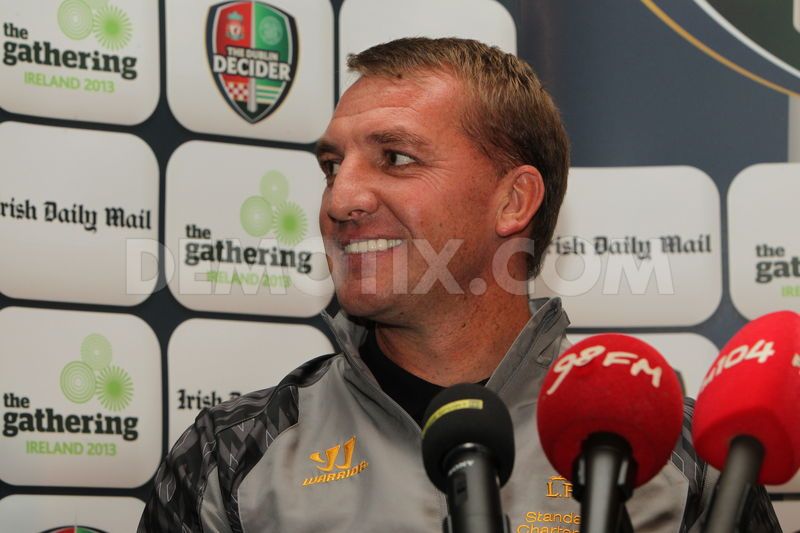 Man Utd had an awesome month of football until that frightful night in Liverpool. So what about the rest of the month? Well Cardiff were dispatched and Swansea failed to beat United too. 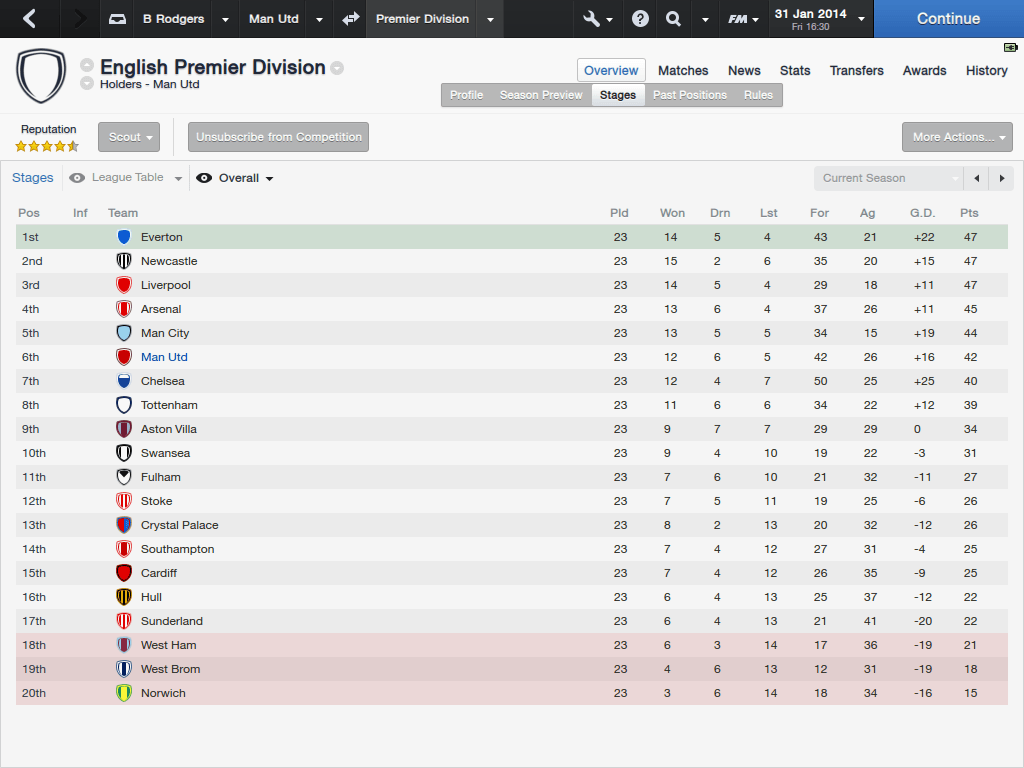 F.A. Cup Third & Forth Round

F.A Cup Forth Round 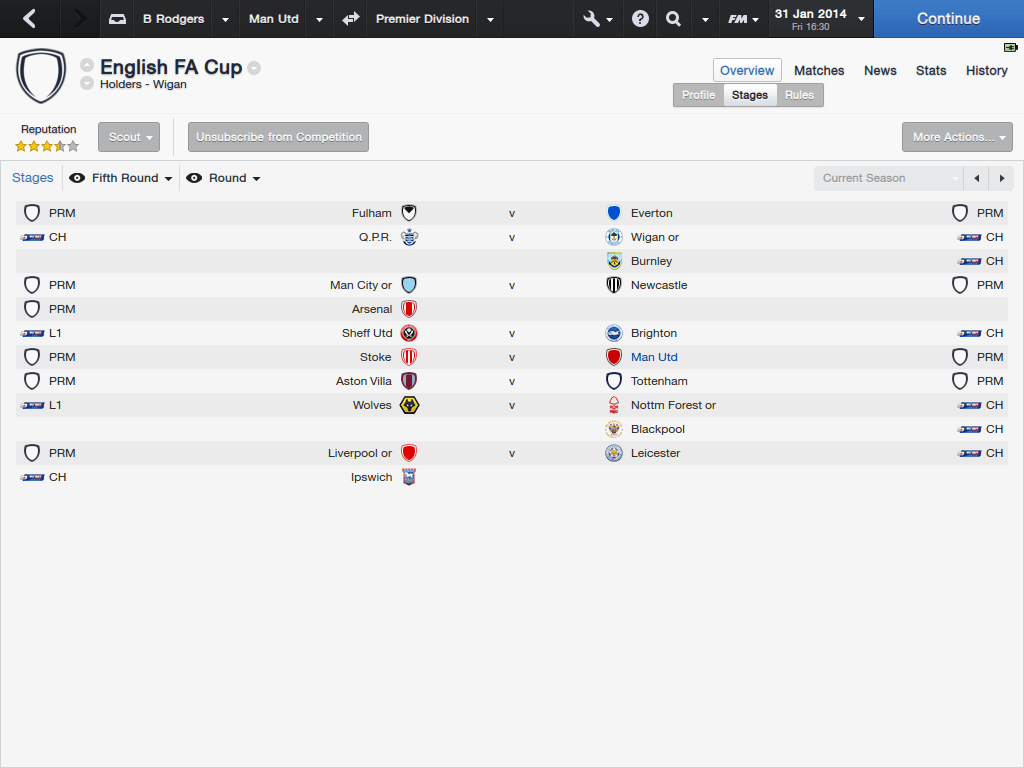 
Well it was brilliant until that awful Everton match wasn't it. We had such a great month, beating Cardiff twice and also defeating Swansea in the F.A Cup but Everton are having one of those amazing seasons.

We got a good F.A Cup draw in Stoke, but it could have been better. I do think we could win the cup this season and I still think the Premier League is a possibility. We are afterall only 5 points off the top. The top two are Newcastle and Everton. They have both had amazing seasons but anyone in the top 6 could win that title.

I want to give the shout outs this month to Buttner and Robin Van Persie. Naismith is back amongst the goals but its the Captain and the left back that have made the difference this month. I think Robin and Wilfried Bony could both play together with Steven in the side too but how it will work you will have to wait and see.

This is a pivitol month for Man Utd as we have Ajax in the Champions League, Stoke in the F.A Cup and Spurs in the League. I think we will go unbeaten this month so watch this space!
Login to Quote

win the league and we United fans will forgive you haha

In my unemployment challenge, Caulker and Rooney both joined Real Madrid for a combined fee of £40 odd million... :L surprising lol
Login to Quote

No1VillaFan
8 years
NVD Thanks dude, Everton have been on fire this season and yeah I looked at Caulker but decided he was not ready for United yet
Login to Quote

Buttner: Is This A Joke Or What 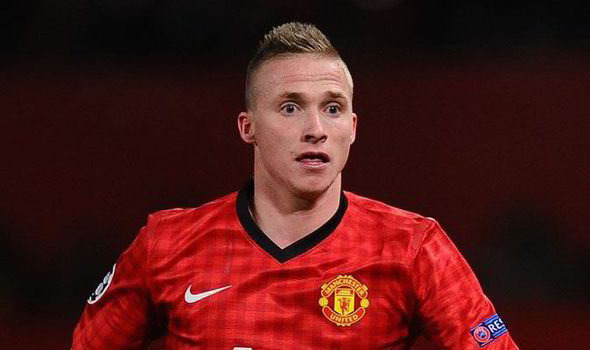 Marriner Sends Buttner Off This Time

When you win your first international cap, it should be a fantastic special occasion that you will never forget.

For Alexander Buttner though this is not the case. The 24 year old left back won his first cap against Croatia last week and the referee was Andre Marriner. In the 14th minute Ante Rebic raced past the Manchester United player, obviously tripped over his own feet but Mr. Marriner had other ideas and blew his whistle straight away and SENT OFF THE DEFENDER!!!. It was one of the worse decisions that had ever been made and there was a destinct smirk on the face of the English Referee. Even the young Croatian side all surrounded him to ask why.

This was meant to be a international friendly but Buttner had been reduced to tears because of this sending off is a long line of things that Marriner had done to him. Holland went on to win the match but we were able to interview Buttner and the referee had to be interviewed to because of the obligations to international football.

My sending off was diabolical! I did not touch him and everyone, including the Croatians, beleived that I did not either. Ante did not even appeal for it. This referee has got it in for me and I think there needs to be an investigation into this because it is wrecking my career.

Obviously Alexander Buttner was very distressed there and now we have the chance to ask Andre Marriner about this too and this is what he had to say.

I fully believe he deserved to be sent off. I do not know where he has got the whole 'I have it in for him' statement because that is so not true. I have gave him 8 yellows and 1 red card in the 11 matches I have been in charge of when he has been playing but I do not have to justify my decisions to you the media.

Andre stormed off then but in the 16 matches Marriner has reffed in he has only given out 30 yellows but averages 3 yellows a game for United. In our view he needs to be investigated.
Login to Quote 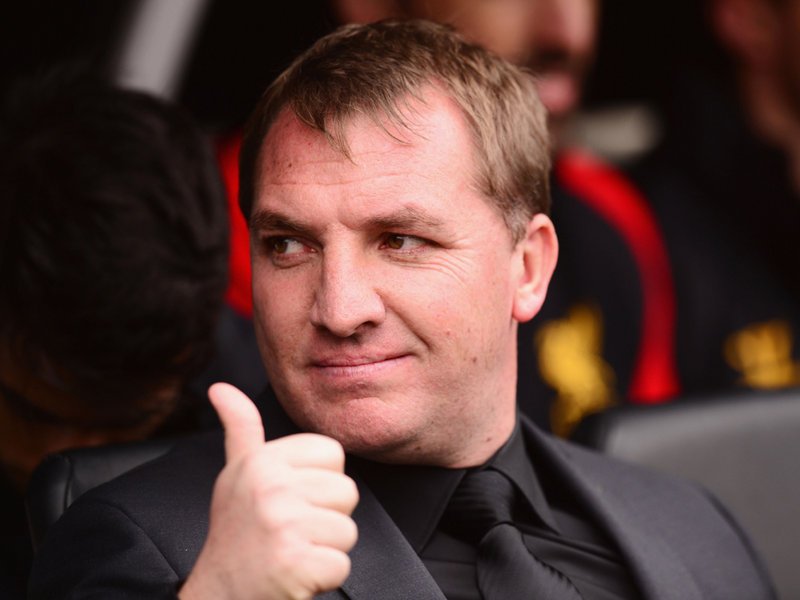 Brendan Rodgers has been rewarded with a new contract worth £92,000 a week over 3 years and Chairman Ed Woodward is thrilled that Rodgers has agreed to stay on.

I feel Brendan has shown fantastic commitment to the players and fans by agreeing to stay on. It is going to be a big boost to everyone at the club.

In an interview at the training ground Rodgers and Van Persie seemed just as delighted that the manager is staying.

Rodgers himself said I am so happy that I can help this club reach where I want them to reach. We will win the League, Champions League, League Cup and F.A. Cup while I am here. I have the squad hungry enough to win it too.

Van Persie said This is going to be exciting and I am glad to be leading the team. Brendan really works hard on and off the training ground and next season, IF we do not win the title this season will be our season!
Login to Quote

Where Do United Go From Here? 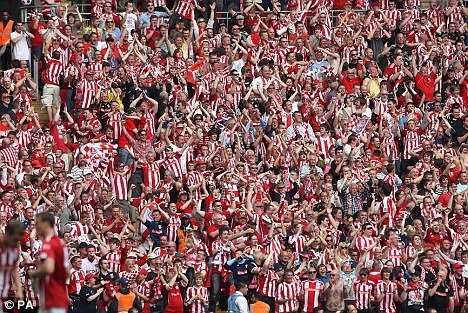 It is safe to say its been another interesting month again this month for Man Utd. They had a great beginning to middle of the month but it all fell apart in the F.A. Cup matcha gainst stoke but it was a thriller! 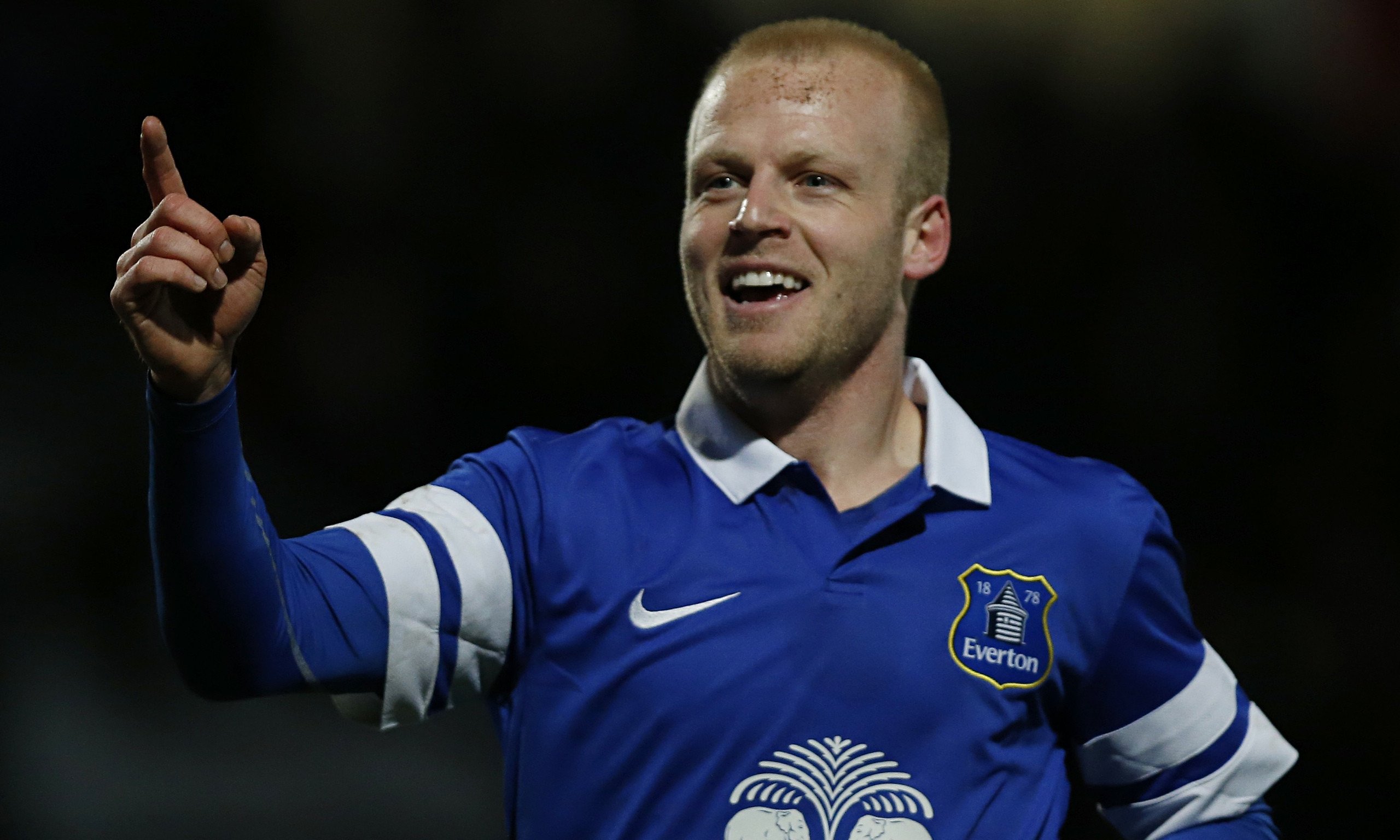 Naismith bagged his 15th and 16th goal this season against Ajax

The Champions League looks like there best bet for a trophy this season and when Steven Naismith destroyed Ajax in the first leg away from home on his own they should at least get into the quarter finals. 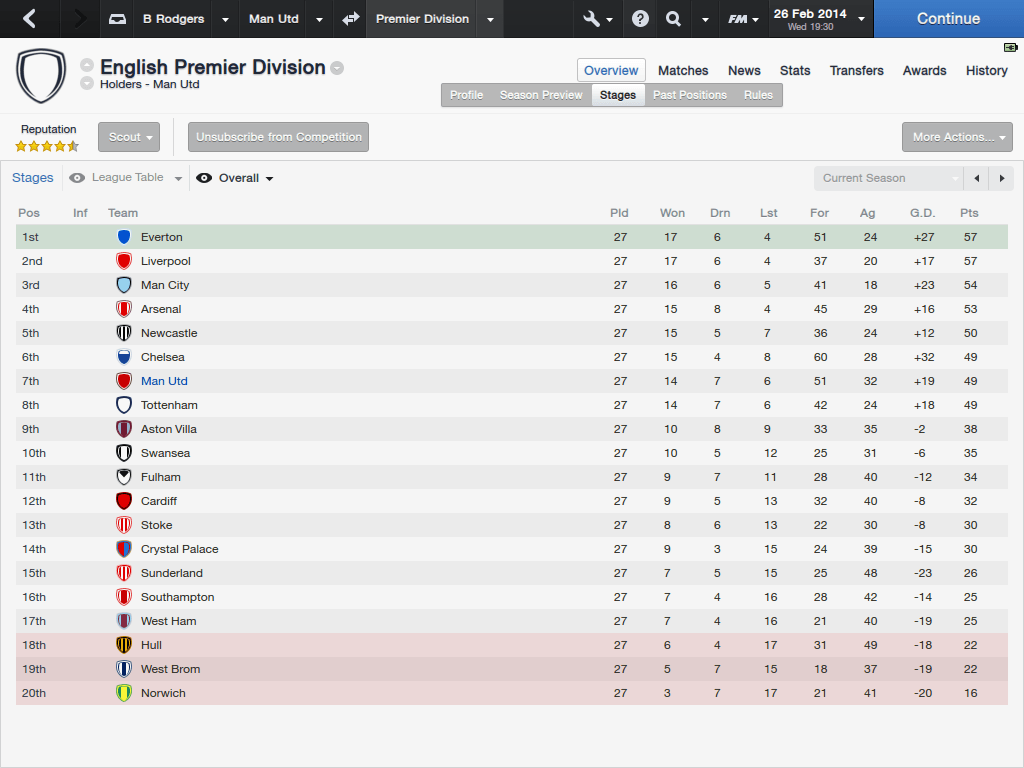 
I am very happy with this month. It is a shame we have lost in the F.A. Cup and the fact we are seventh in the league is not that great either but we are only 8 points away from the leaders Everton. They genuinely look unstoppable at the moment and it would be such a big thing for a team who have not won the Premier League to win it for the first time since its introduction.

We are in control of the Champions League tie against Ajax however and I would be very surprised if we did not get into the quarter final of that competition. I also have NOT given up the hope of winning the Premier League and I think if we can pick up the form and my main players can come back from injuries as if they had not been away then watch out Premier League!

My shout outs this month go to Robin (Van Persie) and Sandro. They both had solid months and also to Nathanial Clyne for getting his first England call up.

Adnan Januzaj has also came out and said he will wait until he is eligible to play for England before playing international football. He is one of the biggest talents in England and I am sure that he will get into the England squad.
Login to Quote


Brendan Rodgers usually keeps his cards on who he wants to sign but today he did the opposite and stated that he was intending on raiding Everton again in the Summer. 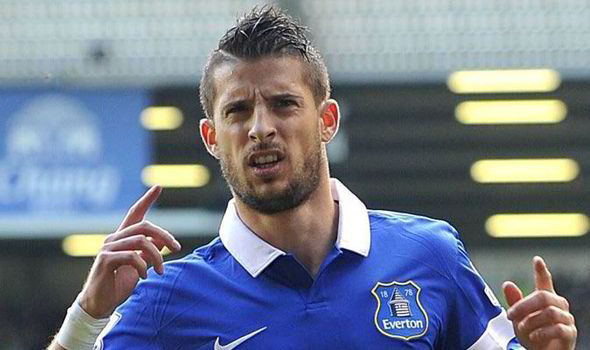 Rodgers has already signed John Stones and Steven Naismith last summer but now wants to bring two more names to Everton and a third is on loan there. Kevin Mirallas has been in inspired form this season hitting 5 goals and grabbing 6 assists in the 25 games he has played for them this season. When he was asked about Rodgers comments he did not say he was not interested.

I will definately have to sit down and consider my options. We are top at the moment which would mean continental football for Everton next season but everyone dreams of walking out at the theatre of dreams and I think I could command a first team place there. 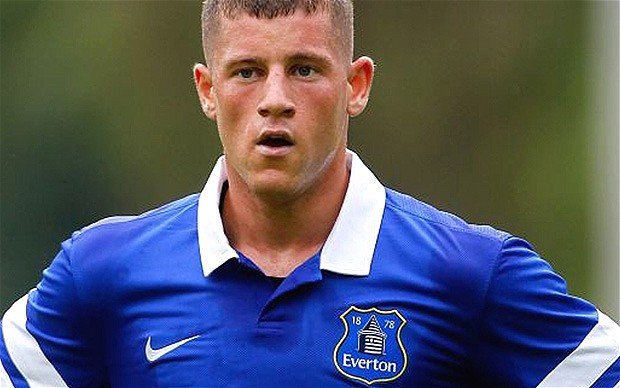 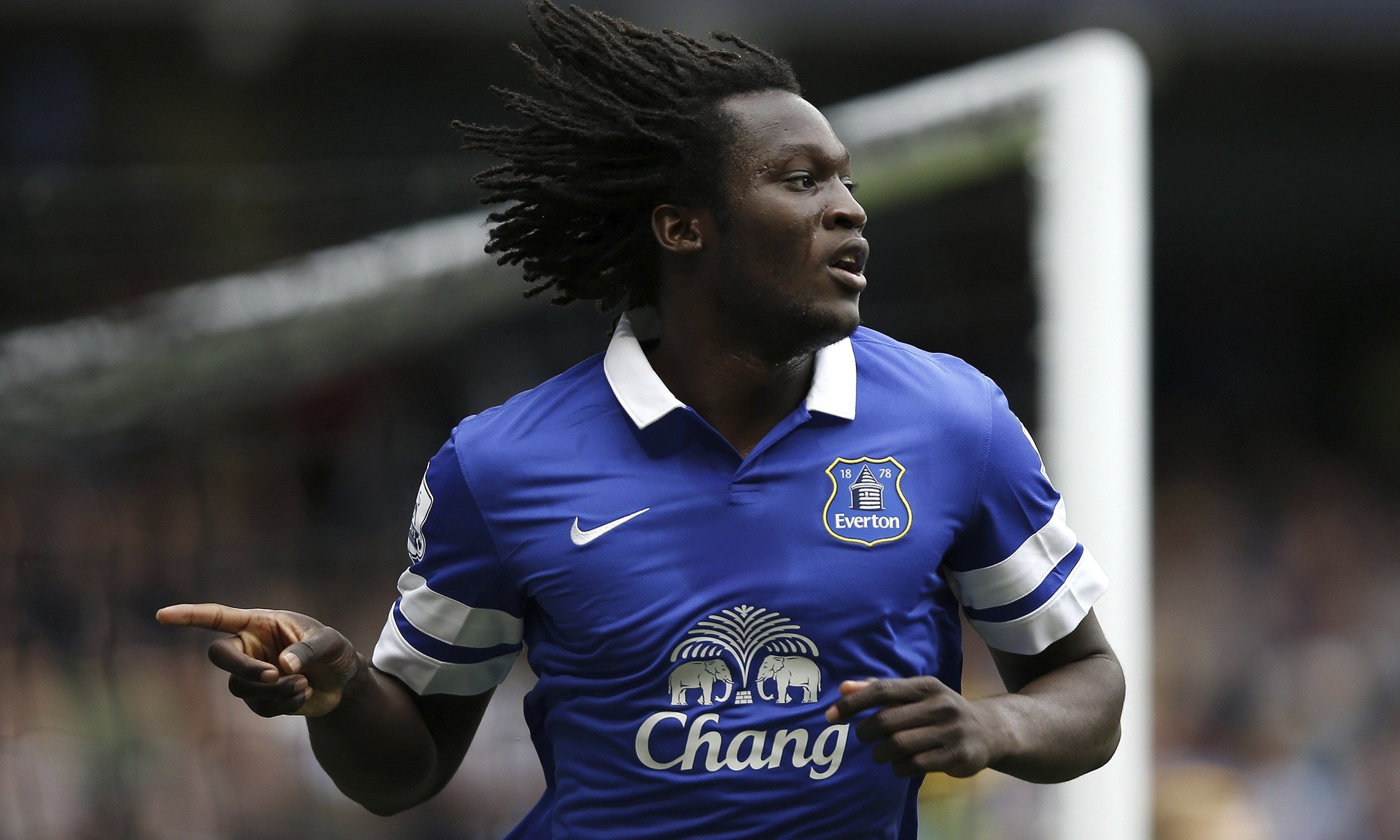 Would Chelsea want to sell Lukaku or would Lukaku WANT to move?

The third player is Romelu Lukaku. The striker has 22 goals in 26 games for Everton this season and it is understood he is the number 1 target for Brendan Rodgers. It could mean the end of Danny Welbeck's Manchester United career as it is understood he will be used as bait for the Lukaku bid. We will wait and see what happens but Rodgers is stirring things up already.
Login to Quote

NVDTahir
8 years
Great targets, and Naismith is on fire!
Login to Quote

Kevin Mirallas yesterday put pen to paper on a 4 year deal to start in the summer confirming that the Everton midfielder has signed for £27.5m which could rise to £34m based on performances.

The midfielder has been ever present this season for Everton but he was dropped for the Newcastle United match at the weekend and he was spotted watching Manchester United play Crystal Palace. He was introduced to the fans at half time when Manchester United slaughtered Palace EIGHT GOALS TO NIL.

He got a rapturous reception from the fans, who are looking forward to seeing him in action next season. After the match he explained why he chose to jump ship.

I spoke to Steven and John and really liked what I heard when I spoke to Brendan Rodgers. I think Brendan is goin to take this club far and I can not wait until next season but I have a job to do for Everton first and I owe there fans a lot.
Login to Quote