Justice
6 years
Louis O., I guess I just have to prove you wrong!

Walter, give me time, I don't have much money to spend yet!

Our first month in League One was a very mixed one. Our first game of the season was away to Fleetwood, where a Euan Smith brace secured the win. Smith came to the rescue yet again by scoring an extra-time equaliser against Charlton to take the COC tie to penalties, where we ultimately lost 9-8. A draw and a loss brought the mood down before Smith scored yet again against Crawley in a surprising win. We then stunned Bristol City by drawing against them at home to finish the month. I'm pleased with our results so far. We haven't lost too many games which is always positive. 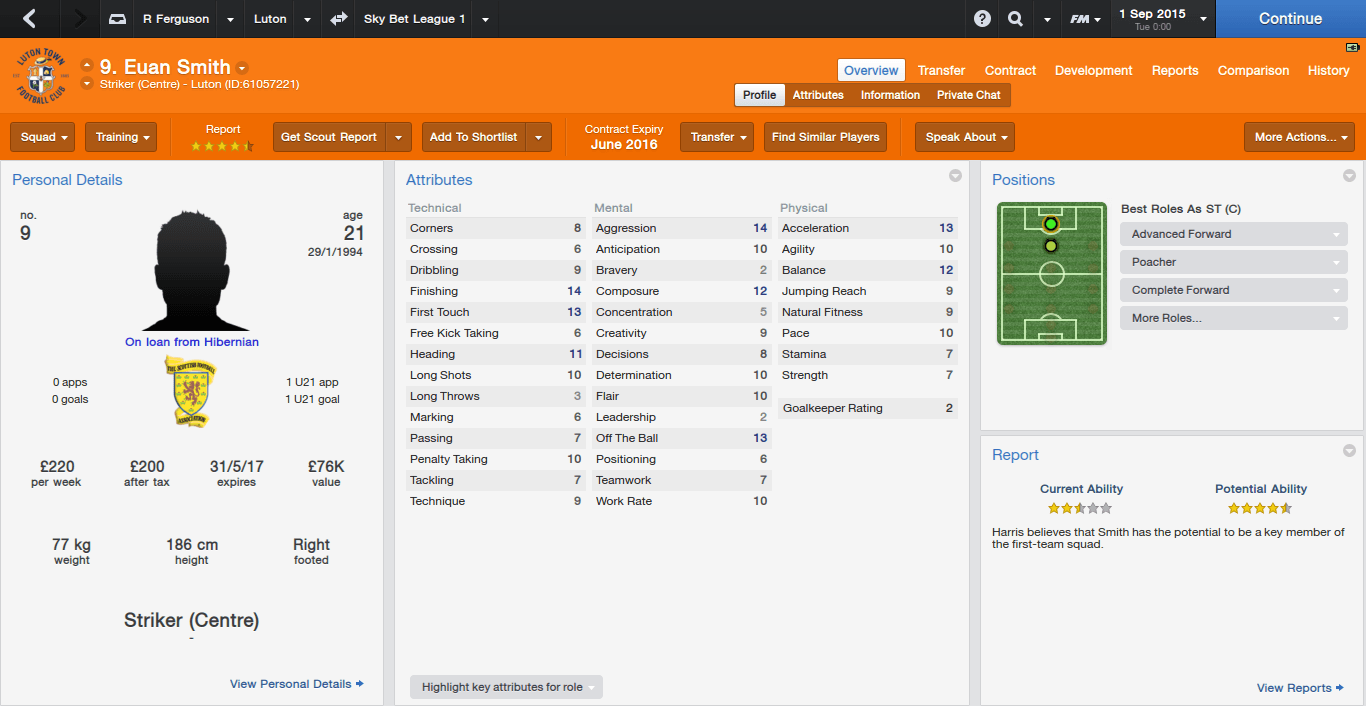 Guess who, it's Euan Smith! He has returned back to the club on loan again and returned back to his amazing form. Not many strikers can make such a great impact season-after-season, but Euan has scored six goals in six games. He has been lethal so far and has really helped us settle in to the new division. 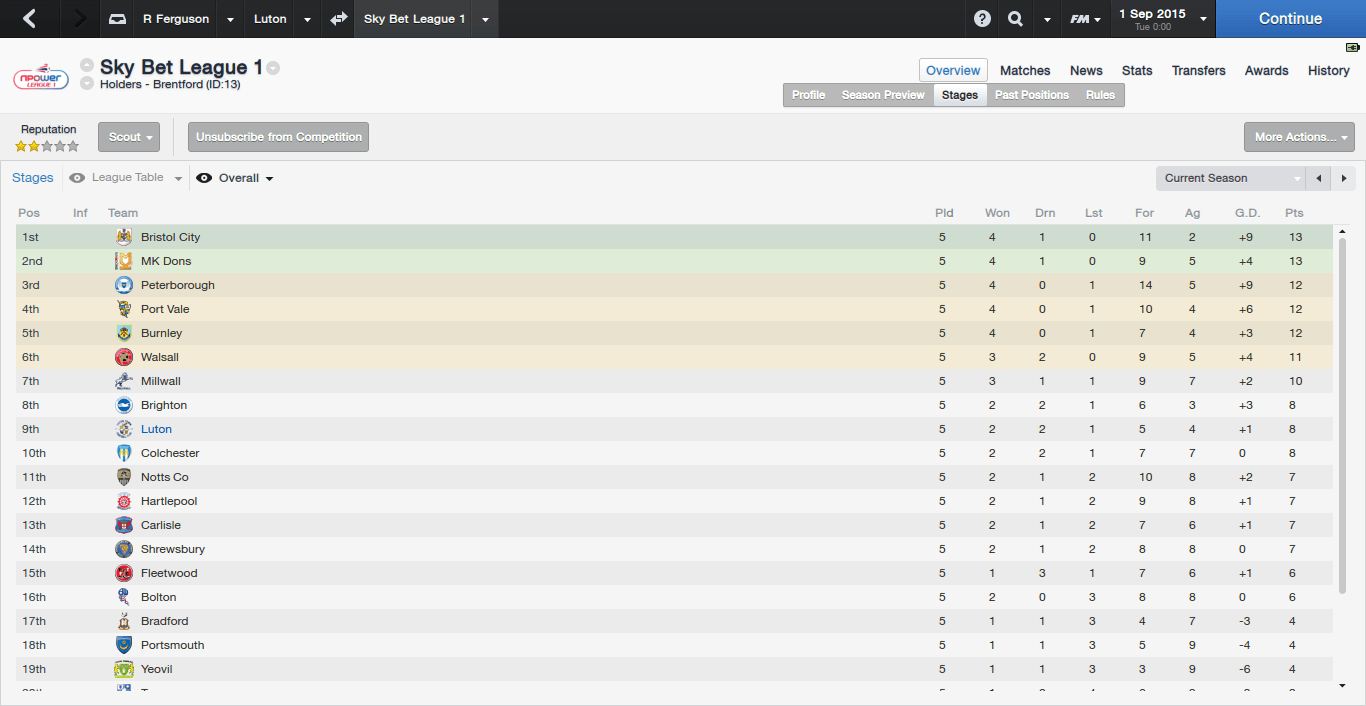 We have twelve games to play over the course of the next two months. Every single game will be a tough one, but hopefully we can pick up some points.


*NOTE* I will be releasing one update per day for this season, all will be monthly updates. The reason for this is that I honestly can't think of any non-FM updates to post for this season. However, no need to worry, I have around 15 non-FM updates written up for the pre-season of next season already!

Seb09LFC
6 years
Euan Smith!!! Seems like a legend for you! Look like your gonna have another great season Good luck
1
Login to Quote

Arch Mon
6 years
Great signings (especially money for value wise) and belated congratulations on promotion! Tough preseason - maybe a little too ambitious but hopefully you made some good money at the gate. It didn't seem to hurt moral too much as you had some solid results early season. Good luck in League One!
1
Login to Quote

Rablador
6 years
Decent start to life in League One, but I'm sure you can improve. And what was that you joked about Paul Ince and MK Dons, eh? HA!

Rablador, you just wait and see!

Specialist in success
6 years
Love this series, keep it up!
1
Login to Quote

Specialist in success
6 years
Justice, I think you ought to have used Andre Gray more, I used him on handheld for Luton:

He was a beast, he scored when he wanted and got golden boot
1
Login to Quote

pompeyblue
6 years
Great signings and a solid start to the season too!
Glad to see Euan Smith has made the step up into League 1 easily, was their ever any doubt though?

Jer
6 years
I think it's a decent start to League One, with Smith on a roll!
1
Login to Quote

I did use Andre Gray as a bit-player but for me, he was never anything special. Besides, if it wasn't Montano bossing it up front, it was Smith so Gray never would have had a chance of starting.

pompeyblue, never a doubt at all, thanks!

Pauker, yes he is!

captainbrickarms
6 years
Just read the entirety of this story and it is a very nice read :), Euan Smith is clearly a very good striker.
on a sad note, how are Brighton in league 1 !?!?
1
Login to Quote

Bantams
6 years
Not a bad start at all to life in League 1, Euan Smith's proving that he can hack it at every level so far! Tricky fixtures coming up but with Smith in red hot form anything is possible

We opened September with a win over Bradford before suffering a defeat against a very strong Burnley side. We then won eight and drew one of our next nine league games, but we also lost to Millwall in the Johnstone's Paint Trophy, not that I cared about that competition much anyway. We did lose one final match over the course of the two months, away to a brilliant Brighton side which featured the likes of Kuszczak, Upson, Richardson and Frimpong. I'm delighted with our results over the two months. We played fantastic football and thoroughly deserved our results. 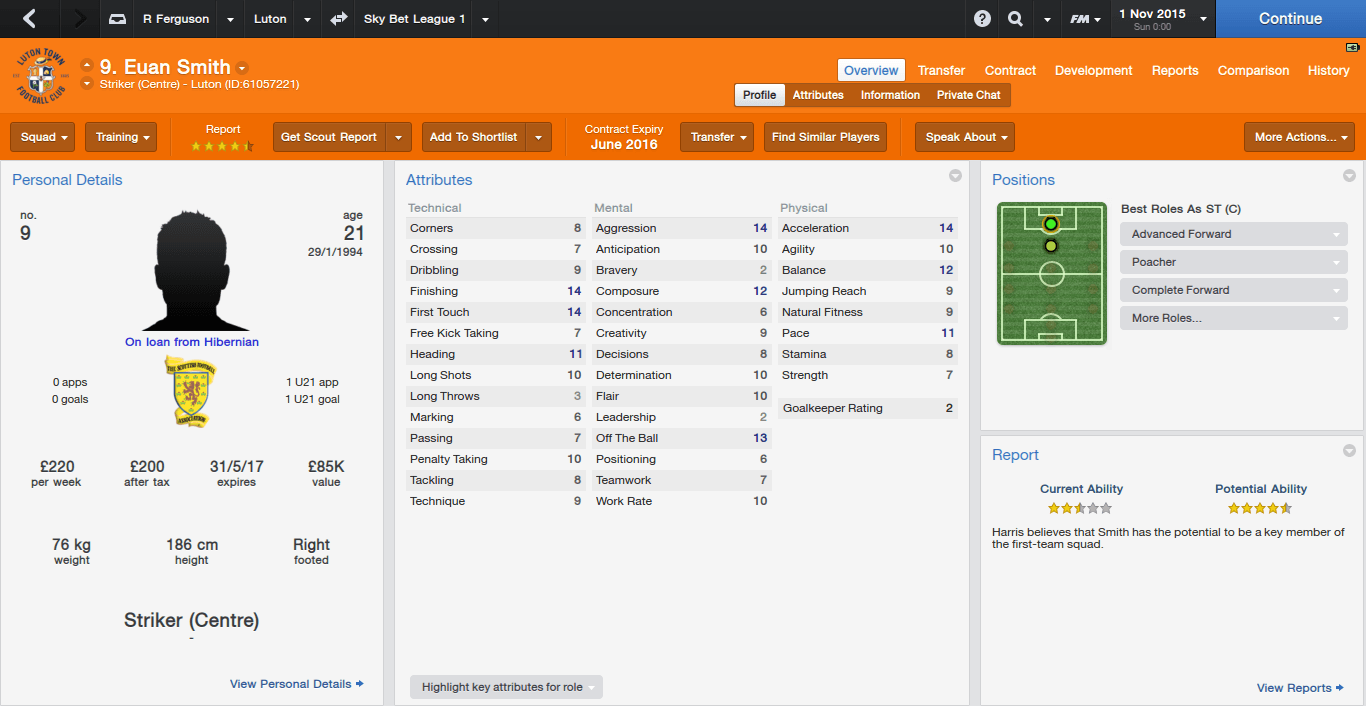 Euan Smith takes the praise yet again. The on-loan striker scored seven times over the past two months, which is outstanding. He has been sensational for us this season, once again, and is deservedly the league's top scorer. 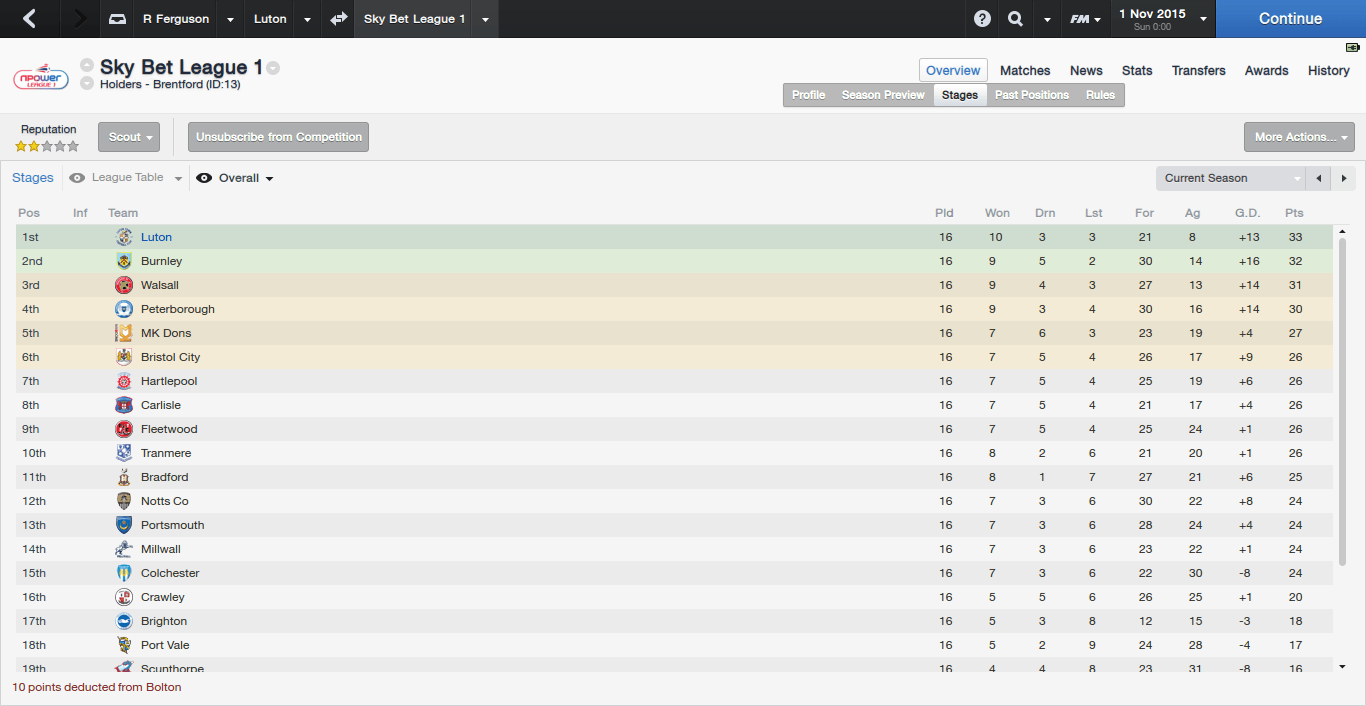 I don't know how we did it, apart from our sensational run of form, but we have climbed to the top of the league in amazing fashion! Thirty-three points from sixteen games is sensational and is fantastic for us, a team tipped for relegation. The stand-out stat that has lead to our sudden rise in the league table is that in sixteen games, we have conceded just eight goals. This shows how solid our team is under our new tactical regime. They've been superb.

We play a total of nine games over the next two months, including an FA Cup tie against Oldham (League Two). Hopefully we can come up with some good results to keep us around the top end of the table.

I was offered a two-year contract extension at the start of September, and I wasn't going to say no to securing my future at the club until 2018. Hopefully I'll win plenty more trophies at the club!