Oz96
7 years
joethequin: Thanks a lot mate!
Login to Quote

Aaron
7 years
Well done for smashing the Toffees on the first day lad. Shame about the Crystal Palace game, but well done to pick yourself up against Hull. Just need that final finish really to scrape those last ditch wins

Oz96
7 years
AaronHJFT96: Thank you for the comment but you will be surprised and happy to see the rest of the season.
Login to Quote 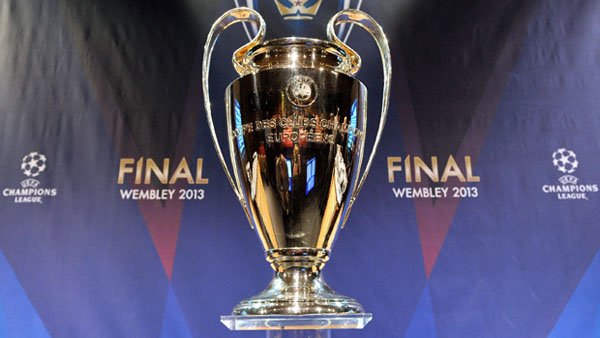 UEFA held 2014-2015's Champions League draw today at Monaco, France and Premier League runner-up, Liverpool have been handed a very tough group, which some dubbed as 'Group of Death' with La Liga runner-up, Barcelona and the champions of Ligue 1, Paris Saint-Germain and lastly, the Scottish champions Celtic.

For Liverpool, there is hope that Sami Hyypiä, the new manager, can go qualify to the knockout phase through the group after a six-years drought from the competition.
Liverpool reached the competition finals twice under the Spanish manager, Rafa Benítez, and played A.C Milan on both occassions yet won it only once after an unbelieveable 3 goals comeback from being 3-0 behind in half time.

Earlier this season in Liverpool's annual press conference, Hyypiä responded to a question regarding his expectations, claiming he plans to reach the quarter-finals of the competition however it is now doubtful than ever.

Hyypiä sounded pretty confident in a press release to the site despite the incredibly difficult group his team has drawn:
"I am aware it is probably the worst draw we could have got however I have confidence in my players who will play their football as usual and will deliver the needed results to qualify. The teams we have drawn are very big clubs with long history, national and continental and it would be a great honor to face them in home or away games, and I am looking forward to it."

Joe
7 years
Really nice update mate, but that is a tough group, no doubt you'll get out of it.
Login to Quote

Oz96
7 years
joethequin: Thanks for the comment, appreciated. And you will see soon!
Login to Quote

Deleted
7 years
Very hard group especially if you slip up against Celtic!
Login to Quote

Xander
7 years
That is one of the toughest groups I have ever seen! Good luck getting out of that one alive :p. But a really good set up and I will continue to follow this story
Login to Quote

Oz96
7 years
xander_dunlop1: Thanks man and I know but my team is awesome.

Liverpool enjoys five wins out of five matches in all competitions Coutinho celebrates another goal at Anfield this season against The Citizens

Liverpool faced the team from the 15th place, Leicester in another away game at King Power Stadium in the presence of a little less than 30,000 fans in a breezy day.
Liverpool has had a decent start to their Premier League campaign with two wins and a draw, scoring five goals and two goals conceded, however this match against Leicester was the signal for a great month of The Reds while the opponent, Leicester came with a home draw against Pochettino's spurs in first match of the season, a heavy defeat against West Bromwich Albion and lastly a 2-0 win against Sunderland.

A lovely highlight by the players of Hyypiä earned them the lead in the 28th minute with a close-range shot by Coutinho, assisted by English striker, Daniel Sturridge with a short pass from within the box.
The Reds did not fall back despite the lead and kept attacking to ensure the victory with another goal but could not finish, which made the game pretty dull for the rest game.
Then, the score was doubled almost fifty minutes later in the 77th minute by Brazilian midfielder, Lucas Leiva pushed in the ball from the 5m box after a good corner of Adam Lallana.

28' - Adam Lallana has the ball of the left side of the box with Albrighton and De Laet, he passes back to Jose Enrique who moved the ball to Henderson, into Sturridge who can shoot but he passes to Coutinho through Moore and Morgan, the defenders claim for an offside but Coutinho faces Schmeichel, he got to shoot...Goaaaaaaaaaaaaaaaaaaaaaaaaaaaaaal! Coutinho fired the ball in to the left corner and left Schmeichel helpless, 1-0 to the visitors!

77' - Adam Lallana lifted a corner into the 5m box of Leicester, Lucas is there and the ball reaches to him. A good chance for Liverpool and it's goal! 2-0 to Liverpool, Lucas Leiva beat Kasper Schmeichel.

90+3' - And the final whistle is heard. A deserved win for Liverpool who have the better side throughout the entire game, good evening!

Liverpool have begun their Champions League campaign against Celtic with approximately 44,000 fans in the stands of Anfield. However it is not the first game for the Scottish team who had to beat Strømsgodset IF, Zeljeznicar and FK Austria Wien in the qualifying stages of the competition to reach the group stage where they have been drawn with Barcelona, Paris Saint-Germain as well.

Liverpool have been the dominant team throughout the clash but could not win Celtic in a larger result than a 1-0. Overall, the match was quite boring with two outstanding events - one occured in the 20th minute with Liverpool awarded a penalty by the referee after Liam McLeod pushed Raheem Sterling in the box. The veteran captain, Steven Gerrard took the penalty and scored with a kick to the bottom left corner, a direction Celtic's goalkeeper jumped to but could not save the penalty.

The other remarkable event was Celtic's 33 years old midfielder who joined this summer for £325K, Diego Pérez' red card after vicious tackle when he hacked down Coutinho with two feet.
Besides these events, the game was quiet and dull without any events to be reported.

19' - Steven Gerrard crossed a free-kick into the box and Ambrose gets above Sterling to clear out the ball without a problem. The whistle is heard from the referee, he points to the spot kick and a penalty is awarded for Liverpool.

20' - Steven Gerrard stands 11m away from Forster, he will take the penalty kick. He runs to the ball and shoots, goooaaaaal! A very good penalty by the captain, Forster jumped to the left side but could not get the ball. 1-0 to Liverpool over Celtic!

64' - Diego Pérez takes Coutinho down with a dangerous foul and the referee whistles, he rushes to Diego Pérez. He digs into the back pocket and it is a red card! A justified decision by Pedro Proença.

90+4' - Proença finishes the game, a deserved win to Liverpool over ten-men Celtic.

Liverpool hosted a game at Anfield against Stoke City and nearly 44,700 fans were cheering the club from Merseyside who deservedly won the game with a goal of Rickie Lambert in the 53rd minute.

Liverpool came to the game with 10 points out of 12 possible and 3rd in the table while their opponent led the table with 10 points as well but a better goal difference, 8 goals scored and only one goal conceded, after 3-1 win over West Bromwich Albion in first gameweek and 3-0 win over Sunderland in the second. Stoke surprisingly won Chelsea 2-0 in a home game but had a draw without goals.

The only event worth reporting occured fifty-three minutes in the game when the English striker of Liverpool, Rickie Lambert scored a left-footed volley after a cross of Coutinho.

53' - Coutinho ran on the left wing with Trippier and centered the ball with a cross to the near post where Lambert shot in a volley and beat Begovic, 1-0 to The Reds.

90+5' The final whistle is blown by the referee, game is over with a win of Sami Hyypiä's players. They're on a run of five matches un-beaten in the league. Jerome Sinclair celebrates a first goals and a hat trick for the team.

It was the first game of Liverpool in Capital One Cup for the season in the 3rd round against Portsmouth with the youngster, Jerome Sinclair, scoring a hat trick in his second appearence ever for the senior team. 20,600 excited fans chanted the name of rising star, Jerome Sinclair, when he completed his first hat trick for Liverpool.

The blitz of Liverpool started in the 19th minute with the first goal out of three of Sinclair with a brilliant chip over Portsmouth's keeper, Paul Jones.
The second of Liverpool and Sinclair came in twelve minutes later when a cross of Spanish full back, Javi Manquillo, has found the young striker in the 5m box and he headed it in forcefully and went to celebrate with the thrilled fans.

The substitute, Rickie Lambert, has scored the third of Liverpool with a powerful header from a cross of Adam Lallana with his second assist.
Three minutes later and deep in the injury-time, Jerome Sinclar did it again and completed a fantastic hat trick when he pushed the ball in after Lambert passed to him with a head after a free-kick of Adam Lallana.

19' - First goal of the game! Adam Lallana flicked it to Jerome Sinclair who ran into the box and past Naylor, he chipped it over the goalkeeper and went to celebrate his first goal ever for Liverpool's senior team with the fans.

31' - Gooooooaaal! A pass of Jon Flanagan has found the right full-back, Manquillo who went into the box and crossed a goal towards the far post where Jerome Sinclair was and jumped to head the ball in, to enjoy his first brace for Liverpool.

90' Goal, goal, goal, goaaaaaaal! Lallana had his second assist in the game when he crossed it in the box and Lambert was there to power a header in, 3-0!

90+3' - Adam Lallana lifted a free-kick into the box and Lambert headed-pass to Jerome Sinclair who shot it in, it is a brilliant hat trick for Liverpool's youngster, unbelieveable!

90+4' - The game is over! The better and favourite team has won with an incredible hat trick of Jerome Sinclair, good bye!

The most interesting game of Liverpool ended with 2-0 win against Manchester City at Anfield with nearly 46,000 fans in the stands. The game was very physical with 22 fouls committed by The Citizens, apparently because of a clear control Liverpool had on the game statistics-wise.

Liverpool's great attacking midfielder, Coutinho, gave his team the lead only after ten minutes when he climbed over Zabaleta to apply the finish with a header to a cross of Raheem Sterling.
Coutinho had also assist in the game when he ran on the left wing and flicked the ball into the box to the near post, Daniel Sturridge got to the ball ahead of City's defenders and headed it to the other side, right corner and secured the win for The Reds.

10' - Goooaaal! Raheem Sterling crossed the ball, just to be cleared out by Kompany however the ball reached to Sterling again who crossed accurately to the head of Coutinho who jumped on top of Zabaleta and pushed it in. A deserved lead for Hyypiä's players.

59' - Coutinho ran on the left wing, free of defenders and crossed it - Daniel Sturridge was the first to reach the ball and scored with a good header to the other direction of goal. 2-0 to Liverpool, a great match is on!

90+3' - A match where Liverpool has been superior throughout came to an end, 2-0 to Liverpool!
Login to Quote

Raheeminho
7 years
Some really good results, especially against City. Good luck for the rest of the group stage, I'm sure you can nick 3/4 points off of PSG.
Login to Quote

Oz96
7 years
Raheeminho: Thank you, and the stage is tough but it'll be good.
Login to Quote

Jamesg237
7 years
They are some great results, especially against Manchester City. Keep it up!
Login to Quote