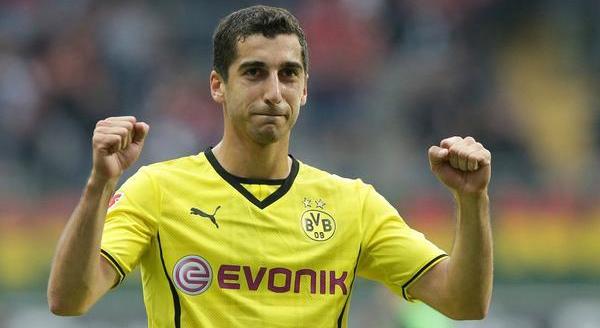 Henrikh Mkhitaryan scored 5 goals in 5 games during der BVB's friendly tour in Switzerland, impressing fans and pundits alike with his clinical strikes in front of goal.

It was an exciting, positive start to Brian Laudrup's managerial career, winning four out of five friendlies with Borussia Dortmund against various Swiss teams on their initial preseason tour. Even though quite a few first team players were not back with Dortmund after their World Cup layoff, it was still a nice way to see how the Dortmund team were preparing for the upcoming season under a new boss.

The team played a very attacking brand of football, perhaps more so than the style under Klopp, and scored a decent 12 goals. 10 of those hits came from Pierre-Emerick Aubameyang and and Henrikh Mhkitaryan, two stars that formed a wonderful attacking partnership, wreaking havoc in ever single match with their pace and utter class.

The results, at first glance, show signs of great promise. Further analysis of each match continues to reveal the forward steps that the German side have made so early in the year. The team had their first major show of resilience against Servette, where they came back from a shock 3-1 deficit to eventually triumph in a brilliant 4-3 comeback.

The next match was the only blip of the Swiss tour. Vaduz scored twice in the opening twenty minutes, and it took far too long for Laudrup's men to get back into the game, and Henrikh Mkhitaryan's late goal was nothing more than consolation.

The next two games, though, Pierre-Emerick Aubameyang started brightly, scoring in the first twenty minutes in each one to set his team up for success, obviously learning from previous mistakes. Again Dortmund overcame the adversity of losing for the first time this preseason, managing to continue their good form despite the confidence blow.

Player of the Swiss Tour 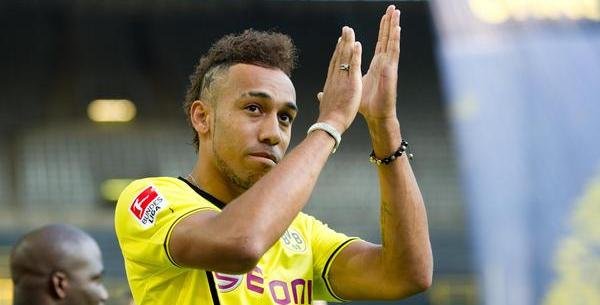 Pierre-Emerick Aubameyang is my choice for Borussia Dortmund's best player over the course of the Swiss tour. Scoring five goals in five games, the same as Henrikh Mkhitaryan, the Gabonese attacker was hugely influential in every move going forward and unsettled numerous opponents with his pace. Should he continue this form, he will be a key during the season.

Other than fine preseason, nice to Henrik M scoring a lot

Verdinho
6 years
Mick the Man and Aubameyang were class on 14. Reus - Mkhitaryan - Kagawa behind Immobile/Auba could be tasty!
Login to Quote

Feliks
6 years
Mate, Vaduz are unbeatable. The pride of Liechtenstein!!!!
Login to Quote

Neal
6 years
Walter: That was an anomaly, but yes good to see my stars playing well

P-KIDDY: Yes indeed, I have quite a few options for my front 4 that could do quite well

Feliks: Vaduz are just too good for me to handle

Other than that, a pretty good pre-season, which hopefully will lead onto a great year for Dortmund!
Login to Quote 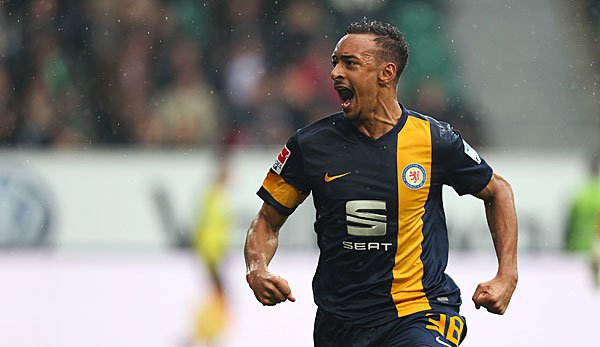 Karim Bellarabi impressed in patches for Eintracht Braunschweig last year despite the team's relegation, earning him a move to Bundesliga heavyweights Borussia Dortmund.

After a successful loan stint back at Eintracht Braunschweig, where he first made his name as a footballer, Karim Bellarabi has completed a dream transfer to Borussia Dortmund. The pacey winger has signed a five year contract with der BvB.

It's been a brilliant rise to fame for Karim Bellarabi. Nine years ago, the half Moroccan, half German footballer was spending each and every day playing football on the streets of Bremen with his friends. Four years ago, he was still fighting for a place in a Third Division side. Now, he's completed a high-profile transfer to German giants Borussia Dortmund, completing his ascent to the upper echelons of world football.

Bellarabi is known for his blistering, scrappy, old-fashioned wing play. One of the quickest players in the league, the ex-Braunschweig attacker is also fleet of foot and very comfortable with the ball at his feet. Considered capable of beating any defender one on one, Bellarabi could be just the attacking spark that Dortmund need to reinforce their attack that has lost Robert Lewandowski and Mario Gotze.

He isn't just about his attacking play, though. The winger is known for his willingness to track back and help out his fullback as well as pressure opposing defenders to win the ball back in advanced positions. Between the flair and work rate, surely Bellarabi will quickly endear himself to the Signal Iduna Park faithful.

When Jurgen Klopp left Borussia Dortmund this summer and Brian Laudrup came in as his replacement, there was a lot of worry around the club about the upcoming season. With injuries to a number of key players and not too much depth, the Dane definitely had some work to do to reinforce the squad, especially in attacking areas with Reus and Blaszczykowski out.

It seems Bellarabi is the first step in beginning Laudrup's renovation of the squad. Considering the type of player that the winger is, it seems that Laudrup is perhaps building toward a high-paced attacking or counter-attacking style which Bellarabi would fit perfectly.

Brian Laudrup, sporting director Michael Zorc, and the player agreed to a five year, €65,000 per week contract. Some people are wondering if Bellarabi is worth the wages; he's only had one good season in the Bundesliga, and that consisted of 3 goals and 4 assists in just 26 games, a season shortened a bit due to injury.

Injury has been a recurring problem for Bellarabi as well. He missed almost the entirety of the 2011-2012 season, his first with Bayer Leverkusen, shunting him out of the first team picture and forcing him to the reserve team for the next two years.

Dortmund fans will be sincerely hoping he's past that, however, and that the Moroccan-German winger can grow to fill his undoubted potential. Karim Bellarabi now has his chance to complete his meteoric rise to stardom with Dortmund, and the season ahead beckons for the 24 year old to take the league by storm.

Verdinho
6 years
Exciting player. Already have Kuba and Aubameyang on the right flank too, so decent depth

Feliks
6 years
Great signing, he should be class

andhauos
6 years
I think the Dortmund board had bad feeling about Klopp and Dortmund this season. And therefor needed to stir things up before the season to avoid a bad start. Hopefully Brian can prove them right.
Login to Quote

Neal
6 years
P-KIDDY: Yes, though, as you'll see sooner or later, it may not stay this way

Feliks: Thanks mate, I hope he can add some new quality to our attack

andhauos: Yes, hopefully Mr. Laudrup can get off to a much better start than Klopp has this year!

Red Devil
6 years
hmmm interesting signing ! i did not expect that.. wondering how he can maintain in the selection.
Login to Quote 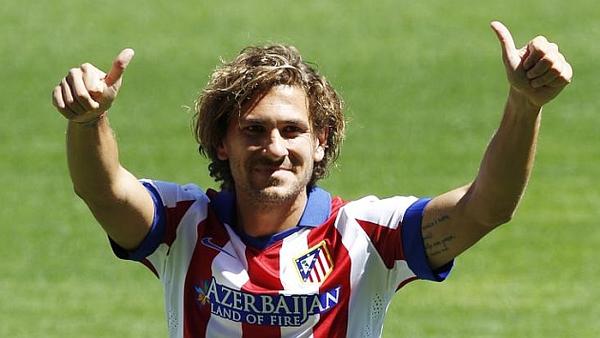 New signing Alessio Cerci has made a very bright start to his Atletico career, notching a goal and an assist in his first match in a Colchoneros kit.

It was a bit of an up-and-down start to Michael Laudrup's reign in charge of Atletico de Madrid. The Spanish side flew out to England for a short training camp and preseason tour, scheduled to play AFC Bournemouth and Premier League side Tottenham Hotspur. While the results were mixed, there were plenty of positives to look at for Atletico fans.

Michael Laudrup, implementing his favored 4-2-3-1, saw some great strides forward in his side's attempt to pass the ball around and keep possession while also not being afraid to get forward and attack at speed. Though defensively the team needs some sorting out, Mandzukic and co. always look like scoring when they get forward, promising excitement all year long.

The result that jumps out at most fans is the 3-1 dismantling at the hands of London side Tottenham, but things started quite brightly with a 3-1 the other way against Bournemouth. The attacking trio tore apart the British side's back line, with all three of Antoine Greizmann, Alessio Cerci, and Mario Mandzukic getting on the scoresheet.

Most people are saying that due to the ease at which Atletico were able to pass the ball around with little pressure against Bournemouth, they were not ready to play a side of Spurs' caliber. Mauricio Pochettino's men executed their pressing strategy to full potential, robbing Atletico whenever they tried playing out of the back and duly punishing them with goals.

Thus far Jan Oblak, the promising young Slovenian shot-stopper, has started both matches, but has shown signs of inconsistency, especially having not yet developed a good understanding with Diego Godin and Joao Miranda. It is yet to be seen if Laudrup will give newly signed Miguel Angel Moya a chance between the sticks in the final few friendlies.

Player of the English Tour 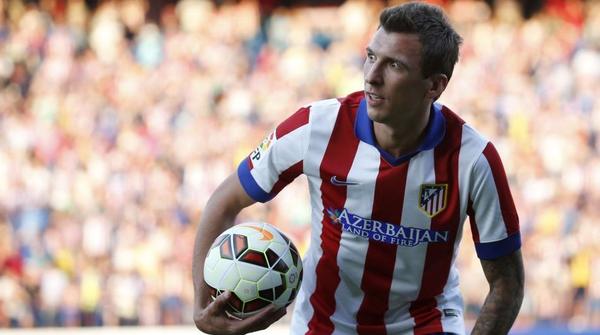 Mario Mandzukic wins my choice for best player of the English preseason tour. The towering Croatian striker scored in each game and impressed me with his hold up play, his strength, and, most importantly, his finishing ability. If we are to have any chance of repeating last year's success, replacing Costa's goals will be crucial, and Mario Mandzukic might just be the man for the job.

Jamesg237
6 years
Quite a poor result against Spurs but it doesn't count for anything :)Hopes for the upcoming season?
Login to Quote

Justice
6 years
You lost to Spurs