Neal
6 years
Jamesg237: I think that challenging for the La Liga title isn't out of the question. Despite losing some key players I still think we have the squad strength (along with my tactical nous

) to give the big two a run for their money. In the Champions League, I'd be quite pleased with a quarterfinal or semifinal appearance

Justice: I know, don't worry, I'll get it sorted

Zap: Looked brilliant in that Germany cap this year, I hope he plays like that in game, too 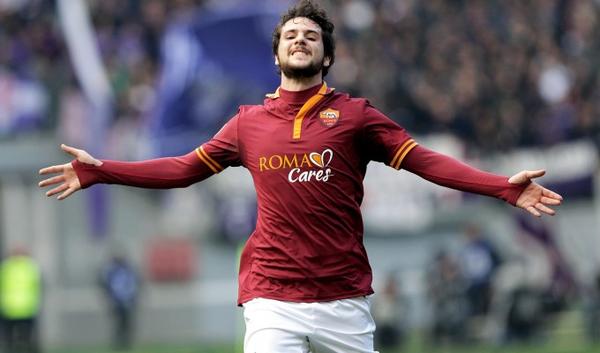 Michael Laudrup's first signing in charge of Atletico is a €14M part exchange deal for Mattia Destro that sees Cristian Rodriguez heading the other way to Rome.

After the club's failed pursuit of defender Jesus Vallejo, it was expected that Michael Laudrup would be in the market for another center back to rotate for starters Diego Godin and Joao Miranda. Thus, it was quite a surprise this morning to see Atletio Madrid announcing the capture of Italian striker Mattia Destro.

Laudrup agreed a €14M fee with AS Roma as well as sending transfer-listed winger Cristian Rodriguez to Rome. Some people are wondering if this was a prudent move; only Antoine Griezmann and Alessio Cerci are the remaining natural wingers, though Arda Turan can play wide if necessary.

Up top, however, Los Colchoneros already have a few options, with Mario Mandzukic coming in as the big-money replacement from Bayern Munich. Mexican striker Raul Gimenez was the backup, with youngster Angel Correa also able to play as a sort of false-nine.

Some pundits are wondering if this signing signals to a very uncharacteristic tactical shift for Michael Laudrup to a variation of the 4-4-2, with Mandzukic and Destro forming a lethal strike partnership. Throughout his English tour, the Dane's squad lined up in the tactician's customary 4-2-3-1, so we won't know for a while yet if the shift will be made.

Destro has been given a 5 year contract, running through 2019, and will earn a very lucrative €100k per week. Some people are questioning whether such a young player deserves such a deal, but supporters point to last season, where Mattia Destro scored 13 goals in 20 Serie A games for AS Roma after coming back from injury.

The player's talent is undoubtedly there; whether he can now make the most of it and grow into Italy's next great striker is the challenge that lays in wait.

Aaron
6 years
It's good...But it's not quite Pjanic!
Login to Quote

Walter: It was Feliks, I swear

pompeyblue: And my Inter story!! Hopefully he will be just as prolific in FM15

Justice: For not too much money, either! I think it'll be a great addition to the squad 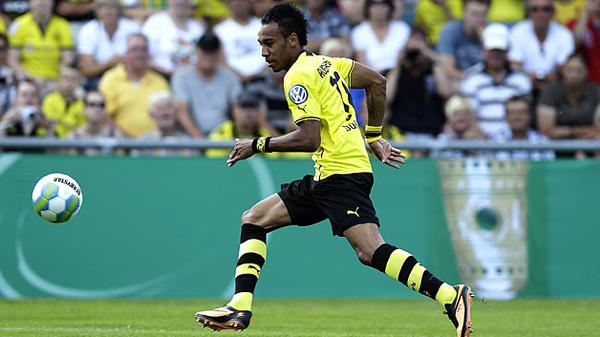 Pierre-Emerick Aubameyang continued his fine preseason form, scoring a brilliant hattrick in Spain in a 3-0 demolition of lower division side CD Tenerife SAD.

After a strong preseason tour in Switzerland, Borussia Dortmund completed their preseason in style, winning three straight games and outscoring their opponents by 11 goals to 2, 4 of which came against Italian giants AC Milan. Der BVB first played a quick friendly in Siegen before flying out to Spain and Italy to finish preparing for the competitive fixtures.

A couple of players returned from extended leave for these last few friendlies including the likes of Ciro Immobile. The Italian striker turned on his form as well, scoring four goals in those three games, and staking a place in the squad. Here are how all the fixtures ended up:

Things started very brightly in this preseason run with a straightforward match against Siegen. Ciro Immobile scored a brace on his friendly debut, and Karim Bellarabi added a debut goal as well, endearing themselves immediately to the Borussia Dortmund faithful and paving the way for an easy win.

The match against CD Tenerife, frankly, was the Pierre-Emerick Aubameyang show. The Gabonese international attacker, normally a right winger but playing as a striker for most of this preseason, scored three goals in just sixteen minutes, the last two goals within a minute of each other, to sink the Spanish side without a sweat.

The final match promised to be the most difficult. Coming up against a relatively strong AC Milan side, Ciro Immobile again took control. Back home in Italy, the striker scored twice, aided by on-fire Henrikh Mkhitaryan and American winger Joseph-Claude Gyau, to send der BVB into the regular season with a lot of condience.

Player of the Rest of the Preseason 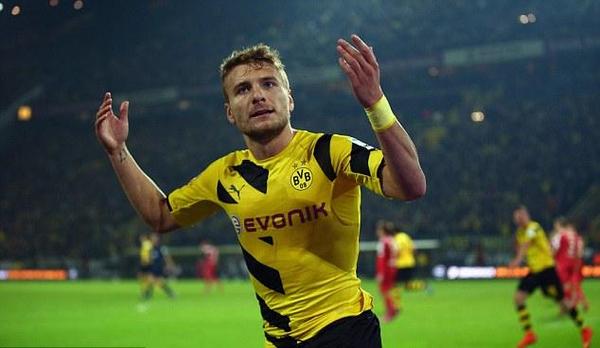 Ciro Immobile was quite clearly the best player of the rest of the preseason. The striker, recently purchased after scoring 22 goals in Serie A last season, showed why he was so well sought-after, scoring four goals in three games. He will likely be our first choice striker for the season, and if he continues in this form, it'll be a great season indeed.

Aaron
6 years
Immobile is on fire!
Login to Quote