P-KIDDY: Nothing drives on a man more than his sibling doing better than him!
Login to Quote

Despite the fact that Atletico Madrid met the player's release clause, Marco Reus has decided to stay in Germany and agree to a new contract with his hometown club. 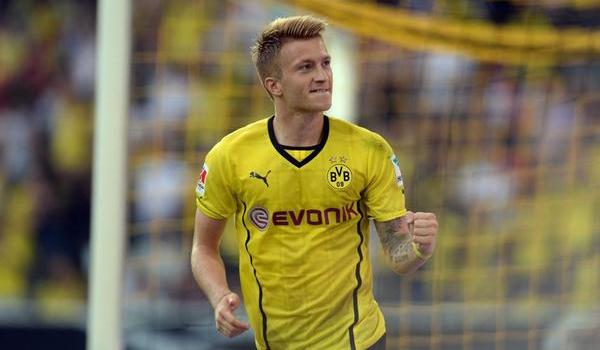 The news has been rife with controversy of late as just three days ago, Michael Laudrup's Atletico Madrid met Marco Reus's €24M release clause in an effort to bring the excitement German to the Vicente Calderon. The controversy came not from the bid, but from the recipient of the bid; Borussia Dortmund's manager, none other than Brian Laudrup.

Some people where wondering if Reus was willing to go to Atletico. Even though Los Colchoneros won La Liga and made it to the UEFA Champions League final last year, they lost multiple key players over the summer window. Most people believed that if the left winger were to leave Signal Iduna Park, it would either be for Bayern Munich, a Premier League team, or Barcelona or Real Madrid.

Once the formal bid was launched, Reus's agent did not comment, increasing rumors that the player was in negotiations with Atletico and didn't want the new going public just yet. However, it now seems as though the 25 year old has opted to stay in the Westfalenstadion and continue to help Borussia Dortmund.

Reus, who grew up in Dortmund and played for the side's youth academy, signed a five year contract through 2019 with his hometown club, and will now be earning €130k per week. Most importantly, Reus's release clause has been given a massive upgrade from €24M to €143M, ensuring that nobody would be able to logistically make such an offer.

"I know there has been a lot of talk flying around about my future, but now I am glad to sign on with the club I love and clear things up," Reus told reporters this morning. "Brian has a great project going here and I want to be a part of it."

Apli
5 years
This is my favorite story on FMScout, I really like the brother aspect. Keep it up!
Login to Quote

Neal
5 years
Apli: Wow, thanks for the high praise! I'm really glad you like it so much!

Verdinho
5 years
B dot Laudrup has just switched lanes on his big bro! Huge boost for BVB
Login to Quote

OMGItsToddzy: Indeed I do, thanks pal

Jonaldinho: He's the best we've got and one of the best in the world, so glad he's still here

Neal
5 years
Johno: He's going to be a club hero by the end of his career, I'm certain of it

basham97
5 years
Do you think Reus is worth £143 million (from the release clause?)?

I would laugh if Madrid/Barca paid that.
Login to Quote

Neal
5 years
basham97: I would be truly shocked if somebody met that! I don't think he's actually worth it, it's just meant to scare off suitors is all 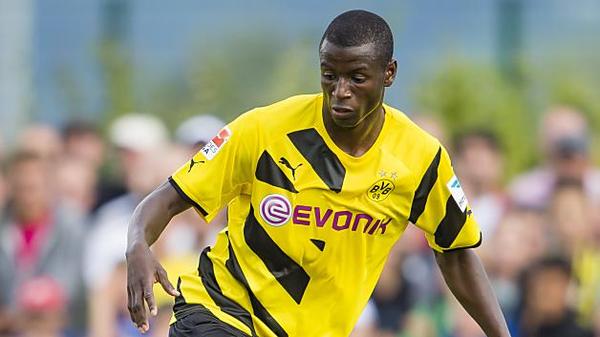 Out of favor Adrian Ramos has completed a €7.75M transfer to Bayer Leverkusen just six months after making the move to Borussia Dortmund from Hertha Berlin.

It has been six months to forget for Adrian Ramos. The Colombian striker arrived in Borussia Dortmund under the Jurgen Klopp reign amid great fanfare, fresh from his 16 goal campaign last time around. Along with Ciro Immobile, Ramos was expected to fill the hole left by Robert Lewandowski's departure.

Then Brian Laudrup took over. Clearly preferring one of Ciro Immobile or Pierre-Emerick Aubameyang, Ramos hardly made the bench most games. In total, the aerial beast of a man made just five appearances, starting only a single one of those. He did not register a single goal or assist in his time at the club.

He begins a new chapter now with Leverkusen after die Werkself agreed a €7.75M fee with Borussia Dortmund. Ramos put pen to paper on a five year contract worth €64k per week and will look to strike up an explosive partnership with the poacher supreme, Stefan Kiessling, who has already scored 15 goals this year. 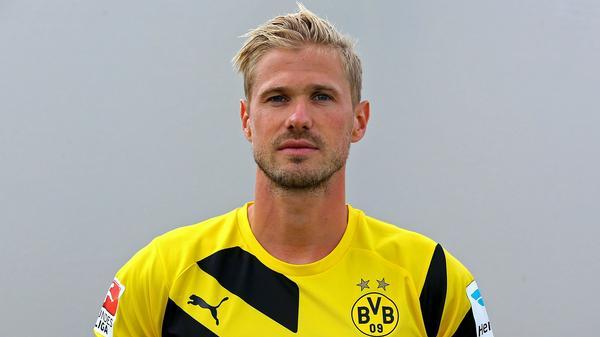 Oliver Kirch has never been more than a squad player for Borussia Dortmund and has finally departed to relegation candidates Hannover for €500k.

While it has been a tough few months for Adrian Ramos, it's been a tough couple of years for Oliver Kirch. Since leaving Kaiserslautern in 2012 to join der BVB, the defensive midfielder has made a mere 14 Bundesliga appearances for the club, partly due to recurring injuries. This year, he has not started a single match, coming off the bench on three occasions.

At last, Kirch has decided to give up on this section of his career and move on. Hannover easily made a €500k transfer bid for the 32 year old, signing a €25.5k per week contract through the summer of 2017. So far this year, Hannover have grossly underachieved; though expected to finish midtable, they are deep in the relegation scrap. Hopefully for them, this signing can urge them forward and up the table.

Having made these two sales, Dortmund manager Brian Laudrup can turn his attention toward bringing in a signing or two to aid his title bid on multiple fronts. Rumor has it that der BVB are interested in bringing another winger to the club to provide stiffer competition and a rotation option, but no names have yet been mentioned.