JasonRM
6 years
Pretty quiet window, but the deal that stands out to me is Inter's capture of Gabbiadini. He never stops scoring this FM. Good Luck!

THEO BACK IN TRAINING 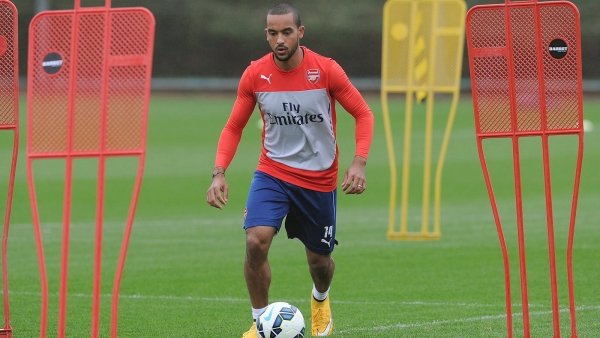 Arsenal winger Theo Walcott has made his long-awaited return to training, following the cruciate ligament damage he suffered at the start of the year.

Walcott had to be stretchered off versus Tottenham Hotspur in an FA Cup tie in January with an injury that would rule the Englishman out for nine months, having missed much of the 2013/2014 season prior to the injury blow.

The 25-year-old, however, has now returned to training, but he will train alone for the coming days until he regains full fitness, according to Arsenal boss Arsene Wenger.

“These injuries are often very complicated, so we must pay special attention to any issues the player may face in his early stages of full fitness. I know many players who have damaged their ligaments two or three times in a row, and we don’t want that to happen.

“For that reason, Walcott will train alone with physios for a while to try and ease himself in. He hasn’t had a pre-season either, so it’s likely that we won’t see him feature for another month.

Walcott has expressed his delight at being able to kick a football again, stating that he’s excited to play with some of Arsenal’s new faces upon his eventual return to the first team.

“It’s wonderful to be able to run and connect with a football again after such a long period out. I’ve been dying for this moment, so now it’s here, I’ve just got to get my fitness back up to scratch and aim to get my place in the squad back.

“I’ve imagined myself in the current setup many times already and I’m excited to play alongside some of the new boys.

“Alexis Sanchez’s pace and trickery has proven to be a real threat for with Alex Oxlade-Chamberlain’s quickness on the opposite side, whereas Danny Welbeck and Paco Alcacer also look sharp.

“I haven’t played a great deal with Mesut Özil either, so to get on the end of his creativity is something that excites me and I can’t wait to get back into action.”

Walcott, who joined Arsenal at the age of 16 from Southampton for approximately £12 million, has played 194 times in the Barclays Premier League for the Gunners, scoring 45 times from the right wing.
Login to Quote 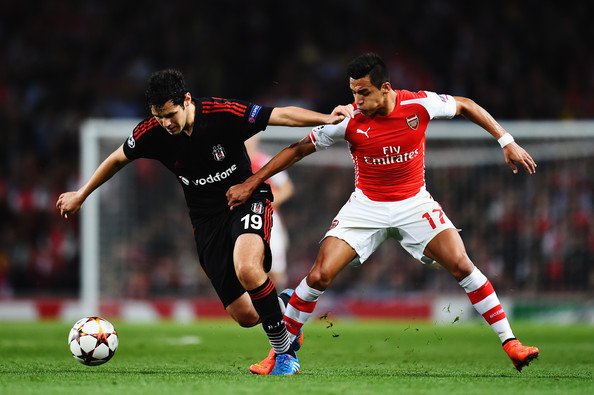 Another fantastic month for the Arsenal and it’s our defending that deserves to be highlighted for a change. Yet to concede in the Premier League this season, all we have to do is score and control our games. We did just that against West Ham United and Southampton, cruising to victory against Besiktas in the Champions’ League and against Aston Villa, who have been very poor this season.

Leeds United gave us more than a few troubles in the Capital One Cup, meaning I had to bring out a few more big boys off the bench to help out the youngsters I had started. Luckily, we turned the game around and so progress through to the next round to face Norwich City. 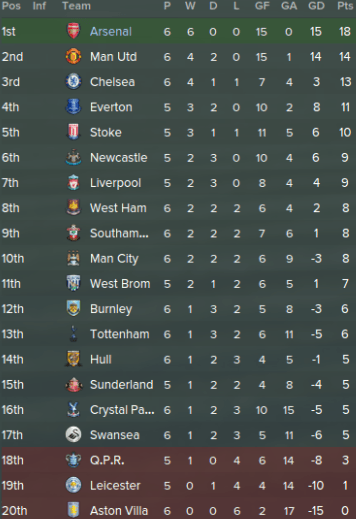 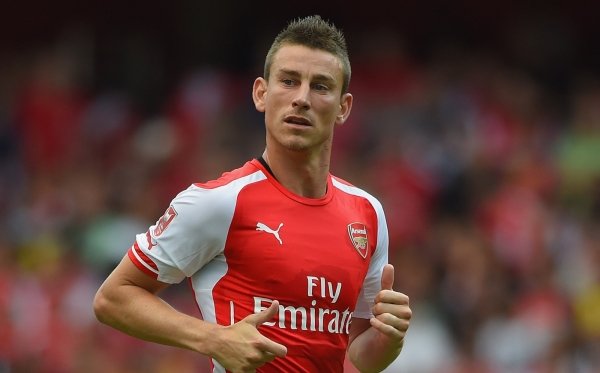 Some huge performances came from Laurent Koscielny and his defensive block this month, so we have much of his work to thank for our quality start to the season.

It’s a potentially tricky month for us coming up, although we should get off to a winning start against Sporting and Hull City. Our match-up versus Cesc Fabregas and Chelsea should be our biggest test yet, whereas our clashes against Schalke and Newcastle United promise to be challenging ones too. As for Norwich City in the Capital One Cup, the Leeds game taught us that we must be on our toes against weaker opposition. With that being said, if we can beat Sporting, Hull and then Chelsea, I’m confident of finishing the month with a 100% once more.
Login to Quote

basham97
6 years
Been reading this for a while, but never commented. This story has really entertained me. I hope this one is a long-term

Verdinho
6 years
basham97: Many thanks, pal. I'm glad you're enjoying it. I hope this lasts too!
Login to Quote 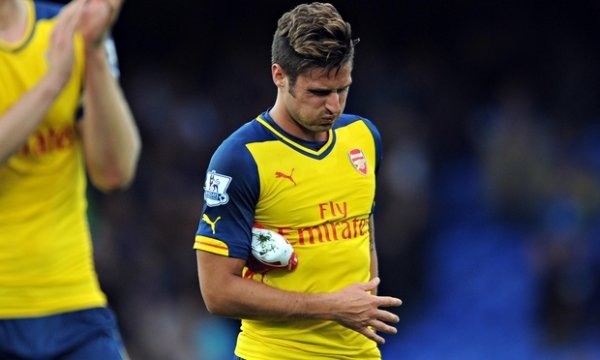 Injured Arsenal striker Olivier Giroud is expected to be out for five to seven weeks with a torn hamstring picked up against Southampton last month.

The towering Frenchman picked up the injury in Arsenal’s 1-0 win against the Saints at the Emirates Stadium, in what was only his second start this season in the Barclays Premier League.

Giroud failed to emerge from the dressing room in the second half, being substituted by the in-form Paco Alcacer at half time.

The 28-year-old, who is yet to get off the mark this season, joins the likes of Danny Welbeck, Nacho Monreal, Jack Wilshere, David Ospina and Tomas Rosicky on Arsenal’s injury list, with both Theo Walcott and Serge Gnabry too unfit to feature for Arsenal just yet.

Having loaned Joel Campbell out to Inter Milan on deadline day, Arsenal’s recent injury problems leave them with Paco Alcacer, Lukas Podolski and Alexis Sanchez as their only options at centre forward.
Login to Quote

mo_123
6 years
Same in real life too
Login to Quote

Justice
6 years
Who needs Giroud when you have the invincibles?

Neal
6 years
The good form continues! Ah well, I'm not scared, I know you'll blow it at the end of the year, as usual

Icarus & Neal: I hope not! That'd be very Arsenal-esque, wouldn't it?
Login to Quote

basham97
6 years
Will Walcott be occupying that position of Giroud?

Verdinho
6 years
basham97: He may, but's if he does, it'll be towards the end of the month due to his return from injury.
Login to Quote