Glenn T
10 years
Beat Lille 3-1 in my first friendly with Gerrard scoring two goals and Raheem Sterling scoring the last, but Jordan Henderson had to go off injured - hope it's nothing serious.

Stewart Downing has completed his loan move back to Schalke, while Tom McMinigal has rejected yet another loan offer from Liverpool. Mario Balotelli has however, accepted a contract offer from Liverpool and is expected to be a Liverpool player within the next few days for a fee of 8 million.
Login to Quote 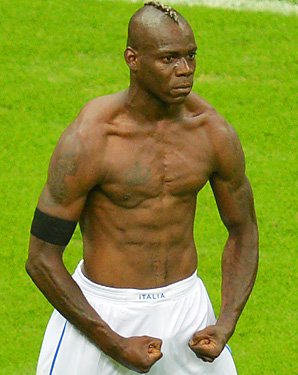 The Kopites went crazy once we announced the transfer of Mario Balotelli - some were happy, some were not, due to the player's disciplinary problems that led Man City to offer him on sale in the first place. However I am confident he can establish himself as one of the world's best here and hopefully not the next Nelson Oliveira.

OUT
Charlie Adam has joined his teammate Stewart Downing on loan at Schalke, while John Flanagan has headed down to West Ham on loan.
Login to Quote

Glenn T
10 years
Conor Coady and Robbie Cotton have both penned four-year deals while Steven Gerrard has signed a two-year deal, not giving any impression that he'll be retiring anytime soon. Yes, Stevie, that should be the way. The Liverpool captain still trained like he was 23 not 33, and his last few matches for the club proved he still had what it took to make it at the top, top level.
Login to Quote

Glenn T
10 years
Glen Johnson has been ruled out for 2-3 months after a friendly match against Leeds.
Login to Quote 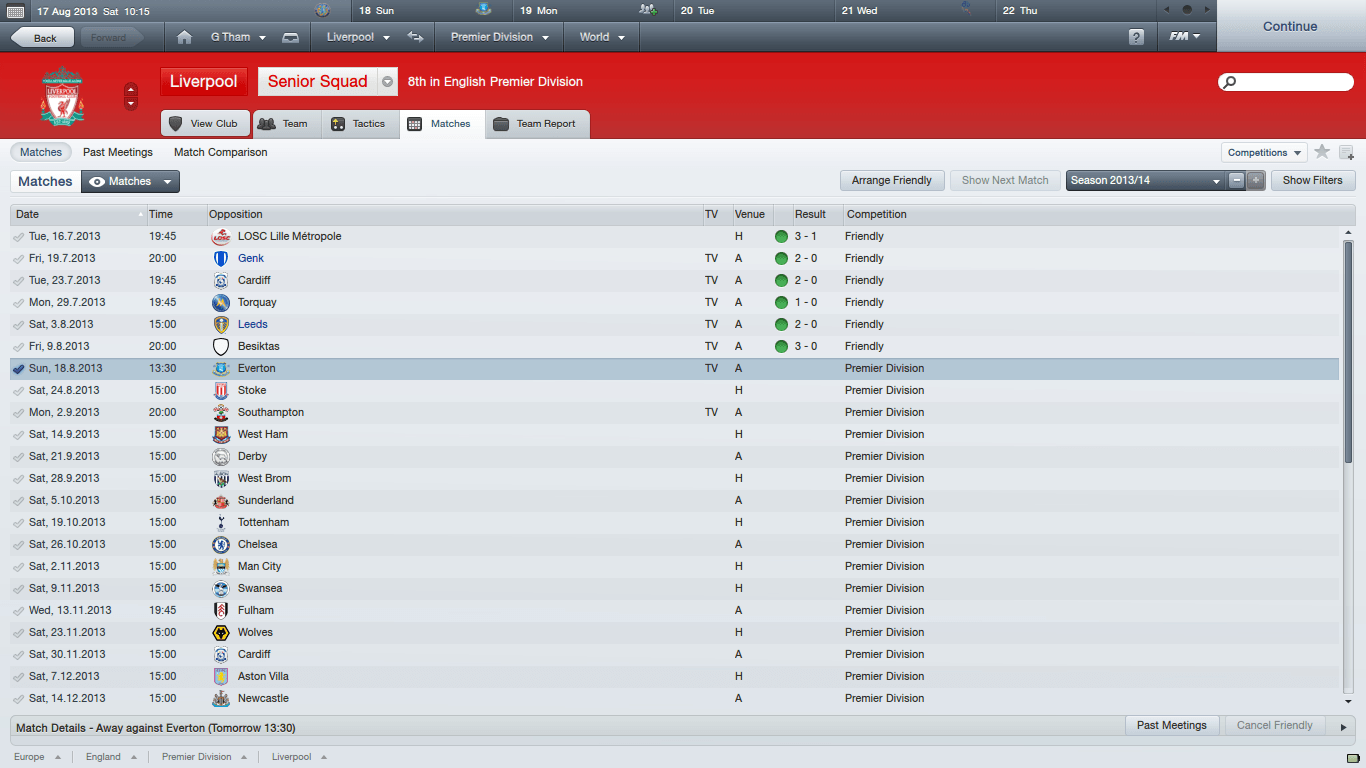 A decent pre-season and my standout signing so far is the Turkish striker Caglar Dogan, who scored three goals altogether in pre-season. However I will only use him in the first team occasionally as planned, because I only plan to use him in my U18s and Reserves.

I have money to burn and on the lookout for a new defensive midfielder. Javier Mascherano has rejected the opportunity to return to Liverpool and has instead joined Chelsea in a 20 million deal.

Lucas Leiva, the only defensive midfielder at Liverpool has signed a lucrative five-year contract amid interest from Real Madrid.

Lastly, the Liverpool fans are very concerned that I am interested in a Bosman transfer for Chelsea's Ivorian winger Salomon Kalou, whose contract expires at the start of next season. Kalou will almost certainly not sign a new contract as he has expressed his frustration at the lack of first-team opportunities at the Blues and the fans have found out how I sent one of my scouts to compile a report on him and are starting to question why I would bring a player the fans disliked.
Login to Quote

Glenn T
10 years
BREAKING: Reds boss Glenn Tham has declared his wish to bring Xabi Alonso back home
"We want to sign a defensive midfielder," Tham said, speaking to a few journalists at Melwood. "And Xabi Alonso is a defensive midfielder. I am an ardent fan of him and has seen him before when he was here at Liverpool - such class, such quality. He is 31 but still has the ability to play at a high level, you see what he does at Real Madrid. We want to take him home. This is home. This is Anfield."

Coincidentally, Tham has failed in his approach to bring a former Red back to Liverpool just a week ago, as Chelsea beat off competition from a number of clubs, including Milan, Manchester United and Tham's Liverpool, to sign Javier Mascherano from Barcelona.

Alonso's contract expires at the start of next season and although he has not stated any desire to, either sign a new contract or move away from Real, it does not mean he will definitely feature for Tham's Liverpool soon.
Login to Quote

Glenn T
10 years
Mario Balotelli: The new Kop hero?
Mario Balotelli scored his first two league goals for his new club today as Liverpool triumphed in a 2-0 win against rivals Everton at Goodison Park. The Italian's brace helped Liverpool to victory and this will definitely change the opinions of a few fans who were skeptical with Balotelli's arrival.

Wearing his new No. 10 jersey for Liverpool, last worn by Portuguese striker Nelson Oliveira who moved to Sampdoria in July, he ended his goal drought of not having scored in a competitive league match for over 20 hours of competitive football.

Meanwhile, Joao Carlos has been released by Liverpool following an unsuccessful two-year stint in Liverpool's reserve team after being signed by Tham's predecessor Kenny Dalglish.
Login to Quote

Glenn T
10 years
Xabi Alonso has responded after claims in the media linking him with a return to old club Liverpool: "I have no intention of going to Liverpool. I am enjoying my football here in Madrid."
Login to Quote

Glenn T
10 years
Balotelli DOES have an attitude problem, but knows when to shut up. I asked if he would like to recommend me a talented young player as my Reserves needed a left-back, but he said he only got his salary for playing and not recommending players. I was miffed and told him to start respecting his head coach and he immediately apologized.

I have offered 30 million to Everton for their Belgian defensive midfielder Fellaini, as the end of the transfer window draws closer.

Liverpool has been drawn with A.C Milan, Sparta Prague, and FC Kobenhavn in the Champions' League group stage.
Login to Quote

Glenn T
10 years
Everton wants 40 million for Fellaini. I rejected them flatly. Looks like there won't be anymore players coming in, so that means I'll have 35 million to spend during the January transfer window - although it is very unlikely that I will spend any.
Login to Quote

Kiwi
10 years
How have your fans reacted to the signing of Balotelli, Mr Tham?
Login to Quote

Glenn T
10 years
They had a mixed reaction, with most skeptical about the signing. But all of them are clearly delighted that he has made such a quick impact.
Login to Quote