Andy Carroll has ended his goal drought with a superb hat-trick against Chelsea to win the match for the Reds, his third goal being the winning one as Liverpool took three points from a 3-2 win. Mata scored the first goal but Andy Carroll hit back for Liverpool scoring two goals swiftly, and the relief on his face was plain to see. Although happy enough to end his goal drought, Carroll certainly wasn't expecting a hat trick. Old boy Fernando Torres scored next to make it 2-2 against his former club, but Carroll's third goal of the match came exactly 10 minutes later to win the match for Liverpool. Liverpool is now level on points with BOTH Manchester clubs, with City 1st and United 2nd; the three clubs separated only on goal difference. However, Liverpool has one more game played than both Manchester clubs.
Login to Quote 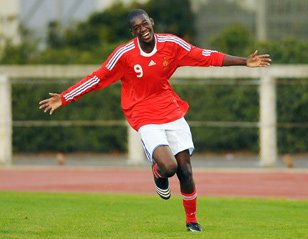 Liverpool were almost out-classed by GNK Dinamo as the Reds took three points in a 1-0 win against the Croatian club. Taking advantage of the Reds' slipshod performance today, Dinamo put on a good performance but a Yaya Sanogo strike in the 87th minute handed Liverpool three points and confirmation of qualification to the Champions' League knockout stages with a game in hand. Liverpool lead the group with 12 points with Inter Milan trailing behind closely in 2nd place with 10 points. GNK Dinamo is last in the group with only one point.
Login to Quote

shaneo insaneo
10 years
i suggest looking at Bernd Leno for a young goalkeeper , he could easily dislodge reina in 2- 3 years
Login to Quote 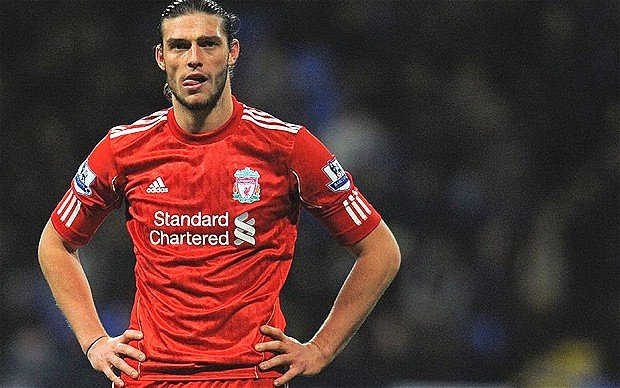 Derby F.C pulled off the biggest upset of the season as they beat Liverpool 2-0 in the League Cup Quarter Final. Steven Davies and Chris Maguire scored the goals for Derby. Choosing to start Fabio Aurelio ahead of Jose Enrique, giving youngster David Soley his first game for the club ahead of Martin Montoya and Glen Johnson, and also playing youngster Ben Howard ahead of Lucas Leiva in defensive midfield, proved to be a bad mistake as they crashed out of the League Cup. "I am very annoyed," said Reds boss Glenn Tham in his post match conference. "I really felt this was a competition we could win and retain the League Cup - unfortunately that was not to be. I am honestly displeased at the players' performance today and this result will probably make me think twice about underestimating the opponent and playing a low-strength eleven."
Login to Quote

Glenn T
10 years
I don't play any attacking midfielders now and I don't need any central midfielders either (squad's bursting with them) so I probably won't look at Gylfi Sigurdsson.
Login to Quote

#57778 Glenn T : I don't play any attacking midfielders now and I don't need any central midfielders either (squad's bursting with them) so I probably won't look at Gylfi Sigurdsson.

he can play on the right wing also
Login to Quote

Glenn T
10 years
Only my backup formation uses a right winger... Not my first choice formation. Could you recommend a quality striker, besides Carlos Fierro and Yaya Sanogo?
Login to Quote

Hellstorm77
10 years
im in the same boat as you i cant find a quality striker, when i do they cost to much
Login to Quote

Glenn T
10 years
I beat Inter Milan 3-1 to finish top of the group with 15 points. Inter Milan also qualifies, as they are 2nd with 12 points. Atletico Madrid are unfortunate not to qualify, third with eight points, while GNK Dinamo is last place with 1 point. Jose Enrique is also out for 6 to 7 weeks with an injury - a massive blow as he has probably been one of the most consistent players on my team so far.
Login to Quote 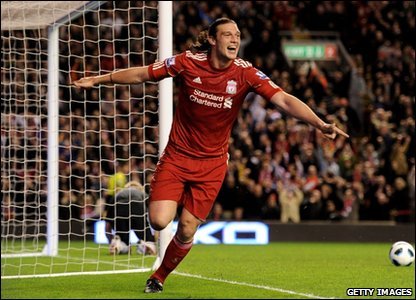 It was an unbelievable night as Steven Gerrard, Luis Suarez and Andy Carroll scored the goals for Liverpool in a surprisingly one-sided affair. Liverpool are somewhat considered to be a thorn in Man City's flesh - with City easily demolishing the other Premier League sides but Liverpool are always considerably hard to break down for them - and today was no exception. Carroll struck first for Liverpool with a header from close-range, and this was followed by goals from Gerrard, Suarez and a second from Carroll. Both sides went into half time at 4-0 to Liverpool, and Glenn Tham's team talk obviously helped as Carroll completed the Reds' rout of the league leaders with his third goal. Edin Dzeko then scored a consolation goal for Man City with a header into the back of the net.

Manchester City played roughly and both Steven Gerrard and Fabio Aurelio had to play through the pain as they both got injured during the match. Gerrard is looking to become more injury prone as he grows older with him just recovering from injury not long ago - while Fabio Aurelio's injury will be a worry for Tham as Jose Enrique is already out for a period of 6 weeks. However Tham has confirmed that both injuries are not serious and that both players could return in about a week.
Login to Quote

Glenn T
10 years
As if the Gerrard, Enrique and Aurelio injuries were not enough... Sebastian Coates will be out for a week and a half after getting injured during a training session.
Login to Quote