Kiwi
7 years
Thank you both, I am still in a state of shock really, it just goes to show what a "never say die" attitude can do, because they were certainly not the best team, player for player, in the league. And I still stand behind everything I had said previously about the need to rebuild.

The disappointing aspect for me (and to be fair, I am not sure what I was expecting) was that players still don't want to discuss terms with me!

Kiwi
7 years
I'm midway through June and my Ass Man has just reminded me of the HG rules which apply to Europe....I think I am going to have some MAJOR gaps in my squad!
Login to Quote

Kiwi
7 years
It's all about professionalism in the modern era!

Kiwi
7 years
The money has started flowing, with Brazilian Ademar moving back to his native Brazil for 350K, after not making the grade in the Czech league.
Login to Quote

Kiwi
7 years
Paris Saint Germain have released some players and none of them will discuss terms with me!! Not a one.....
Login to Quote

Kiwi
7 years
It wasn't for want of trying, the fella has been a starter for me and a, pardon the pun, a right dynamo for me in the midfield.

Kiwi
7 years
Much of a muchness, six of one, half dozen of the other. Call it what you want, it doesn't help our finances any.....

andrew98
7 years
Very bad that the players dont want to go to your team :/, try buying some players from south america or young players from the other teams.
Login to Quote

Kiwi
7 years
Thanks Andrew, I would be lying if I said I wasn't finding it frustrating. I'm managed to snare some excellent players (in my opinion) on frees that will help me rebuild the squad.

My foreign quota is full now, with Medina, and two South African players I am excited about. I eventually knocked down his wage demands, but because it he young, he can't join until Feb 2016. It'll be worth the wait.

I also found for some reason, Portugal to be a decent country to recruit in?

The other issue, of course, is the finances. I can't compete in terms of wages, so when I do find a player is willing to play here, wages are a huge stumbling block. I've recruited a young Czech defender from some second division club, but otherwise the comp is a bit too much for me to stomach.

That will teach me to be a Sunday League Footballer, won't it?!

Kiwi
7 years
Okay, it is an increase!

Kiwi
7 years
This isn't a bad result either....

Kiwi
7 years
My Ass Man is impressed in training by central defender Stepanek, and central midfielder Cajic, so we do have some shining lights on the playing roster.
Login to Quote

Kiwi
7 years
Topped the league, got into the Champions Cup, and our status has only grown "a little". 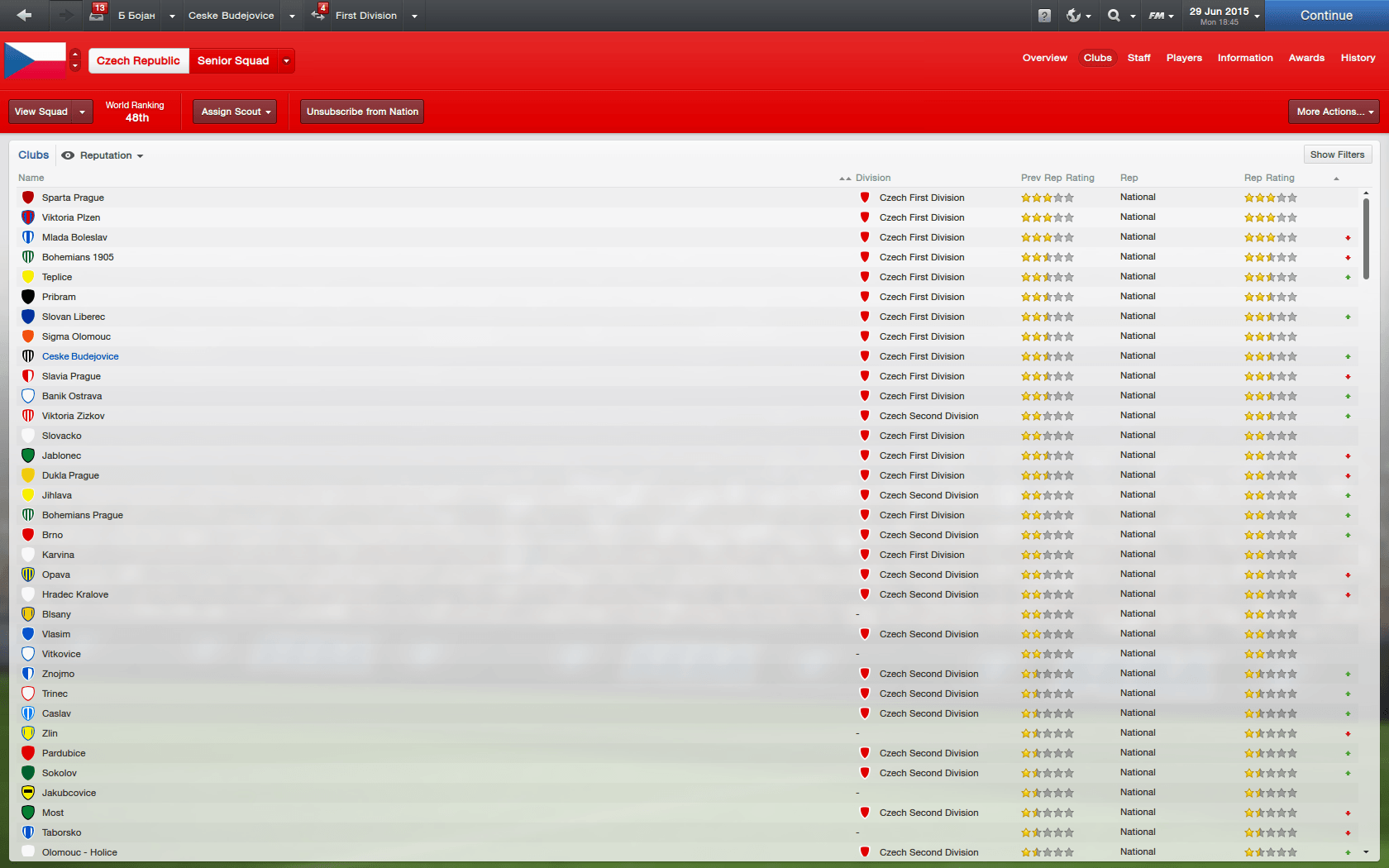 Kiwi
7 years
With the Under 21 side finishing second to last last season, and there being no real prospects in the squad, we are declining this seasons invitation to partake in the competition.

Attempts will be made to dispose (for want of a better phrase) of the players, and depending on how successful the recruitment efforts are, some may been needed to fill gaps in the senior squad....even if it is to warm the bench for Europe.
Login to Quote

Kiwi
7 years
Jan Halama has been voted the Fans Player of the Season.
Login to Quote