Out transfers abridged to first-team players

Overall, I am pleased with pre-season. We got good players in, especially some good loan signings, and also players like Griezmann on permanent deals. I think these players can guide us towards winning the title this year.

The matches, however, leave quite a lot to work on. Out of the nine matches we had in pre-season, we lost four of them, including embarrassing defeats to Flamengo and Huddersfield. Still, pre-season doesn’t count for everything, and I am still confident we will have a good competitive season.
Login to Quote

I'm sure the season will be success though, good luck

I'm sure the season will be success though, good luck

I played them in pre-season 2012, and this year, they beat me both times


I dunno, ask my assistant manager!
Login to Quote

AC Milan keeper Truls Ringstad has spoken of his pride after making his senior debut in a friendly against Bosnia. The youngster signed for Milan from Rosenborg at the start of the season, and has already been included in the first-team squad for the forthcoming season.

Ringstad is only 19, and has become the first one of Milan's newly-purchased youngsters to play for their national team whilst at the club, although Talebi has played six times for his national team, Iran.

Ringstad is being touted as a star of the future both by the staff at Milan and by fans back in his home country of Norway. Indeed, Milan have already given Ringstad the role of back-up keeper to Romero at the San Siro, after Amelia left the club on loan, leaving Ringstad to fill his shoes. Matthaus is confident that Ringstad is already at the level of Marco Amelia, and maybe even past it, meaning that the youngster has a bright future ahead of him. He is expeceted to be first-choice keeper at the San Siro within a couple of years, and dominate the number 1 jersey for years to come.

Ringstad has also managed to make an impression on new Norway boss Christer Ervik, who called him up to the squad for the latest match, against Bosnia. He didn't manage to keep a clean sheet on his debut, after drawing 1-1 in Oslo. Ringstad, however, spoke of his pride after making his first appearance. In the post-match press conference, one of the Norwegian journalists asked him how he felt, and Truls Ringstad replied "obviously I'm only going to be feeling after that. I'm delighted that I made my debut, although I'm a bit disappointed not to have kept a clean sheet today. Still, it's early days, and I want to make a lot more appearances for my country in my career."

Ringstad is under contract at the San Siro with the Rossonneri until 2017, and will hope to advance his career as far as possible under Matthaus.
Login to Quote

Neal
8 years
I'm not sure how to comment on this, but I feel obliged to xD
Give Ringstad my congratulations I guess? Lol
Login to Quote


A lovely gesture from the In*er manager I see


A lovely gesture from the In*er manager I see

Haha In*er? The word is so bad you have to censor it? xD
Login to Quote 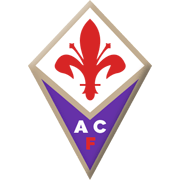 I am confident we can get through this group without too much trouble, however Marseille and Hannover could be tricky matches. Based on our performance against Fiorentina though, we should be fine.
Login to Quote

Neal
8 years
Crazy long month, wow, can't believe they'd schedule you so many games all in one month.

Nice CL group, should be able to top it.
Login to Quote

Nice CL group, should be able to top it.


I know, I feel exhausted just looking at it