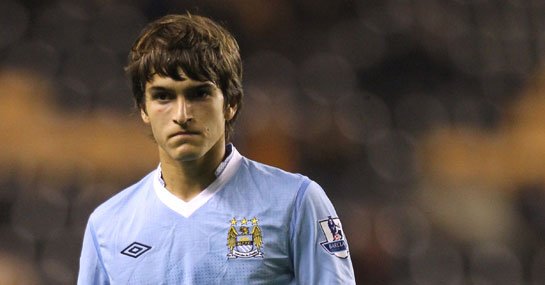 It's transfer deadline day in Italy, but AC Milan have managed to get one more transfer in ahead of the season getting fully underway, after they signed Spanish midfielder Denis Suarez on a free transfer after Sporting CP released him from his contract. The 20-year-old had been at the Portuguese club since January 2013, but fell out with the club and left just days before the end of the transfer window.

Like his previous signing, Xandao, Denis Suarez is a name well-known to Matthaus. He signed the attacking midfielder from English giants Manchester City for £500k in 2013, becoming the first signing in the project of building for the future, which he has continued at the San Siro, signing more than ten players since he joined, and the majority of them are young players predicted to be stars in the future. He signed Suarez for Sporting hoping he would be a star in years to come. He spent all his time at Sporting out on loan, so didn't even make an appearance for the Verde-e-Brancos.

Lothar Matthaus is said to have leapt at the opportunity to sign the Spaniard for free, and has said that he will not loan out Suarez, as he wants him to gain experience from the fantastic players and staff at the San Siro.

All parties involved in the deal are said to be delighted after this went through. Suarez wants to continue his development and further his career at the San Siro, especially because of the fantastic youth setup that the Rossoneri posses. The staff are also said to be delighted, because they have a policy of signing young players, and this just helps them prove they well have the best team in the world in a few years. Fans are also said to be happy that they've secured such a good young talent for a few years.

He actually got transfer listed at Sporting, which came into my inbox, then I clicked onto his profile and he'd been released! There was only one thing to do 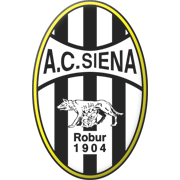 After our tough encounter with Arsenal in Cardiff just a few days ago, we had a much easier match with Siena at home today. We took the lead early, but conceded an equaliser quickly. It took us most of the match, but eventually we managed to win it thanks to Garcia’s first goal for us. He’s already looking like a very good signing if I’m honest. I would have liked to win by more goals, like we were predicted to, but obviously can’t complain, because a win is a win.

We now have two weeks off from matches because of an international break. I’ll be busy during this time though, as I take my Chile side away to Spain for a very difficult encounter, and also to Australia, which will be much easier, and I expect us to win.
Login to Quote

Toon
9 years
Nice signing and result. Thought it was Juve for a second xD.
Login to Quote

Justice96:Nice win there against Siena

I was a bit unconfident actually lol
Login to Quote 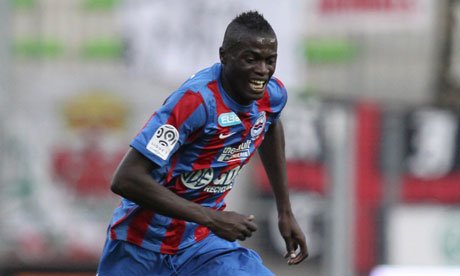 AC Milan forward M'Baye Niang has left the club and returned to his homeland, after joining Bordeaux on loan for the rest of the season. This is the second time Niang has spent time out on loan since Matthaus joined the club and will be frustrated by this development.

After top scorer from last season Giampaolo Pazzini left the club to join Real Madrid, Niang was quoted as saying that he hoped that this would lead to him staying at the club and getting some chances in the first team. However this didn't seem to be the thinking of manager Matthaus, who signed John Guidetti on loan from Manchester City, and was also poised to sign Vaclav Kadlec from Bayer 04 Leverkusen, before the deal fell through earlier this summer. We also can't forget that Milan also posses the talents of Robinho, Pato, and Abel Hernandez up front.

Niang is said to be disappointed that he has been shipped back to spend another year in France, after he spent the 2013-14 season on loan at Montpellier. He hoped that that would push him into the eyes of Matthaus, ready for more Italian action this season.

This is expected to be the last season Niang spends out on loan away from Milan, as the club soon will feel the Frenchman is ready for first team action after gaining experience back out on loan into his own country. The club then feel the best way for him to progress further in his career is to gain experience from the fantastic coaching system at the San Siro.
Login to Quote

He is a quality player!
Login to Quote

swag
9 years
Hmmm, has Devil. done/doing a '2017 Experiment' with him. Weird. Surely he should reach his potencial by now. Unless he's like Angelo Henriquez, a player who reaches it later.
Login to Quote

Glenn T
9 years
With your 58 pages, it's quite hard to tell

wellsy1498
9 years
Just read the story in full and wow just wow this is brilliant. Hope Niang reaches his full potential and Will Hughes will be a cracking playerd.
Login to Quote